Making money through a good laugh? Sofia Franklyn surely knows how it’s done. She became famous in 2018 thanks to a comedy podcast, Call Her Daddy, which she co-founded and co-hosted with Alex Cooper. The show was witty, frank, and made instant stars of them both.

However, Sofia did not settle with this and used the momentum as a starting point for other projects and activities, eventually leaving the show.

Though her net worth and social media following remain impressive, many observers (including me) wonder whether Sofia is not already past the peak of her brief yet intensive career.

Let’s look at her background and professional history and find out what makes Sofia Franklyn special. 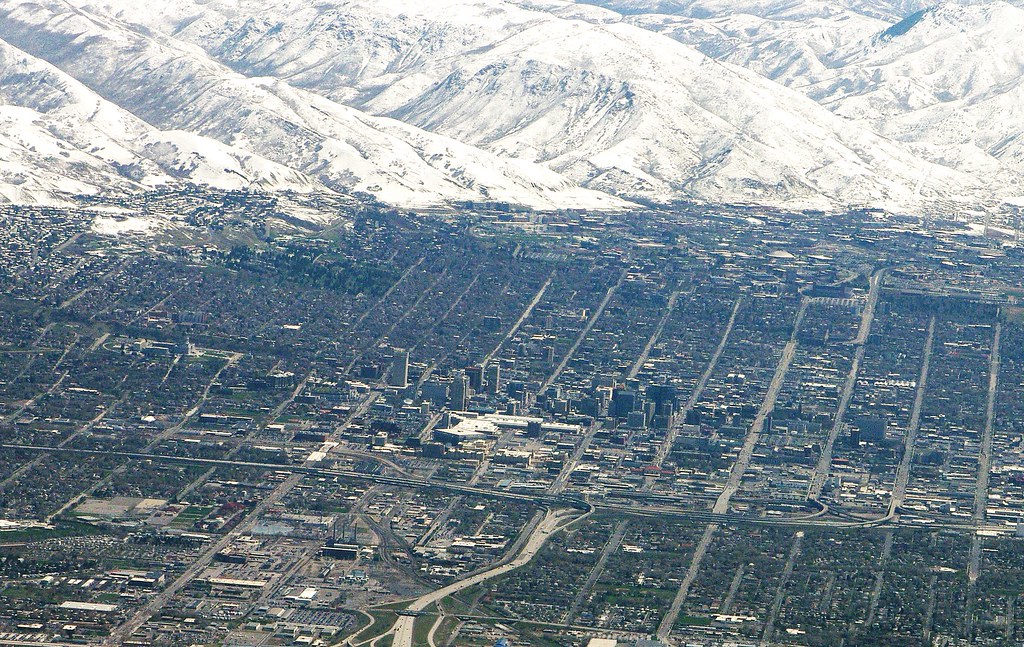 Sofia Franklyn was born on July 21, 1992, in Salt Lake City, Utah. Despite being very open about her relationships, friendships, and even sex life in her podcasts, not much is publicly known about her family background and relatives.

Sofia has a younger brother Lucas who just recently graduated. She is also reportedly very close to her mom Paola Franco, who is of Argentinian origin and still lives in Utah with Sofia’s stepdad.

Sofia went to an undisclosed private high school and completed her studies by earning a diploma in economics from the University of Utah.

While her career in the field ended almost sooner than it started, I believe that the knowledge and skills she acquired during her studies did not come in vain. However, not all her business decisions can be considered fortunate. 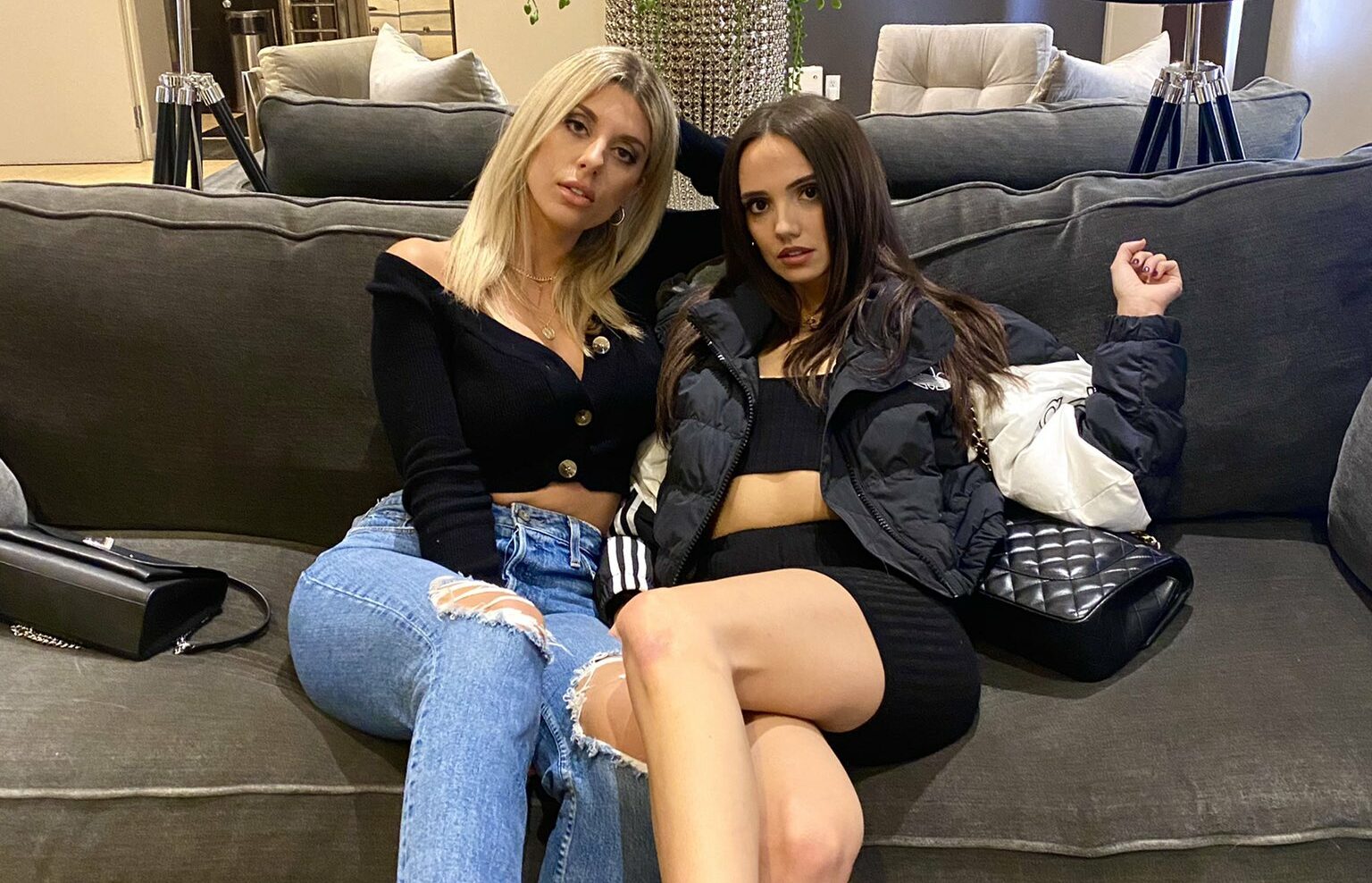 Little is known about Sofia’s professional life before she became a famous influencer and podcaster. Given the early age when she started recording Call Her Daddy, I guess she was probably just briefly out of school and had only a little working experience.

In one of her shows, however, Sofia mentioned working in finance when she first moved to New York after graduating. She never disclosed the exact company or position she worked at. In any case, she admits that she genuinely hated the job.

Then, a coincidence changed the course of her fate forever. 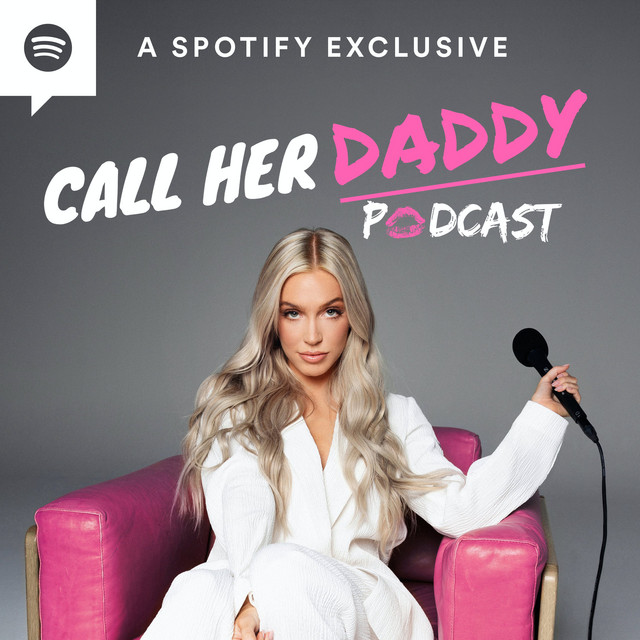 In 2018, when Sofia was looking for a new apartment, she met Alexandra Cooper, who was recommended to her by a mutual friend as a good match for sharing the rent.

At that time, Cooper was unemployed, trying, like many others, to make it big by vlogging on YouTube (see our YouTube competitors analysis if this field interests you). The two bonded over some drinks and spicy conversations about men and instantly became best friends.

When Alexandra later received an offer from a friend to try recording a podcast, she invited Sofia to join her, and the pair created the first four episodes of what would soon become known as Call Her Daddy.

After a few meetings, the girls agreed to a three-year deal with the company worth $70,000 first, $80,000 second, and $100,000 a third year for each co-host. However, the podcast became so popular that their salaries were raised in just three months of airing.

The podcast revolved around honest no-filter conversations on relationships, sex, fashion, and numerous other trending topics targeting the Millenials and Gen-Z listeners. It became a massive overnight hit and constantly grew for the next two years.

However, in 2020 after falling out with Dave Portnoy and Alex Cooper over her salary, Sofia suddenly decided to quit, and Call Her Daddy continues as Alexandra’s solo project.

Whether this was an impulsive idea or a thought-through business strategy, I believe it did not eventually turn out in Sofia’s favor. I’ll get into more details on this a little bit later.

Sofia With An F & Sofiafranklyn.com

After leaving Call Her Daddy, Sofia wasted no time and quickly founded her own media company, Sloot Media, intending to produce her new podcast on her terms.

In October 2020, the first episode of Sofia With an F, her first solo show, aired. Although, after 80+ episodes, it has a considerable fanbase, it is still a far less successful project than Sofia’s original work with Alex Cooper, ranking in the Top 100 on Apple Podcasts and Spotify at best.

Through her new website, Sofiafranklyn.com, Sofia also explores various other business revenue models, including selling her “I Have Options” merch, which was reportedly sold out several times over the last few years.

Since Sofia Franklyn started producing her solo podcast Sofia with an F in 2020, she also began releasing some of the episodes as videos. This full episode from June 28, 2022, is called Boy, You Just My Sneaky Link.

In this 2021 interview, Sofia Franklyn explains her departure from the Call Her Daddy podcast, talks about her past, experiments with drugs, and even reveals some of her future plans.

In this crazy 2019 video, Sofia Franklyn and her former co-star Alex Cooper give a tour of their Call Her Daddy New York City apartment. It provides a great example of Sofia’s witty, unapologetic, honest style of humor, which became her trademark.

Considering her age and all the opportunities she most likely has ahead of her, Sofia Franklyn is still only at the beginning of her career. Nevertheless, I believe she already made one mistake that could have cost her everything she had built so far.

During her time at Call Her Daddy, Sofia was at the peak of fame and earned more than ever. Nevertheless, as was later revealed, Alex Cooper, Sofia’s co-host in the podcast, secretly made considerably more than her co-star.

Although Alex was, according to her own words, raised to edit the podcast and manage its accounts on social media (which I find pretty plausible), for some reason, she decided not to share this with Sofia. Ultimately, this, combined with other factors, led to a catastrophe.

After the podcast’s first year, the hosts exercised their right to renegotiate their contracts. Stimulated by Sofia’s boyfriend, Peter Nelson, an executive at HBO, they believed they were heavily underpaid and submitted a long list of bold demands to Dave Portnoy.

Nevertheless, the producer found their demands so ridiculous he eventually stopped any negotiations for months, which fueled the pair under Nelson’s lead to pursue some other possible producers.

Eventually, Dave Portnoy made a new offer to the pair, including a massive pay raise and many other benefits. But while Alex was convinced to stay with Barstool and accept the offer, Sofia was not happy with this idea despite several additional improvements to the deal.

As a result, Alex Cooper decided to stay with Barstool Sports and continue releasing new episodes of Call Her Daddy alone, whereas Sofia terminated her contract and left for good.

Today, Sofia’s business claim bravely states: “I Have Options,” and I am pretty confident that this intelligent young entrepreneur will eventually come out the other end and find her way back to the top.

Still, considering that her ex-colleague recently signed a game-changing $60 million deal with Spotify on Call Her Daddy (the platform’s most expensive deal for a female podcaster so far), I see the affair as a huge misjudgment on Sofia’s side.

As of June 2022, Sofia Franklyn is not married yet and has no children. Since 2019, however, she had been dating HBO executive Peter Nelson, and the pair seemed to be stable and serious.

Nelson was also acting as Franklyn’s manager and was often referred to as the “Suitman” in Franklyn’s podcasts and videos. Unfortunately, the pair broke up in early 2022, as Franklyn revealed in her solo podcast.

Despite the common idea that the breakup came as a result of the Call Her Daddy affair I mentioned above, Sofia denies this. She insists that the pair drifted apart due to their intensive jobs and lack of intimacy.

At just 29, I believe this is a huge accomplishment, especially given that she is a self-made entrepreneur who is most likely just at the beginning of her career. 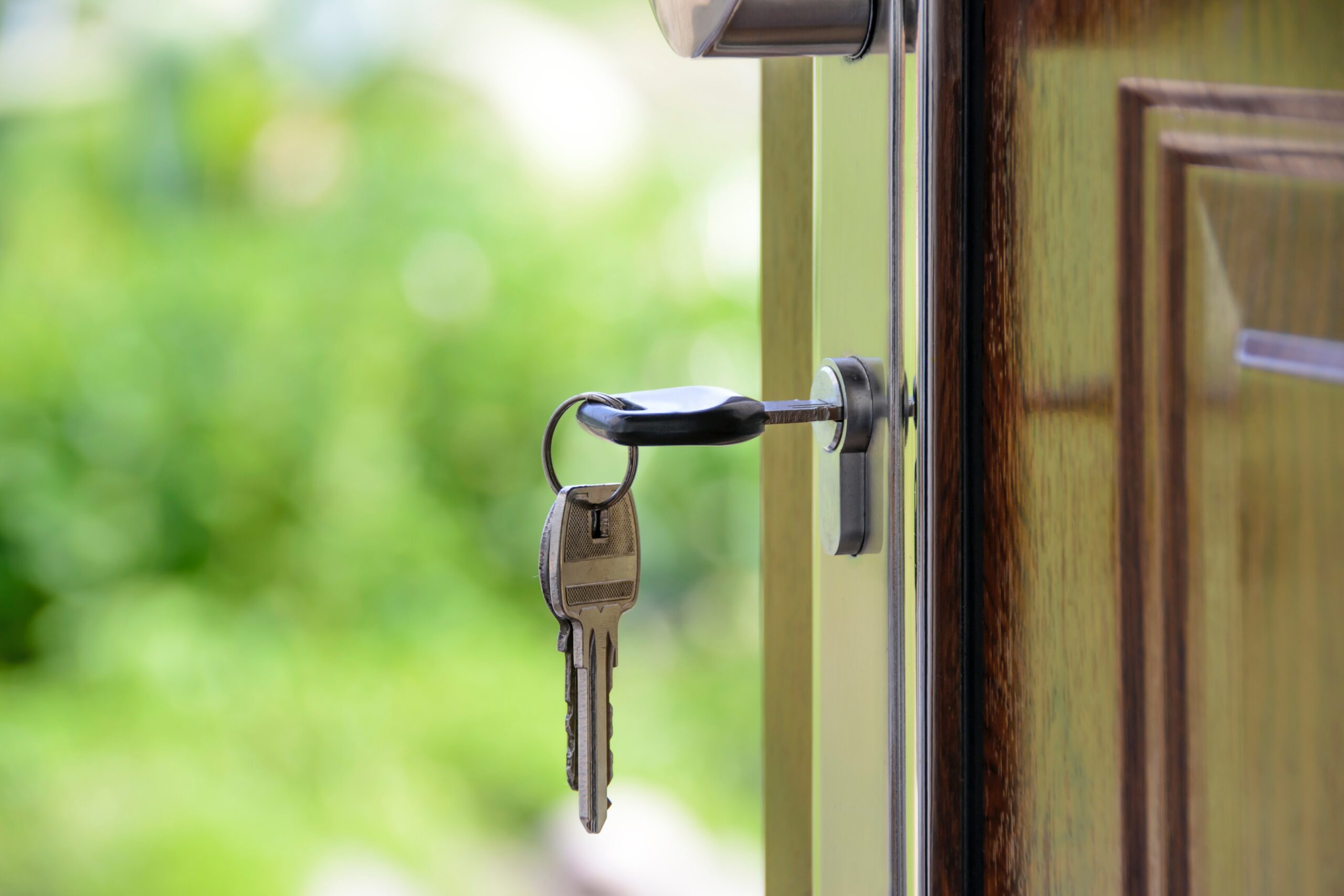 Little is known about Sofia Franklyn’s current real estate holdings, except that she has been living in New York City alone again since she broke up with Peter Nelson. Nevertheless, no present address of this famous podcaster is publicly available.

At the time when Sofia was co-hosting the Call Her Daddy podcast, she and her co-star Alexandra shared a 2-bedroom apartment at an undisclosed address in New York City.

Despite the two being already pretty well known at the time, the place became notorious thanks to a hilarious video tour during which Sofia and Alex revealed that many of their fittings were fished out of the trash and candidly showed the disarray and chaos in which they lived. 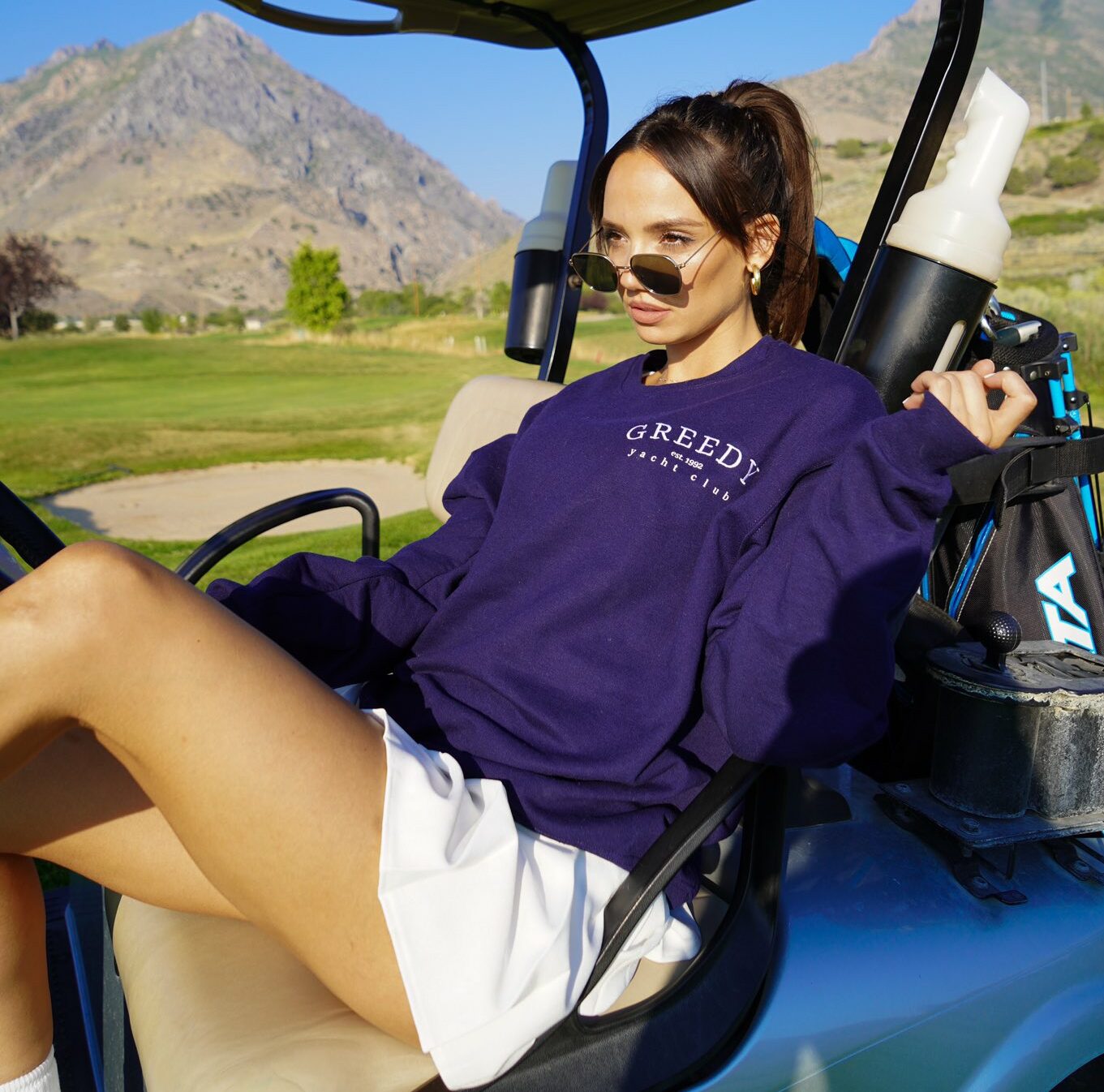 “Ladies, never let a man or anyone bully you into thinking you deserve less.”

“I send myself drinks from fake secret admirers on first dates so they know I’m in demand.”

“If you are gonna forgive your man for cheating, you must forgive the girl he cheated with too.”

“They need to make a Rosetta Stone for Twitter language. I cannot keep up.”

“Why go to the gym when u can just be in a toxic relationship?”

“If a person doesn’t have any friends from childhood or high school… run.”

“Emails and exes are the same: No matter how many times you unsubscribe, they always show up.”

Question: Who produces the new podcast of Sofia Franklyn?

Answer: The Sofia with an F podcast is produced by Sloot Media, a media company founded and operated by Sofia herself.

Question: Is Sofia Franklyn still with the “Suitman”?

Answer: Since 2019, Sofia has dated Peter Nelson, a producer who once served as HBO Sports president. Her podcasts often referred to him as the “Suitman” due to his typical formal attire. In May 2022, however, she revealed that they were no longer together.