In 1886, Dr. John Pemberton could never have fully comprehended his impact on the world. He is the creator of the sticky, caramel-like liquid that, 130 years later, we still know and love as Coca-Cola.

Back then, a glass of Coke sold for five cents. Only nine glasses of Coca-Cola were sold in the first year (1886). Today, the Coca-Cola Company is a global icon, with over 1.9 billion servings of soda being sold daily in over 200 countries. A can of Coke today costs around 80 cents (in June 2022) in the USA.

The Coca-Cola Company has grown at a rapid rate and has seen many changes, both good and bad. This Coca-Cola business history article will look at how this retail giant managed to stay ahead of the competition and get its brand into almost every household worldwide.

Coca-Cola has a strong history and took the world by storm with its clever marketing and advertising strategies.

After 130 years of success and a global pandemic, will this retail giant still be at the top in the future, or will the company – eventually – fizzle out?

Coca-Cola has been in the non-alcoholic beverage business for more than a century.

Let’s take a glance at some of the mega company’s highlights over the last 100 years (and some):

Taking a Look Back: Where Did the Coca-Cola Company Begin?

The Coca-Cola Company had humble and hard beginnings. What started as one man’s dream for a new kind of medicine or product guaranteed to bring him wealth slowly snowballed into one of the world’s most prominent icons.

Here’s a closer look at where and how the Coca-Cola Company began:

Dr. John S. Pemberton, fondly known in his hometown Atlanta as Doc, unknowingly stumbled upon a mixture that would keep his name alive for years to come. Doc was looking for the next “it product,” and he dabbled in a few different products such as pills and hair dyes.

Unfortunately, none of these products were successful. Eventually, with the help of Frank Robinson (an American marketer and the company’s bookkeeper), he started brewing different syrups for soda fountains (the latest craze amongst the locals).

Did you know? The syrup was initially meant to be a tonic for common ailments. It was made from cocaine and extracts from the kola nut. In 1903, the Company removed cocaine from the formula.

On May 8, 1886, Doc Pemberton served his first glass of Coca-Cola at the Jacob’s Pharmacy soda fountain. His bookkeeper Frank Robinson gave the syrup its name. He wrote the name down in his usual handwriting, and it has been the same ever since.

Doc Pemberton cottoned onto the soda fountain craze and used it to his advantage. Back then, soda fountains were social and public spaces where friends and family could socialize over a glass of carbonated soda.

Today, we still have soda fountains, and they’re usually found in restaurants and pubs. So, they are still popular today.

Did you know? Coca-Cola invented the six-pack.

A Partnership Is Formed

With Frank Robinson’s advertising and printing background, Doc started selling his syrup to local soda fountains. A glass of Coca-Cola back then was 5 cents. Slowly, the carbonated drink gained popularity.

Another local pharmacist (who also happened to be a business tycoon and politician), Asa Candler, took ownership of the business in 1888 for $2,300.00. The Coca-Cola Company was incorporated in 1889.

Asa Candler registered the Coca-Cola trademark in 1893. With his connections and experience, Coca-Cola syrup sales soared from 9,000 gallons in 1890 to 370,877 gallons in the 1900s. Candler ensured that Coca-Cola was sold in every US state.

Did you know? Doc Pemberton intended for his son, Charley Pemberton, to inherit the Coca-Cola Company. Unfortunately, Charley was an opium addict and died in 1894. Sadly, Doc Pemberton would never know just how much money his syrup made (and is still making today). He developed stomach cancer at the age of 57, and he succumbed to the disease on August 18, 1888 (just two years after he brewed the iconic syrup in his basement).

Pemberton was addicted to morphine and could no longer support his family. That’s when he sold sections of his company to various partners. Before his death, he sold what was left of his company to Asa Candler.

Did you know? When Pemberton first brewed the syrup, it was an alcoholic tonic, and he called it French Wine Coca.

The Company knew that sport was a huge social event, and they honed in on this fact. Baseball players were used in adverts, which showed thirsty fans enjoying a refreshing glass of Coca-cola while watching the game.

Coca-Cola brought America happiness and motivation during World War II. The Company made one of its smartest moves and shipped its soft drinks to the military in the US to motivate the soldiers.

Everywhere you looked, advertisements showed that Coca-Cola supported the American troops in the war. The adverts showed drawings of smiling soldiers with the words “Howdy, friend” and “I’m loyal to quality.”

By using this clever advertising tactic, it gave the impression that American soldiers endorsed the brand. This was vital to the people back then, resulting in loyal customers and international exposure to the Coca-Cola brand.

The advert gave the soldiers and the country a sense of patriotism. And there you have it. An American icon was born.

Jumping to the Present: Where Is Coca-Cola Now? More than 100  years later, Coca-Cola is still working its magic. The Company is always looking for innovative new products and trying to improve them.

The Company has gone from an American to a global icon, and I doubt there is a household around that does not recognize the Coca-Cola sign.

This beverage company has more than 200 brands that range from sodas to sparkling water, teas to coffees, juices, and even kombuchas (fermented tea).

All of these beverages are sold in more than 200 countries. Jumping to the present, let’s take a look at where Coca-Cola is today:

Here’s a look at a few of the sparkling water drinks they have available today: Hydration drinks bring in a reasonable amount of revenue for the Company. The industry estimates hydration drinks will significantly impact growth in the beverage sector through 2025 (contributing 45% of the incremental volume and 20% of the cumulative value).

A few examples are: The Coca-Cola Company extended its portfolio by adding kombucha to its long list of successful products. The Company acquired the Organic & Raw Trading Co., and they make the kombucha brand Mojo.

The Company prides itself on constantly bettering the quality of drinks and meeting the needs of its customers. They have also added low-calorie and sugar-free drinks to their portfolio, such as:

Here’s a brief look at some of Coca-Cola’s achievements in the first quarter of 2022:

Now that we are familiar with this global icon’s history, let’s get into the details of Coca-Cola’s business model and how this company makes its money.

Revenue and Cost of Operation The finished product business consists of bottling, selling, and distributing the end product. The Company has also targeted retail outlets through Costa Limited, which has over 4,000 Costa coffee shops and 13,000 self-service coffee bars worldwide.

The finished products are sold to distributors and wholesalers, who then sell them to retailers.

Over the last 130 years, the Coca-Cola Company has used marketing and advertising to get its brand out there. The Company employs a differentiation strategy, allowing it to stand out from other competitors in the non-alcoholic beverage industry.

So, how does Coca-Cola do this?

The Company created a product and service that is appealing to its customers. Staying true to the customer’s wants encourages people to remain loyal to the Coke brand and purchase their products. They market their products through:

One of Coca-Cola’s most significant marketing successes is that they’ve made the brand more prominent and more important than the actual product. They don’t simply sell a soft drink in a bottle. Coca-Cola is selling happiness in a bottle.

Customer and employee satisfaction is essential to the Coca-Cola Company. They like to engage with their customers and employees and get their feedback. The Company launched the Magic Weekends campaign, which is part of the Real Magic platform.

This campaign helped the Company improve the consumer’s online purchasing experience by meeting and engaging with their consumers at the point of sale.

Doing this makes the employees and associates feel like part of the “family,” which drives productivity.

Accusations and Competition: Will Coca-Cola Remain in the Lead?

Even though Coca-Cola has stood the test of time (130 years to be exact), it has faced difficulties and many accusations since the 1990s. Prominent accusations such as product safety, anti-competitiveness, pollution, and unethical behavior (to name a few) are at the forefront.

Coca-Cola has several worthy competitors, such as Red Bull, PepsiCo, and Tetra Pak. The 2022 Competitors Report ranked Coca-Cola 2nd in the product quality score. Redbull took first place. Based on this report, Coca-Cola has fallen behind in the rankings in several areas. The Covid pandemic also greatly affected the brand.

James Quincey, current CEO of the Coca-Cola Company, and his team are working hard to improve their compliance systems and climb the ranks. The Company has recently introduced new developments, which are inspired by their “Refresh the World” and “Make a Difference” campaigns. 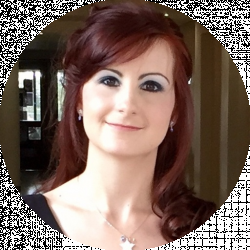 Denine Walters
With over a decade of experience as both a project manager and writer, Denine Walters is an established business strategist who loves delving deep into strategies that can help businesses grow. Denine has an impressive track record in project management, helping to write comprehensive business plans, assessing markets and customers and creating financial projections to help ensure success in any business plan. Today, Denine likes to share her insights here on Business Chronicler to help others navigate the world of business.