Founder, Steve Ells, had a dream after graduating from the Culinary Institute of America of opening a fine dining type restaurant. Chipotle was going to be the means of helping to make this dream come true. Starting out with an $85,000 loan from his dad, Steve opened his first Chipotle in Denver, Colorado.

Using as little money as possible on building materials to renovate a small, abandoned ice cream shop, Ells purchased plywood for stools and chairs, pipes for table legs, and barn metal for walls. He was able to open his first Chipotle restaurant in 1993 serving tacos and burritos.

Not realizing the revolutionary dining experience this type of décor and environment would bring, it ended up being instrumental in branding the type of food served in a new and unusual atmosphere.

To this day, not too much has changed in the décor and style of serving customers from the original Chipotle that was started just down the road from the University of Denver. Since things were going better than expected, Chipotle pushed Ells dream of a full-scale fine dining type of restaurant with white tablecloths to the side.

Breaking the mold for fast-food rules, Chipotle prefers fresh whole ingredients, prepares everything in house as a classy restaurant, and then serves customers in an interactive way, allowing customers to pick and choose exactly what they want.

This type of service is catching on quickly as customers see that their food hasn’t been sitting under heat lamps, but is in fact fresh and hot when served.

At first, Ells was purchasing and serving meat products he felt were as natural and organic as possible for his restaurants. However, he came to realize that it needed to go much deeper than just freshness.

After observing a pig farm and how the pigs were confined inside a building 24/7, Ells was disturbed enough to stop purchasing pork, and various other meats that were raised on industrial farms.

Ells started purchasing his selective meats for his restaurants that were raised on open ranch farms instead. Chipotle, at one time, was known for purchasing more naturally raised meat than any other restaurant company in the world.

Not only was Ells concerned where his meat came from, he also considered it important to choose freshness when it came to his toppings. Chipotle purchased cilantro from organic farms while using locally owned farms to stock their toppings of lettuce, peppers, and oregano.

Chipotle’s focus on ingredients and services soon took up the mission statement, “Food with Integrity,” which in turn has been very profitable for Chipotle and has been extremely inviting to their customers.

Unlike Chipotle’s competitors, Chipotle’s menu has basically stayed the same since the opening of their first store in 1993. Having a simple menu and not constantly adding new items to that menu helped keep Chipotle financially focused.

While many other restaurants constantly put money into advertising, Chipotle does not. Keeping it simple also was a plus in not having to train and teach their employees how to fix any new items.

Fixing your own taco or burrito allowed Chipotle’s customers to come up with several different combinations and flavors to enjoy. That meant it really wasn’t necessary for Chipotle to consider adding new items to their already pleasing menu. One item that they did add, however, was their Sofritas.

Sofritas focuses on a vegan filling made of tofu and were first offered in their California restaurants as a test run before adding it to their menu nationally. Sofritas are widely accepted and enjoyed by vegans but also draw the attention of non-vegetarians.

Bringing on a Challenge to Their Competitors

Competition doesn’t bring harm, but it does bring better direction and more challenges to a company. Acquiring the name Fast Casual for this type of dining has been readily accepted among competitors.

It’s bringing to light additional ways to improve and adjustment, not just for Chipotle, but for other individual dining facilities to make it work for them.

Competitors may not offer full table service, but they are offering a higher quality of food and a better atmosphere. Fast Casual is the fastest growing type of restaurant business right now in the United States.

People culture is an important aspect that companies of today are watching and using whenever possible. Chipotle takes people culture to another level. They don’t just say it, they work it. In the beginning days, C-level executives of Chipotle made it a mission to visit their restaurants and interview every employee throughout the year.

Their goal was to make each employee feel at ease while checking on what’s taking place at the restaurant. High priority to the early day’s executive was their team and how that team worked together. Chipotle desired to hire better people to help upgrade the culture of the restaurant.

Reliable, discernable, and personable store managers were the heroes that Chipotle’s early day executives sought for, trusting that they knew how to make the correct, decisive move when hiring the most qualified person for the completion of their team.

By the year 1998, five years after the opening of the first Chipotle, Ells had opened 3 Chipotle restaurants, 2 in the state of Colorado and 1 in Kansas City, Missouri.

During this time, McDonald’s had been interested in what was taking place within this new establishment and started making minor investments into the Chipotle company.

As Chipotle continued to prosper, McDonald’s became their largest investor in 2001. Upon this investment, expansion of the restaurant began to explode. By the year 2005, over 500 restaurants were in business and Ells perceived it necessary to appoint Monty Moran as president and chief operating officer of his stores.

After 8 years of investments, McDonald’s parted ways with the Fast Casual food chain as well as several other food chain investments, so as they could focus more on their own restaurant food chain. 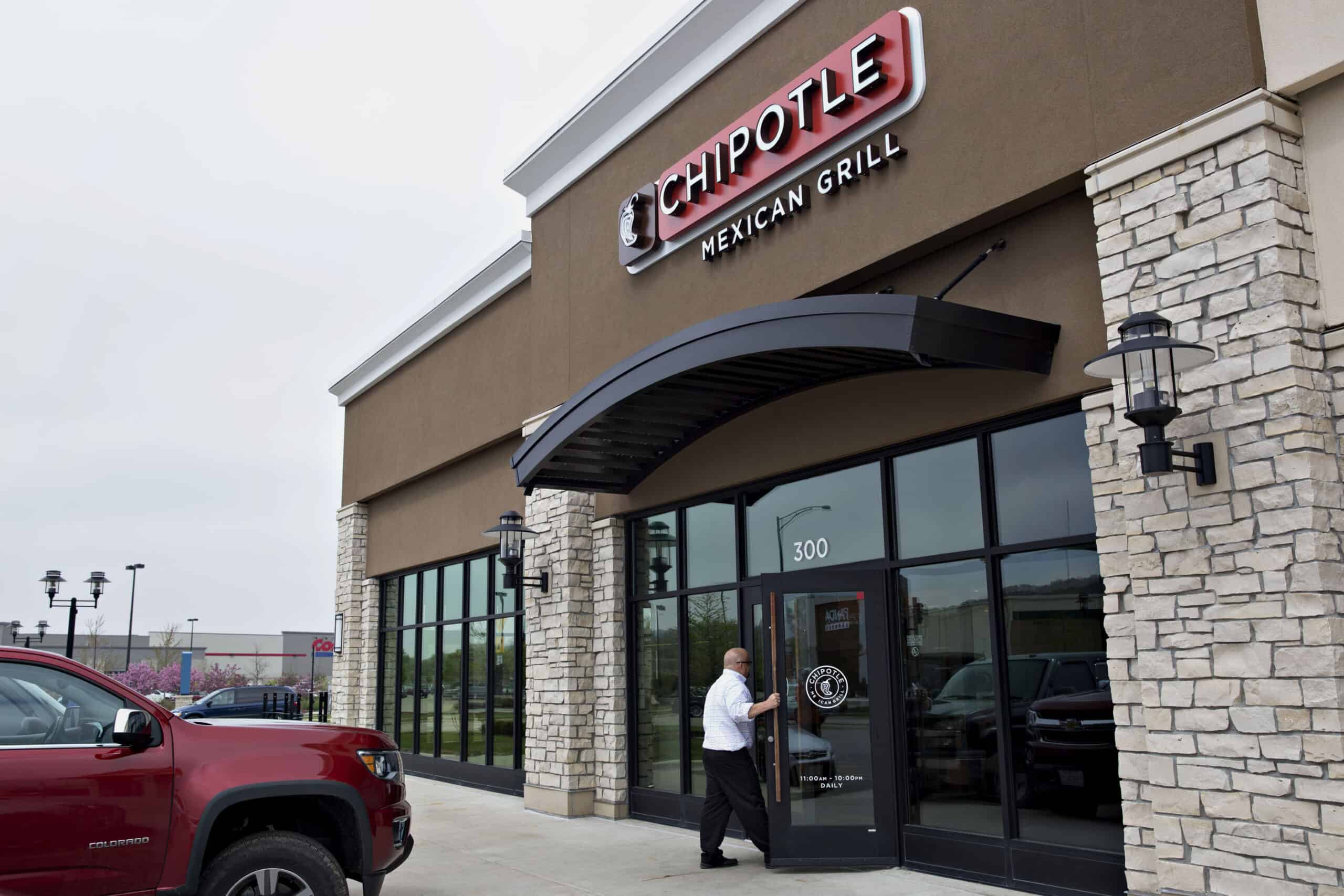 A Comparison of Mexican Fast Foods

With such a variety of flavorful Mexican fast foods, how does one determine which one is best? There are several factors that run through one’s mind when choosing where to eat. Factors such as pricing, quality of food, service, and location.

Pricing among most Mexican fast-food restaurants isn’t much different from one another for a basic meal. It all lies in what type of meat you choose along with any extra toppings. Watch out for the way the restaurant offers a meal.

For instance, they may offer combination meals that make your meal cheaper than ordering a la carte. You’ll find that individual pricing can add up to be more than expected.

Nutritional value is a highly regarded bit of information customers of the twenty-first century like to know. Chipotle is known for their fresh, organic ingredients and open range meats.

Chipotle’s competitors don’t exactly state where their choices of ingredients or meats are purchased but they do post the nutritional values of their meal ingredients.

Services are vastly important and should be as high on the list as any one of these other factors. Friendly smiles and a “Welcome,” spoken as you walk into the establishment are always a plus and bring an appetizing atmosphere.

It’s always nice to have your favorite restaurant close at hand and easy access. But when push comes to shove and you love your Mexican food place, you’ll do anything to get it no matter where it is located.

Qdoba is considered a fast casual restaurant like Chipotle, but it comes from the owners of Jack in the Box. As crazy as it may seem, Qdoba is also a Denver established restaurant chain and in 1995, opened its first store just four miles from the first Chipotle restaurant, two years after the 1993 opening of Chipotle.

Amazingly, this restaurant was very successful from the start and still is in business today.

After going through several name changes, some of which brought on lawsuits, the name, Qdoba, was brought to birth by an ad agency in 1999.

Qdoba has gone through several difficult law situations from its rival competitors. Situations that have gone as far as not allowing Qdoba to open a store in a shopping center in Shrewsbury, Massachusetts because of a signed contract by Panera, stating that Panera would be the only sandwich store allowed in the shopping center area.

The judge overseeing this case agreed with Qdoba stating that, “A sandwich is not commonly understood to include burritos, tacos and quesadillas, which are typically made with a single tortilla and stuffed with a choice filling of meat, rice and beans.” The judge’s ruling allowed Qdoba to open for business.

This particular Qdoba has since closed, but a new restaurant located elsewhere in Shrewsbury, Massachusetts area allows other competitors like Chipotle and Moe’s to take on the Panera Bread competition from across the street.

Qdoba also wanted a healthier menu, as did Chipotle, consisting of vegetable oils rather than the customary animal fats. They were also in the market of offering fresh vegetables and herbs as often as possible. However, you won’t find a tofu option on their menu.

Often referred to as Moe’s, this fast casual restaurant was birthed in the year 2000 down in Atlanta, Georgia. Even though Moe’s had less than half the number of locations than Chipotle, in 2016 Moe’s was considered the “Fast Casual Mexican Restaurant of the Year,” according to survey that was taken from Harris Poll Equi Trend.

Moe’s menu offers a of great assortment of savory Mexican foods like its competitor, Chipotle. Moe’s doesn’t advertise their preference of where they obtain their ingredients, but they do list the nutritional value of their purchased ingredients for their customers.

They offer additional protein choices as does Chipotle, including pinto or black beans. Their meat protein consists of brisket, pork, natural white or dark adobo chicken, steak, or ground beef and they even offer an organic tofu filling for vegetarians, as does Chipotle.

Moe’s goes all out when it comes to their menu options. They have an assortment of burritos, tacos, quesadillas, burrito bowls and salads. Moe’s totally surpasses its competitors when it comes to toppings. Who can pass up the options of grilled mushrooms, olives, cucumbers, fresh jalapenos, along with diced tomatoes and onions?

Their options on southwest ranch, rock and roll and southwest vinaigrette sauces are another hard choice for customers. Unlike Chipotle, Moe’s offers three different types of meal kits including a taco kit, fajita kit and a nacho kit to take back home to your party. For those who love fast casual Mexican, there are quite a few options you may want to consider, but Chipotle is one of the most well-known. These frequently asked questions will help you learn a bit more.

Question: Who is Chipotle’s Biggest Competitor?

Answer: Some of Chipotle’s largest competitors include Qdoba, Moe’s Baja Fresh, Rubio’s, and even Taco Bell. Surprisingly, Taco Bell has started to improve the quality of their food, which means you can expect fresher ingredients, although sourcing is unknown.

Question: Why is Chipotle so Expensive?

Answer: Chipotle prides itself on responsible sourcing and fresh ingredients, which costs more to acquire and maintain. They aim for quality and consumers benefit from pure ingredients that are healthier for them.

Question: Does McDonald’s own Chipotle?

Answer: It’s a common misconception that McDonald’s owns Chipotle, but up until 2006, they were Chipotle’s largest investor. They withdrew their investment in the company in 2006 and no longer own a stake in Chipotle.
However, you may find it interesting that former CEO of Taco Bell, Brian Niccol, is now the CEO of Chipotle.

Your fast casual Mexican meal of choice will depend on your preferences. Chipotle is the original, and their menu remains familiar to everyone who steps foot inside.

However, if you want free guac, you’ll have to look at Qdoba. And for all of the extra toppings you can handle, Moe’s just might be your favorite. 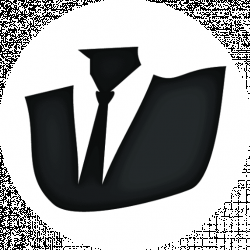