Cisco Systems, Inc. is a multinational Internet company that designs, manufactures, and sells networking equipment, software, and related supplies. It’s by far the world’s largest networking company, with a market cap of $233.85 Billion as of August 2021.

It also offers a broad range of services, including selling network design, consulting, and implementation services to support the operation of its equipment.

Over the years, the company has expanded its product line and services through acquisitions and internal development. To help expedite its expansion, Cisco acquired other companies related to its core business or industry.

Among them, WebEx communication Inc. acquired for a 20% premium above the current stock price on the 15th of March, 2007. It also acquired App Dynamics, a cloud application management provider, on the 24th of January 2017 for a whopping $3.7 billion among other companies.

Since its inception in 1984, it has acquired well over 200 firms to expand its business. It has also engaged in partnerships with other firms to enhance its operations further.

A recent example of such an alliance was with Microsoft, Inc., signed on the 4th of November 2019 for collaboration in the cloud computing sector with Cisco’s WebEx; the deal involved licensing arrangements and exchange of expertise between both parties. 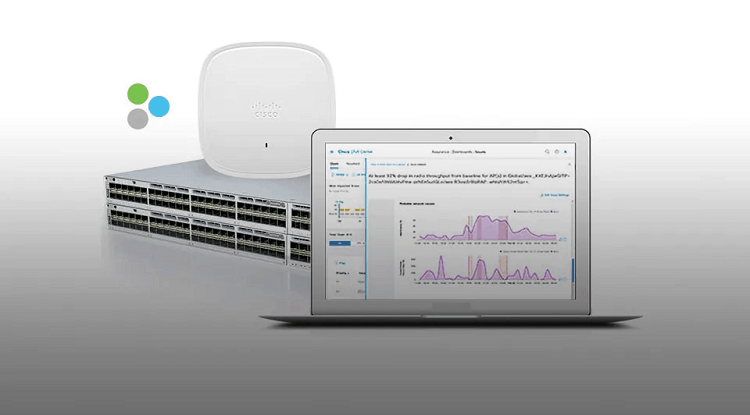 The largest competitor is not a single company but the entire industry, including the open-source movement consisting of many companies like Juniper Networks, HPE Aruba, Huawei, Arista Networks, Netgear, Extreme Networks, and Dell Technologies.

Below is an in-depth analysis of Cisco’s competitors:

HP’s deal with Silver Peak saw it acquire SD-WAN for $925 Million to give Aruba HPE a competitive edge over Cisco. For a long time, Cisco has dominated the networking industry.

However, with the deal in play, Aruba HPE is likely to be a formidable competitor to Cisco in the enterprise SD-WAN market, furthering HPE’s hyper-convergence plan. The acquisition of Silver Peak also gives Aruba HPE a strong foothold in the channel segment.

Juniper Networks is a US-based multinational corporation that provides internet infrastructure equipment, cloud networking, and security products. It was founded in 1996, by Pradeep Sindhu, with headquarters in Sunnyvale, California, San Jose.

It has seen rapid growth in recent years, largely due to its new products and innovations. It’s among the pioneer manufactures of routers and switches which primarily compete with Cisco products.

The global router and switch market is expected to be worth $41.03 billion by 2022, growing at a CAGR of 7.7% from 2021 to 2026. Juniper Networks has a good chance of taking significant market share away from Cisco and Huawei during this period due to its improved pricing strategy and extensive customer list.

It achieved a 9.0 percent increase in combined enterprise and SP router sales, although there was a 0.7 decline in overall SP switch sales. Currently, it controls 10.8 percent of the global router market, with its nearest rivals being Cisco with a share of 32.9 percent and Huawei with 32.9% market share.

Juniper also acquired Apstra, a leader in intent-based networking solutions, as part of its networking strategy. This brings forth an unmatched, highly scalable operating system that can be deployed in next-gen data centers and cloud environments.

With Juniper’s mist AI and IoT strategy and its MX series, a high capacity unified edge routers for IoT solutions, there is little Cisco can do to fight back. 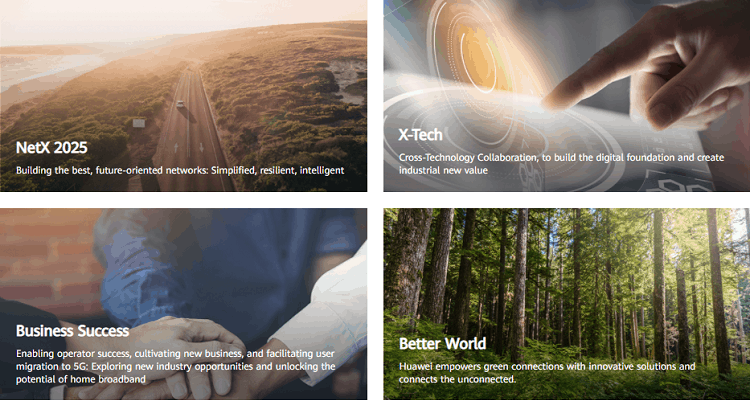 Huawei Technologies Co. Ltd is a multinational networking and telecommunications equipment and services company founded by a former engineer in the People’s Liberation Army in 1987.

The technology company has its headquarters based in Shenzhen, Guangdong Province, China, with regional headquarters in Brussels (Europe), Singapore (Asia-Pacific), and Dallas (Americas).

Huawei has seen significant growth in the recent past with its business portfolio spanning IT and communications, IPTV, cloud computing, enterprise data centers/cloud storage, and mobile/fixed-line networks.

Despite the recent political drama, Huawei has a big potential to swallow up market share from Cisco and other enterprises. IDC indicates that, although its Ethernet switch revenue dropped by 1.5 percent in the first quarter of 2020, it recorded 4.8 percent overall switch revenue growth for the entire year.

In addition, its combined enterprise router and service provider revenue rose to 6.0 percent with a total market share of 32.9 percent, similar to Cisco.

Cisco believes that for enterprises to realize the value of IoT fully, they must also have cloud solutions with sophisticated analytics and automation capabilities. This, coupled with its integrated mobile services and video solutions, including virtual reality (VR), makes Huawei a formidable foe against Cisco.

This is because it can provide full-cycle IoT solutions on one hand while providing business continuity and data security through Cisco’s own Network Services Orchestrator (NSO) platform on another.

Arista Networks Inc. is a US-based multinational corporation that specializes in computer networking products. It was founded in 2004 by Andy Bechtolsheim, David Cheriton, and other former Cisco engineers with headquarters based out of Santa Clara, California. It competes with Cisco in offering high-performance, scale-out network platforms, and applications for cloud data centers.

Arista is a pioneer in the production of next-generation intelligent networks. They were among the first to introduce programmatic control over virtualized computing systems along with server virtualization, software-defined networking (SDN), and network function virtualization (NFV). This has been key to their success against competitors such as Cisco.

The recent acquisition of Big Switch Networks, the cloud-first networking platform provider, is critical in enabling Arista to take on Cisco. At the same time, their EOS (Extensible Operating System) software platform will be combined with Big Switch Network’s technology to achieve new heights. 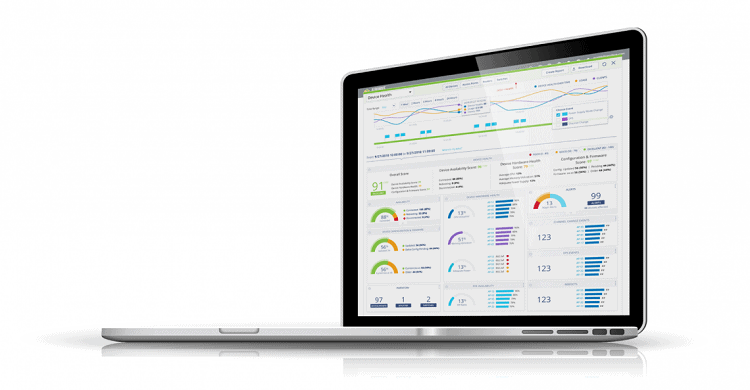 Extreme Networks is an American multinational corporation that develops and markets networking products and services for large enterprises, mid-market, and small businesses. The company was founded by Gordon Stitt, Herb Sneider, and Stephen Haddock in 1996.

Its competitive advantage against Cisco is due to its incline in cloud computing and SDN. It provides virtualized infrastructure solutions that use cloud computing with its BigIQ technology to deliver end-to-end wired/wireless networks. The company’s converged approach enables high-speed networking, security, and voice solutions.

It features converged platforms built to provide the highest levels of network flexibility and scalability for any business environment, whether it’s a data center or an enterprise campus. In 2019, it acquired Aerohive with its 30,000 cloud wireless LAN customers.  Aerohive was one of the major players in machine learning, AI, and cloud management. 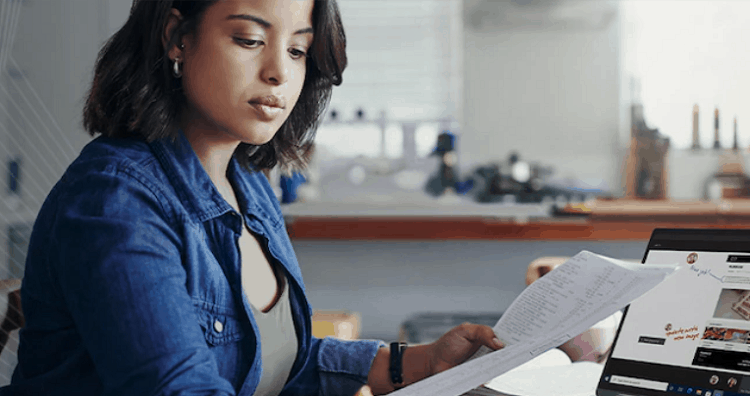 Dell Technologies Inc. is a multinational corporation founded in 2016 as a merger of Dell and EMC Corporation, both American companies.

The new company combined Dell’s software solutions with the virtualization products of EMC, such as the VMware vSphere platform, Pivotal Software platforms, ushIO unified storage appliances, RSA security products, and Virtustream cloud infrastructure services to create a comprehensive portfolio providing end-to-end IT automation capabilities. It operates with headquarters based out of Round Rock, Texas.

A report by IDC indicates that Dell controls 32.9 percent of enterprise storage systems market share. It provides its customers with private cloud products for storage, networking, computes, and other services.

Dell is another major competitor to Cisco for the IoT market share in network systems. They offer solutions that integrate physical and virtual network components into a single platform through their VxRail appliances, which comply with the OpenStack open-source software.

They have data center solutions such as Dell EMC Isilon Systems, PowerEdge Servers, Latitude notebooks/tablets that can combine these devices’ hardware capabilities with virtualization technology.

NetGear, Inc. is an American manufacturer of networking hardware and broadband access products based in San Jose, California. It was founded by Patrick J. Lo in 1996 and incorporated in Delaware.

The company’s primary competition comes from Cisco Systems. They are both leaders in the network equipment industry since they offer cutting-edge solutions to clients for various needs ranging from home to business settings.

The Netgear Orbi system allows users to create their WiFi mesh networks so that there’s reliable high-speed internet coverage wherever they go without dealing with dead spots or bandwidth issues.

Its compact-sized switches are perfect for small spaces like apartments, condos, or bedrooms and enterprise setups, especially in large offices, warehouses, or even retail stores. Such innovation is what gives Netgear an edge over its competition in the networking hardware industry.

How Cisco Stands Out

Cisco has kept a tight rein on the networking equipment market with no intention of letting anyone get an edge over them. The company has proven it is constantly innovating and developing revolutionary products that would put anyone else to shame.

A lot of this can be attributed to Cisco’s groundbreaking technology, which uses AI, machine learning, and other complex technologies to automate all operations needed for businesses to run smoothly.

They have many products like ACI that operate on the concept of programmable infrastructure, which is a method businesses automate their operations by creating plans for network components instead of operating them manually. This allows people to control how everything runs without monitoring specific tasks and processes all day long.

To put it into more simple terms, this means less work for fewer employees while increasing productivity all at the same time.

Cisco has also kept abreast with technological advancements to offer new solutions each year or even sooner than other firms. As a result, they consistently develop new products that set them further apart from their competition.

Question: Which is the largest Networking Company in the world?

Question: What is Cisco’s Competitive Advantage?

Answer: Cisco’s competitive advantage lies in its ability to develop products based on a unified architecture, including a uniform set of hardware and software components that are adaptable across the different product ranges.

Question: Who is Cisco’s Biggest Competitor?

Answer: Cisco provides various products and services that rival companies such as Juniper, Huawei, Dell Technologies, Arista, and many others in the industry. All these companies are Cisco competitors across their niches.

Question: Why do Customers choose Cisco?

Cisco is one of the leading networking equipment manufacturers, competing for customers against Juniper, Huawei, Dell Technologies, Arista, and many others. Cisco has maintained its leadership position by consistently introducing new technologies that have differentiated it from its rivals.

One of Cisco’s competitive advantages is its ability to develop products based on a unified architecture, including a uniform set of hardware and software components that are adaptable across their different product ranges.