Matterport Inc., [NASDAQ: MTTR] is a California-based spatial data company that provides 3D and virtual reality-enabled visualization. The Company uses a camera and cloud technology to capture three-dimensional spaces and produce immersive and navigable virtual reality (VR) and 3D models. Since its founding in 2011, Matterport has grown from an expensive 3D cameras manufacturer to a subscription-based cloud service with more than 15 billion square feet of data in its portfolio.

Since then, Matterport has shown immense growth, with reports indicating its presence in more than 5.6 million spaces. It boasts more than 404,000 subscribers in more than 150 countries globally. Its Q2 2021 financials recorded $29.5 billion in revenues representing a 21 percent growth from Q2 2020. Matterport’s most significant chunk of revenues comes from subscriptions at 15.381 billion. Its license revenues, at $2.09 billion, and other product and service sales, at $12.123 billion.

Matterport has established itself as an industry leader in the 3D space. Its success can be attributed to its unique business model, which allows it to control all aspects of the VR/3D ecosystem, from hardware development to content creation, processing, distribution, and monetization. This approach places Matterport in a stronger position to achieve market dominance in the long run.

It operates under a freemium business model, where the basic service is available for free. However, users will need to pay a premium subscription fee to access better features and functionalities of its cloud platform, such as uploading the files to their websites. Moreover, Matterport implements strategic pricing for its services, encouraging early adoption to grow its user base. For instance, customers will pay between $10-$300 depending on the number of users and the tools they need.

Matterport is focused on developing a comprehensive software ecosystem to capitalize on its existing market share. Over the past few years, it has invested in creating a completely immersive experience beyond capturing and viewing a 3D model of a space. For instance, with Matterport’s reach being expanded to mobile devices, users can now explore the model through a mobile application and experience the area from any vantage point. 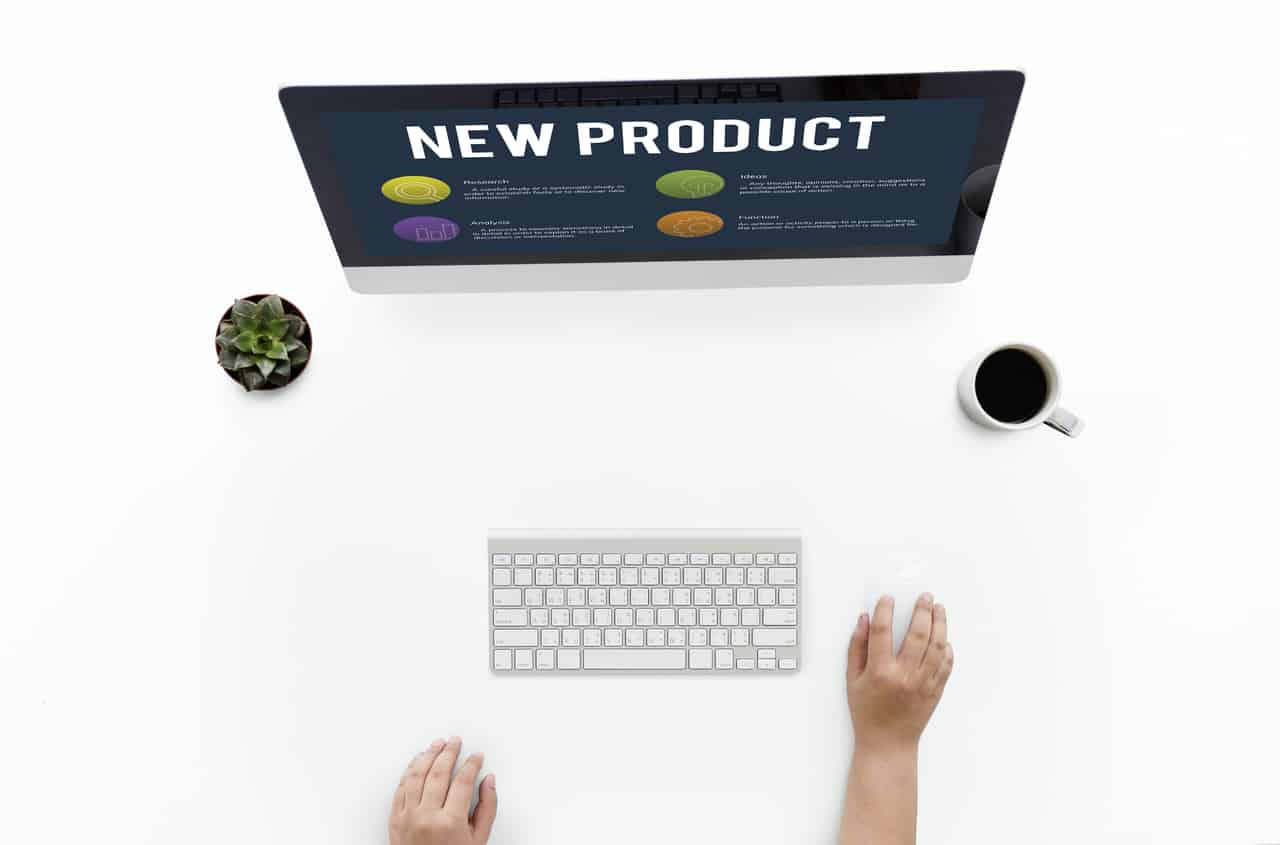 Matterport competes in a highly dynamic environment with both large and small companies. To triumph, Matterport must have a plan in place to respond to market changes quickly. This section analysis some of Matterport’s competitors in terms of their market cap, revenues, product offerings, competitive advantages, and business strategies.

Zillow Group Inc., [NASDAQ: Z] is a Seattle-based real estate market intelligence, and consumer brand focused on empowering consumers with data, inspiration, and knowledge around the place they call home. Zillow Group, Inc. had a market cap of $22.10 billion as of October 2021, with Q2 2021 revenues of $1.31 billion up 70 percent year over year.

Despite the extensive product offering across the real estate segment, Zillow Group remains active in the 3D space competing with Matterport in providing virtual walkthroughs for potential home buyers. Its major competitive advantage lies within its access to a significant amount of data on the real estate market.

While Zillow 3D tours provide an immersive but straightforward mobile application that enables users to create their 3D tours, it falls short in terms of features as the results are often just a scratch-off the surface. Matterport, on the other hand, allows users to create professional-grade 3D tours with advanced features such as panoramic views and detailed site/floor plans. 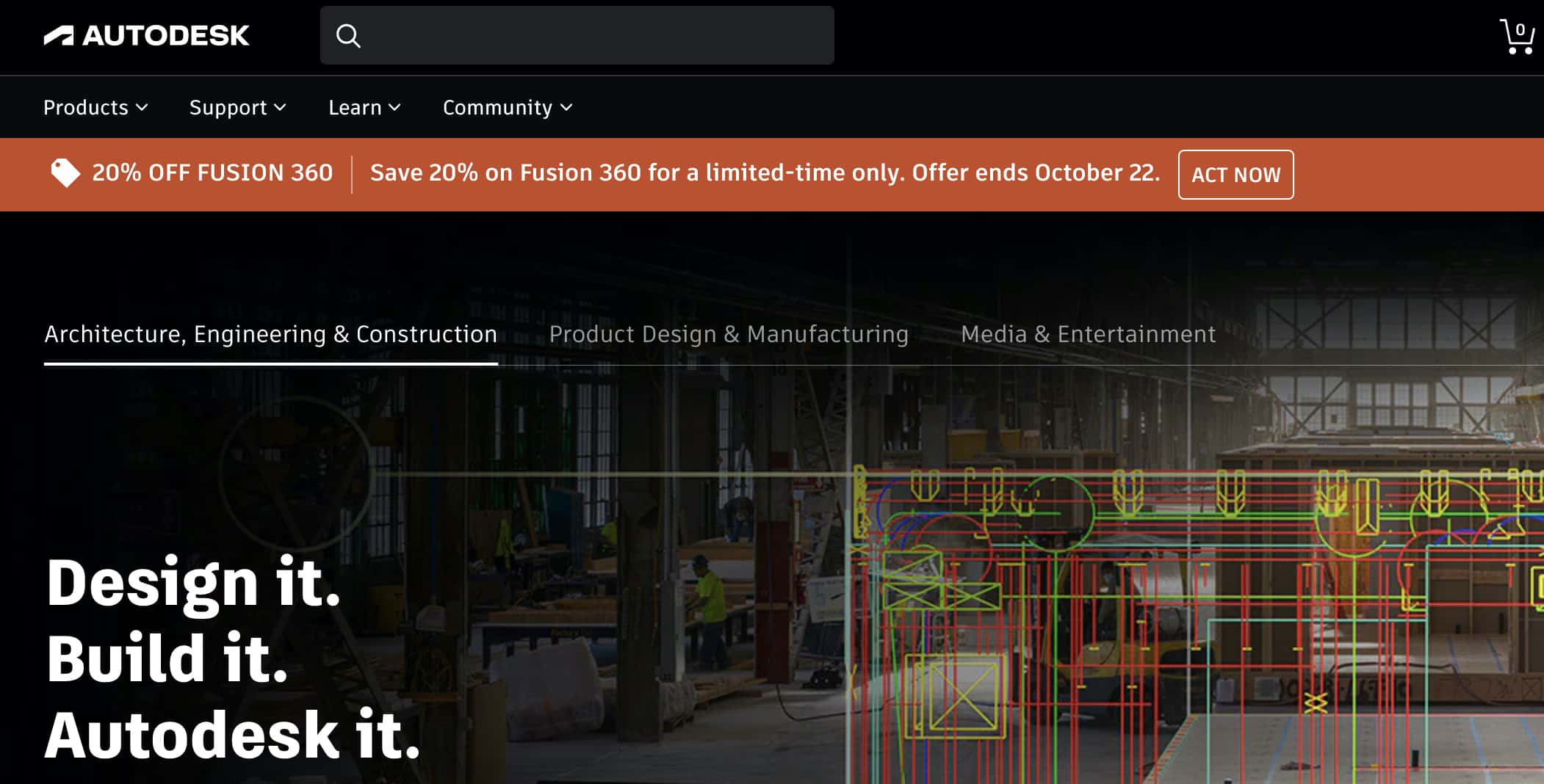 Autodesk, Inc. [NASDAQ: ADSK] provides a broad range of digital prototyping software. Its versatile suite allows companies to design products, visualize and simulate them virtually, and test them in real-world conditions. Autodesk, Inc. had a market cap of $60.674 billion as of October 2021, with Q2 2021 revenues of $913 million.

It competes with Matterport in providing immersive technology software for 3D and VR. Autodesk’s capabilities in offering digital prototyping services through its CAD design tools create a strong base for developing superior 3D/VR experiences. According to G2 verified reviews, users felt that Matterport was much easier to set up and navigate around. However, AutoCAD met the needs of their business better than Matterport.

It’s, however, essential to note that while Autodesk and Matterport are active competitors, their partnership to integrate Autodesk BIM 360 with Matterport creates synergies for both companies. The association enables faster decision-making by providing accurate 3D walkthroughs and models across the entire design and construction spectrum.

Cupix is a cloud-based software solution that allows users to create virtual tours. The Company’s web-based ‘Interact’ platform uses a combination of 3D technology, interactive maps, and photos to create an immersive experience. Founded in 2015, Cupix has its headquarters in Bundang-gu, South Korea, with about 48 employees.

Despite being a newcomer in the industry, Cupix has a strong presence in the 3D space due to its ease of use and streamlined interface. Its continuous innovation in developing newer features and products, such as the CupixWorks 2.0, one of the most advanced 3D digital twin platforms, gives the Company an edge over its competitors.

Cupix is not a public traded company which means that the Company does not have to disclose detailed financial information. However, according to CrunchBase, the Company received $20.6 million after seven rounds of funding from 10 investors, including Murek Partners and K2 Investment Partners.

Matterport and Cupix compete as both companies offer 3D imaging and virtual tours to real estate businesses. While Matterport’s 3D technologies aim to create high-quality immersive experiences, Cupix is popular for its straightforward and easy-to-use interface.

Cupix is also a cheaper alternative to Matterport, which could help it gain an advantage in the market. However, it’s mainly present in South Korea and is yet to gain popularity in the North American market. 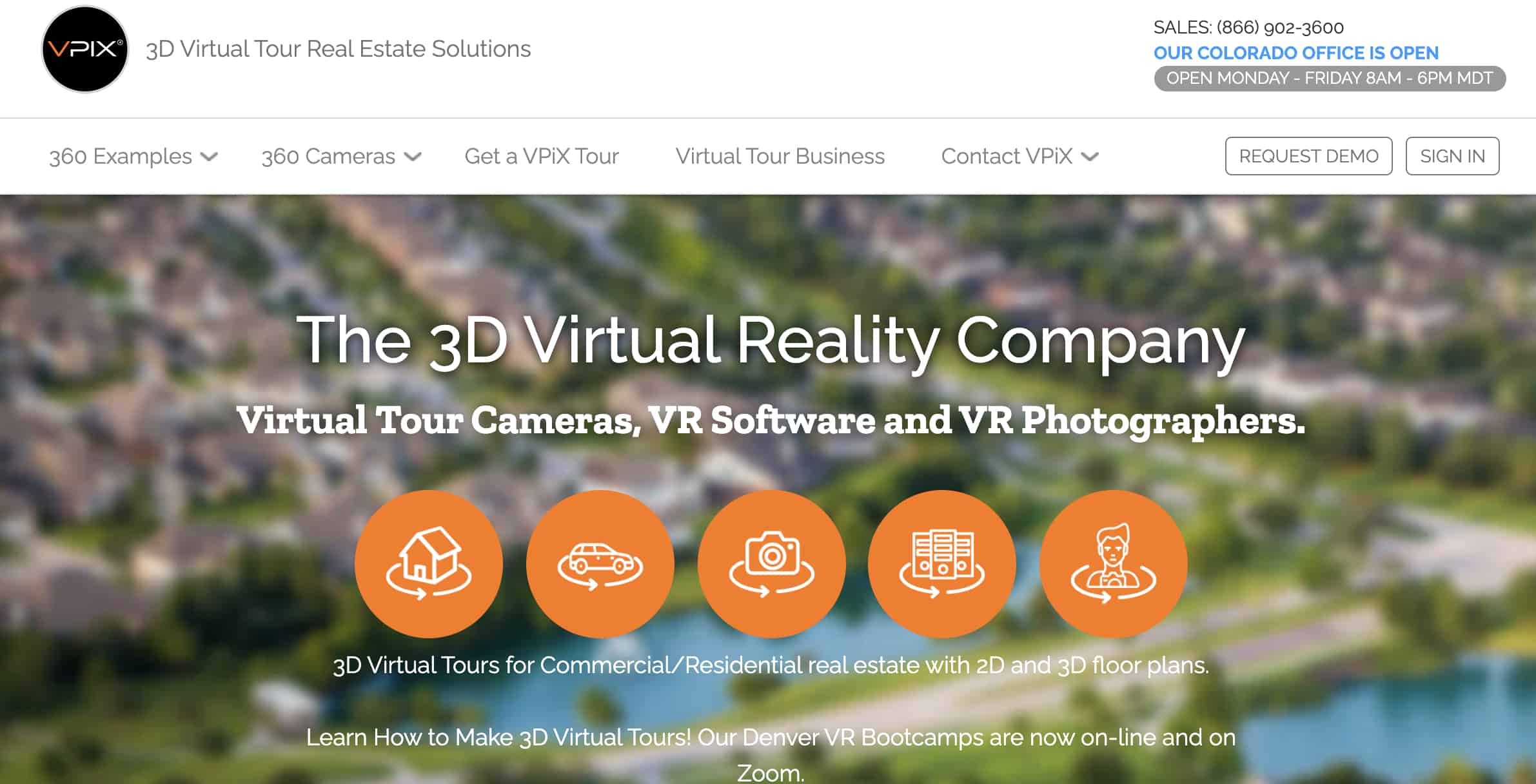 VPiX 360 Virtual Reality is a graphics rendering company serving the global marketplace. Headquartered in Colorado, USA, VPiX provides virtual tours and interactive 3D simulations to clients worldwide. Founded in October 2000, VPiX is present in about 17 countries with about 40 employees.

VPiX creates marketable content for developers, commercial property developers, and real estate agents that help them sell properties without physically visiting the locations. The Company is a competitor to Matterport as both companies offer virtual tours and 3D imaging solutions.

Despite being an elder in the industry, VPiX does not have the same market share as Matterport. The Company isn’t publicly traded, which means that it does not have to disclose financial information. One of its significant competitive advantages is its lower prices than Matterport, making it an attractive option for low-cost companies. 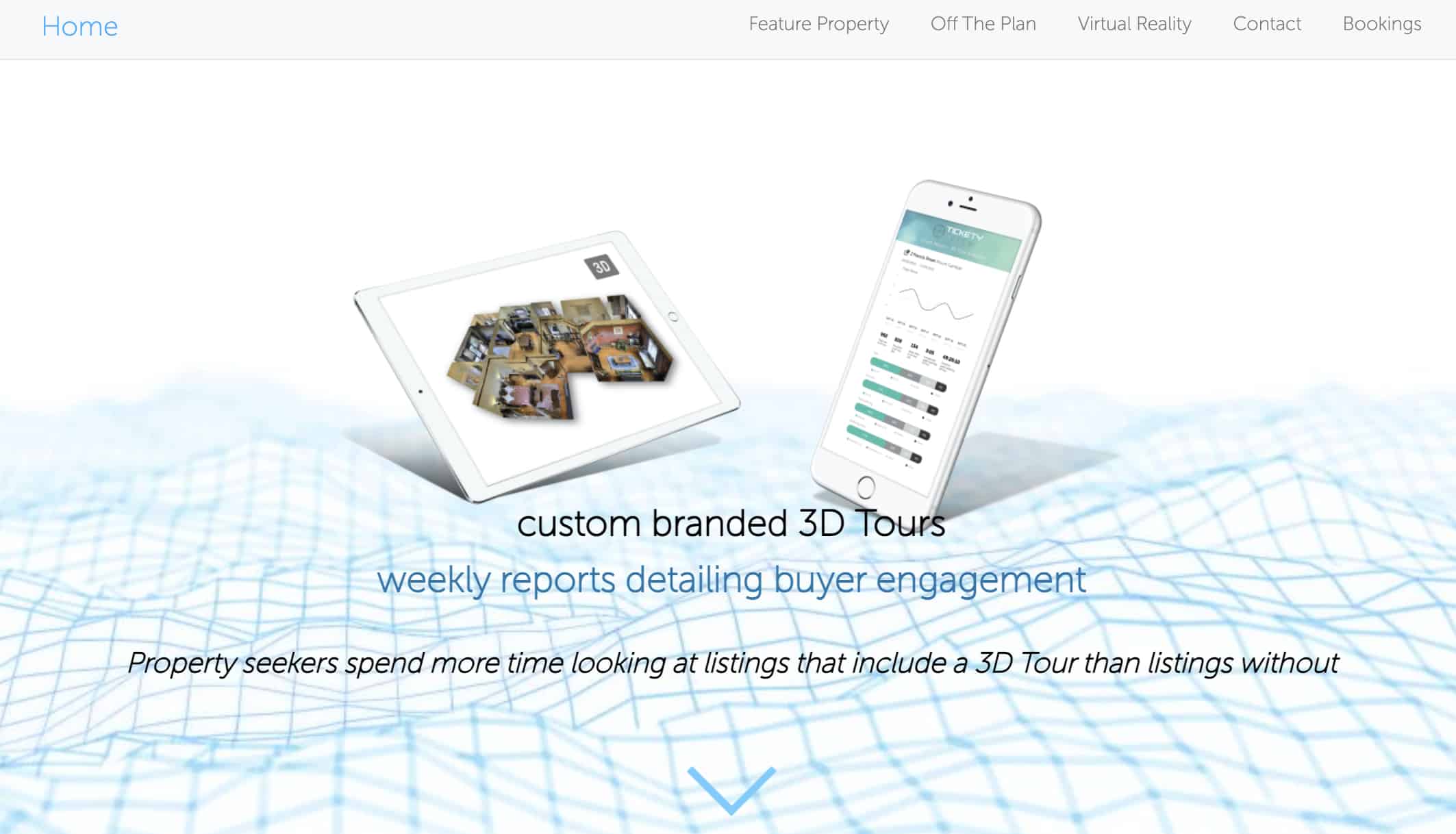 TicketyView is a real estate technology company that provides 3D property tours to agents, developers, and media companies. The Company’s imaging technology uses a proprietary camera system to create accurate immersive 3D models. These models allow users to explore the space, climb staircases, and walk through properties without visiting them.

The Company was founded in 2014 and currently has its headquarters in Adelaide, Australia. TicketyView is a competitor to Matterport as both companies offer 3D virtual tours for real estate. TicketyView’s primary focus is to provide services to real estate agents and media companies, while Matterport targets commercial and residential clients.

While Matterport’s primary focus is on offering 3D imaging solutions, TicketyView emphasizes 3D virtual tours that companies can use for marketing. This approach has helped it capture the attention of companies in Australia and New Zealand. TicketyView’s technology, however, is yet to penetrate the North American market fully.

How Matterport Stands Out Against Its Competitors 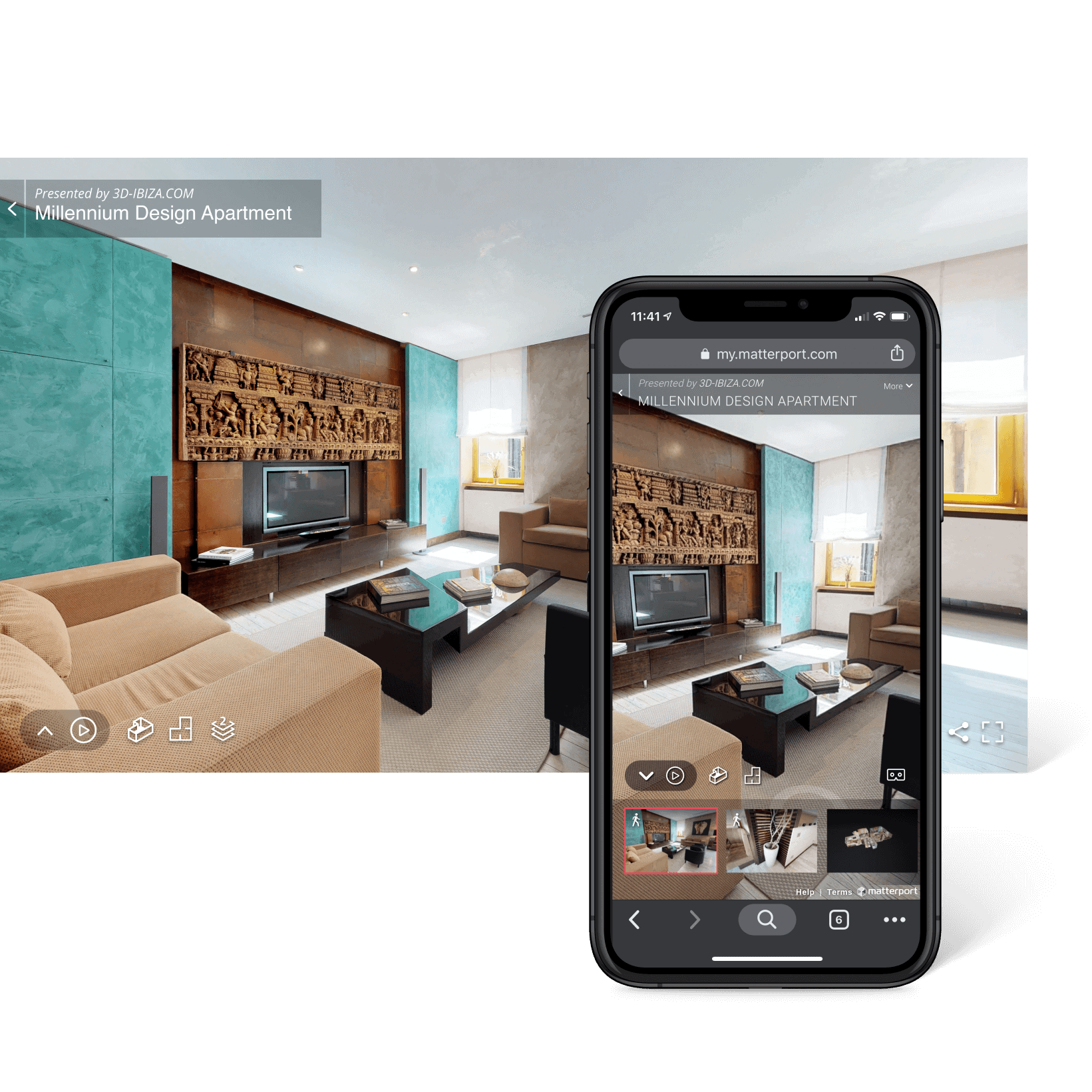 Matterport delivers value to its clients by using 3D technologies that help them create high-quality immersive experiences. This happens through the entire lifecycle of the client’s project, including drafting, modeling, and rendering.

While partnerships with leading technology and consumer companies worldwide help Matterport deliver its services to a more extensive client base, the Company’s focus on delivering high-quality virtual experiences sets it apart from its competitors.

While other companies in this industry compete with Matterport mainly in terms of price, the quality of its products is what matters most to clients. This is why Matterport has been able to win business from companies that long existed before it entered the market.

Question: Does Matterport have competitors?

Answer: Matterport has competitors in the virtual tours marketplace. These include different market players offering 3D imaging technologies to various clients. Some of its top competitors include VPix, TicketyView, AutoCAD, and Zillow.

Question: Can Matterport be used with Zillow?

Question: Can you make money with Matterport?

Answer: Matterport has proven that it is possible to make money with its virtual tours. Companies are willing to pay for Matterport’s services because they get to market their properties in 3D. This helps them sell the property faster and generate more profits from the sale.

Matterport Inc. is the market leader due to its innovative technologies and services that help clients create high-quality virtual tours and 3D models. Its services cover the entire lifecycle of projects, including 3D modeling, virtual reality rendering, and post-processing. However, the Company faces stiff competition from similar companies like VPiX and TicketyView. Matterport’s competitive advantages include its focus on high-quality output and the use of mixed marketing strategies to promote its services worldwide.