Netflix is still a popular movie-streaming service. However, it has numerous powerful competitors. After all, we live in a very interesting era in which more and more individuals and families alike choose to enjoy their favorite TV shows, movies, and online series on video platforms.

Despite having many competitors, Netflix continues to be the largest streaming service based on subscription in the world. In 2020, Netflix had around 183 million paying subscribers. The subscribers are located all over the globe since this service is an international one.

Before we begin, here are some important things you should know about:

People at home are cutting the cord on traditional television and they start favoring movie subscription services such as Netflix. This provider offers high-quality video content at affordable prices. You can access the Netflix platform on your smart TV, media players, game consoles, and other gadgets.

Year after year, Netflix has a boost of new subscribers of around 22.8%. As a subscriber, you can select from several different options:

In terms of offerings, Netflix makes profits by providing a wide range of viewing alternatives that might vary from one country to another. Every single month, Netflix cycles through its titles, and users can choose to watch films, anime, TV shows, and documentaries. Some of these creations are produced by Netflix and they’re called “original titles” or “original series.”

Financially speaking, the company published revenues of over 7.3 billion dollars in the second quarter of this year. Both their net income and revenue have increased since the same period of last year. According to Netflix, their success relies on the following things:

Things will always change as technology evolves and more and more alternatives appear on the market. So, what people watch and the way they watch it will also change over time. According to research, consumers don’t connect as much as they used to with their TV sets. Instead, they would rather spend time on their mobile phones.

Many of them even watch their favorite series through web-based streaming directly on their smartphones and tablets. Back in 2019, an adult used to spend around three hours and a half per day in front of the TV. By comparison, in 2018, the time spent per day watching TV was close to 4 hours.

Nowadays, mobile streaming has significantly surpassed traditional live television viewing. In 2018, consumers spent only two hours and a half on their mobile phones, whereas that time increased in 2019 and reached nearly four hours per day.

Netflix might still be the leader in the video streaming market but that space is continuously getting more crowded. That occurs because the entry barrier is quite low, especially in the case of large media companies such as Disney, HBO, and others.

There are many similarities between the main competitors, including their pricing options which aren’t that different across the providers. All that these companies must do is keep their users entertained and loyal by adding new and high-quality content on a regular basis.

One of the strongest competitors of Netflix is Amazon Prime which has over 100 million users. YouTube is also dangerous due to the fact that it can generate new content organically. Still, YouTube is more of a niche type of competitor.

One weak point that Netflix has is the high cost it must pay to be able to stream licensed shows since the content published on this platform gets discontinued after a while. Both Netflix and Amazon focus more on an internalization strategy and they also have pretty similar video quality and prices. 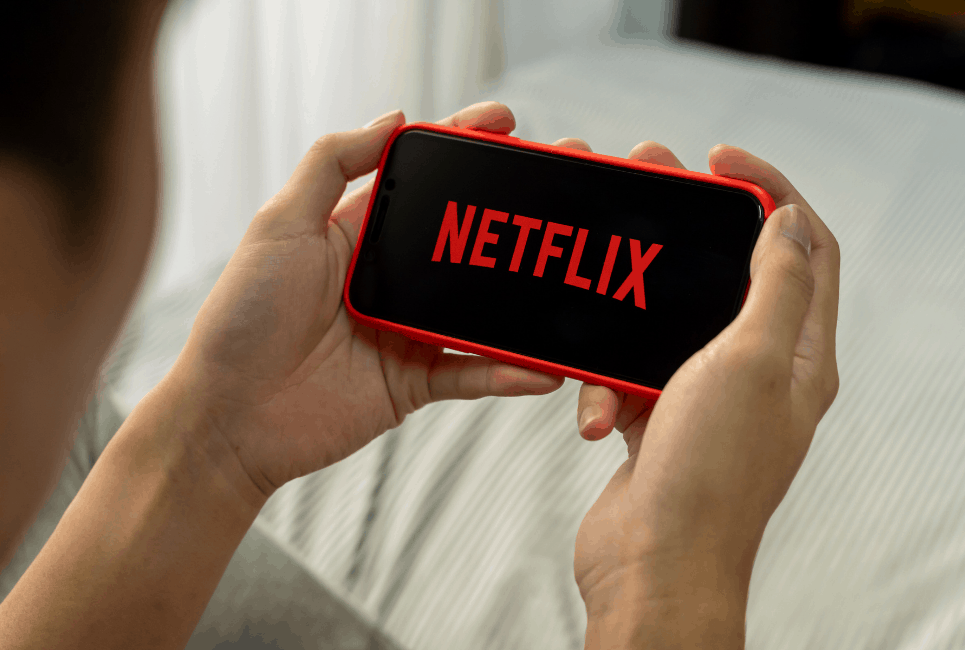 Being the industry’s leader, Netflix has already demonstrated that it can revolutionize the entertainment market. But, they must also keep updated on the latest trends because the rules of the streaming industry are changing quickly.

As for the future, Netflix’s intentions are to produce local content and explore partnerships to obtain licensed content. For instance, it already has signed a deal with BBC in Europe. So, although Netflix is strongly challenged by Amazon Prime, it’s the main player on the market for the time being.

We are all aware that Netflix rules when it comes to the home entertainment industry. Ever since its appearance on the market, back in 1997, this provider has significantly revolutionized the activity of watching video content at home. Netflix has won its clients’ loyalty through high-quality services.

When people hear of the Netflix brand, they instantly think about two types of services: streaming media and video on demand. Besides the company’s DVD niche, Netflix is also very popular in the movie and TV show production industry. This sector was taken by storm by Netflix in 2013.

I have to admit that, although I personally use HBO Now, Netflix has seen phenomenal growth, having operations in over 190 countries. In 2017, this provider had proudly announced the number of its subscribers: more than 109 million users from all over the planet.

At the same time, more and more platforms have launched and they’re now considered some of the most powerful competitors of Netflix. So, here they are.

Amazon Prime Video is another popular provider that offers online video content on-demand to its users. Obviously, it’s created and operated by Amazon. It was launched in 2006 and, as a user, you can either rent or purchase TV shows and movies.

Despite the stiff competition that occurs in this market, Amazon Prime Video has grown continuously. In 2016, this provider was present in more than 200 countries.

The HBO Now service is owned by the well-known HBO network. This on-demand video provider operates similarly to Netflix. It offers access to plenty of interesting content like movies and shows. Users can see this content on several different devices such as TVs, smartphones, PCs, and tablets.

HBO Now appeared in 2014 and its headquarter is located in New York. Since its launch, the platform has seen amazing growth. In 2017, around 2.4 million people were subscribed to HBO Now. Unfortunately, only those who live in the US can become a subscriber because the access to this service is restricted outside the country.

I must confess something: I first heard of HULU when I discovered the amazing series of The Handmaid’s Tale. I am obsessed with it. I believe that all the actors, producers, and the entire crew, have done an excellent job with it. But, enough about what I like to watch. Let’s return to our current topic.

Just like Netflix, HULU also provides on-demand video services through subscriptions. The company is actually a joint venture created by a number of entertainment moguls such as 21st Century Fox, Walt Disney, Time Warner, and others.

You can choose to use their free service or opt for the paid alternatives. As you might expect, the free service has limited content, whereas, the paid one has a wide variety of entertaining content to pick from. The company was founded in 2007 and it’s also involved in TV production.

Everyone knows what YouTube is, especially those who use the platform for vlogging purposes. On this site, people can share and upload videos for others users to see. YouTube was launched in 2005 by three investors. In 2006, Google has bought YouTube for the sum of 1.65 billion dollars.

Each month, this platform is visited by more than 800 million unique online users. The company earns most of its profits through Google AdSense. In 2016, YouTube was the second most popular website in the world. However, a few countries like China and Pakistan have blocked the services of this provider.

This OTT American TV service was launched in 2015 and it’s operated by Dish Network. OTT stands for “over-the-top.” Unlike Netflix, Sling TV focuses on complementing the content one gets via video-on-demand providers. The headquarters are based in Colorado. In 2017, the company reached 2 million subscribers.

In the last couple of years, Sling TV has, slowly but steadily, gained more subscribers due to the quality of its content and services. This multi-stream service allows users to view three different programs with only one subscription account. 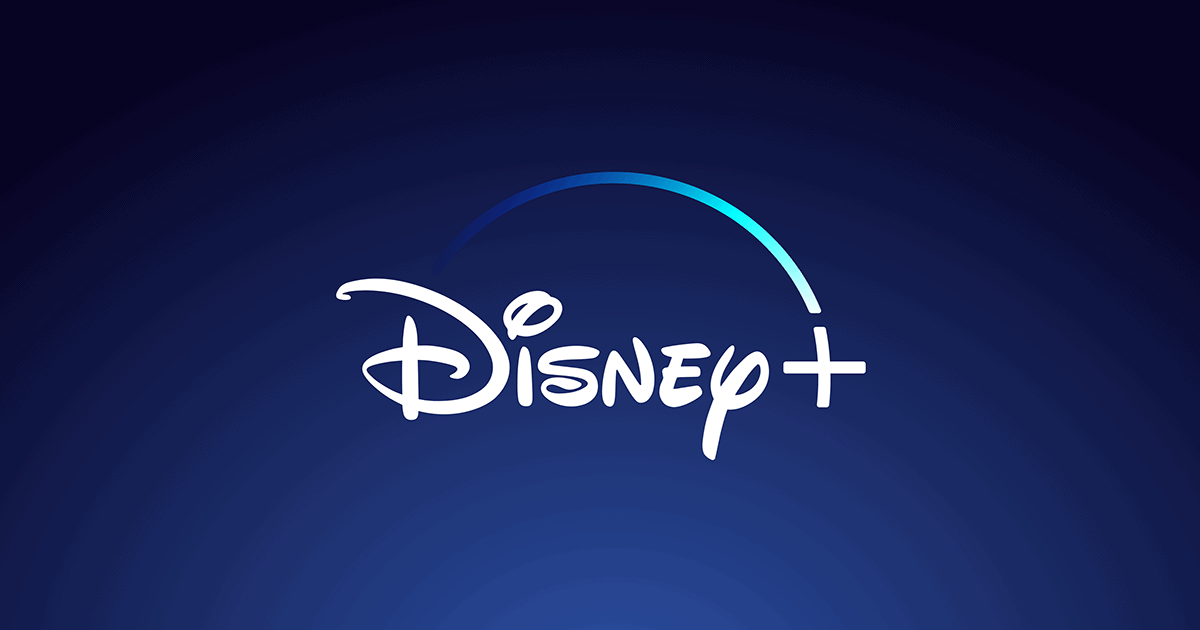 Disney’s streaming service was launched in 2019 and, since then, has gained a decent amount of popularity. This commercial-free streaming service consists of numerous Disney movies and many other titles sourced from both Marvel and Pixar. You can even find National Geographic content as well as the entire Star Wars franchise.

Before launching its own streaming service, Disney had an exclusive collaboration with Netflix but that relationship ended the minute Disney announced the fact that they were about to enter into the streaming market.

Question: Who Is the Biggest Competitor of Netflix?

Answer: At the moment, the most important Netflix competitor is Amazon Prime. But there are also other strong competitors such as HULU, Disney, and more. All these companies have taken some of the share of Netflix when it comes to viewers’ attention.

Question: What Makes Netflix Stand Apart from Its Competitors?

Answer: One perk that Netflix has is the fact that it also offers original content produced in-house, besides the one sourced from third parties. There are also three main elements that helped Netflix become the leader in the video streaming market: selection, value, and convenience.

Question: Is Netflix More Expensive than It Used to Be?

Answer: Yes, because the company tries to update their prices in order to provide a wider variety of movies and TV shows. The price increase is also the result of the company’s interest in investing in its product features and content slate.

Although there are several popular and powerful video streaming providers out there, Netflix remains the dominant player in the industry. Their weaknesses, however, are the costs of programming and the stock valuation. Over the next few years, the industry’s stock market will still be quite volatile.

There are several important competitors that might challenge Netflix. So, the future will tell us whether or not Netflix is able to keep up with the market’s changes and their consumers’ needs and preferences. 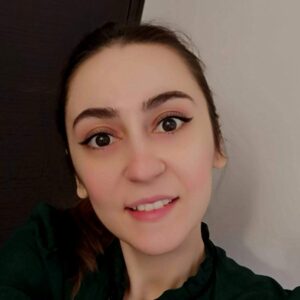 Alexandra Gavrilescu
Alexandra Gavrilescu knows how important success is, which is why she’s dedicated herself to helping other people find it. The single most important thing in her life is helping other people accomplish their dreams, which is why she spends all of her time learning about digital marketing. As she’s constantly refreshing her skills and the knowledge she understands, she’s here to help you learn new skills, grow, and succeed.

Whether you want to know more about marketing funnels or use eCommerce platforms in your company's best interest, Alexandra will unravel all those elements of the digital marketing industry. She's also an expert on topics such as social media, search engine optimization, and email marketing.