Uber is an international company known to many. Still, hardly anyone knows about the minds behind the organization – one of which is Travis Kalanick, an entrepreneur known for his ruthless business practices and the aggressive way in which he grew and expanded Uber internationally amid backlash and resistance from local transport organizations.

In this Travis Kalanick bio, I’ll talk about Travis’s initial failures in business, the highs and lows of his career, and how he was eventually forced to leave his position as Uber’s CEO because of the way he ran the company and the culture he fostered within Uber. 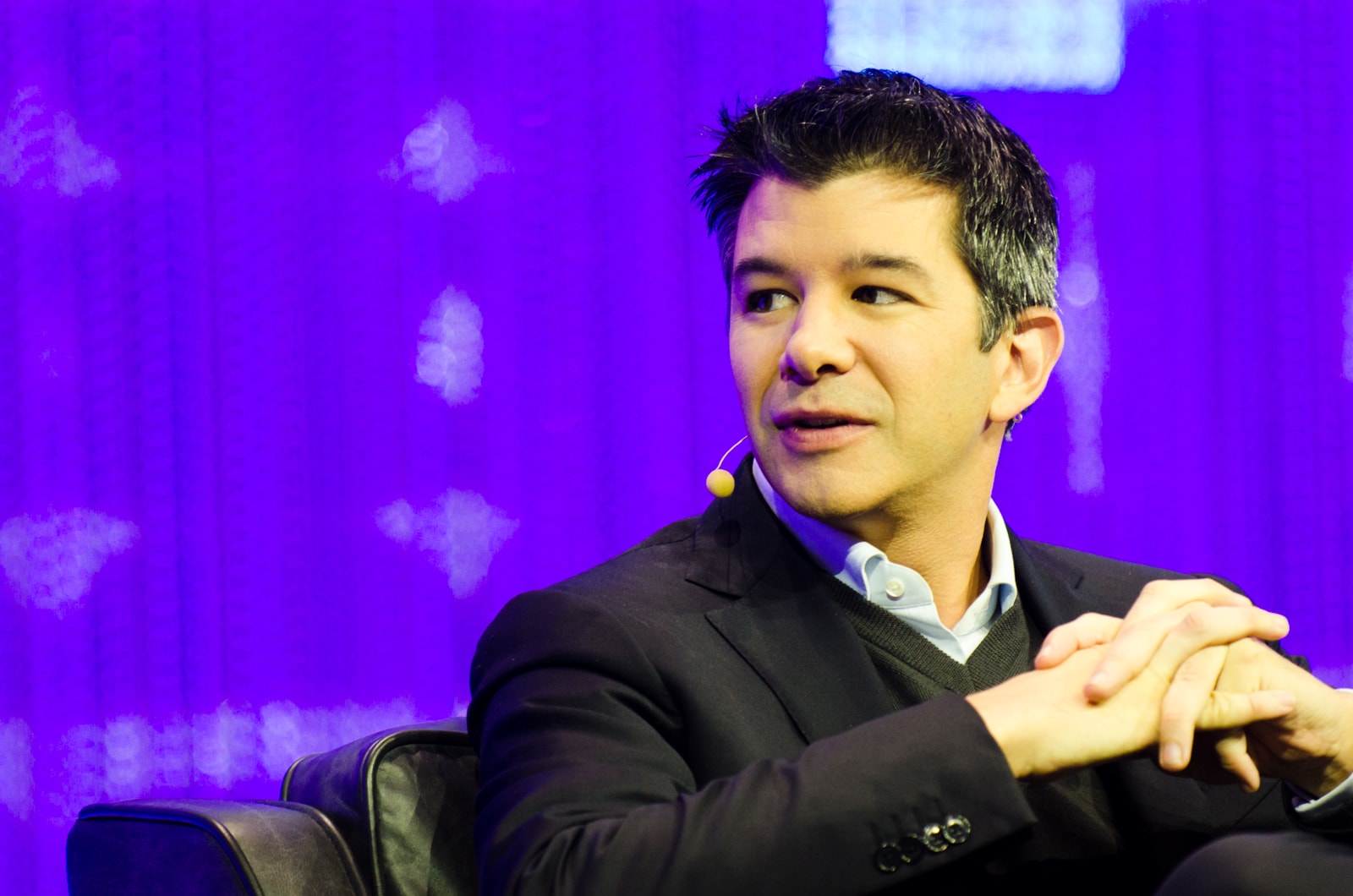 Travis Kalanick was born in Los Angeles on 6th August 1976. He was one of those people who figured out what they were good at doing at a very young age and had already taught himself to write code by the time he was in middle school.

Having lived in the suburbs of Los Angeles, he had a fairly normal upbringing and has two half-sisters and one brother. His mother, Bonnie Renée Horowitz Kalanick, worked at Los Angeles Daily News, while his father, Donald Edward Kalanick, was a civil engineer for Los Angeles.

Kalanick received care and affection from his parents for most of his childhood and later attended UCLA, where he studied business economics and computer engineering. He later dropped out of university to focus on his business ventures, the first of which was Scour.

Kalanick’s business ventures were not a success at first – his first company Scour was a multimedia search engine that enabled peer-to-peer file transfers and was later sued for $250 billion dollars for copyright infringement by the Motion Picture Association of America (MPAA), the Recording Industry Association of America (RIAA), and the National Music Publishers Association (NMPA). The company then had to declare bankruptcy and sell all of its assets.

A year after this disaster, though, Kalanick was back with another company called Red Swoosh – once again with file sharing at its core. The company struggled to stay afloat, pay employees, and secure funding for years, and the struggle caused problems between the co-founders, Kalanick and Michael Todd.

Things got a little better when Mark Cuban invested in the company and led the way for other investors to do the same. Kalanick was able to sell Red Swoosh to Akamai Technologies for a total of $19 million. He made about $2 million after taxes from this deal. Once Red Swoosh was wrapped up, Travis Kalanick used the money he made to invest in other startups. With time though, he became unsatisfied with just being an investor and decided to start Uber – originally named UberCab. He came up with the idea at his home, the “JamPad,” where he used to meet with other tech entrepreneurs.

He and another friend, Garett Camp, came up with the idea for Uber when Camp was complaining about how difficult it is to hail a cab. They started the company together, and Kalanick became its CEO in 2010 – 8 months after Uber was created.

For the next few years, Uber went on to expand globally and dominate most of the markets it entered. It also met resistance from local travel associations, starting with the cease and desist by the San Francisco Municipal Transportation Agency in October 2010, which led to the company changing its name from “UberCab” to “Uber.”

All of the resistance and backlash were met with Kalanick’s ruthless drive to expand and succeed – something that isn’t always a good thing. In a bid to encourage company growth, Kalanick ended up creating a toxic work culture that would ultimately be his downfall.

From 2014 to 2017, Kalanick’s career was followed by scandals and criticism. Employees from within the company came forward with various allegations of misconduct, toxic masculinity, discrimination, and Kalanick allowing behaviors like vicious competition, discrimination, and sexual harassment to continue in Uber.

Following this, an investigation was launched into these allegations, and most of them were found true. It was recommended that Kalanick take a leave of absence from his position as CEO, and he resigned in 2017. He stayed on as a member of the board of directors until 2019 when the company had a valuation of $48 billion.

After leaving Uber, he created the venture fund 10100 focused on creating jobs in emerging markets all over the world. He also created “CloudKitchens,” a ghost kitchen startup.

He has invested in companies and acquired investment into CloudKitchens from Saudi Arabia. Kalanick is also on the advisory board for Neom – a futuristic dessert city Saudi Arabia is planning to construct.

Travis Kalanick’s career has been one disaster after another, from his first company Scour being sued for billions of dollars to all the allegations brought forward against him about his behavior as Uber’s CEO.

Despite all of this, no one can deny how much Uber grew, but his leadership style just wasn’t sustainable.

Travis Kalanick has no known kids at this time and has been dating Daniela Lopez. His mother died in a boating accident in 2017 that also ended up severely injuring his father, who is still alive.

Travis Kalanick owns over $130 million in real estate for his ghost kitchen company CloudKitchens – a company that wants to be the “Amazon of the food delivery world,” as it called itself in its job posts.

Question: How old is Travis Kalanick?

Question: What is Travis Kalanick’s net worth?

Answer: Travis Kalanick is worth $2.8 billion.

Answer: Kalanick was ousted as the CEO of Uber in 2017 following a string of allegations of misconduct, aggressive behavior, discrimination, sexual harassment, and failed HR policies.

Answer: Today, Kalanick operates the venture fund 10100 and the startup “CloudKitchens” as well as its parent company.

Answer: Calling Travis Kalanick successful depends on what you consider success – even with a career littered with disasters and failures, his aggressive attitude and drive for competition have led him to be one of the richest men in America.

Question: Why was Travis Kalanick kicked out of Uber?

Answer: Travis Kalanick was forced to take a leave of absence from Uber when an investigation was launched into multiple accounts of problematic behavior at the company. From questions raised over his leadership style to objections over his encouragement of toxic work culture, as well as allegations of sexual assault being ignored among a series of failed and problematic HR policies, a lot was uncovered. In the end, major investors in the company demanded that Kalanick step down.