Scholastic was founded in 1920 in Pittsburg, Pennsylvania, as a publisher of youth magazines. Today, the company’s offering is much broader. Its products, which include books, comics, and other materials, reach roughly 54 million students. It is one of the world’s largest publishers and distributors of children’s educational resources.

You’ll probably have encountered a Scholastic publication at some point growing up. I know I did, which is why I’m so interested in following the company’s progress.

The global publishing industry is valued at $140 billion. Educational publishing forms a significant part of this, growing from $27 billion in 2018 to $28 billion in 2019. Experts predict this level of growth will increase between 2021 and 2026, resulting in an extra $10.55 billion.

The publishing industry is a particular area of interest for me because of how rapidly it is changing to meet the needs of our modern lives. I’ve been studying the impact of digital disruption for nearly two decades, and it’s interesting to see how well-established companies adapt (or fail to adapt) to the changing landscape of publishing.

While embracing digital is important for any publishing business, digital is still expected to account for 60% of growth in the industry. That’s a sizable amount, but it doesn’t tell the whole story. The other 40% comes from physical books, which are still going strong.

This Scholastic competitors analysis offers a closer look at the landscape of children’s publishing and the strategies Scholastic uses to compete with both new and existing rivals.

Despite rapid industry-wide changes and strong competition, Scholastic has maintained its position as one of the largest educational publishing companies by embracing the rise of digital media.

While it does face competition from the “big three”, I’ve spent a lot of time observing trends in the publishing industry, and in my honest opinion, Scholastic is in a very strong position. Growing a bigger market share in an industry that is already dominated by three well-known names will be a challenge for the company. I have no doubt it is capable of doing so.

Scholastic’s business strategy is focused on publishing and distributing educational books and other materials to teachers, parents, and children through both digital channels as well as retail stores, book fairs, and libraries. As such, the company operates a production revenue model.

In 2021, Scholastic generated $1.3 billion in revenue, down from around $1.49 billion in 2020. Scholastic’s fiscal revenue came from the following business segments:

It is unsurprising to see a drop in revenue between ‘19 and ‘20 given the impact of the Covid-19 pandemic on schools. In response to this, Scholastic took actions to reduce operating expenses, including closing US distribution centers and warehouses temporarily.

In the company’s third-quarter results in 2020, the operating loss stood at $60 million. According to Scholastic, this was partly due to a $40 million non-cash write-down of inventory.

This reinforces the importance of having different business segments. Scholastic was impacted by school closures, but other areas of its business continued as usual.

Scholastic has recently made changes to its business model that are likely to lead to improved stock price performance.

There are two parts to these changes. First, the company is investing in innovative offerings like reading programs. Second, it is investing in international growth prospects. Doing so will allow Scholastic to expand into new markets and strengthen its competitive position.

Additionally, Scholastic has tried to strengthen its growth strategy by creating a number of e-products. 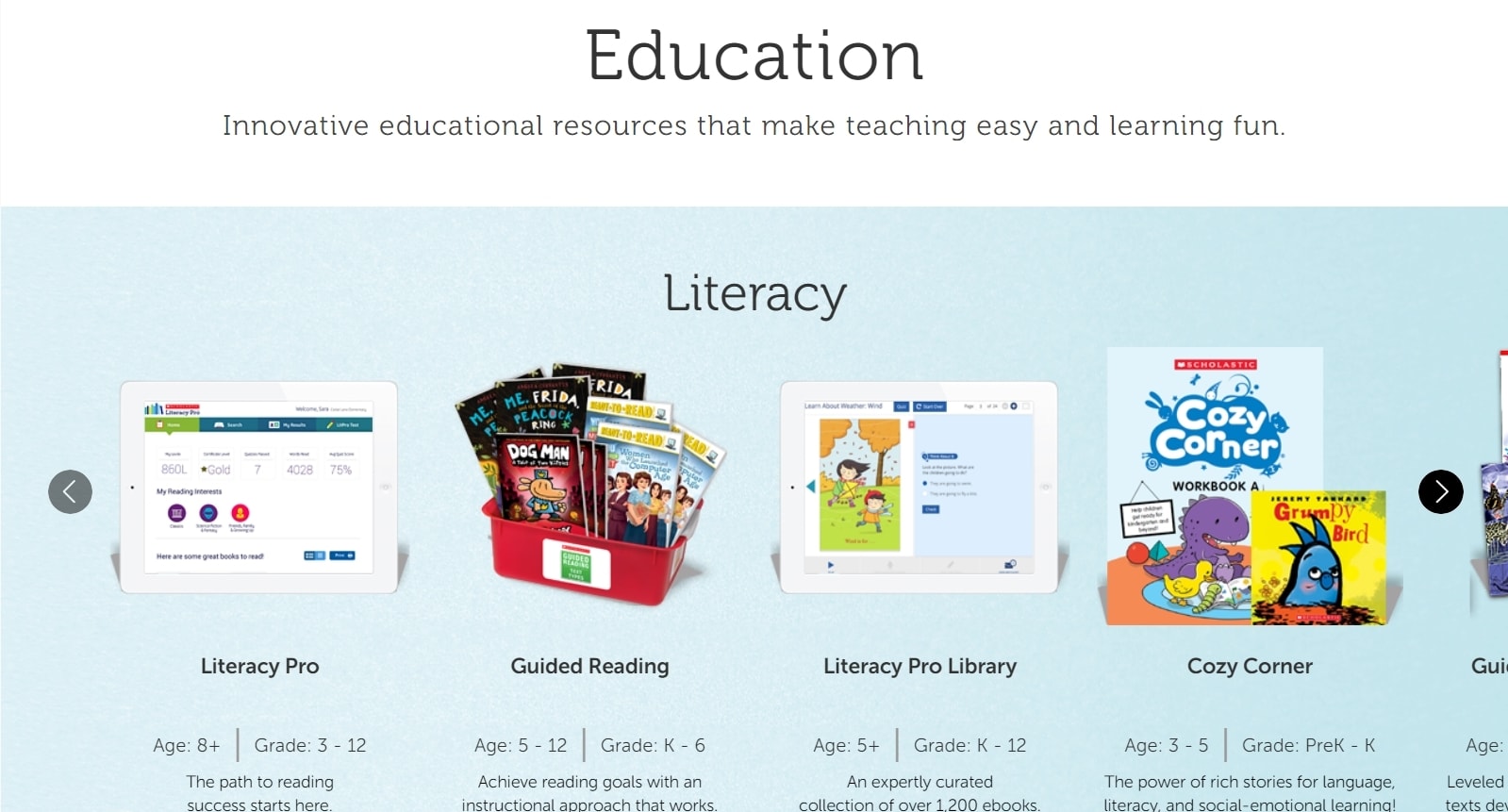 Still, the ownership of an exam board underlines Pearson’s status as the largest education company. While it used to have a stake in the largest publishing company, Penguin Random House, it announced a new direction in 2015 with a focus on education. Consequently, Pearson sold its 47% stake in Penguin.

This may seem like an unwise business move given the immense success of Penguin Random House, but I think it was the right decision. It has allowed Pearson to consolidate its position as a leader in education.

Still, the ownership of an exam board underlines Pearson’s status as the largest education company. While it used to have a stake in the largest publishing company, Penguin Random House, it announced a new direction in 2015 with a focus on education. Consequently, Pearson sold its 47% stake in Penguin.

This may seem like an unwise business move given the immense success of Penguin Random House, but I think it was the right decision. It has allowed Pearson to consolidate its position as a leader in education.

Pearson’s success can be attributed to its dual business strategy. First, acquiring other successful companies, and second, expanding its range of products and services.

In 2009, Pearson acquired Wall Street Institute for $145 million. Now known as Wall Street English, it is one of the largest providers of English language education for adults around the world. Two years later, Pearson announced the creation of Pearson College, a degree provider that’s based in London.

One of Pearson’s most valuable contracts came in 2010 in the form of an agreement with the New York State Department for Education to create tests for 4-8th graders. The contract was for 5 years and earned the company $32 million.

As well as operating an examination board and providing degrees, Pearson also publishes books, textbooks, tests, and various technology products such as:

In 2021, Pearson’s annual revenue increased to $4.32 billion, putting it ahead of Scholastic. 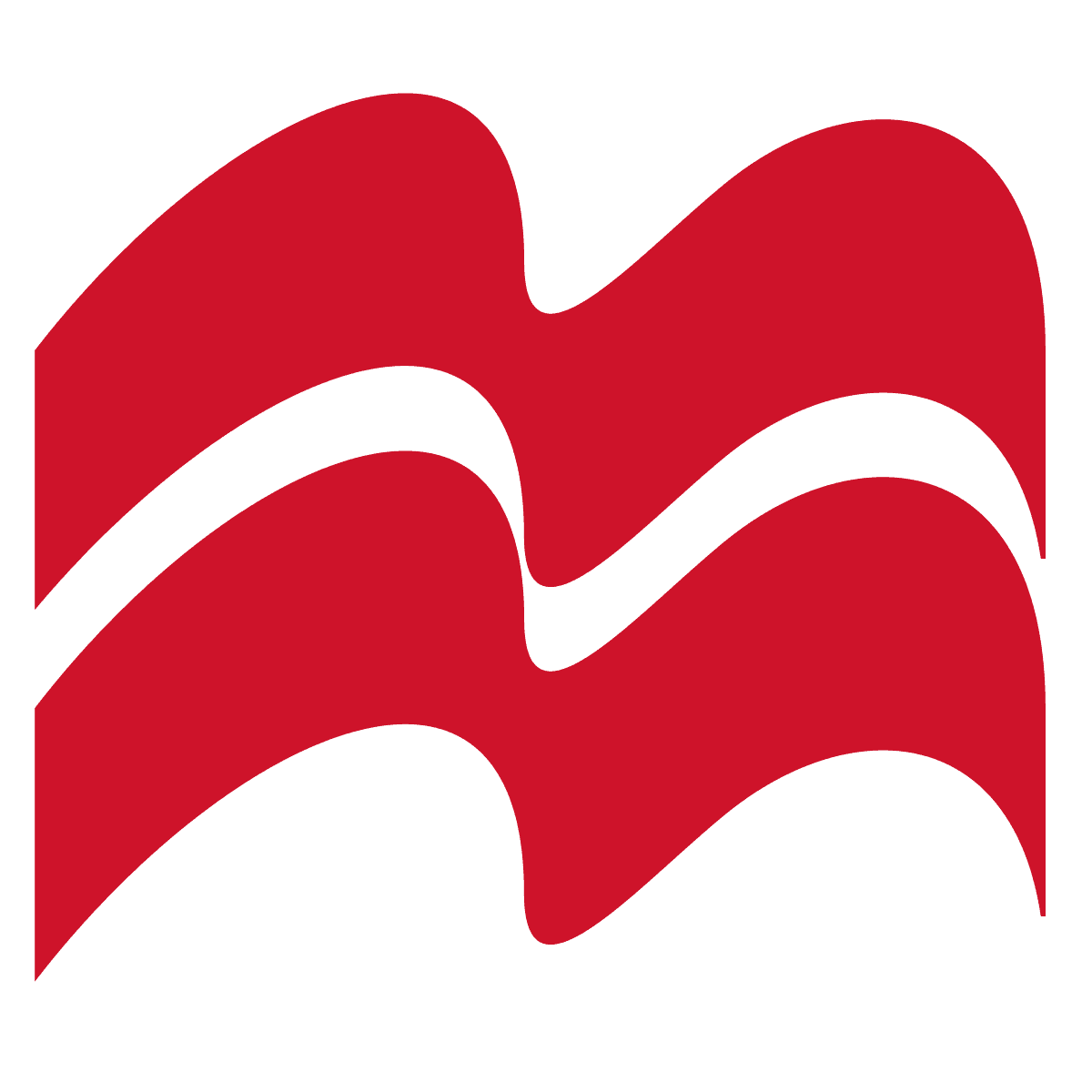 Macmillan Publishers Ltd is a British publishing company that was founded in 1843. It’s considered to be one of the “big five” English language publishers, and the former UK Prime Minister, Harold Macmillan, was chairman of the company from 1964 until his death in 1986.

Interestingly, there is some crossover between Scholastic and Macmillan because the latter company was acquired by the former in 1998, but Scholastic sold it again to Holtzbrinck in 2001.

As well as publishing fiction and non-fiction titles aimed at adults, Macmillan is a successful children’s publisher, which is why the company is considered to be such a strong competitor of Scholastic.

Macmillan Education and Macmillan Learning are of particular interest. Based in London, they operate in over 120 countries worldwide and feature a number of digital products aimed at students, teachers, and schools, including:

In my opinion, Macmillan’s strength comes from its desire to fully inhabit the publishing market, reaching all areas with a wide range of products. First and foremost, Macmillan sells to consumers, but in 2014 the company announced a new marketing dashboard aimed at book sellers.

This innovative business intelligence dashboard, which goes by the name of Next Big Book, allows businesses to track a book’s trajectory within the market, providing an overview of everything from events, sales, social media, publicity, and web traffic. As a result, Macmillan has expanded its target audience, moving into B2B sales as well as B2C.

In 2021, Macmillan generated $1.4 billion, putting it just ahead of Scholastic. 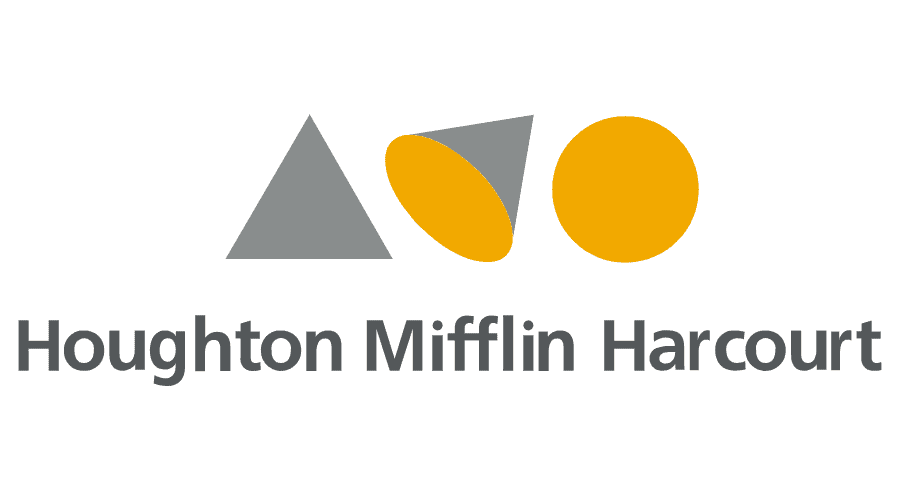 Houghton Mifflin Harcourt (HMH) is one of the “big three” educational publishers. It is an American company based in the Boston Financial District which publishes assessments, textbooks, instructional technology materials, fiction, non-fiction, and reference works.

The company was formerly known as Houghton Mifflin Company until it acquired Harcourt Publishing in 2007.

HMH provides resources to more than 3 million educators and 50 million students in 150 countries, putting it on fairly even footing with Scholastic regarding global reach.

In 2010, the company announced a $100 million innovation fund aimed at developing new products to boost student achievement. This level of commitment to R&D for new products is crucial in the educational publishing industry for any companies that want to stay relevant as we move into an increasingly digital age.

Naturally, a strong sense of direction and organizational structure has to be in place in order for HMH to successfully bring any new products to market, especially when there has been a significant amount of investment into said products.

HMH, being aware of this, announced a strategic restructuring of the company in 2020 to align its cost structure, accelerate transformation, and support a digital-first strategy. This involved a 22% reduction of Houghton Mifflin Harcourt’s workforce.

In 2021, HMH made an annual revenue of $1.05 billion, putting it behind many of its competitors. However, looking at the bigger picture, this was a 25% increase year-on-year, proving that the company’s restructuring has been successful. 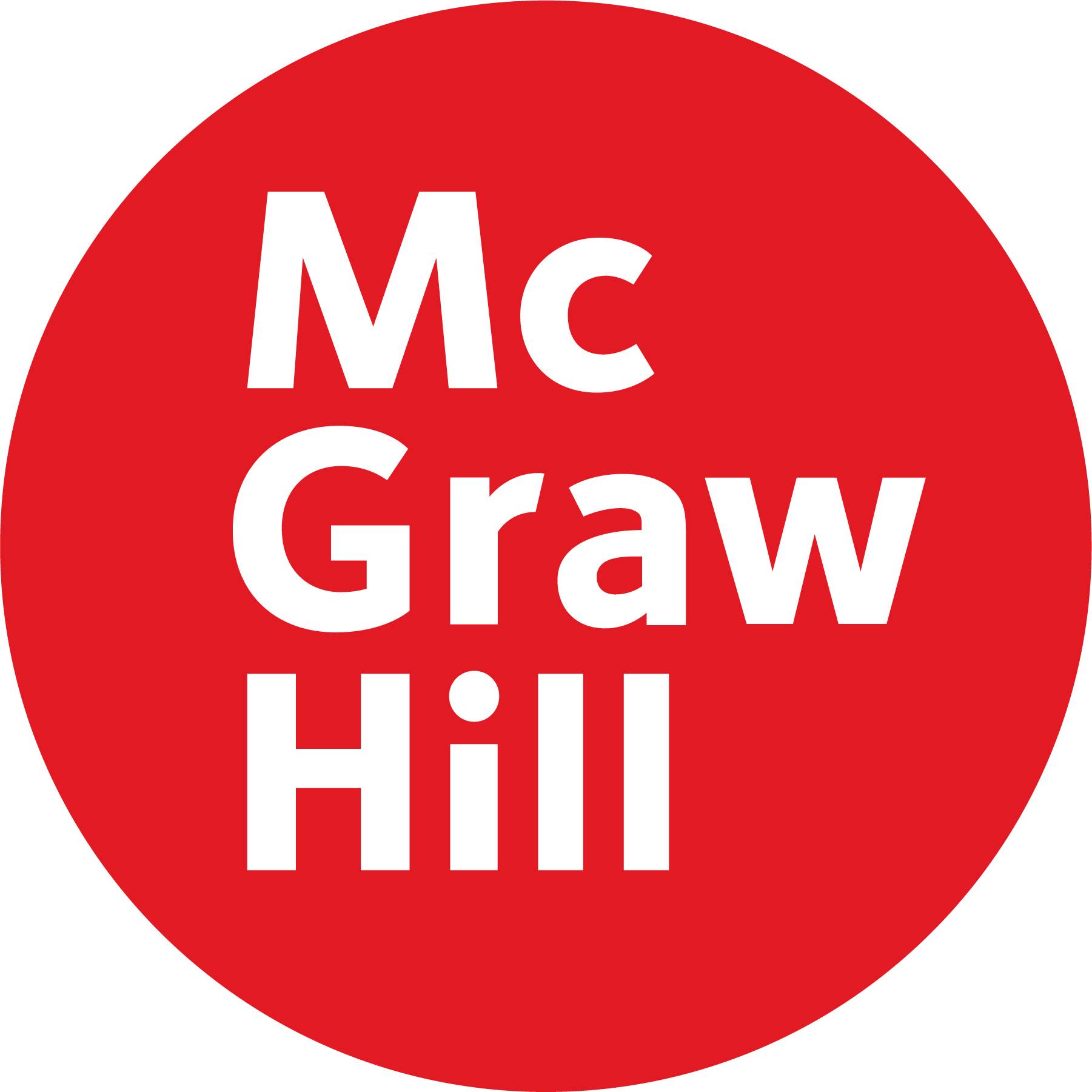 Crucially, it isn’t just textbooks that McGraw Hill distributes; the company provides a wide variety of educational content, training, and assessments, all of which are increasingly online thanks to unique platform innovations.

McGraw Hill operates in 28 countries, but its products are available to roughly 140 countries in 80 languages. Like its rivals, it is very much a global publisher targeting students all the way from their early school years to postgraduate and even professional level. This breadth is undoubtedly one of the company’s strengths.

It’s important to note that, despite being sold a number of times (first in 2013 to Apollo Global for $2.4 billion, then again to Platinum Equity for $5.4 billion in 2021), McGraw Hill hasn’t suffered as a result. In fact, it has gone from strength to strength.

How, I hear you ask? Through a series of strategic acquisitions and partnerships – exactly what I think publishing companies need to do more of.

In 2012, McGraw Hill acquired RedBird Learning, a digital learning provider; the following year, it acquired ALEKS, a key developer of adaptive learning technology. Can you see the theme here? Companies that invest in innovative technology give themselves a competitive advantage, which is at least part of the reason McGraw Hill has found itself in the “big three”.

McGraw Hill made an annual revenue of $1.54 billion dollars in 2021, putting it ahead of HMH and Scholastic but behind Pearson.

I have included a SWOT analysis exploring Scholastic’s strengths, weaknesses, opportunities, and threats to help you understand its position within the publishing market. 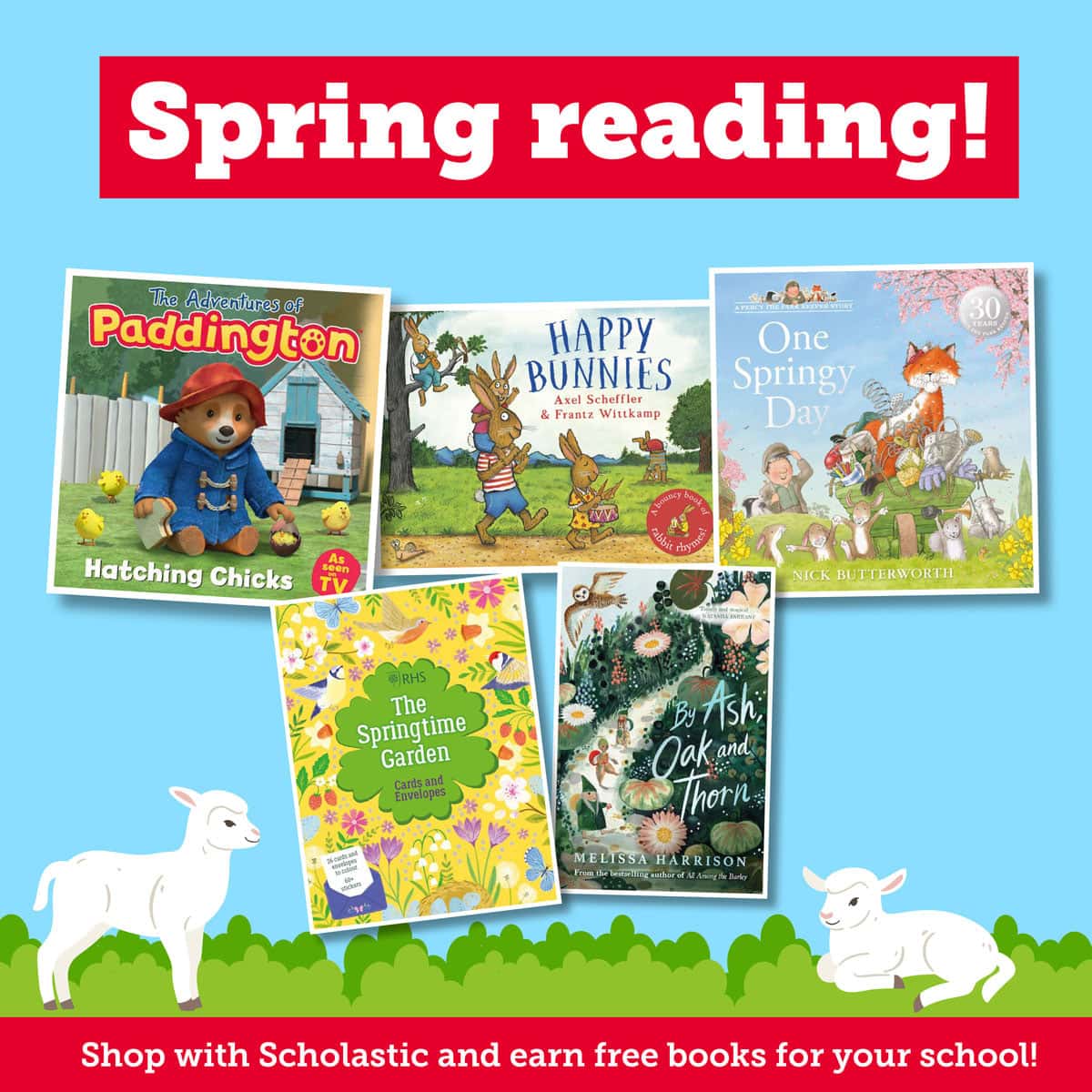 Question: Who are the “big three” educational publishers?

Answer: Based on revenue, Pearson is the biggest competitor Scholastic faces. However, Pearson has achieved this success by having a more diverse product portfolio and acquiring different companies. Prior to 2015, it even owned the Financial Times.

Question: What is Scholastic best known for?

Answer: I think the thing that makes Scholastic unique is its engagement within schools. By creating physical events like book fares, the company gives a personal touch to its offering, and this is what makes it stand out.

Question: Is Scholastic a good publisher?

Answer: Scholastic is an excellent publisher of educational materials with a positive reputation. It is consistently ranked as one of the market leaders.

The publishing industry is under pressure to meet the demands of our increasingly digital world. With new companies entering the market all the time, competition is fierce, especially among well-established firms like Scholastic and Pearson who must constantly innovate.

Scholastic may not traditionally be thought of as one of the “big three”, but its revenue indicates that it is just as successful as many of its biggest competitors. As long as the company continues to make use of technology to bring products to new and existing markets, its position will remain secure.