Siemens operates within the manufacturing industry, which has seen declines in production and forced closures due to the global pandemic in recent years.

Consequently, industry leaders have been forced to adapt, finding new ways to become disruption-proof by securing their supply chains and investing in new technologies.

As the world begins to recover, demand is likely to increase as the population grows, requiring new engineering and manufacturing solutions.

Siemens AG is a German multinational manufacturing corporation specializing in areas of digitalization, electrification, and automation. It was founded in 1847 in Berlin, Germany, and is now headquartered in Munich.

Siemens enjoys a reputation as the largest industrial manufacturing company in Europe, and in 2020, it generated an impressive $64.03 billion in revenue. It has achieved this success by focusing on infrastructure, industry, transport, and healthcare. Each of these different specializations has helped to consolidate Siemens’ global reputation.

The company’s website states, “By combining the real and the digital worlds, we empower our customers to transform their industries and markets.” The fusion of real-world and online business is another central tenet of Siemens’ success; companies that hope to see continued growth must meet the demands of an increasingly digitized world.

If you would like to learn more about similar businesses’ values, we have compiled a list of the most powerful and enduring mission statements.

While analysts once perceived siemens as a corporate dinosaur, it recovered its reputation in the 1990s by undergoing major restructuring. This helped to keep costs low and efficiencies high while preserving the synergistic benefits of its broad-based structure.

Today, Siemens operates in over 190 countries and maintains a very competitive position in manufacturing and information technology sectors.

In 2021, Siemens announced a new business strategy that will focus on sustainability, digitalization, and automation, with the company’s ultimate goal of continued growth.

Its sustainability goals operate under the DEGREE framework:

By focusing on sustainability, employee fulfillment, and equality, Siemens is putting itself in a strong position for the future.

In terms of corporate culture, the company places particular emphasis on diversity, training, and equality. It offers performance bonuses and competitive salaries, as well as an excellent graduate scheme. The scheme is a two-year international development program available in many regions such as Germany, Denmark, UK, the USA, Russia, and Egypt.

A SWOT analysis assesses the strengths, weaknesses, opportunities, and threats to a business. It is cost-effective and extremely useful for generating business insights.

One of Siemens’ strengths is its presence across multiple sectors, but many other businesses now have the same idea. The global population is growing at an unprecedented rate, and with that growth comes the increasing demand for infrastructure, engineering, and technology developments. For companies like Siemens, this is promising, but it also makes the industry highly competitive.

To maintain a strong market share, companies must constantly innovate and adapt to keep up with the new demands of the population.

Below, you can find an analysis of Siemens’ key competitors.

General Electric Company, or GE, is an American multinational conglomerate headquartered in Boston, Massachusetts. It was founded in 1892 in New York and is best known today for its power, renewable energy, aviation, and healthcare industries. In this way, it is extremely similar to Siemens.

GE has typically maintained a stable revenue stream over the years, but the pandemic caused a drop in total revenue in 2020 to $79.6 billion. However, GE’s revenue for the quarter ending June 2021 was $18.279, an 8.7% increase year-on-year which indicates recovery.

Strong research and development (R&D) processes are one of GE’s primary strengths. The company’s generic strategy to maintain its competitive advantage is differentiation, which involves attracting customers with unique products. By having strong R&D processes, GE can achieve success concerning this goal.

The aviation side of GE’s business has, as expected, experienced turmoil due to the global pandemic. However, GE has reacted to these difficulties to minimize losses by merging its aircraft leasing business with rival AerCap in a $30 billion deal. GE’s CEO said that the risk would “significantly de-risk GE.”

Schneider Electric SE is a multinational company providing energy and automation digital solutions for efficiency and sustainability. Founded in 1836, Schneider Electric is headquartered in France and is the parent company of Square D and Pelco, among others. It has about 20,000 patents that are active across the globe.

Operating in over 100 countries and with over 144,000 employees, it has about 20,000 patents across the globe. Schneider’s purpose, as stated on the company’s website, is to “empower all to make the most of our energy and resources.”

In 2020, the company generated a revenue of approximately 25.2 billion euros. Schneider’s “Life is On” campaign demonstrates how the company has managed to transform the pandemic into a positive business opportunity, supporting mission-critical applications in a world under stress.

Schneider’s development of green energy and its mission for sustainability gives it a competitive advantage over many similar companies as it is clearly planning for the future.

One issue the company faces is its irregular supply of products. To keep up with industry innovations and fend off competition, Schneider has had to develop many products, but the supply is often not regular, leading to low-income markets.

Schneider Electric was named winner for Excellence in Operations at the IDC Industry Insights Innovation Awards 2020.

ABB is currently embarking on a “mission to zero,” which aims to achieve the green energy transition sustainably through digital energy management. The company’s mission statement is as follows: “Writing the future of safe, smart, and sustainable electrification.” 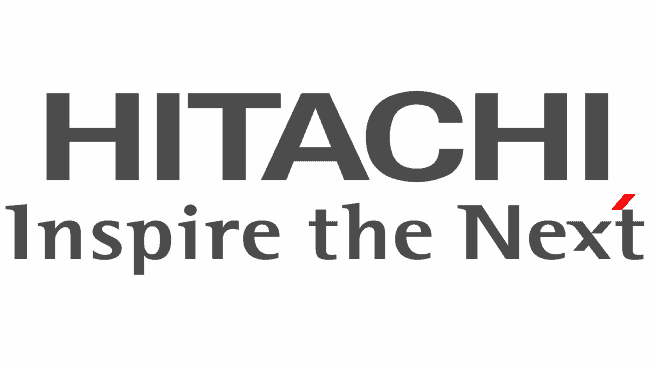 Like Siemens, Hitachi focuses partly on energy sources, including nuclear power, power grids, wind turbines, and power generation systems. In this respect, the two are in direct competition.

It also has several subsidiaries, such as Hitachi Rail. In 2020, the company signed an exclusive agreement with Hyperdrive, a lithium-ion battery company based in the UK, to bring battery-powered trains to the country. By doing so, Hitachi proved itself to be forward-thinking, especially with the climate crisis, which demands more sustainable transport.

Going forward, the company hopes to act as a COP26 principal partner at the UN meeting in Glasgow, helping governments, cities, and countries to cut carbon.

Across Alstom’s impressive portfolio, it maintains a market-leading position, with approximately 40% of the world’s nuclear power stations using equipment made by Alston and roughly 30% of boilers in homes worldwide.

The company operates in over 200 locations worldwide, with over 30 centers of technical expertise across 70 countries.

On its website, Alstom asserts its commitment to “supporting carbon neutrality in transport by building innovative, sustainable mobility solutions with a low carbon footprint.”

For 2022/23, its sustainability objectives are:

These objectives exemplify a wider trend in the manufacturing industry as companies face increasing pressure to go green. Whether they will be met remains to be seen. 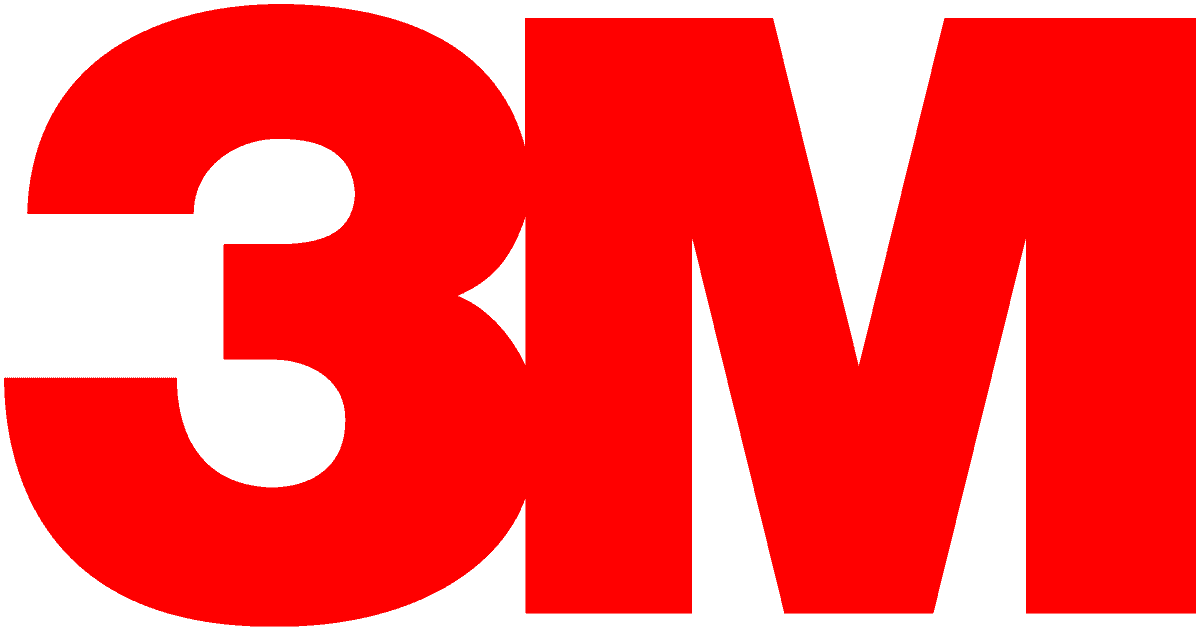 The 3M Company is an American multinational conglomerate corporation that uses the tagline “Science. Applied to life.” It was founded in 1902 and is headquartered in Saint Paul, Minnesota. 3M manufactures industrial, safety, transportation, healthcare, and consumer products.

In 2020, the company generated $32.2 billion in net sales. It has an extremely strong reputation for product innovation, and by operating in multiple markets across the globe, it has been able to successfully diversify its business operations.

Like its competitor Alstom, 3M pledged in 2019 to source 100% renewable energy for its global operations. The company’s mission asserts its commitment “to actively contributing to sustainable development through environmental protection, social responsibility, and economic progress.

In August 2021, 3M announced it would be included in the State Street Global Advisors (SSGA) Gender Diversity Index ETF. The SSGA consists of large US companies that are committed to closing the gender gaps. This demonstrates the company’s dedication to its employees through positive and supportive culture.

How Siemens Stands Out

Siemens is the largest industrial manufacturing company in Europe, giving it considerable power, influence, and stability. Not only is the company dedicated to innovation and sustainability, but it has also set out a number of actionable goals to help it succeed in these areas.

Perhaps the most admirable thing about Siemens is that it can be seen as a model for other companies, proving that small businesses can grow into successful global businesses.

Question: Which is the largest manufacturing company in the world?

Answer: The largest manufacturing company in the world is Volkswagen Group, which in 2020 generated a revenue of $282.9 billion. It has almost 120 production plants across 20 European countries and 10 countries in the Americas, Asia, and Africa.

However, out of the direct competitors who have been analyzed in this article, Hitachi is the largest based on revenue, with a staggering $78.85 billion recorded in 2020.

Question: What is Siemens’ competitive advantage?

Answer: Siemens’ competitive advantage is its rapid digitization. It has incorporated real-world and online business to create a company that can empower its customers. Furthermore, digitization and new technologies help Siemens to continuously innovate and adapt, staying ahead of the competition.

Question: Who is Siemens’ biggest competitor?

Answer: Each of the companies analyzed in this article has a competitive market share in the manufacturing and power industries, and for this reason, they are all very strong competitors. However, the competitor which generates the most revenue is Hitachi.

Answer: Siemens shows a strong commitment to innovation and sustainability, two key traits which will play a vital role in its ongoing success. Since the company has been operating for so long, it has a strong financial base.

With a rapidly growing global population, demand within the manufacturing industry is likely to see continued growth, but with this growth comes new competition.

To stay ahead of the game, companies like Siemens will not only need to set sustainability goals it will also need to meet them while providing consistently innovative solutions to contemporary transport and energy problems.