Costco, known formally as Costco Wholesale Corporation, is one of the world’s largest operators of discount retail stores. In recent years, consumers have begun to place increasing pressure on retailers to provide cheap merchandise, driving competition within this sector.

The Covid-19 pandemic has thrown up particular problems for wholesale retailers. In contrast, the demand for discounted goods has continued to grow, supply chain issues have emerged due to border closures and ongoing restrictions. Consequently, wholesale retailers have felt mounting pressure to keep their merchandise moving.

With hundreds of locations worldwide and a well-established business model, Costco is in a strong position to overcome the lasting challenges of the pandemic and continue to thrive.

Founded in 1983 in Seattle, Washington, Costco is the world’s largest and most successful warehouse club. In 2020, the company made an astounding $166.76 billion in revenue. It is headquartered in Issaquah, Washington, with over 800 warehouses worldwide and over 270,000 employees.

On its website, Costco lists over 24 categories of merchandise, ranging from electronics to baby products.

Costco’s trajectory to success began in 1993 when it merged with Price Club; the resulting company, PriceCostco, generated $16 billion in annual sales. In addition to this, it was the first company to ever grow from zero to $3 billion in sales in less than 6 years.

The guiding philosophy of Costco is to “keep costs down and pass the savings on to our members.” If you are interested in reading more about other companies’ values, we have compiled a list of the most powerful and enduring mission statements. 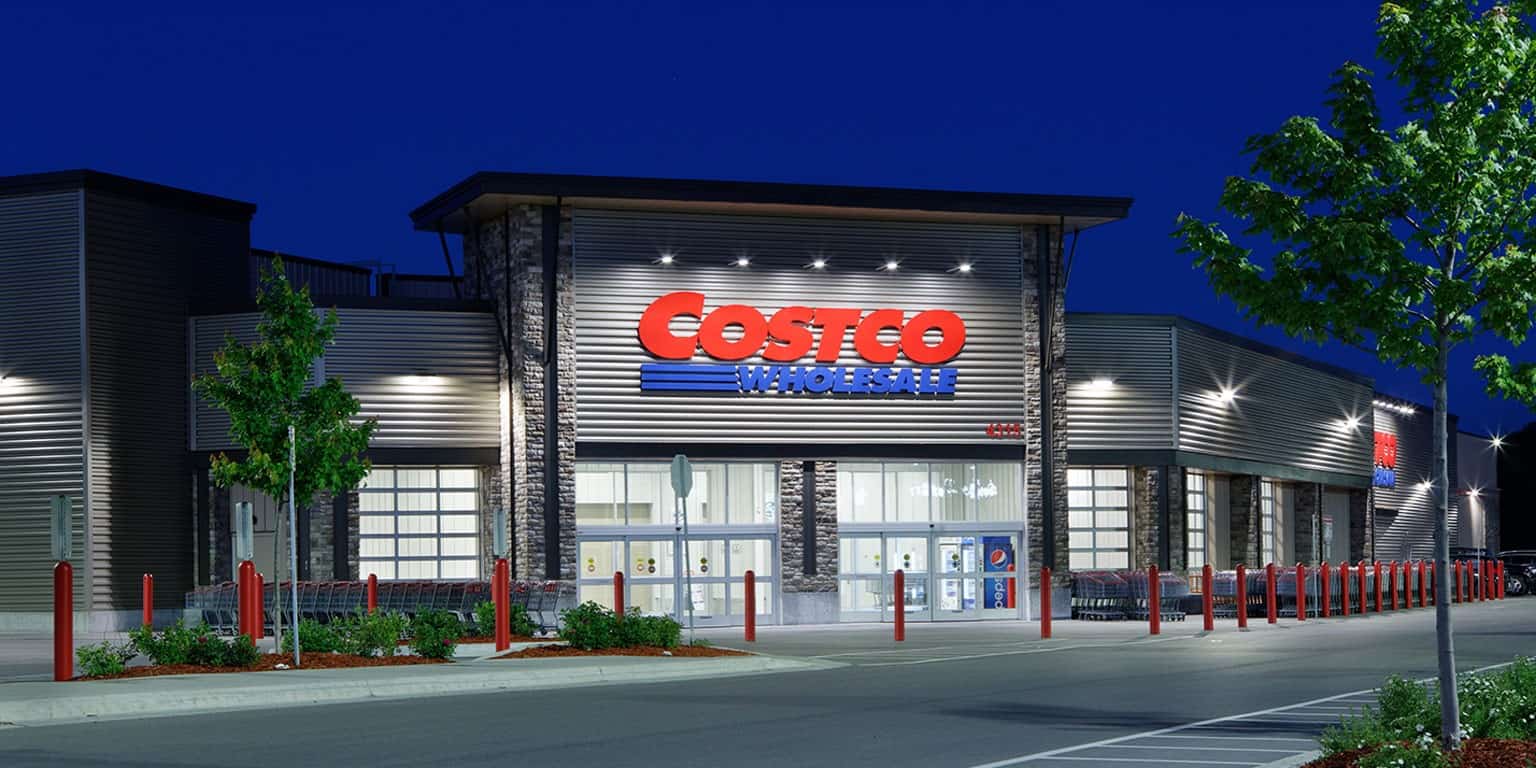 Costco utilizes a membership-based warehouse club business model. This is similar to a subscription revenue model, although it differs in that members pay to access discounted products; they do not receive free merchandise in exchange for this fee.

Costco is laser-focused on cost leadership in terms of strategy, which requires the company to offer the lowest retail prices possible. However, this is a rather precarious position to maintain since any cheaper competitors would immediately deprive its competitive advantage.

Costco has certainly progressed with the times, offering an excellent e-commerce service in addition to its numerous warehouses. Indeed, in the second quarter of 2021, the company announced that its online sales rose by 75.8% year on year. Since Costco’s membership model translates so well to e-commerce, it is hardly surprising to note such success.

Morgan Stanley analysts recently observed that Costco “operates one of the best business models in our space.”

However, this is not solely due to the company’s willingness to move into e-commerce. Instead, Costco has sought to consolidate its position as a leading retailer of the kinds of products that consumers want to purchase in-store, such as fresh groceries. For this reason, it can compete with e-commerce giants like Amazon.

A SWOT analysis assesses the strengths, weaknesses, opportunities, and threats to a business. It is cost-effective and extremely useful for generating business insights. 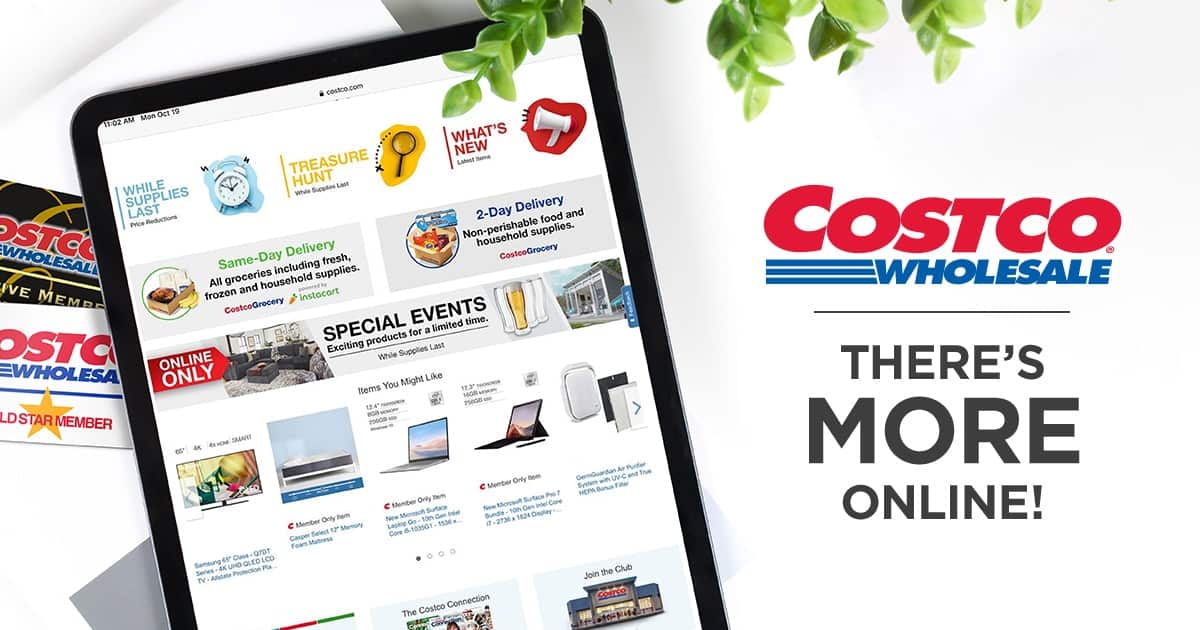 Discount stores are undoubtedly one of the fastest-growing retail sectors. With growing financial uncertainty in the post-pandemic world, many consumers choose to tighten their purse strings and seek out bargains instead of splashing the cash.

For Costco, this is a good thing for sales, but it also means the competition for a significant market share is becoming more fierce.

Below you can find an analysis of Costco’s top competitors: 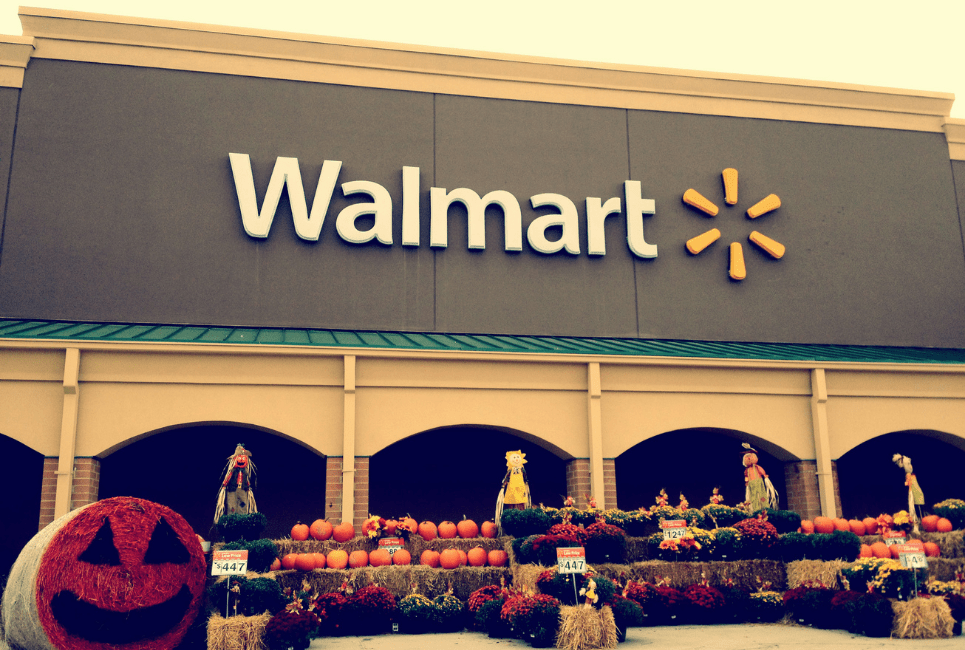 Walmart was founded in 1962 and is headquartered in Bentonville, Arkansas. It is a global retailer selling a range of merchandise for low prices, including family apparel, health and beauty products, toys, sporting goods, electronics, and much more.

In 2020, Walmart’s revenue hit an impressive $559 billion, and it isn’t difficult to see why: every week, over 200 million customers and members visit Walmart stores and e-commerce sites in 24 countries across the world.

There are three key components to Walmart’s business model – Walmart US (64% of net sales), Walmart International (24% of net sales), and Sam’s Club (12% of net sales) – each of which has multiple formats, including e-commerce, hypermarkets, warehouse clubs, and supermarkets. 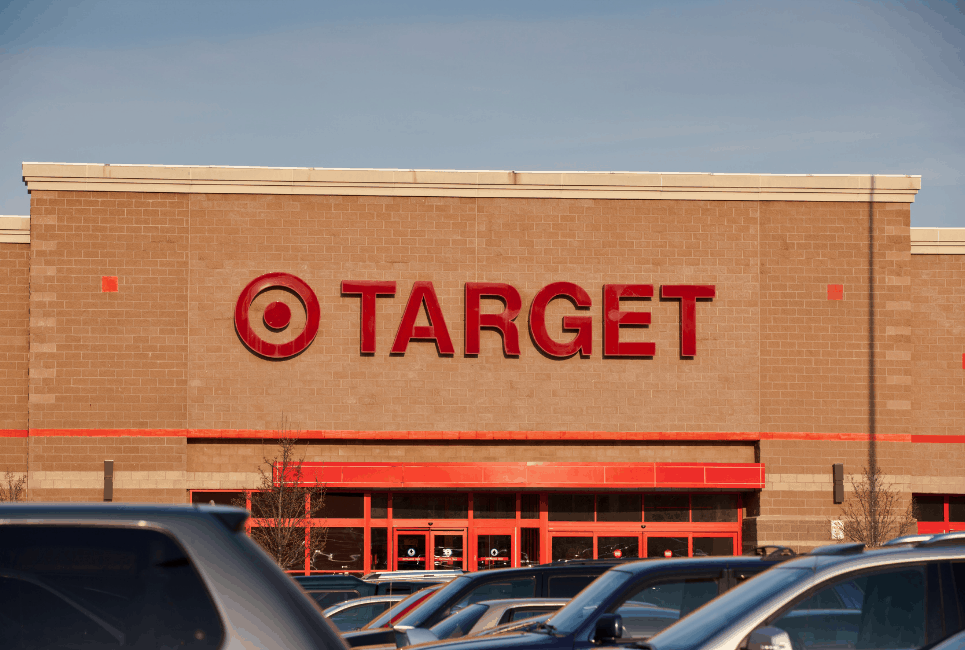 Target is a leading mass-market corporation operating 1,897 stores throughout the U.S. These stores sell general merchandise products, including homewares, clothing, accessories, and food items. It was founded in 1962 and is headquartered in Minneapolis, Minnesota.

In 2020, Target became the 3rd largest discount store globally when it hit $93.6 billion in sales. This impressive figure reflects the company’s focus on its long-term financial strength.

Like many retailers who have seen exceptional growth over the past decade, Target invests heavily in technology. For example, the Target App allows customers to access the same range of products while on the go.

In addition to its financial success, Target has also achieved widespread brand recognition, not only in the U.S. but throughout the world. Its consumer base is extremely loyal, and this can be attributed in part to the company’s consistent branding. 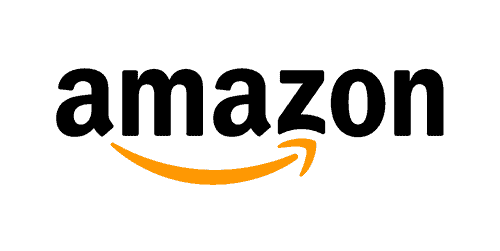 Amazon was famously founded by Jeff Bezos in 1994, and since then, it has become synonymous with e-commerce for millions of consumers across the globe. Headquartered in Seattle, Washington, Amazon employs 1,298,000 people as of December 2020.

It’s safe to say few companies have achieved the kind of iconic status that Amazon enjoys today. In fact, it is the 4th most prominent company globally, a rank which it has achieved partly due to the tailored services it provides for local people.

Not only does Amazon engage in e-commerce, but it has also branched out into digital streaming, artificial intelligence, and cloud computing. Its retail offering operates in two ways: selling products purchased for resale through third-party sellers and manufacturing and selling its own electronic devices like Kindle.

In a bid to demonstrate Amazon’s environmental conscience, it has pledged to have over 100,000 electric vans delivering parcels by 2039. 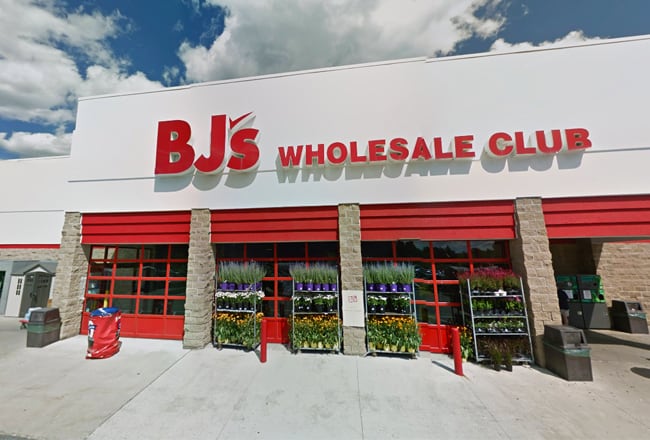 BJ’s Wholesale Club is America’s third-largest membership warehouse club. Thus, while it is directly comparable to Costco, it is also significantly less successful.

BJ’s was founded in 1984 and is headquartered in Westborough, Massachusetts. The company operates in about 220 locations across 15 states, boasting over 5 million members.

Roughly 60% of the merchandise at BJ’s is food, including canned and fresh items. The rest of the company’s merchandise ranges from apparel and homewares to office equipment.

In 2020, BJ’s brought in an impressive revenue of $15.43 billion, and in the second quarter of fiscal 2021, the company’s comparable sales went up by 4%. Furthermore, BJ’s digital sales also grew by 4%, suggesting that services first offered during the Covid-19 pandemic, like curbside pickup, remain not only popular but also profitable.

Embracing new technology is crucial for all retailers. In 2017, BJ’s demonstrated its awareness of this by partnering with tech company First Insight to implement a new predictive analytics machine that aids buying decisions. It is moves like this that help to set BJ’s apart from the competition. 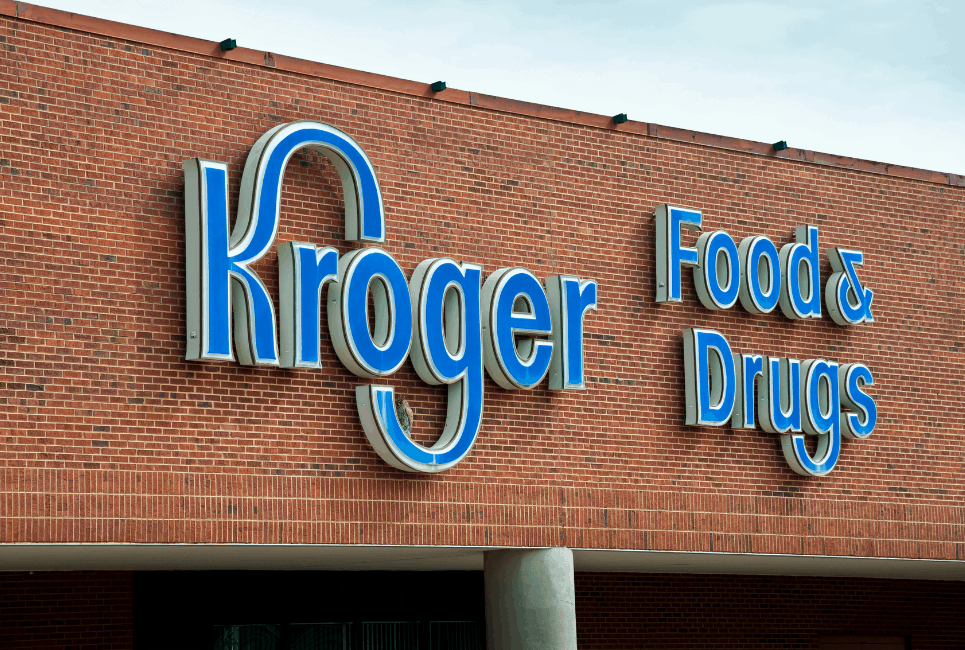 The Kroger Company, known more simply as Kroger, is a retail company founded in 1883 in Cincinnati, Ohio. The company operates food and drug stores, multi-department stores, marketplace stores, and price impact warehouses. It is the latter type of store which makes Kroger directly comparable to Costco.

As of January 2021, the company operates over 2,700 retail food stores under various banner names in 35 states. Crucially, it also operates an online store.

One of the company’s key strengths is its private-label portfolio. In recent years, it has begun to develop its own products, including an organic range. This awareness of current consumer trends bodes well for Kroger’s future development.

Although Kroger is somewhat less successful than Costco, it can be said to outdo its competitor in one particular way: by operating a broad array of store formats. Consumers hunting for a bargain will go to price impact warehouses, while those looking for premium products will favor combination stores. 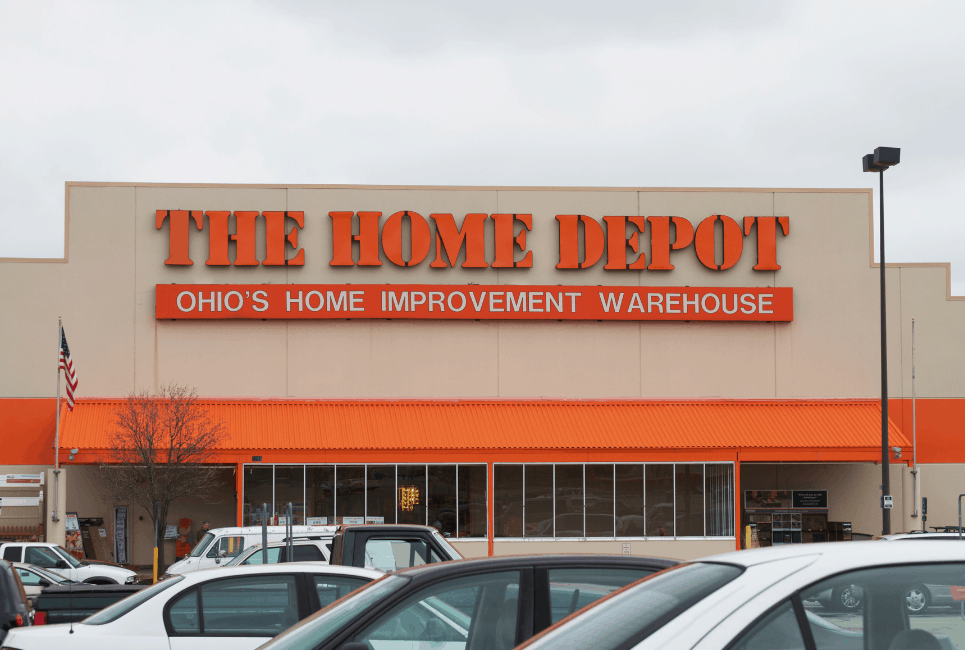 The Home Depot, Inc. , known simply as Home Depot, is headquartered in Atlanta, Georgia. It is the largest supplier of home improvement supplies in the US, and in 2020, it generated $12.8 billion of net income.

The company has seen a recent surge in demand due to the global pandemic causing people to spend more time in their homes. To manage this surge, Home Depot has invested heavily. It has also begun to focus on market development by expanding into Mexico and Canada.

Home Depot acquired H.D. Supply Holdings, Inc. for an astounding $8 billion in November 2020, setting the company up for further expansions across the globe.

How Costco Stands Out

Costco operates in hundreds of locations worldwide and has an exceptional level of brand recognition. Its discount products are not only affordable but also of good quality. Moreover, as one of the world’s largest chain retail stores, Costco’s supply chain and distribution network are robust and powerful.

In 2020, the company ranked 79th position on Forbes list of the world’s most valuable brands.

Question: Which is the largest discount retailer in the world?

Walmart’s wide range of merchandise at affordable prices has helped position it as an internationally recognizable and desirable brand.

Question: What is Costco’s competitive advantage?

Answer: Costco has several significant competitive advantages:
Loyal customer base – Costco offers special benefits and discounts for members, which is part of the reason it manages to retain a significant number of loyal customers.
Pricing strategy – Because Costco buys in bulk, it can offer discounted merchandise to its members, as well as special deals. Furthermore, by managing operational efficiency, it has cut down on costs which it then passes on to the consumer.
Employee-friendly culture – Costco’s thriving employee culture values wellbeing, health, and growth.

Question: What is Costco’s biggest weakness?

Answer: Costco’s investment in research, development, and technology is lower than many of its competitors. This puts the company at risk of being left behind as e-commerce grows and other retailers take advantage of technological advances. Additionally, this could prevent Costco from connecting with younger audiences.

Question: Who is Costco’s biggest competitor?

Answer: Walmart is the largest retailer globally, and for this reason, it is also Costco’s biggest competitor. That being said, all of the companies discussed in this analysis have several strengths that Costco could learn from.

Answer: Not only does Costco offer exceptional value to its members, but there are also a whole host of other benefits and perks that many people are often unaware of. You can access travel vouchers, grocery discounts, and sometimes even free health screenings. The consumer experience at Costco is arguably unparalleled, even by some of its larger rivals.

Evidently, the discount retail sector is highly competitive, and there are a number of excellent companies for consumers to choose from. Consequently, Costco’s mission to offer the best value and the best customer experience becomes even more crucial to the business’ success.

Given its extensive brand recognition and high customer satisfaction, Costco can compete effectively with even the biggest names like Walmart.

If you want to find out more about similar companies, you can find them below: