I dreamed of flying through the stars in a spaceship as a kid. Most of us probably wished we could visit the moon at one point or another. That dream might not be so far away, thanks to Elon Musk’s latest efforts.

SpaceX, after all, was founded to make affordable spaceflight a reality. Now that we have tired of exploring our planet, some of us have set our sights elsewhere. Thousands and thousands of miles elsewhere, actually. In space.

Whether or not we get there any time soon is one thing, but for now, at least we can say there is a company trying to achieve it. There are several – you just might not have heard of them.

And it’s largely thanks to Elon Musk that the aerospace industry has widened its scope to include the possibility of commercial spaceflight.

After shrinking during the pandemic, the global aerospace industry began to recover in 2021, reporting $712 billion in revenue, a 4% increase year on year. However, the industry’s problems extend further than Covid-19; it decreased at an annual growth rate (CAGR) of -0.3% since 2015.

There are several factors contributing to this lack of growth, one of which is – if you ask me – because the industry lost momentum with no new exciting projects on the horizon. We’d been to the moon, built satellites, and sent rovers into space. “What next?” the world was thinking.

Musk had the answer, and other companies quickly followed suit. In this SpaceX competitors analysis, I’ll explain how SpaceX fits into the rapidly changing landscape of the aerospace industry.

SpaceX might not be the biggest aerospace company in terms of revenue, but it is the biggest company working towards making commercial spaceflight a reality.

There are a lot of big players in the aerospace industry, but if you ask me, many are failing to maintain their growth because they are stuck in old ways and bound by old processes. SpaceX disrupted the industry and changed the rules of the game.

Other companies like Blue Origin and Virgin Galactic pose a threat, especially since they share an identical mission, but none have been as successful as SpaceX. The lesson? Get there first and get there fast.

Space Exploration Technologies Corp. is an American aerospace company founded by Elon Musk in 2002. It is a space launch provider, a spacecraft manufacturer, and a satellite communications corporation with headquarters in Hawthorne, California.

When Musk founded SpaceX, his ambition was to revolutionize space technology. Specifically, he wanted it to be the first company to offer commercial spaceflight – a goal he achieved in 2022 when SpaceX sent an all-civilian privately chartered spaceflight into orbit.

SpaceX has gained attention from around the world for hitting several historic milestones.

In 2012, SpaceX’s Dragon spacecraft became the first to deliver cargo to and from the International Space Station (ISS). Right now, it is the only private company that can return a spacecraft from low-earth orbit. Even more excitingly, in 2020, SpaceX became the first privately owned company to send people to the ISS.

SpaceX’s business plan focuses on innovative space exploration and communication technologies using a strategy of cost reduction and reusability. This focus on reusing spacecraft is a revolutionary approach that sets SpaceX apart from others.

The company operates a production revenue model and relies on investors. I’m sure I’m not the only person thrilled by the prospect of commercial spaceflight, which makes this a highly successful revenue model – it’s something for investors to get excited about.

SpaceX is a privately owned company, so its financials aren’t readily available, but Jefferies estimates it made $2 billion in launch revenue in 2018, which is more than any other rocket company.

That was a few years ago, but it’s clear that SpaceX is only getting started. Its valuation has jumped from around $12 billion in 2014 to a staggering $127 billion in 2022.

As well as focusing on commercial spaceflight, SpaceX’s revenue comes from government contracts. The company has won supply contracts from NASA to the space station, with 30 missions on the manifest in 2018 alone. In 2012, the company announced its first two launch contracts with the US Department of Defense.

If you asked me to explain Virgin Galactic and Virgin Orbit in simple terms, I’d say they are like a slightly less successful version of SpaceX. Both companies are owned by wealthy men who are chasing childhood dreams and having a competition about who has the, er…bigger spacecraft. Anyway.

Virgin Orbit is a company with the Virgin Group that provides satellite launch services. It was founded in 2017 by Richard Branson and has since delivered civil, commercial, national security, and international satellites into orbit. 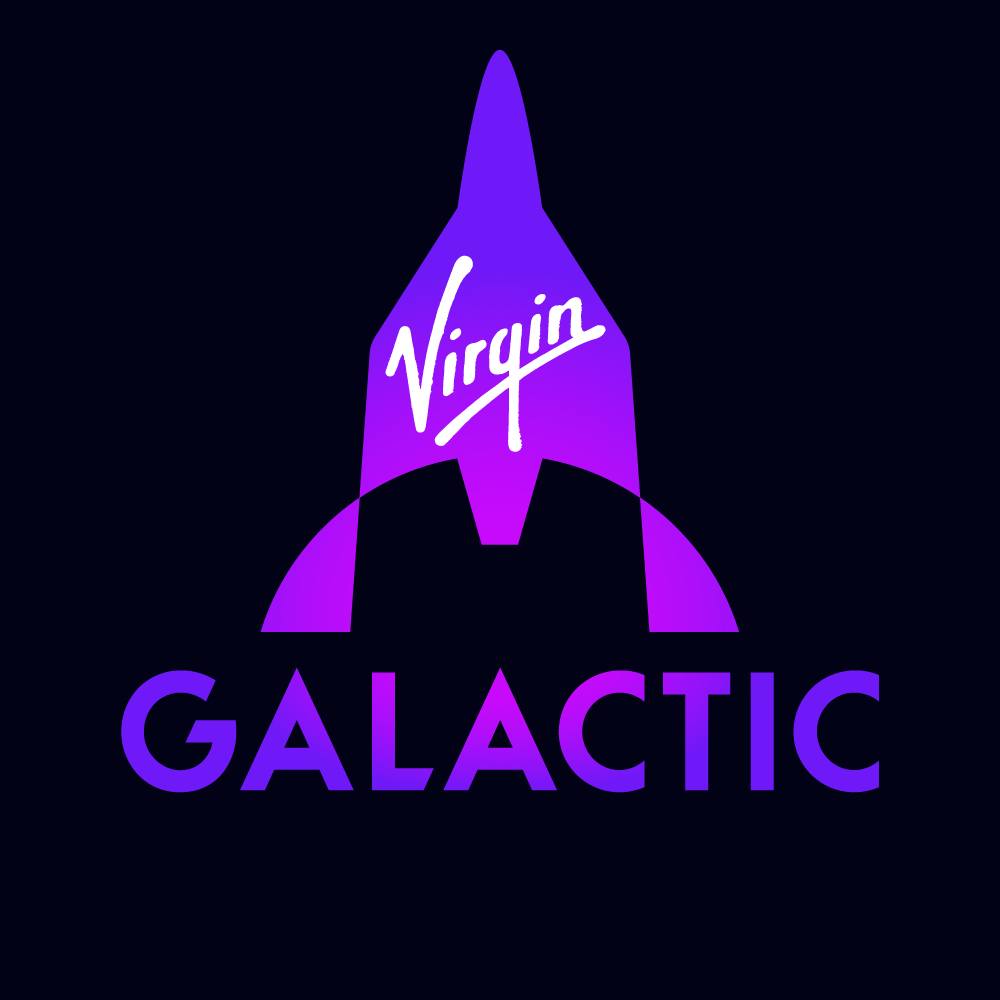 Virgin Galactic is an American spaceflight company founded by Richard Branson in 2004. Both companies operate under the Virgin brand and offer essentially the same services as SpaceX, which is why I’ve included them in one joint section of this competitor analysis.

Virgin Galactic’s first fully-crewed space flight happened in 2021, with the company’s founder on board. However, its first commercial passenger flight, scheduled to take place in 2022, has been pushed to 2023 due to labor constraints and supply chain issues. 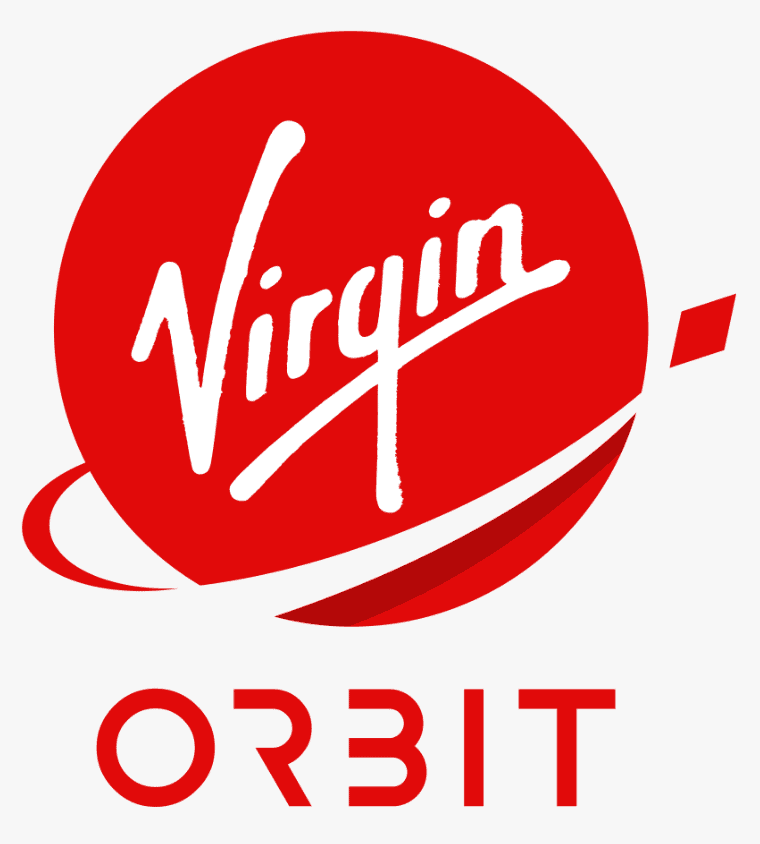 Also, like SpaceX, Virgin Galactic has been highly successful in gaining investments. Virgin Group reportedly invested $100 million (which should come as no surprise), then in 2010, Aabar Investments Group, the sovereign wealth fund of Abu Dhabi, acquired a 31.8% stake for $280 million. This money gave the group regional rights to launch scientific research and tourism space flights from the UAE capital.

Virgin Galactic reported revenue of $141,000 and a net loss of $80 million during the final quarter of 2021. It has lost $2 billion in as many years. Branson’s sale of his $300 million stake, which also happened in 2021, shows how much the company is struggling compared to SpaceX.

Things are more favourable for Virgin Orbit, which announced revenue of $7.4 million in 2021, up from $3.8 million the year before. However, there was still a full-year net loss of $157.3 million.

Like Musk and Branson, Bezos aims to make space tourism a reality. However, there’s a twist; Bezos envisions a future where people work and live in space to benefit Earth. I don’t know about you, but I don’t have plans to leave this planet any time soon!

As you’d expect, Blue Origin’s progress in the aerospace industry has been slow but steady. 2006 saw the first flight of the company’s experimental rocket, Goddard, named after physicist Robert Goddard. Blue Origin kept working on New Shepard simultaneously, and its first flight saw one seat reach an auction price of $28 million.

As of 2020, Blue Origin had raised $167.4 million in funding over three rounds, which I suspect is part of why the company sees more success than Virgin Galactic. To operate successfully as a private aerospace company, raising funding is crucial.

If you ask me, one of the best measures of success for private aerospace companies is whether they have worked with NASA. Blue Origin and SpaceX have, and they seem to be leaving the competition in the dust.

Blue Origin is a privately owned company, so little information is available about its financials. However, I’d estimate the company is worth around $15-$20 billion.

Northrop Grumman is a multinational defense and aerospace company founded in 1994 in Denver, Colorado. Its headquarters are in Falls Church, Virginia, and in 2020, it came 96th on the Fortune 500 list of America’s largest corporations.

The company’s vision is grounded in practicality rather than excessive ambition, unlike the other companies I’ve discussed, and so far, this approach has served it well.

Northrop Grumman has won the Collier Trophy – an award from the National Aeronautics Association celebrating America’s most outstanding aeronautic achievement – no less than eight times. One of the company’s notable projects is the development of neuromorphic cameras designed to work in the same way as the human eye.

Naturally, there has been a lot of media buzz surrounding the achievements of SpaceX, but Northrop Grumman has achieved equally impressive things regarding space exploration. For example, it built the world’s first privately-developed space launch vehicle and has since launched nearly 100 missions.

Other areas of interest for Northrop Grumman are space logistics, propulsion systems, and communications satellites. The company brings in annual revenue of more than $30 billion. 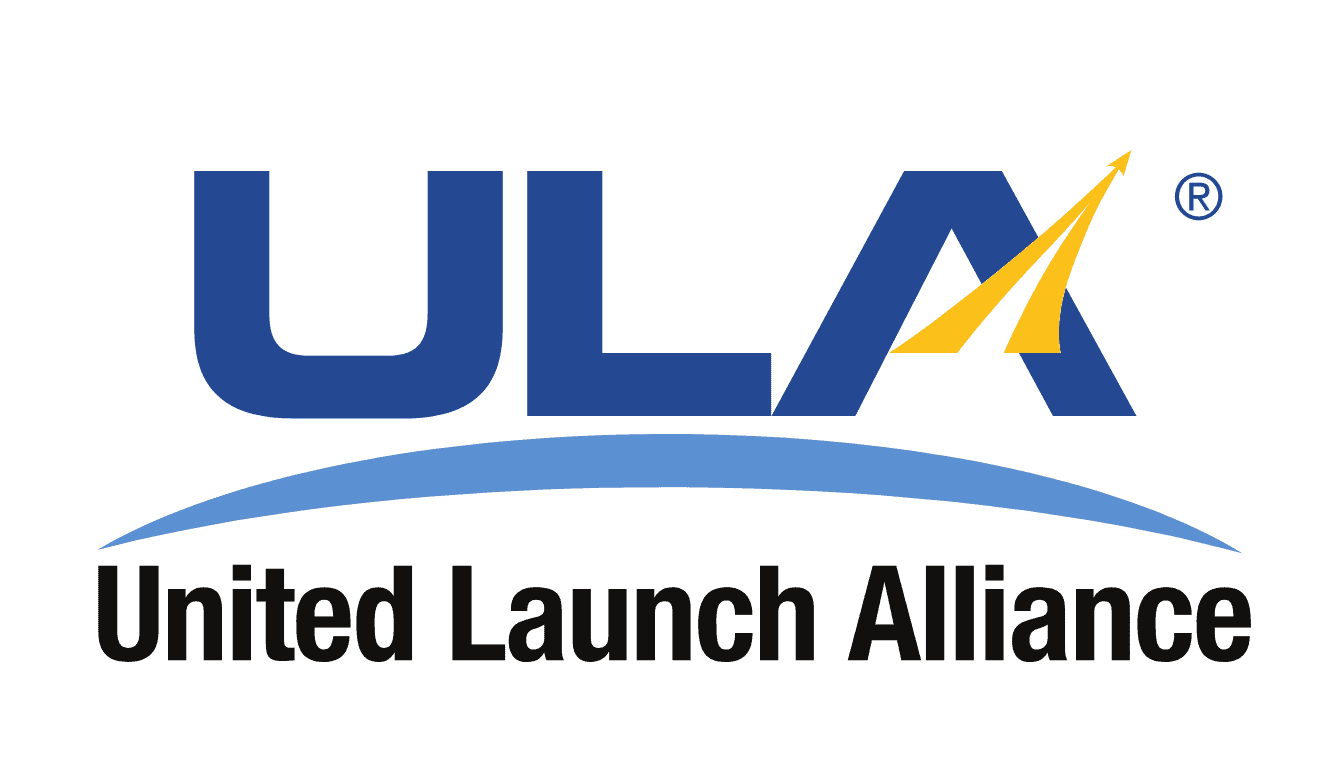 United Launch Alliance is a spacecraft launch service provider based in the US, with headquarters in Colorado. The company was founded in 2006, and it manufactures and operates several rocket vehicles that can launch spacecraft into orbits around Earth and other planets.

On ULA’s website, the company claims to be America’s most experienced space launch company, having orchestrated over 145 consecutive launches successfully. It’s hardly surprising that ULA has achieved so much, considering it is the product of a joint venture between Boeing and Lockheed Martin, both of which you can read about in this Boeing competitors analysis.

When ULA was founded, the company saw exponential growth for the best part of a decade. It quickly monopolised lucrative Pentagon contracts to put security satellites into orbit. Remember what I said about government contracts being crucial to a successful business strategy in the aerospace industry? Here is further proof.

However, SpaceX didn’t just enter the industry – Musk and his big dreams disrupted it, taking a chunk of ULA’s business. ULA’s parent companies even considered abandoning it until Tory Bruno turned everything around as CEO.

Under Bruno’s direction, ULA has been creating and nurturing strategic partnerships to strengthen its weak position within the industry. Notably, in 2018 ULA entered into a partnership with Blue Origin, whose Advanced Booster Engine will be used in the Vulcan Centaur Rocket System.

More recently, ULA signed a contract for 38 launches to help put Amazon’s Kuiper internet satellite constellation into orbit. This was the most significant commercial launch contract ever.

Unfortunately, ULA isn’t out of the woods just yet. The Vulcan rocket still hasn’t been launched due to delays from Blue Origin, and SpaceX is working on a fully reusable rocket that will send shockwaves through the industry again.

Below, I have included a SWOT analysis of SpaceX which covers the company’s strengths, weaknesses, opportunities, and threats. 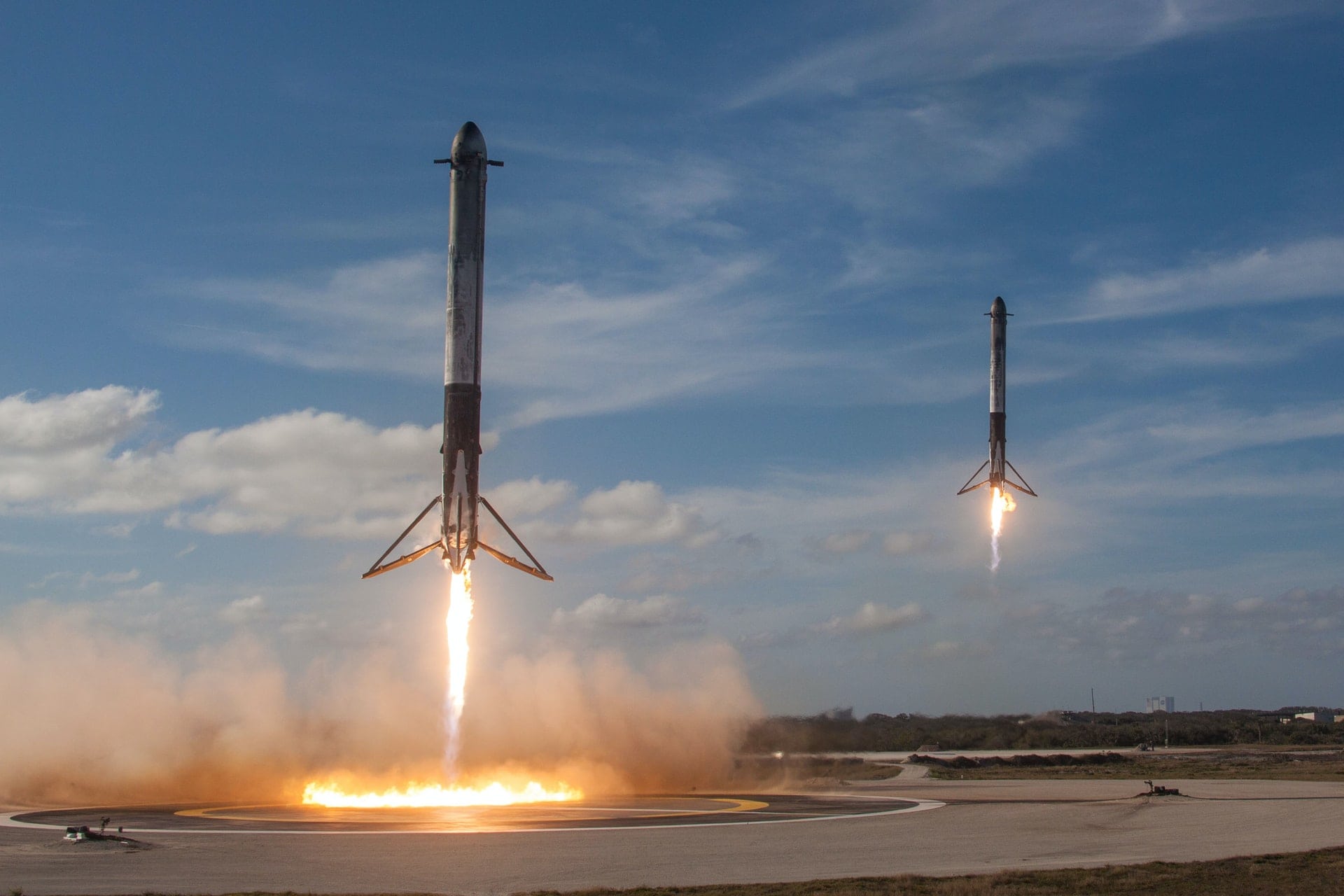 Answer: In the beginning, United Launch Alliance was SpaceX’s biggest competitor. However, it is safe to say that SpaceX has now overtaken ULA regarding success and revenue.

Question: What is SpaceX’s competitive advantage?

Answer: SpaceX has several competitive advantages:
The company has plenty of flight-proven hardware
It is well known owing to Elon Musk’s own fame
SpaceX has a modern approach and a clear vision, whereas some companies are stuck in old ways

Question: Which is best, SpaceX, Virgin Galactic, or Blue Origin?

Answer: SpaceX has been the biggest disruptor of the industry. The company has ambitious, fresh ideas – and the money to back them up. For that reason, I think it’s better than Virgin Galactic and Blue Orbit.

The aerospace industry is in a precarious position. With so many problems on Earth – from climate change to war in Ukraine – it may be hard for governments to see why they should be funneling money into space travel and exploration, which makes it difficult for companies like SpaceX to win much-needed contracts.

Nevertheless, the global space industry could generate over $1 trillion in revenue by 2040, with launch costs dropping by a staggering 95%. SpaceX has played a significant role in making this happen by bringing new ideas and technology to the table.

As long as there is enough public interest and Elon Musk has enough personal wealth to invest in new projects alongside other investors – neither seems to be waning any time soon – the sky is the limit.