Elon Musk is a South-African-born entrepreneur that has founded several successful companies and has a net worth of $168 billion.

Musk was born in Pretoria, South Africa, before moving to Canada and then America. He was born to a Canadian mother and South-African father and was brought up alongside his two siblings Kimbal and Tosca. Musk earned $22 million when his first company, Zip2, was sold to Compaq in 1999, and he made over $100 million when eBay bought PayPal in 2002.

Since then, Musk has worked tirelessly with several well-known ventures. This includes SpaceX (which he founded in 2002), which aims to put the first humans on the moon and has several successful space launches and NASA contracts. The company is now worth a reported $74 billion, and he is the CEO of electric car company Tesla, which is said to be worth $600 billion.

Musk has donated time to charity and heads the Musk Foundation. The foundation aims to provide solar-power energy systems for disaster areas worldwide.

Musk has been married three times (twice to the same person) and has seven children, with the youngest, X Æ A-Xii, born in 2020. 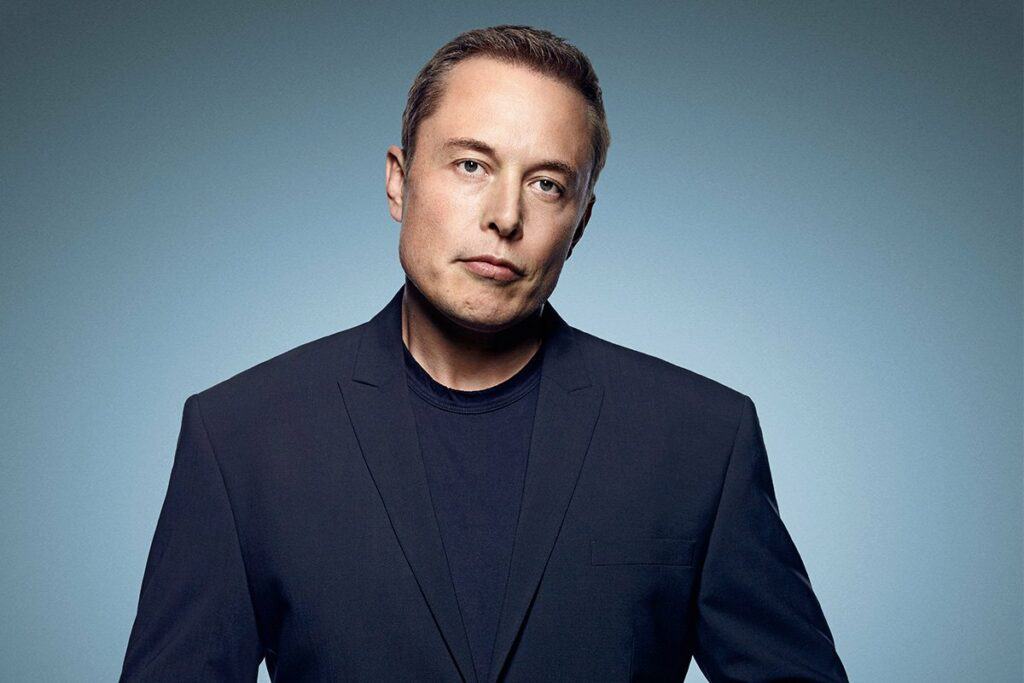 On June 28, 1971, Elon Musk was born in Pretoria, South Africa, to a Canadian mother and South African father. He was raised alongside his younger brother, Kimbal, and younger sister, Tosca.

Musk first gained an interest in computing in the early 1980s when he received a Commodore VIC-20, and he began programming almost right away. A few years later, when Musk was 12, he sold a video game that he had created, Blastar, to PC and Office Technology magazine for $500.

Elon Musk first attended the University of Pretoria while awaiting his application for a Canadian passport (through his mother’s nationality) and finally moved to Canada in June 1989. He stayed in Montreal and Saskatchewan, where he worked odd jobs, before studying at Queen’s University in Kingston, Ontario, and the University of Pennsylvania, where he graduated in economics and physics in 1997.

Before his graduation, Musk worked two internships in Silicon Valley and briefly studied for a PH.D. in materials science at Stanford University.

Zip2 was Musk’s first company which he co-founded with his brother and Greg Kouri. The company was focused on creating internet city guides, and they had some big-name contracts with both The New York Times and the Chicago Tribune. Compaq acquired zip2 in 1999 for $307 million, which landed Musk $22 million for his 7% share.

His next big venture was X.com (which would later morph into PayPal). X.com was an online bank federally insured and received over 200,000 customers within the first few months of operation. Musk was replaced as CEO towards the end of 1999; however, he returned as CEO when Confinity took over X.com in 2000. Musk was again replaced in September 2000 and was renamed PayPal in 2001. After eBay purchased PayPal in 2002 for $1.5 billion, Musk received over $100 million for his 11.2% shareholding.

SpaceX and Tesla are perhaps the two most well-known ventures that Musk is associated with.

SpaceX was founded in 2002 after Musk had become interested in the Mars Society (a non-profit organization that was set up to explore human exploration on Mars) the year before. Falcon 1 was the first privately-owned liquid-fueled rocket to reach the Earth’s orbit in 2008. Later that year, SpaceX was awarded a contract from NASA to coordinate cargo transport for the International Space Station.

Since then, SpaceX has gone from strength to strength, and after they successfully delivered cargo to the ISS in May 2012 with the Dragon C2+, its valuation doubled to $2.4 billion. With the launch of Starlink (which uses satellites to offer low latency, broadband internet system worldwide) and becoming the first private company to send humans to the ISS with Crew Demo-2 in 2020, Space X is worth a reported $74 billion.

Tesla was founded in 2003 by Martin Eberhard, and Marc Tarpenning and Musk joined as Chairman of the board in 2004 after the Series A round of investment. He became CEO in 2008. With an emphasis on electric vehicles and clean energy, the company has risen dramatically in valuation since it went public in 2009, from $1.9 billion in 2009 to an estimated nearly $600 billion in 2021.

Watch Elon Musk’s as he speaks to TED curator Chris Anderson about his current work, including a mass-marketed electric car and a fully reusable rocket.

This short clip from the BBC finds out who Elon Musk is and briefly goes over his business history.

Elon Musk talks to Ross Coutlhart, host of 60 Minutes Australia, to discuss his past business ventures, future projects, and the colonization of Mars.

While most Elon Musk’s business ventures have been highly successful, there have been some failures in his career along the way.

He unsuccessfully applied for a job at Netscape in the 1990s, and he was ousted as CEO of his startup Zip2 (although he did go on to make $22 million for his 7% share). Even though Tesla is incredibly popular now, it was on the brink of collapse in 2008. Musk kept the company operating by investing his own money and spending most of his wealth from the PayPal sale.

A similar situation can be seen with the history of SpaceX, which underwent various failures before becoming a successful company. This included several rocket launch explosions, and in 2015 an ISS resupply mission two minutes after take-off. 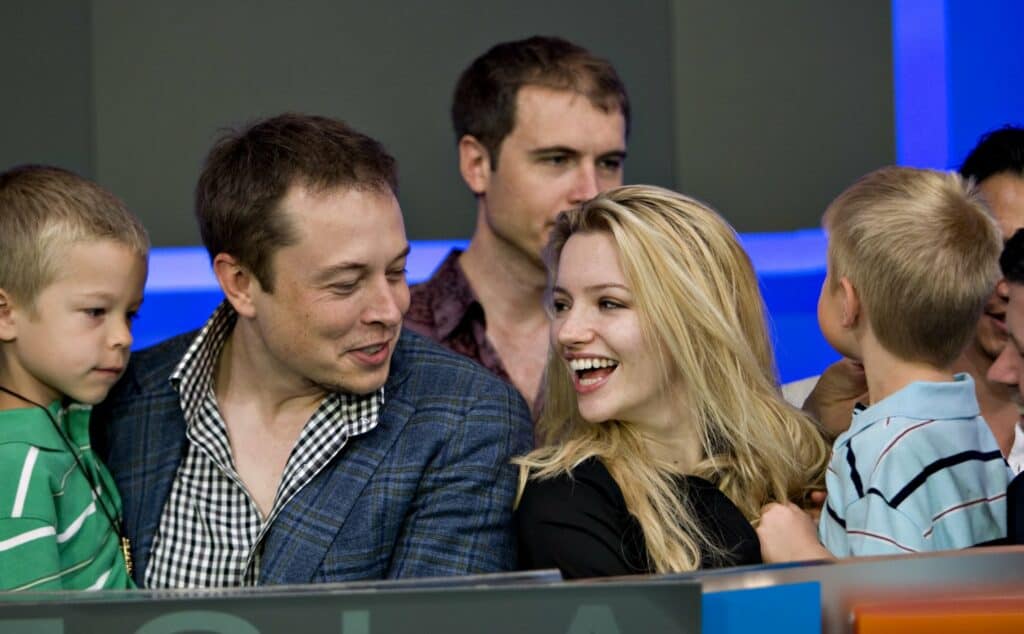 Elon Musk was brought up alongside his two siblings Kimbal and Tosca, in Pretoria, South Africa. His mother, Maye Musk, is a model, author, and dietitian.

Musk has been married three times and has six children. His first marriage to Canadian author Justine Wilson lasted from 2000 – 2008, and he married the English actress Talulah Riley twice between 2010 – 2016.

Musk has been in a relationship with Canadian musician Grimes (Claire Elise Boucher) since 2018.

Elon Musk has a net worth of $168 billion which puts him third on the list of richest people in the world behind Bernard Arnault and Jeff Bezos.

His net worth has risen considerably since 2011 from under $50 billion to the $168 billion he is worth today. However, most of Musk’s wealth is tied up in his shares in his companies, and he is said to be ‘cash poor’ after investing his own money in Tesla and SpaceX. 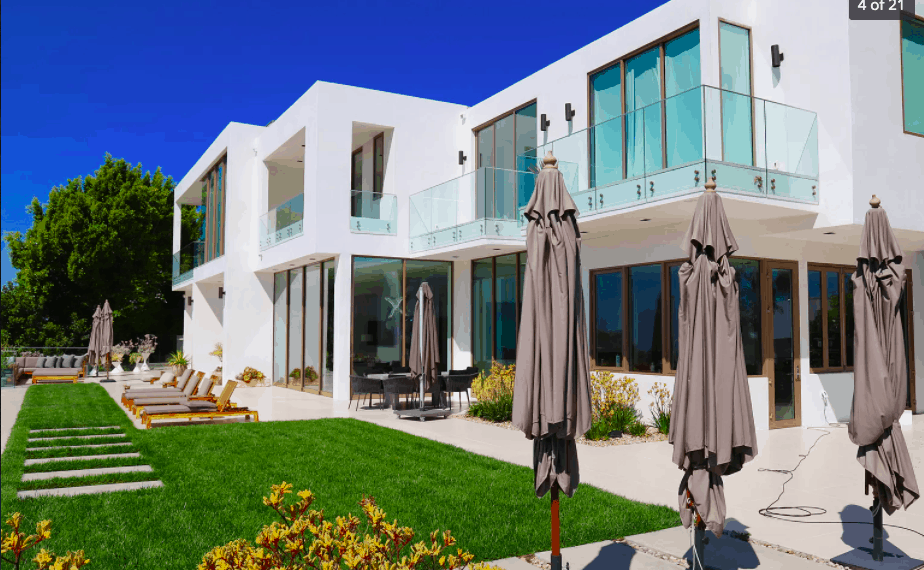 Elon Musk once owned over $100 million of real estate in California.

“When something is important enough, you do it even if the odds are not in your favor.”

“Failure is an option here. If things are not failing, you are not innovating enough.”

“I think it’s very important to have a feedback loop, where you’re constantly thinking about what you’ve done and how you could be doing it better.”

“People work better when they know what the goal is and why. It is important that people look forward to coming to work in the morning and enjoy working.”

Question: Where did Elon Musk go to college?

Answer: Elon Musk attended Queen’s University in Kingston, Ontario, in 1990; however, he transferred to the University of Pennsylvania after two years. He graduated in economics and physics in 1997.

Question: How much is Elon Musk worth?

Answer: Elon Musk’s net worth is $168 billion. This valuation comes from his 20% stake in Tesla and his 48% stake in SpaceX.

Answer: No. He has been married three times previously (twice to the same person). From 2000-2008 to Canadian author Justine Wilson, he was twice married to English actress Talulah Riley. He is currently in a relationship with Claire Elise Boucher, a Canadian musician known as Grimes.

Answer: Musk founded X.com in 1999, and the company acquired Confinity (which would go on to be known as PayPal in March 2000). Musk was replaced as CEO in October 2000, and the venture was renamed PayPal in 2001.

Question: Is Elon Musk the richest person in the world?

Question: How many homes does Elon Musk own?