Tesla is a famous brand known for spearheading the transition to electric and autonomous cars. It is a strong brand in its niche, but it is nowhere close to perfect as it is with all businesses.

This piece will break down Tesla’s SWOT analysis and bring out the good and bad sides that combine to make the giant the company is today. Read on;

This company was first formed as Tesla Motors, Inc but changed to Tesla Inc as the scope of operations extended to multiple fields, most notably those related to energy generation. Today, the company has investments in different areas, such as motor vehicle production, auto service, financial services, solar panels, lifestyle products, and retail merchandise. It is a classic example of a diversification strategy in play. It has subsidiary companies that help run all these niches, such as SolarCity, Maxwell Technologies, DeepScale, and Hibar Systems.

Tesla Inc is Fortune 500 company, and it garnered $31.5 billion in sales in the 2020 fiscal year, a 28% increase over the previous year. Out of this, it reported a profit of $721 million, most of which was driven by regulatory credits. It remains the most valuable automaker globally, with a market cap of about $600 million, as reported in May 2020.

Tesla is big on innovation, as seen from its products. It is no stranger to hitting the global headlines by releasing cars and other products that threaten to redefine the norms we are used to. This culture, greatly fostered by the CEO, Elon Musk, continues to drive the company to come up with competitive and profitable products.

It is also prominent in developing renewable energy solutions, which is big in this age. The Tesla Model S and Cyber truck rocked the automotive industry and have changed this landscape, thanks to the innovative mindset of the people working there. It also leads the way in research and development, which keeps on increasing year on year. 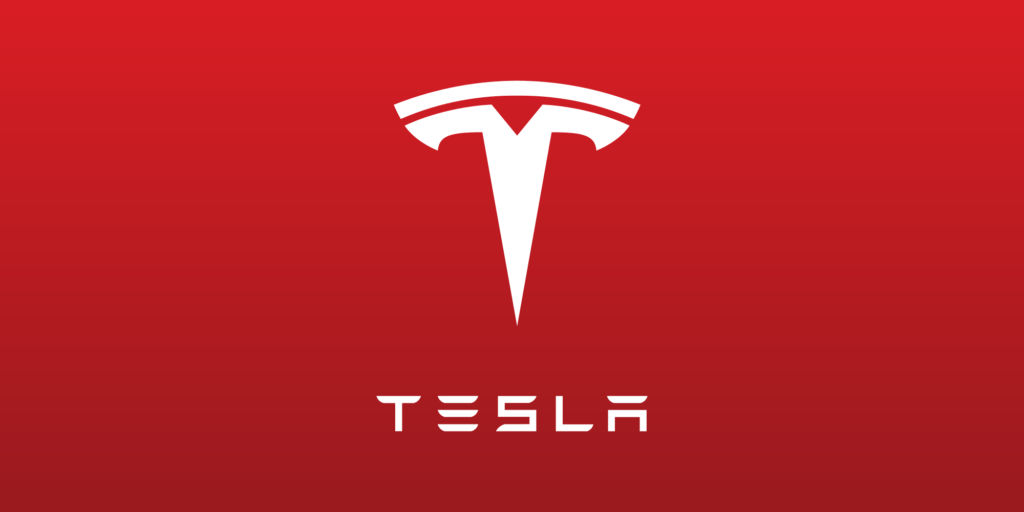 Tesla’s brand is strong due to the ways its processes are shaped to improve customer experience. In addition, it is also a pioneer in the electric car niche, which makes it the go-to brand for anyone interested in products within this space. While other companies have tried to manufacturer electric cars over the years, Tesla Inc is fully dedicated and went mainstream with this mission. This has been rewarded by a steady increase in sales of luxury vehicles, long-range electric vehicles, and related products.

Tesla is a good employer, according to reviews of previous workers and the initiatives the company is engaged in to improve employer NPS. To feed its highly innovative processes, Tesla hires the best talent but goes a long way to ensure that they have the right environment to thrive and give the best for the company and themselves. It is strong on diversity and continues to encourage all genders to apply to work at the company. Its Human Resources game sets it as an outlier in the tech space, but servers as a great place for employees to thrive and get a break from all the traditional and boring policies and rules.

Tesla controls most of the steps in its value chain. This makes it self-reliant and improves the robustness of its production processes since it is quite resistant to external forces to an extent.

The company manufactures most of the components used to make its cars, a reason why it offers technical support to customers itself as opposed to outsourcing third parties to do it. This diversification policy allows it to cut costs and maintain the high quality of its cars, things that set it apart from the competition.

Elon Musk is a phenomenal leader who stands for what Tesla is all about. His charisma, decisiveness, and courage to take on challenges that have been declared impossible ooze throughout Tesla and shapes the company as a whole.

He is often on the headlines, leading ambitious projects, for instance, SpaceX, his other company. This kind of desire to go over and above while establishing himself as a global business leader says a lot about how he leads the company. Outstanding leadership is a vital ingredient of any successful company, and Elon Musk is a strength that continues to shape Tesla.

Tesla is the top car brand globally, surpassing giants like Toyota and Mercedes-Benz. As of 2021, it leads to number two, Toyota, by almost doubling its brand value, indicating how far ahead it is. This is a meteoric rise to the top, looking at how its competitors like Toyota, Mercedes, BMW, and Honda have been mainstays in this niche, only for Tesla to overtake them this year.

This can be credited to the futuristic mission that Tesla commits to, as some car brands continue to manufacture legacy gasoline-powered cars. It continues to dominate despite its lagging in production volumes. It produced just shy of 500,000 vehicles in 2020, whereas Volkswagen made 11 million cars in 2019.

To cement its place as the leading car manufacturer, Tesla will have to boost its manufacturing capacity. It only has one plant in California, which limits the number of cars it can produce. Companies like Toyota have multiple manufacturing plants globally, which is essential to increase vehicles’ volume. The single plant delays the distribution of older models, and this remains a massive bottleneck in Tesla’s business model. 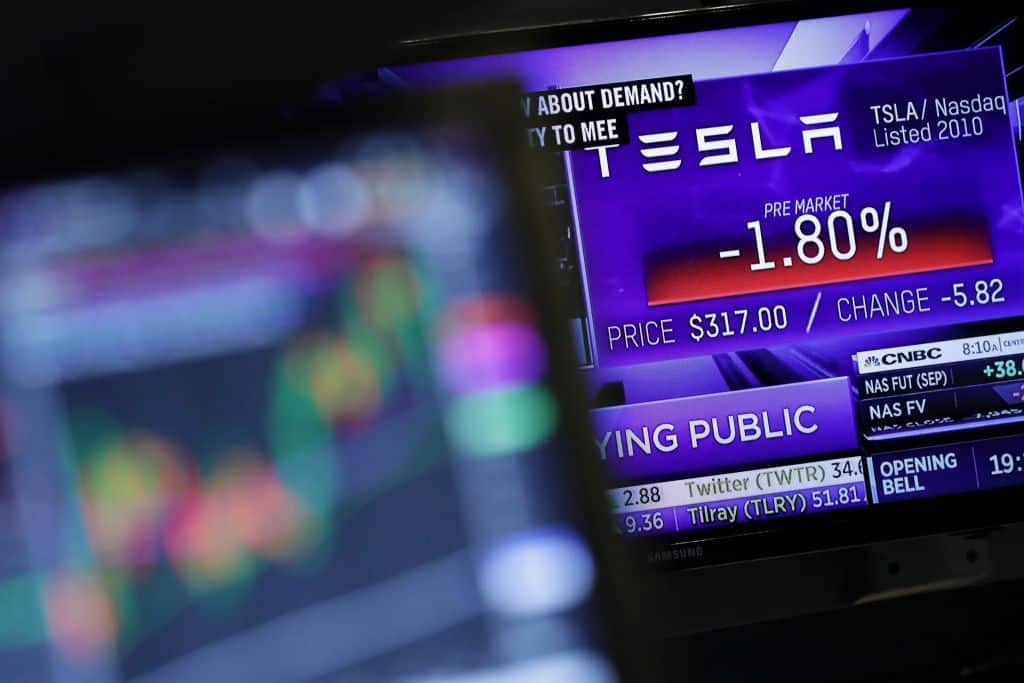 Tesla is dominant in the United States and needs to expand globally. It is respected globally as a top brand, but people in these other areas do not consume its products. Its core market is the US, as seen in 2018, where the US accounted for 70% of its total revenue. While this can be attributed to several factors, such as the limits on manufacturing, there is a need to expand globally and access markets other car giants have.

Tesla’s products are considered expensive for the average consumers, and thus the target market is wealthy individuals and households. This is a niche group that forms a significant minority of the global car market.

Many other companies offer luxury cars to this audience, and with competition being high, it can quickly be saturated, leaving Tesla at a standstill. While it has released Model 3, which is a bit cheaper, it still appeals to wealthy individuals. The company should consider fast-tracking the plan to diversify to target ordinary people, who form the majority and can set Tesla on its way to success.

The limited supply chain is a significant weakness that prevents Tesla from expanding its market share. It prides itself in delivering cars on its own, which is a good strategy but can be highly limiting. It is challenging to set up an in-house supply chain and expect to get global reach, as managing such would need a lot of resources. Tesla can consider reworking its supply chain to expand its reach and get to customers across the globe.

The globe is moving towards sustainable solutions, and Tesla is positioned as one of the industry leaders in this space. There is an opportunity to leverage these trends and make further inroads in the sustainable energy space. The foundation is already in place, and with the considerable demand, Tesla can find solutions that will elevate it to a whole new level. 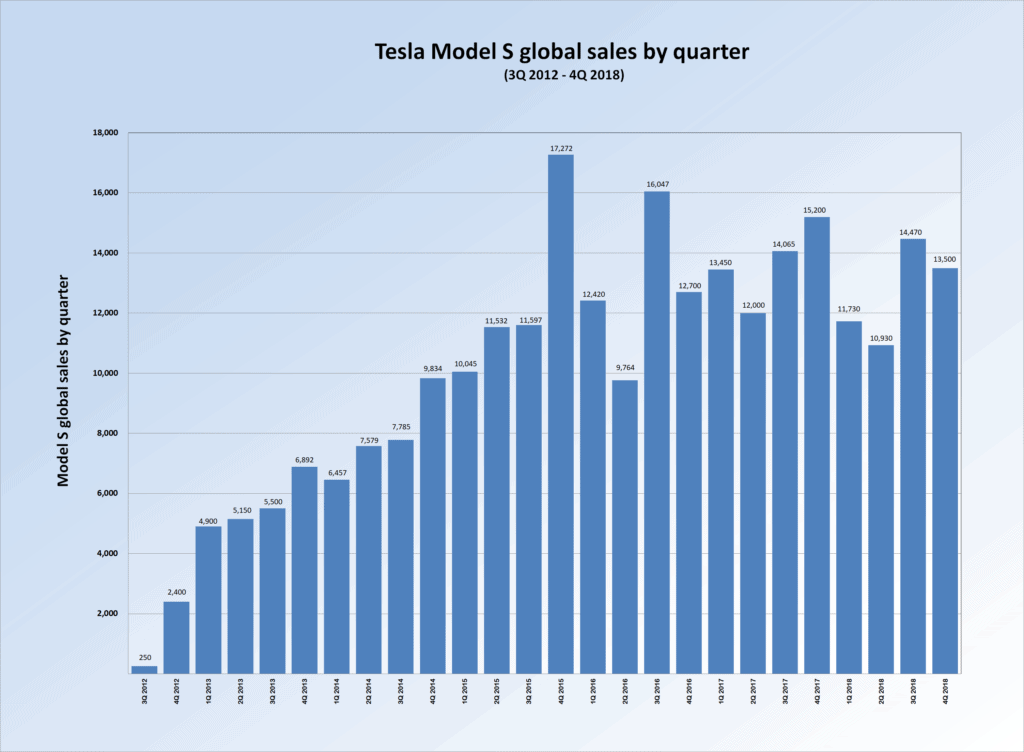 Tesla is the most valuable car brand, while its revenue is predominantly from the United States and China. If it expands in Europe, Asia, and African markets, it can quickly expand its sales and benefit from the economies of scale that other automotive giants continue to enjoy. To do this, it has to strengthen the core by expanding its manufacturing plants and supply chain.

Tesla is the leading force behind autonomous driving that is the future. While this concept continues to face numerous challenges, cementing its name as the leader can be a great opportunity. Change is always met with uncertainty, but Tesla can be a force to reckon with once people embrace autonomous driving.

Tesla’s meteoric rise to the top can be partly attributed to how it pioneered things in the electric vehicle and autonomous driving space. Other companies had tried these concepts, but only as side projects. Tesla took this as its main project and invested time and resources to make it work for consumers.

However, people are accepting fully electric vehicles, and all the other automotive companies are investing more in this space. In the coming years, we will see more electric cars from BMW, Mercedes, and Toyota, which can quickly eat into Tesla’s market share and give them a run for their money. Some of these companies, for instance, Toyota, can easily leverage its low-end market segment to produce electric cars and put Tesla in a contentious place.

In recent years, Tesla has been forced to recall some of its cars because of faulty parts. Some of these issues can result in huge liability lawsuits. The problem is that Tesla controls a significant percentage of their production process, and these liabilities cannot be spread out to other entities. As a result, cumulative liability can be a big problem for Tesla in the long run. It is no easy to keep on investing more in the production process if everything is done in-house. 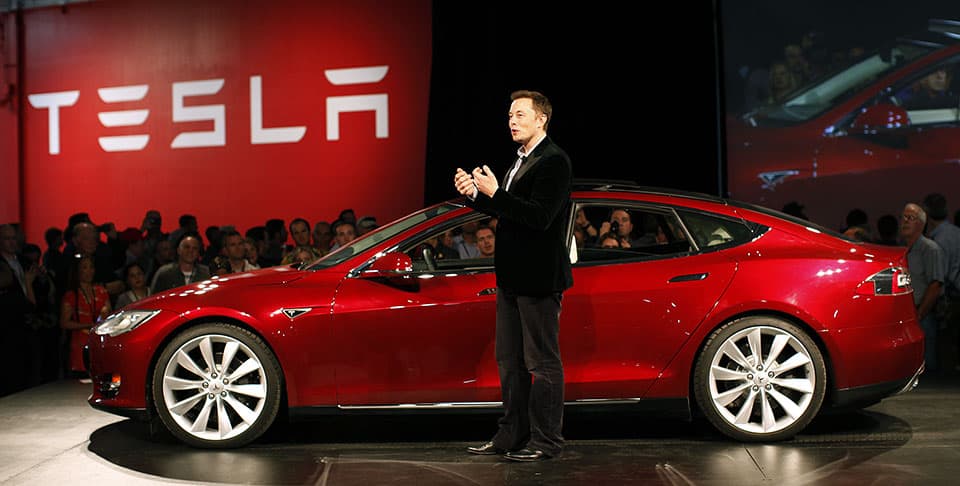 Tesla faces a significant hurdle to ensure long-term sustainability, primarily if it extends its supply chain and sells to customers worldwide. While this is the unavoidable path, it is full of challenges when compared to competitors.

Automotive giants like Mercedes Benz and Toyota have approved outlets, and people can get support and technical assistance from any corner of the globe. This makes it easy for them to cascade any support to these outlets if they venture into electric cars. Tesla faces challenges to set up these support centers, which are vital to long-term sustainability if they want to take on the global market.

Question: Is a Tesla Model S a good car?

Answer: The 2021 Tesla Model S ranks near the top of the luxury hybrid and electric cars. Its interior is spacious, has strong acceleration, composed handling, and a good driving range while still being fully electric.

Question: What are the disadvantages of a Tesla?

Answer: Tesla’s are luxury cars and cost more than average. They cost more to repair, take longer to access repair centers and have low towing capabilities.

Question: How much does it cost to insure a Tesla?

Answer: The annual average amount required to ensure a Tesla Model 3 is about $2,215, which is almost 40% more than the national average cost of car insurance. Tesla has insurance policies and claims customers can save between 20% and 30%, but they are limited to California only.

Tesla Inc. has several strengths that keep it on top of the car-making industry, but competition is not asleep and will catch up soon. Some of the players it competes with have been around for a long time and have made suitable investments to help them catch up. As seen from the SWOT analysis, the company has serious issues that should be addressed to help maintain competitive advantage and improve profitability. The lack of global presence is a huge concern that can hold the company back in the long run. However, Tesla has what it takes to remain on top of the automotive industry, despite the aggressive competition.