The airline industry is tricky, as seen from some of the challenges the major players in this niche face. However, the challenges rock across the industry, but the players still manage to remain afloat and facilitate travel across the globe. In this piece, we will break down a popular domestic carrier in the United States and present a SWOT analysis to see the positive and negative side of it.

Southwest Airlines is one of the leading airline companies in the US. In 2018, it recorded the highest number of enplaned passengers in the US. It operates across all the 40 states and 15 international destinations in 12 countries. In 2018 alone, the airline carried 163.6 million passengers.

Unlike its competitors, who follow a hub and spoke model for their operations, Southwest Airlines follows a point-to-point service model. This makes the company stand out not only in customer service but also in its price leadership.

The company was established in 1971 by Rollin King and Herb Kelleher. The current CEO of the airline is Gary Kelly, and its headquarters are in Dallas, Texas. In 2019, the company had employed 60,800 employees and had a net income of $2.3 billion.

The main focus of the company is its operational efficiency which aims to reduce costs. To maintain the operational costs and fuel prices, the company only uses the Boeing 737 aircraft. The airline company has nearly 750 units of this aircraft in its fleet. 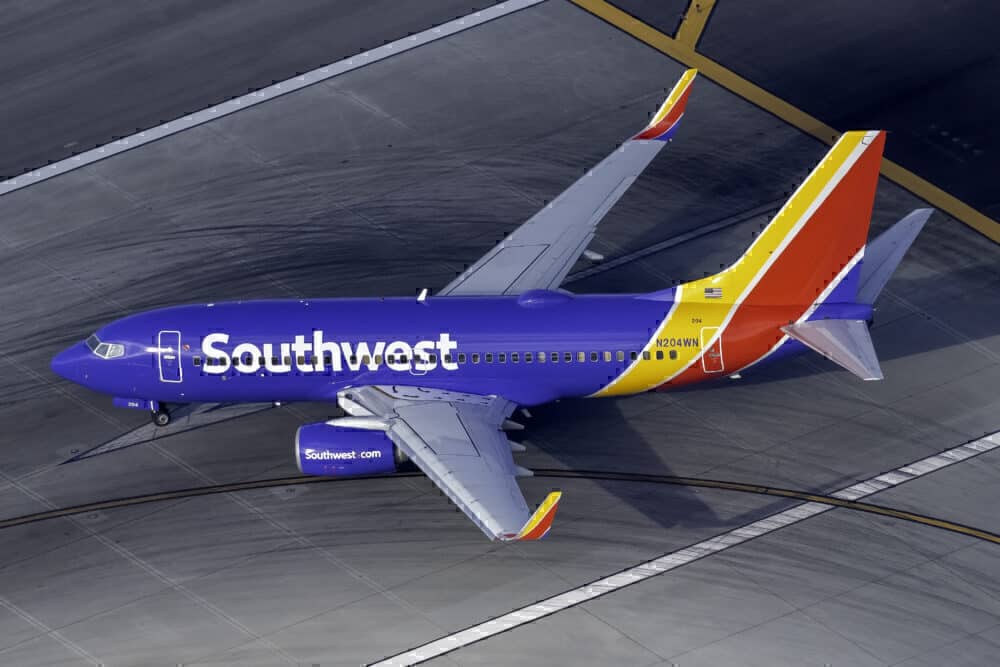 Southwest Airlines has been exclusively using Boeing 737s for all its flight operations since its inception. It currently has around 750 Boeing 737s. Using a single type of aircraft for flights is cheap and effective. It makes it easy to train the staff, ground crew, and pilots since their focus is on this model, and they can quickly learn how to operate and maintain them. This unified approach makes them experts on the Boeing 737, which drives efficiency in the long run.

One essential aspect of running a business is generating enough profits to sustain it and drive growth. They are a good foundation for companies that seek to build a considerable capital base for expansion. Southwest Airlines has recorded profits for 47 consecutive years up to 2019. Keeping in mind that airlines are a cutthroat industry, gaining profits for such a long period is recognizable.

In airlines, capacity is measured in terms of Available Seat Miles (ASMs). A successful airline should have a higher ASM. If the ASM is high, it means there are more seats for longer miles. The ASM of Southwest has grown from 120.58 billion in 2011 to 157.25 billion in 2019. The growth has made the company to be one of the few airlines with high capacity.

A large number of loyal customers Southwest Airlines has can be attributed to its low-cost flights. The airline has a low fare calendar. Passengers can book flight tickets for as low as $45 on the calendar for a one-way flight. Southwest has held the title of offering cheap flight costs for a while.

The more an airline flies, the more revenue is generated. Southwest Airlines operates over 4000 flights in a day during the peak season. Such a high number of flights makes Southwest a force to reckon in the airline industry.

Airlines are influenced by intense lobbying, and the dominant ones benefit a lot. By being a dominant player in the market share, an airline can leverage its resources, superiority, and connections to lobby the successful adoption of laws that favor its agenda.

Southwest airlines have a US domestic market share of 16.8%, making it rank third. The first and second are the American and Delta airlines with 17.6% and 17.5%, respectively.

Southwest Airlines has attracted more customers than its rivals by reducing costs. But it has to focus on improving fuel efficiency and other areas where it can reduce costs. In 2020, the operating expenses of the company grew compared to 2019. This airline can improve its profit margin by cutting costs and getting enough resources needed to diversify or improve operations. 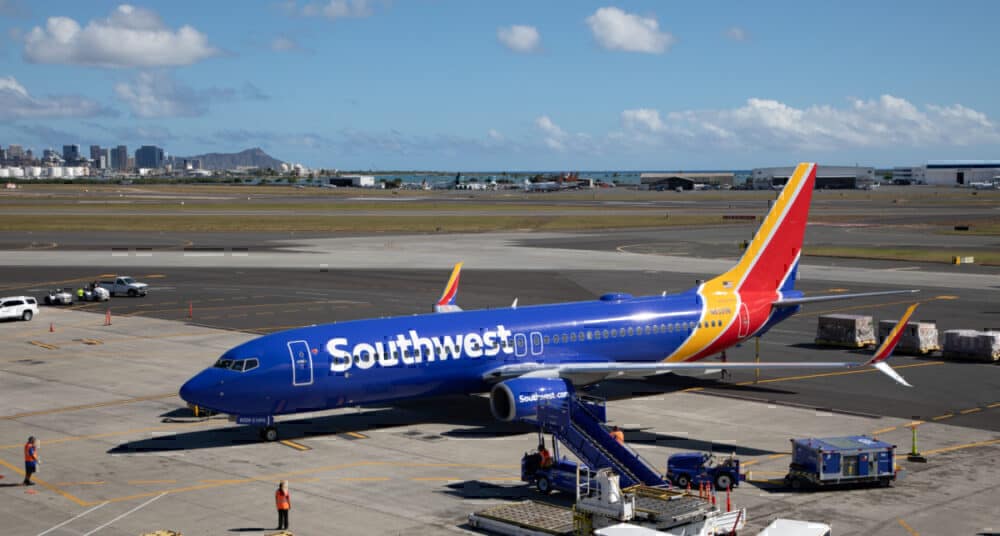 Southwest airlines have been using Boeing 737s since its inception. In March 2019, the Federal Aviation Administration issued an emergency to ground all Boeing Max aircraft after two fatal accidents. Out of its 750 Boeing planes, Southwest has 31.

This led to fewer operating planes and, in return, lost revenue. This highlights how wrong it is to depend on only one aircraft model.

As we talk of reliance on one craft model, it is also notable that this policy limits passenger amenities to what is available in Boeing 737 alone. Competing airline companies operate aircrafts with better passenger amenities and a larger carrying capacity.

For example, Southwest Airlines does not offer premium seating facilities during flights like business class or first class.

Boeing is the leading company supplying Southwest Airlines with spare parts. With such arrangements, there is always an impending risk of supply chain bottlenecks. It is essential to diversify the supply chain so that any issue affecting Boeing cannot be cascaded to Southwest Airlines. The long delays in restoring the fleet of Boeing Max highlight the problem of Southwest’s total reliance on Boeing.

Southwest Airlines should develop new products for its customers. In recent years, the company densified its aircraft by decreasing the seat pitch. Besides the densification and offering onboard WiFi, the company could be missing out on a chance to leverage its strong brand to come up with new revenue opportunities. This is important to diversify its offering and keep customers happy, which will eventually boost revenues. 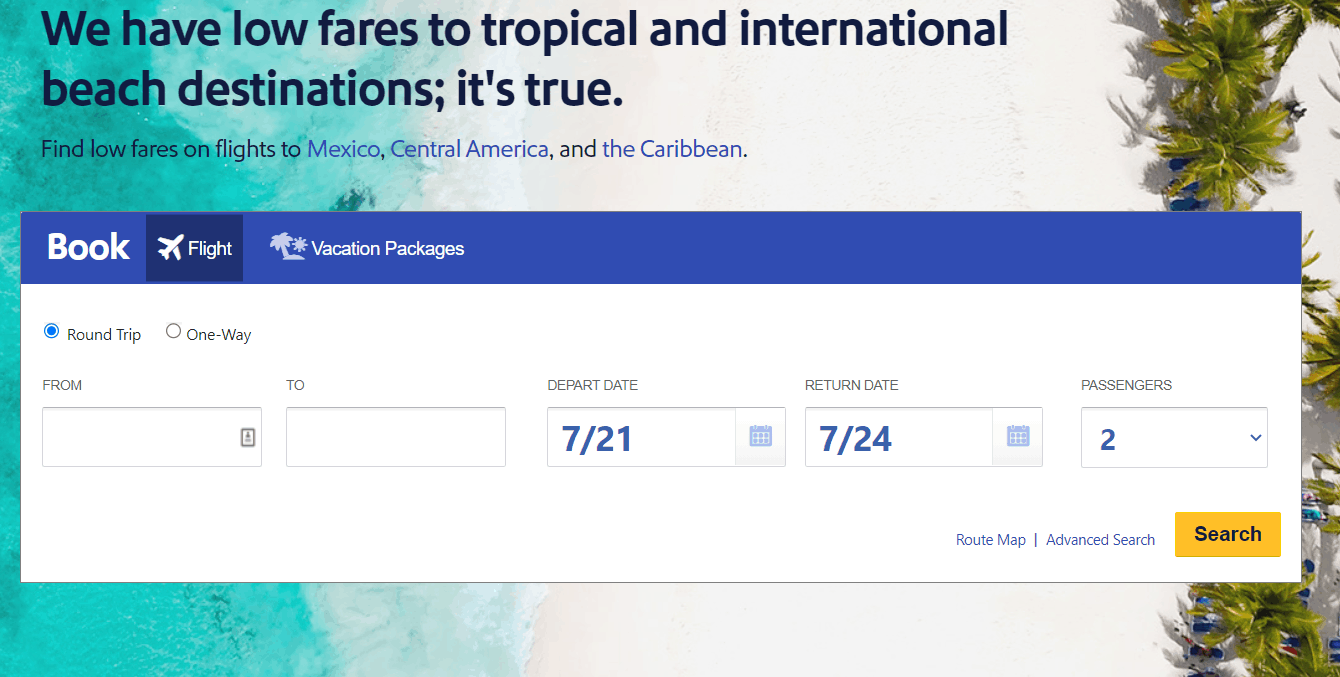 Southwest Airlines is a domestic operator in 40 states in the US. It only offers its services to a limited number of international destinations like Caicos, Turks, Cayman Islands, Cuba, Belize, Costa Rica, Dominican Republic, Aruba, and the Bahamas. When compared to Delta Airlines, its competitor, these are just a drop in the ocean.

Measuring them up against the competition, Southwest Airlines does not come close in matters international and has to expand its destination network across multiple countries to increase the chances of catching up with them. 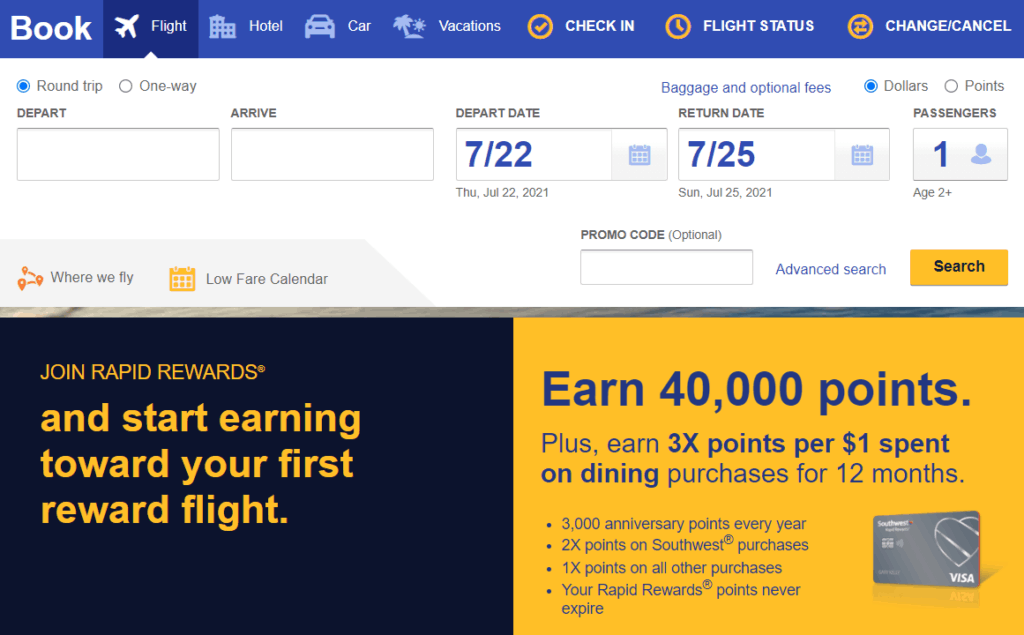 The global tourism industry should grow at a CAGR of 4% over the next five years. The growth rate is higher in the US and remains at 5%. This high growth trend in the global tourism industry enhances the business of the company. Southwest Airlines can position itself as the desired carrier for tourists and use this to increase the number of people traveling with them.

A while back, Southwest Airlines expanded its local flights to Hawaii. The improved financial situation and globalization should prompt the airline to expand further since air travel increases in emerging economies. South America has an unsaturated market, which is a great stepping stone for the global expansion of Southwest Airlines.

Millennials are taking up job opportunities, and most of them live further from home than preceding generations. This leads to a demand for lengthier flights. To exploit its growing demand, Southwest Airlines can expand from short hauls to long flights.

Ultra-Low-Cost airline routes are gaining popularity day by day. Ultra-Low-Cost Carriers unbundle the fare. They break down the full fare into components. Passengers can choose to eliminate any of the components. Anything beyond the base fare is optional.

The airline industry has to satisfy many economic and operational regulatory bodies like the DOT and FAA. Also, the company has to comply with many health, operational, and safety regulations. The emergence of online e-commerce means that the company has to address data privacy and informational technology regulations. All these regulations can put this airline at a hard place trying to satisfy them, limiting growth. 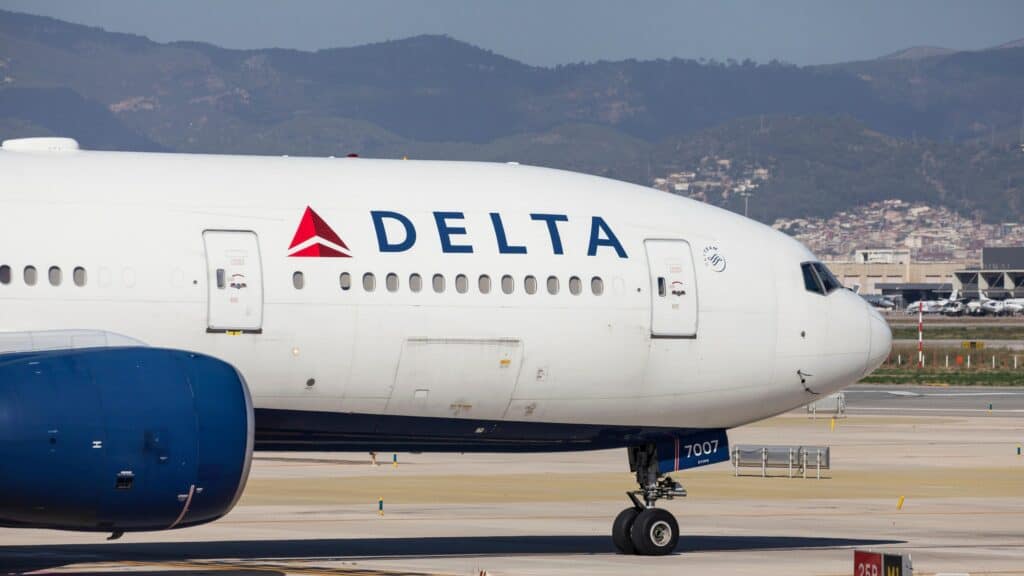 The US Government revealed that Southwest Airlines had been flying jets without confirming the maintenance records for more than two years. This exposed more than 17 million passengers to safety risks. Such bad publicity can keep customers from traveling with this airline as they opt for the competition.

Question: Can I change my flight with Southwest Airlines?

Answer: Yes. If you are affected by any involuntary change, you can change your flight time by up to 14 days from the original day of travel at no extra cost. Sometimes, Southwest Airlines can change their flights’ schedule, and if your flight is affected, they will email or call you with a new itinerary. If the new trip does not work for you, you can cancel or change it.

Question: What are the cancellation policies at Southwest Airlines?

Answer: Southwest has two cancellation policies. You can decide if you want to hold the value of the ticket where it will be converted to a travel fund which you can use to buy a future flight. Alternatively, you can choose to receive a method of payment refund.

Question: What size should my carry-on be?

Answer: A carry-on bag should be 10 x 16 x 24 inches. If your bag is bigger than these dimensions, you should check it at the ticket counter. If it is larger than the dimensions, you will have to pick it at the baggage claim. Carry-on items are limited to one small bag, a big one, and a personal item. The personal items have to fit in the space under the seat, which is 18.5 x 8.5 x 13.5 inches.

Question: What are travel funds?

Answer: Travel funds are a credit form of cancelled flights that can be used to buy future flights. The funds are tied to the six-digit confirmation number on the cancelled flight. The travel fund expires on the date the original ticket will expire.

Southwest Airlines is the leading domestic carrier in the US market. For faster growth, the company should invest in international expansion. It will also benefit significantly from forming joint ventures with other successful airlines. Southwest Airlines has major opportunities that will help it gain more profitable growth.