As remote work begins to become a bigger part of our lives, effective communication is no longer something that’s nice to have. Instead, it’s a must-have for many companies that have employees who work offsite. The ability to contact workers and address specific items is a requirement in today’s global office environment.

Fortunately, there are many applications and programs that fill this need. One such option is Discord, which is a well-known chat app. Originally designed for gamers, there are now many companies that employ the services and features Discord offers. It’s especially popular among crypto groups.

Discord is appealing to its 100 million users because it doesn’t have ads in the app and doesn’t have a subscription fee. This begs the question, how does Discord make money? However, before we dig into the Discord business model, let’s take a moment to learn a little more about what Discord is.

Discord was founded by Jason Citron, who is known for founding popular social gaming platforms like OpenFeint. This platform became so successful that he sold it for more than $100 million in 2011.

While Discord is very popular among gamers and cryptocurrency enthusiasts, it’s an application primarily used for chatting. There are plenty of features available with the Discord app, including the following:

As you can see, there are plenty of features available through the Discord chat app. It feels less like a gaming app and more as a professional tool businesses employ for daily communication. Even though it’s a little confusing when using Discord for the first time, it offers plenty of features and functionality that will make remote communication and collaboration much easier.

How Does Discord Make Money?

Now we get to the $6 million questions. How, exactly, does Discord make money? According to Discord’s help page, the company has several ways through which it creates capital for its business. However, it is nice to see that Discord doesn’t like the idea of cramming ads all over the app. The site says they’re always looking for innovative and non-intrusive ways to create revenue.

Some of the ideas include creating and selling sticker packs, sound packs, and skins for the Discord app. Additionally, the company has released its Discord Nitro offering. Discord Nitro is a subscription option that provides additional perks for its users. It’s a way to show support for Discord while getting a few benefits for yourself or your business.

With all that said, let’s explore some of the ways Discord makes money. 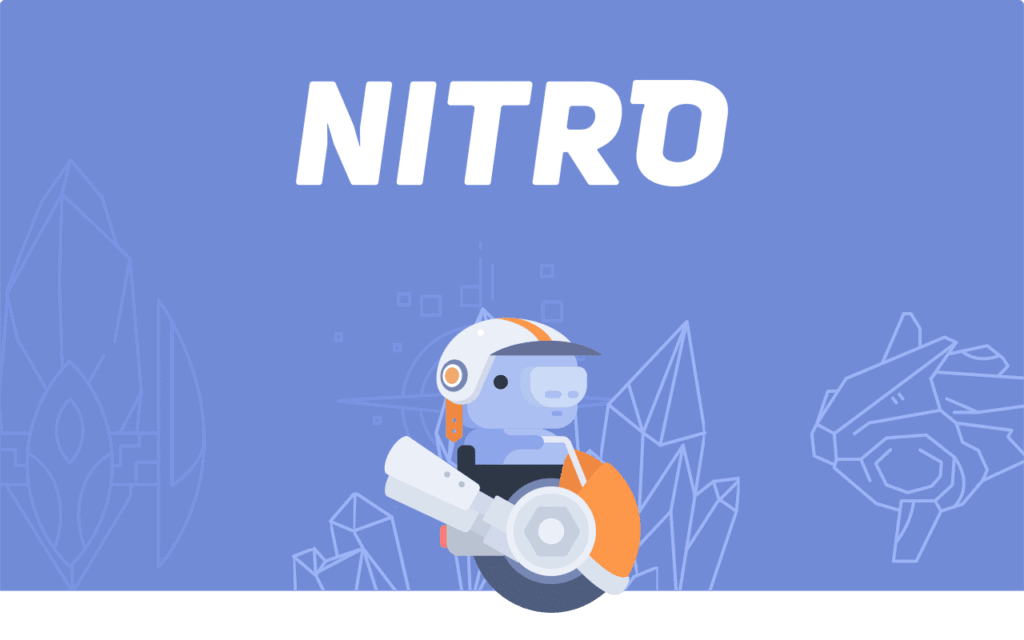 This paid subscription will run $9.99/month per user and is a completely voluntary upgrade for Discord users. If you don’t subscribe, you’ll still have access to all the features you’re used to getting. However, there are a few additional features you’ll get if you sign up for Discord Nitro.

With more than 100 million users, if only a small percentage chooses to sign up for Discord Nitro, the company can make quite a bit of money every year. However, the actual number of users who have Discord Nitro isn’t known, so it’s hard to gauge how much Discord makes from this option. 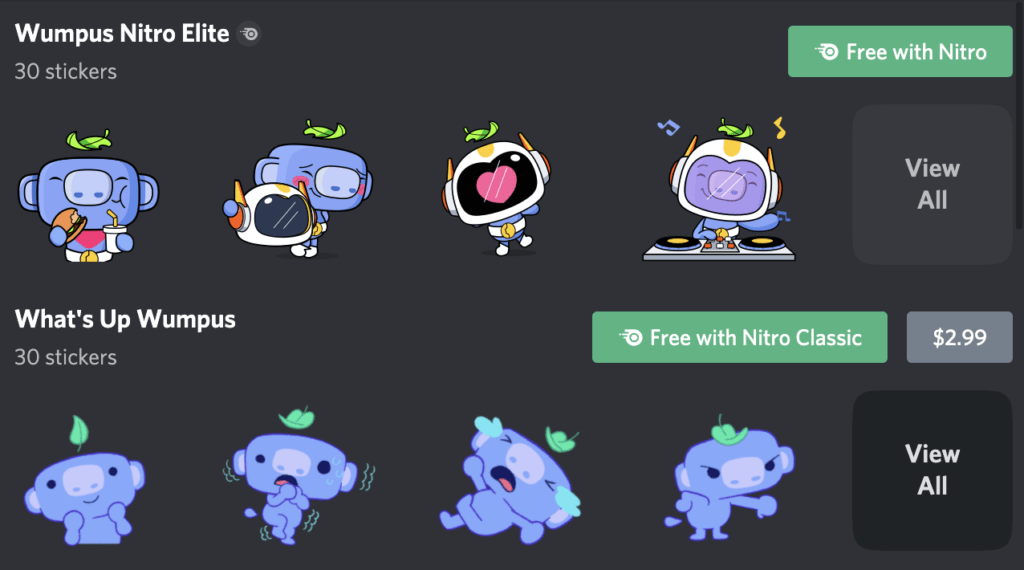 These types of cosmetic upgrades refer to sound packs, skins, or sticker packs. These are primarily vanity packages that offer an improved experience for Discord users. Stickers are popular for those who use the app for gaming, so don’t be surprised if you see others using them.

If you’re not familiar with skins, these are ways to improve the actual look of the Discord app as it appears on your desktop or smartphone screen. Think of it as you would with changing the background of your device. Sound packages are additional sounds in Discord that will let you use or create customized sounds on the application.

These are considered cosmetic packages since they don’t impact the way you use the application when you use them. It makes using Discord a little more fun, though. It will be interesting to see if this concept takes off. It would only make sense that if people don’t mind spending a few dollars on their favorite streaming platforms that they might be willing to do the same to support their favorite chat application. 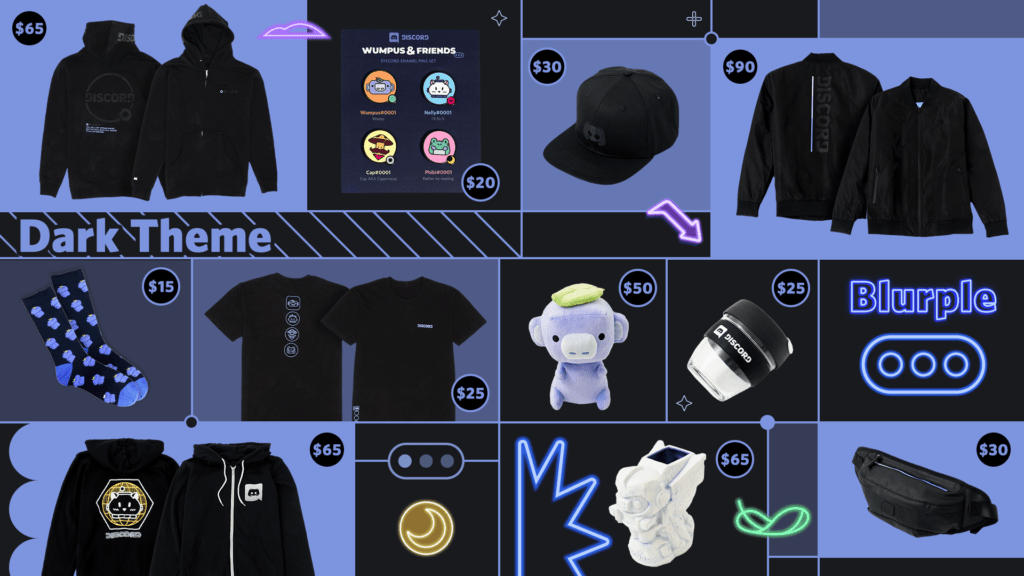 Discord has its very own store for merchandise. This is an online shop where users can purchase hats, socks, t-shirts, and many other items. It’s not known exactly how much people spend on Discord merchandise, so it’s tough to estimate the earnings associated with the shop.

Even though it’s unknown how much money Discord makes from merchandise and cosmetic packages, the introduction of their Discord Nitro subscription plan will only aid in the ways in which they make money. Plus, it doesn’t hurt that Discord says that it won’t start charging for basic services in the future.

If you don’t like Discord or don’t think it will work for your needs, there are plenty of other options on the market. Here are some alternatives to Discord that you might consider: 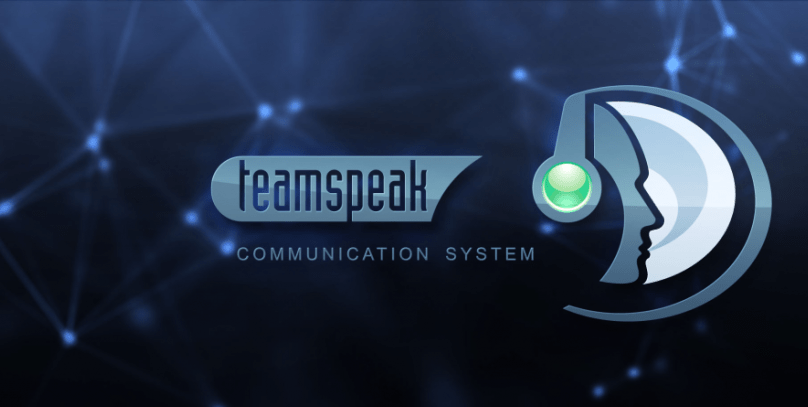 The number one choice for Voice over IP communication in gaming is TeamSpeak. You’ll experience crystal clear voice quality with this amazing Discord alternative. There’s no lag when speaking to other members of your team and users receive military-grade security, so you know your information is protected. You can expect to get the following features with TeamSpeak: 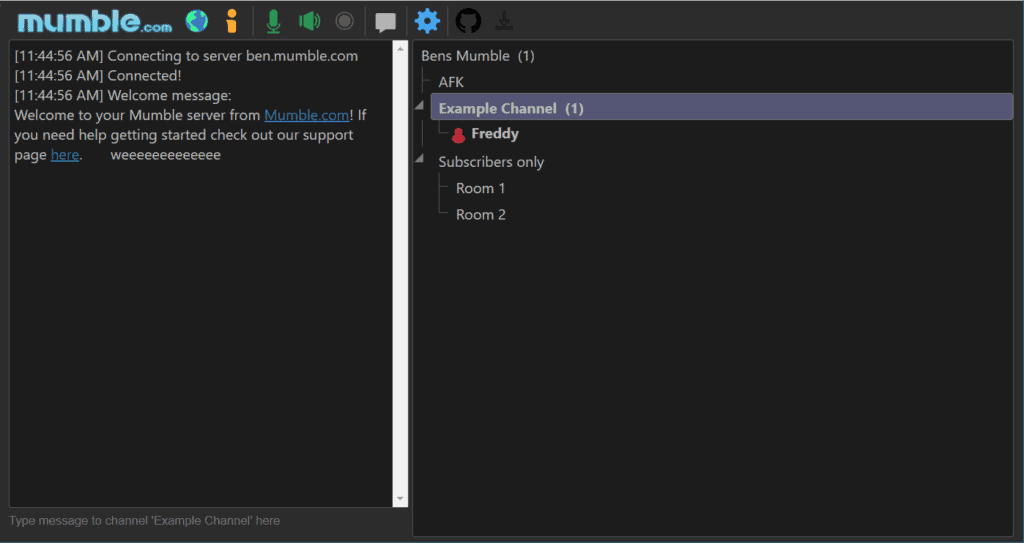 The next Discord alternative on our list is Mumble. This open-source application offers users low latency, high-quality voice chat capabilities which are perfect for gaming purposes. Mumble is different than Discord in that it doesn’t offer browser support, something which Discord is well-known for providing.

Features available with Mumble include: 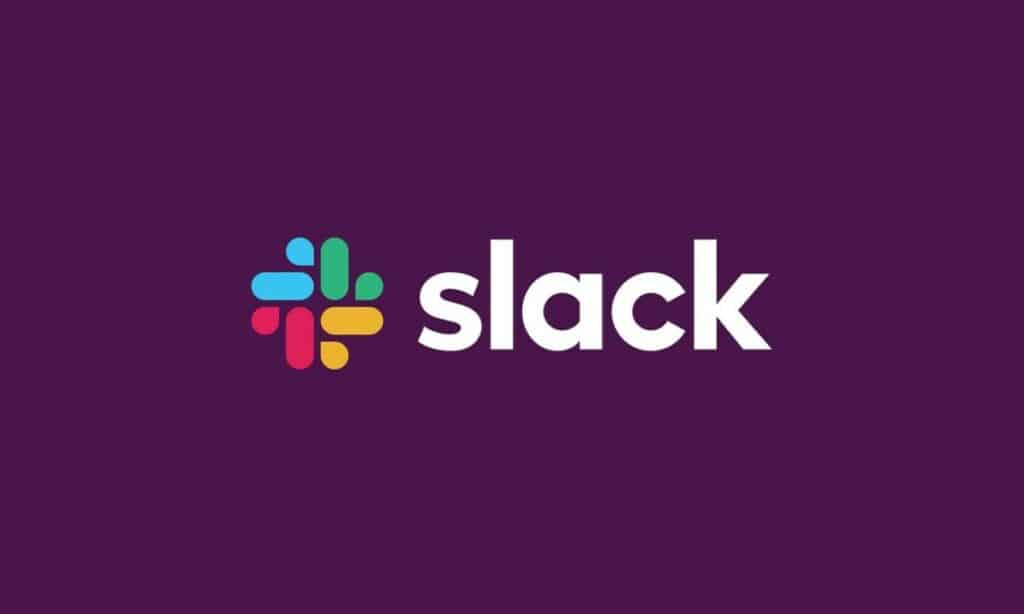 One of the most well-known team chat software applications on the market is Slack. It is better at integrating features than Discord and works seamlessly with popular third-party tools like MailChimp, Google Drive, Trello, and GitHub. Slack makes collaborating with other faster and easier. Plus, you can create centralized channels and event feeds to keep everyone in the loop.

When using Slack, you’ll have access to the following features: 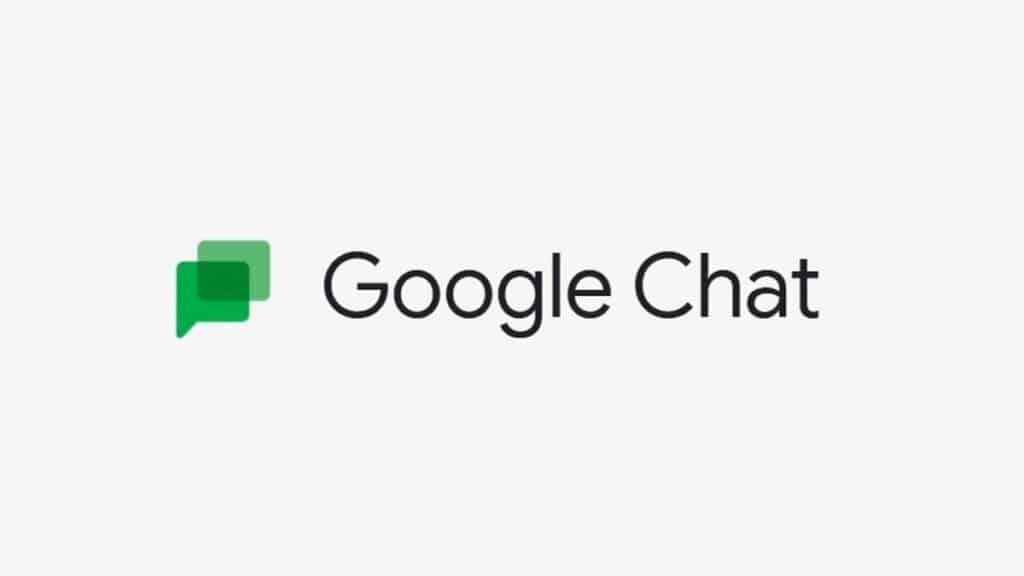 Google Chat is a product that lets you message either an individual or a large group of users. This app replaces Google Hangouts and allows users to share files via Google Drive, collaborate in a separate channel, and direct message other users. Google Chat works in web browsers, with Gmail, and is available on iOS and Android devices.

Some features available with Google Chat include: 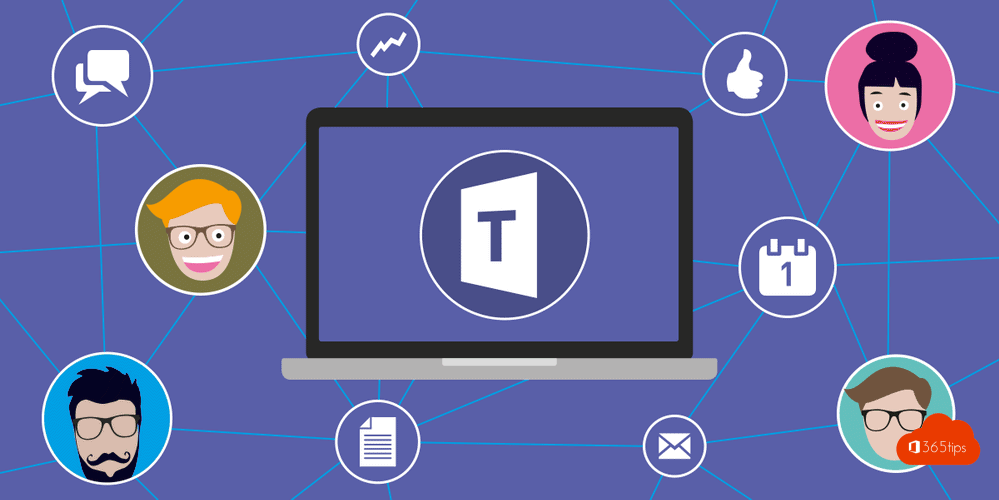 Next up on our list of Discord alternatives is Microsoft Teams. If you’re running a business or managing a team, Microsoft Teams is a great way to bring the entire group together in a shared work environment. With Microsoft Teams, users can chat, share files, video conference, and work with other third-party business applications.

The top features available with Microsoft Teams are: 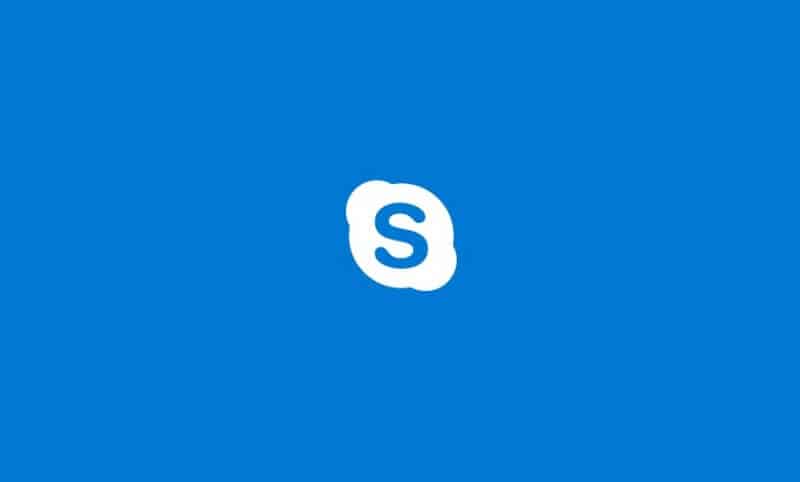 If you want a simple alternative to Discord, check out Skype. It’s a straightforward audio and video chat application that doesn’t have all the advanced gaming features that Discord offers. It does offer built-in screen sharing functionality, so others can see what you’re seeing. Skype is available as a desktop or mobile app, so you can use it on your PC or take it with you when you travel.

Features available with Skype include:

Question: What is Discord’s worth?

Answer: Discord is one of the biggest chat platforms in the world for gamers. The software boasts well over 100 million users and experts value the company at roughly $2.5 billion.

Question: Do Discord servers have a member limitation?

Answer: A single Discord server can support nearly half a million users. However, if a server exceeds 25,000, the owner of the server will need to contact Discord and request more server space. This is to accommodate the number of users and prevent connection errors from occurring. The maximum number of channels allowed per server is 500 and the maximum categories is 50.

Question: Is it risky to use Discord?

Answer: Even though there have been some minor issues reported with how Discord collects user data, the site is safe overall. There are a few areas of improvement with any platform and Discord is no exception.

Question: What is Discord’s worth?

Answer: Discord is one of the biggest chat platforms in the world for gamers. The software boasts well over 100 million users and experts value the company at roughly $2.5 billion.

Question: Do Discord servers have a member limitation?

Answer: A single Discord server can support nearly half a million users. However, if a server exceeds 25,000, the owner of the server will need to contact Discord and request more server space. This is to accommodate the number of users and prevent connection errors from occurring. The maximum number of channels allowed per server is 500 and the maximum categories is 50.

Question: Is it risky to use Discord?

Answer: Even though there have been some minor issues reported with how Discord collects user data, the site is safe overall. There are a few areas of improvement with any platform and Discord is no exception.

No Shortage of Money

As you can see, Discord has plenty of opportunities for making money. It’s not just a free chat platform for gamers. Discord offers its Nitro subscription upgrade that gives users customization features and additional bandwidth and has a merchandise store where people can purchase apparel to brag about their Discord support.

Overall, the company is doing very well, which is evident when large corporations like Microsoft come calling. While no official deal has been struck, there are rumors that the two are in talks about a very large buyout. For now, Discord continues to do its thing by providing chat and audio features to gamers. You won’t find anyone who disagrees that Discord does it very well.

Justin Caldwell
Justin has an MBA from Baker University and has started several small businesses. From marketing to organization, he knows what it takes to run a business. Even when a business was not successful, Justin learned from his mistakes and is now ready to share his advice and experience with his readers.