Spotify is a digital music streaming company and a media service provider that allows users to listen to music online or create playlists. The company was founded in 2006 by Daniel Ek and Martin Lorentzon and currently has its headquarters in Stockholm, Sweden. Spotify has a huge user base of 365 million monthly active users, of which 161 million are premium subscribers.

It has offices in 16 countries across the world with about 6554 employees. The company has a solid presence in European countries like Sweden, Germany, and the UK. In addition to Europe, it’s also present in North and South America, Asia Pacific, and recently Africa.

In the second quarter of 2021, Spotify recorded revenues amounting to 2,331 million Euros with a gross margin of 28.4% Y/Y. Its gross margin is expected to increase going forward mainly due to efficient operating leverage as the company has been experiencing over the past few years. 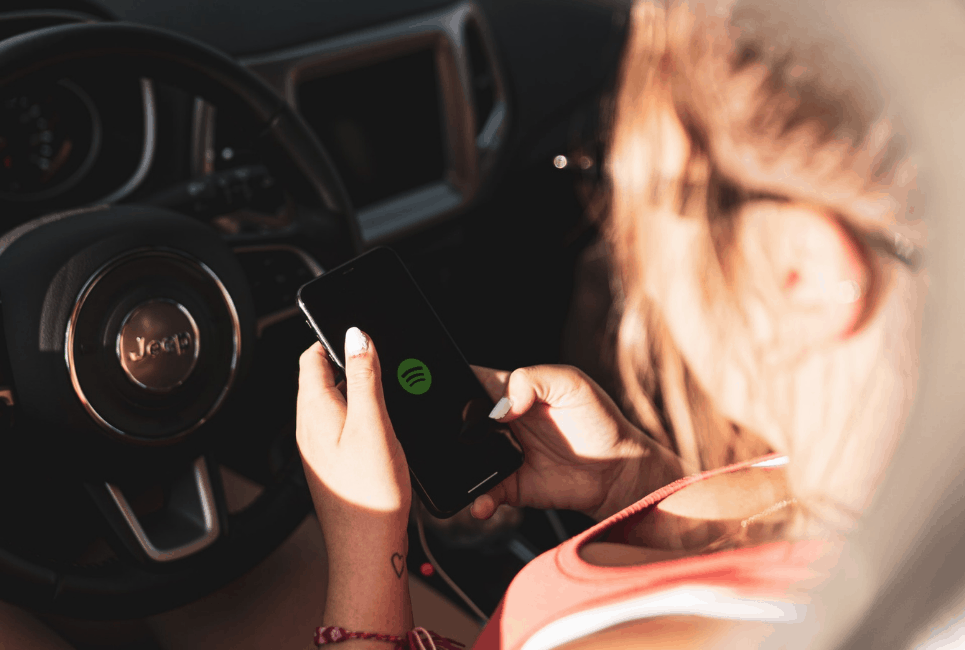 The company’s success can be attributed to its “freemium” business model, which entices the users to upgrade from free to premium users by offering certain benefits such as offline playlists, enhanced sound quality (320 kbps bitrate), and no ads.

Spotify’s primary revenue sources include Subscription and Advertising. The company also records a significant portion of its revenues from other services it provides, such as Artist Services, Content Services, Licensing, and Merchandise & Fan Supply.

Spotify’s market development and penetration strategies include focusing on its key markets. It focuses on improving its brand image through social media marketing (Spotify has over 22 million likes on Facebook), exclusive deals with major artists, and building on its solid user base. The company also identifies promising high-growth emerging markets to gain a foothold in, such as Brazil, India, and Africa.

It also incorporates a network effects business model alongside a network orchestrator business model. Its large user base uses the network effect to attract new users and provide value for existing ones. Spotify’s technological prowess is a key contributor in this aspect, as it allows the company to innovate and improve its service constantly.

The company is also active in acquisitions and mergers to expand its presence and user base, including Tunigo, The Echo Nest, and Soundwave acquisitions. This expansion strategy has helped the company increase its number of users tremendously in many emerging markets. 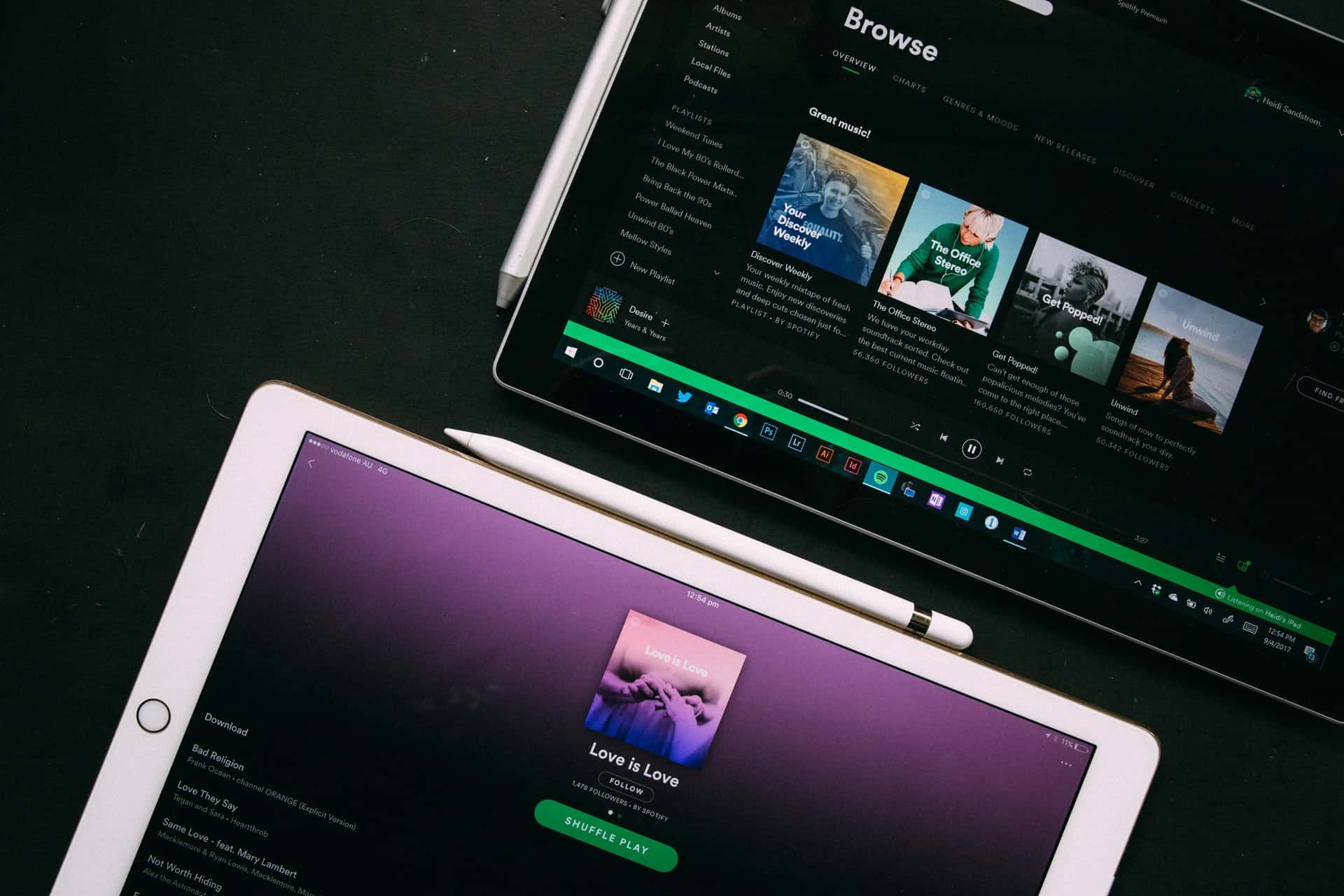 Spotify faces competition from Apple Music, Amazon Music, YouTube Music, Sound Cloud, and Deezer. All these streaming services are rapidly increasing their global market share. Spotify has the edge over some of its rivals because of its immense popularity, resulting from its focus on user experience and low pricing.

Apple Music is a music streaming service launched in 2015, selling membership for monthly and annual fees. It has a library consisting of over 75 million songs, available across more than 100 countries (as of 2021).

Apple has been aggressively marketing its streaming services to attract new users. It’s a strong contender not just because of its extensive music library but also due to the wide range of products. In 2019, Apple Music controlled 19 percent of the online music streaming market, with Spotify taking 35 percent. In 2020, Apple Music recorded $4.1 billion in revenue, which accounted for 7.2 percent of Apple’s services entire revenue stream.

Its main competitive advantage is its comprehensive product portfolio, featuring several devices to support the Apple Music service. However, Spotify still has the upper hand because it remains dedicated to its core platform and is not diversified beyond music. While Apple is trying to promote brands synergistically to stimulate user growth, Spotify will focus on its core advantage of being the most significant player in the digital music space.

Amazon Music is a music streaming service that allows users to listen to songs on demand for a monthly fee. It is one of the three major music streaming players (the other two being Spotify and Apple Music). The streaming service is owned by Amazon and launched its services in the year 2007. It’s currently available on all major platforms, including Android and iOS devices and desktop web browsers. Amazon Music has a catalog of over 75 million songs, which puts it in direct competition with Apple Music and Spotify.

Although Amazon is an established retail store, the music streaming service faces tough competition from Apple Music and Spotify, mainly because of its weak reputation in the digital music space. It is yet to see significant growth outside the Amazon ecosystem, which will prove detrimental when attracting new customers.

In 2019, Amazon Music controlled 15 percent of the online music streaming market, with Apple Music holding 19 percent and Spotify taking 35 percent. In 2020, its subscriber base grew to 55 million users. It also has one more advantage over Spotify – it owns the e-commerce space and is one of the prime reasons for its growth.

YouTube Music is a music streaming service launched by YouTube in 2015. It allows users to listen to any song, album, or playlist for free (with ads). Free users can also create their playlists and have the ability to download the chosen songs on mobile devices. Paid subscribers of YouTube Red can access audio-only mode to listen to a song without being distracted by the video.

Unlike Apple and Spotify, the content on YouTube Music is curated by humans instead of an AI system. Since YouTube owns it, it’s more of a spin-off from its parent company. The service has an extensive library of music (over 50 million songs available as of 2020) and a strong brand name.

However, it is yet to make significant progress in the digital space, with its subscription base hovering around 30 million subscribers as of 2020. As of 2019, the music streaming service provider controlled 9 percent of the online music streaming market, with Spotify taking 35 percent. 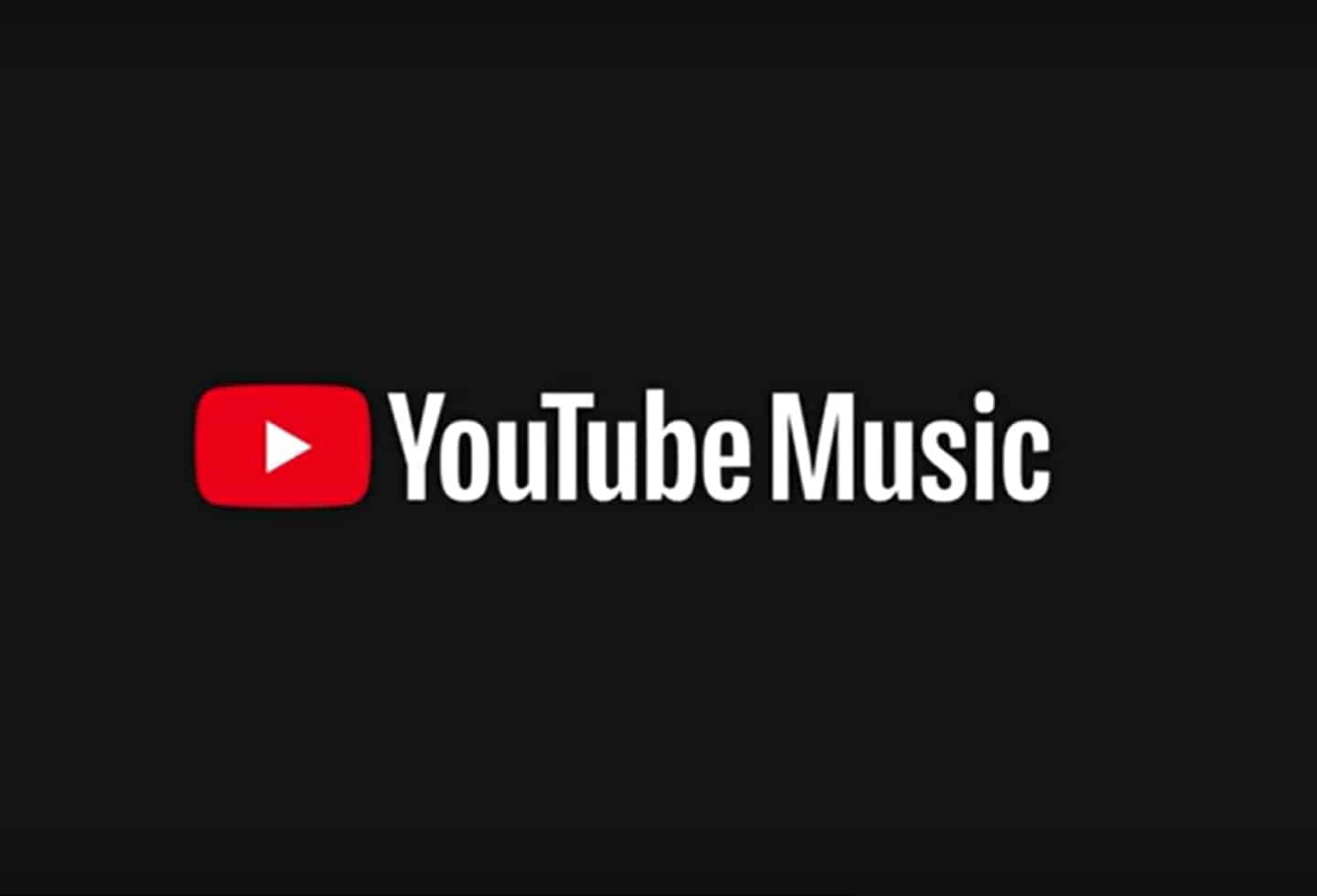 Tencent Music music is a Chinese company that develops and markets music streaming services available on Android, iOS, and Windows phones. The company’s most popular services are QQ Music and KuGou (Spotify-like music streaming app). Tencent also owns Kugou, Kuwo, and WeSing, all with a collective user base of about 615 million subscribers, 120 million paying subscribers.

Music is just one of the many services offered by Tencent, a Chinese conglomerate headquartered in Shenzhen. The company also owns mobile messaging apps like QQ and WeChat, online games such as League of Legends and Clash Royale, a mobile payment service named WeChat Pay, etc.

Across all its platforms, Tencent controls approximately 60 percent of the digital music streams market in China and 11 percent of the digital music market outside China. As a conglomerate, Tencent expands its footprint to almost every industry vertical it enters. It also has a higher valuation than Spotify, which gives it more financial capabilities to acquire other companies in the sector.

Pandora is a music streaming service that allows users to create their personalized radio stations by selecting their favorite songs or artists. The free version allows users to choose from a list, while the paid version gives them unlimited skipping and an ad-free experience.

Pandora is one of the biggest names in digital music streaming services with an enormous user base. As of 2019, the service had 55.6 million active users (Musically) and a revenue of $516 million in the second quarter of 2021. However, despite its popularity, it competes with giants like Spotify and Apple Music for market share and has not significantly impacted outside the US.

Its primary source of income comes from advertising, with $1.2 billion dollars from ad revenue in the 2020 fiscal year. While it has many active users and is available worldwide, Pandora’s biggest challenge will be to increase its advertising revenues and improve user experience.

Spotify’s competitive advantage over Pandora is the extensive content library to grow and gain market share. In addition, the company’s most significant advantage is its aggressive approach towards expanding its user base through pricing discounts and by tying local music stores with a free subscription to their streaming services.

How Spotify Stands Out Against Its Competitors

Spotify faces competition from the largest companies globally, including Apple, Tencent Music, Google, Amazon, etc. The company’s biggest challenge is maintaining its lead in an increasingly competitive market where customers are spoilt for choice and switching costs associated with a service like Spotify is minimal.

Spotify has expanded its reach into almost every country worldwide, except for a few Asian countries, including China. Its music streaming service operates in over 60 countries across America, Europe, Asia, and Oceania. One of the main reasons for its success is that Spotify has tied up with major music labels and producers worldwide to offer their libraries and services exclusively to its platform.

Its marketing strategy focuses on popular trends with a particular incline to social media campaigns to capture younger consumers. It also offers different pricing plans based on family and group subscription services, allowing it to reach a broader demographic base without losing its competitive advantage targeting the younger generation.

One of its greatest competitive advantages is its broad user base and ability to leverage data from its users. Through its app, the company tracks music preferences in genres and timings. It then uses this information to target potential consumers and changes their listening experience accordingly. 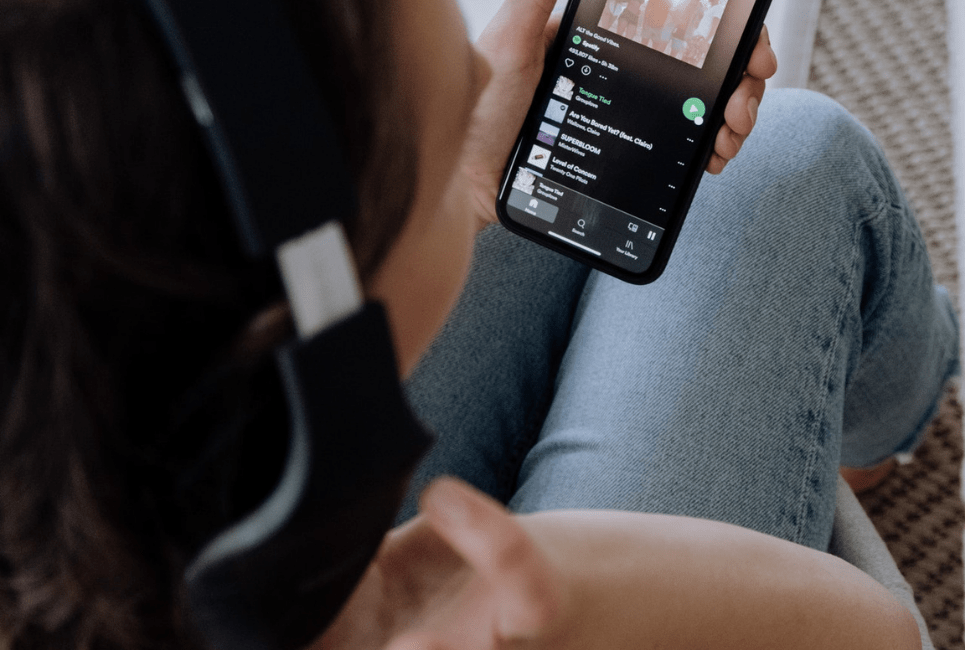 Question: Who is Spotify’s biggest competitor?

Answer: In our opinion, Apple Music is Spotify’s biggest competitor. However, other players such as YouTube Music, Amazon Music, Pandora, etc., are also giving Spotify a run for its money.

Question: Are Spotify and Google partners?

Answer: Spotify and Google have a mutually beneficial relationship. However, there are no concrete plans for the companies to form a partnership or merge.

Question: How does Spotify make money?

Answer: Spotify makes most of its revenues from advertising and paid subscriptions, with a small percentage from other sources such as third-party apps.

Despite competition from other popular streaming services, Spotify has managed to stay at the top of the global music and audio streaming market. Although faced with fierce competition, Spotify continues to lead in this sector with its distinctive features and pricing structure for customers.

Its main competitive advantage lies in its aggressive growth strategy that focuses on expansion through local music stores and partnerships with the music industry. It has also provided a unique user experience to its consumers and tied down exclusive features through contracts with local record companies.