Neil Shen is a 53-year-old billionaire who has co-founded and led various organizations, including Sequoia Capital, Ctrip international ltd, Homes hotel, among other ventures.

The venture capitalist ranked top in Midas list for three years in a row, thanks to his business acumen that has seen him invest in internet companies across the globe.

He is also the chairman of the trustees. Brookings Institution, Yale center Beijing executive council, and a member of the chief executive council of advisors on innovation and development in Hong Kong and many others.

It is this venture capitalist’s rise to billionaire status that this biography seeks to trace.

We shall start with a brief of his biofacts, a sneak peek into his business success and failures, net worth, and a few quotes the billionaire has made. Let’s start off with his biofacts;

Children: Neil Shen has children. However, their names are not specified.

Partner / Spouse: Neil Shen is married but very little about his partner and family.

Companies Associated With: actively involved in the formation and management of Sequoia Capital, Ctrip International Ltd, Homes Hotel, Chemical Bank, Citibank, and Deutsche Bank in Hong Kong, and many others. 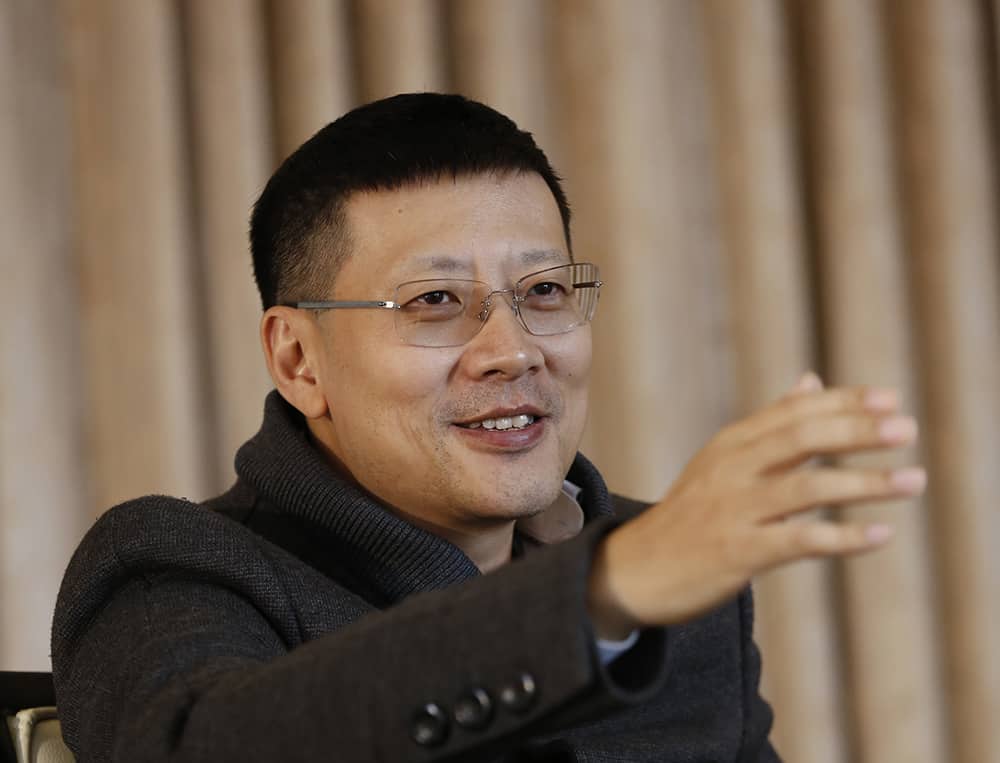 Neil Shen is a business investor and an entrepreneur from Zhejiang province, Haining city, China. He is the founder and managing director of Sequoia, a leading venture capital firm in China.

Though there is limited information about his early life and education, Shen earned his bachelor’s degree from Shanghai Jiao tong University in 1989.

Immediately after earning his first degree, he joined Columbia University, United States, where he majored in mathematics.

He later joined Yale University (United States), where he graduated with a master’s degree in 1992. 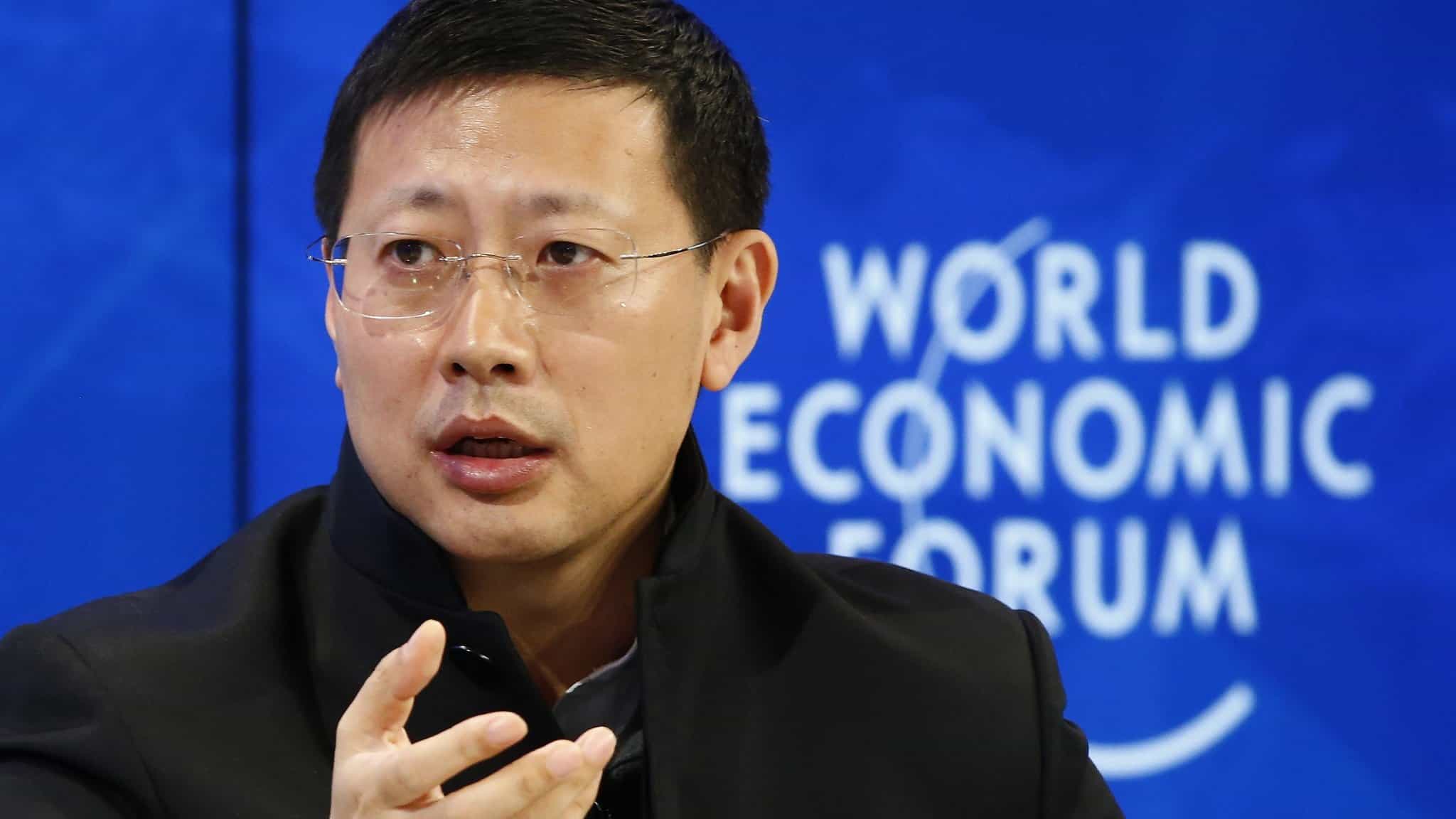 In 1996, Shen joined Deutsche Bank as the director and the Head of Capital Markets in China. While working with Deutsche Bank, Shen founded the online travel agency called Ctrip in 1999.

In Ctrip, Shen served as the chairman, the chief financial officer, and the president. And, under his leadership, the company was included in NASDAQ by the end of December 9th, 2003.

Shen also introduced the Home Inn (the accommodation provision service) in 2002, where he acted as the organization’s founder and co-chairman.

Sequoia Capital is perhaps one of the most successful ventures Shen has ever founded. With the help of Douglas Leone and Micheal Moritz, he was able to expand the company’s reach to the United States where he had it headquartered in Menlo Park, California.

Through his leadership, the company has successfully invested in more than 300 consumer and tech enterprises like Dianping.com, Vip.com, JD.com, Meituan.com, and 360.com.

Since his venture into the business world, Shen has successfully operated in various leadership positions. In 2019, He was the chairman of the Yale leadership center in China. He was also a trustee of the Asia Society and the deputy chairman of the Venture Capital Committee for the Asset Management Association of China.

President of the Private Equity Association

In his life that spans over 5 decades, he has ascended to various leadership positions including being the vice president of the Private Equity Association in Beijing and the Zhejiang Chamber of Commerce In Shanghai.

Shen’s great leadership skills and business expertise have earned him credit from all over the globe. For instance, the Forbes ranking of the top venture capitalists showed that Shen occupied the topmost ranking for three consecutive years (2010-2013) before moving to the third position in 2014.

On top of that, Shen was one of the few individuals selected to attend China’s first and second world internet conferences in 2014 and 2015, respectively. Today, Shen is part of the advisory council of the Secretariat of the World Internet Conference Organizing Committee.

In a nutshell, His entrepreneurial influence in China is immeasurable. Besides guiding people in their investment decisions, Shen has also offered financing to multiple organizations. Examples of organizational leaders who have secured financing from Shen include Wang Xing, Richard Liu, Li Zhifei, the chairman of Meituan-Dianping, and the founder of Mobvoi, among others.

While responding to questions during his interview with the Stanford Graduate School of Business (GSB), Shen encouraged entrepreneurs not to hesitate in implementing business ideas….” “Entrepreneurship is about speed…,” said Shen. “…So, if you like to do something and you feel like something is calling you inside, you better do it, right away. And that’s about, all about entrepreneurship,” he added.

He gives an example of how his boss and the head of Asia capital markets by then couldn’t convince him to continue working for the Deutsche bank for additional four months.

When asked about his entrepreneurial success, Shen said that he had made it by learning from his previous mistakes and improving on them gradually. Additionally, Shen stated that observing the business trends and working on them.

“And see, for us in China, if there’s any kind of so-called success for us, then that’s, I think, we have been really taking the major trend right. You will always make mistakes, but as long as you capture all the major trends, you’ll be doing very, very fine,” said Shen.

When asked about his hindrances to business success, he pointed to competition as the number one challenge. Additionally, Shen argued that the best way to counter the competition was by copying what the leaders in the market were doing and innovating continually to differentiate your products and win the competition.

“I remember when I was running Ctrip, one of my routine jobs is to come to Monday meetings and discuss how our competitor was doing, especially Eelung…,” said Shen.

“You just have to innovate all the time to make sure you stay ahead of the game,” he added.

On top of that, Shen stated that the best way to find business partners is to look for individuals who match your business interests and have a wealth of knowledge and experience in the niche.

In his final sentiments, he emphasized entrepreneurs should invest in something they are passionate about; otherwise, it would be difficult to sustain the business.

The video details Neil Shen’s extraordinary journey both as an investor and an entrepreneur. In the 40 minutes plus talk, Neil explains his decision to drop his PhD course for an MBA program a year after enrolling.

He also sheds light on the challenges he faced and how they helped shape the investor he is today. His sign off quote is perhaps the key takeaway for any aspiring entrepreneur, “Follow Your Heart.”

Going global is one of the many dreams every startup toys with. But as is in the ever-competitive business world, this is always easier said than done. It is this elusive dream that Neil Shen “ Nicknamed GodFather” has successfully lead companies to achieve that he tackles.

In the talk, he contrasts China’s domestic competition to dominate the over billion consumer economy and how that differs from the global economy.

Neil Shen’s real-time net worth stands at $ 4.7 billion. He has accumulated a significant percentage of his wealth from investments in venture capital, salary from his numerous leadership positions, and income from other investments.

For instance, Shen has garnered a 10X profit from the sequoia investment in a Pharma company where Lilly ventures is a major shareholder.

According to Forbes, Shen resides in Hong Kong, China. Nothing else is disclosed about his home and real estate properties. Perhaps, Shen loves leading a private life. 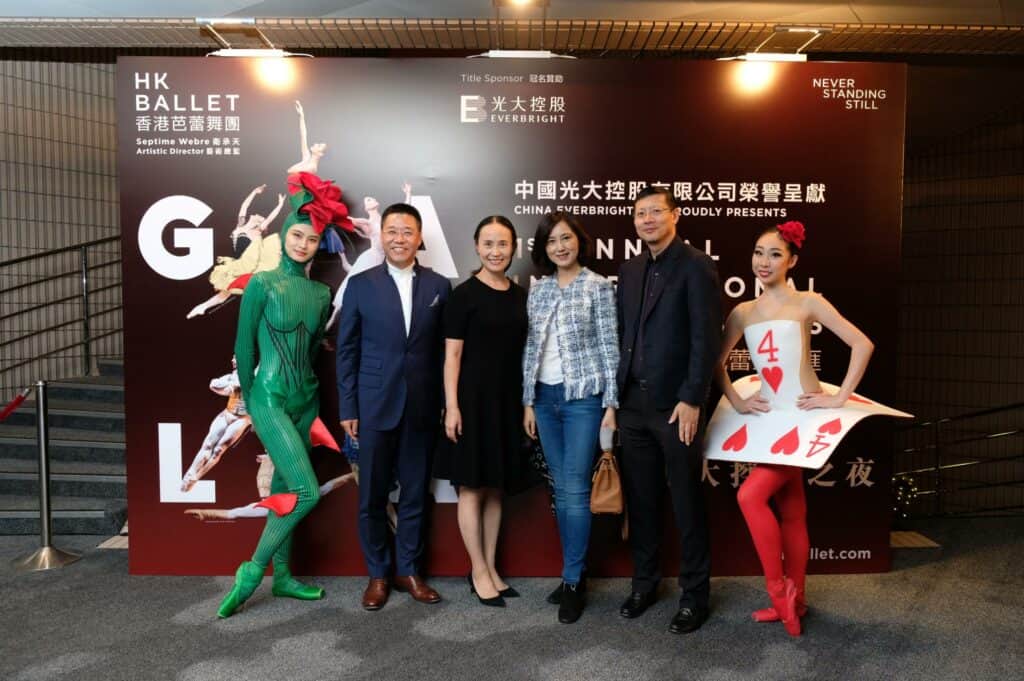 Very little is known about Shan’s family and relatives. However, according to Nikkei Asia, Shen is married, and the two have children together. “These days, he tries to lead a balanced life with his wife, a former investment banker, and his children,” Nikkei.com.

“A part of learning is done through reading, and the other part, which is likely more important, is talking with bright minds from different fields.”

“When you identify an entrepreneur to back, you have to live with their weaknesses. You reason with him, you argue with him, but you seldom go against the entrepreneur.”

“We have the advantage that our LPs [invested firms] have very long term views about their companies rather than a blind push to monetize a business. We see Meituan as a long-term champion of China’s internet space.”

“For China, there is a chance to leapfrog and upgrade itself to become a leading country for healthcare services…….”

“…..what should we do to help the global economy regain its growth, and people to regain their confidence after this pandemic?….”

See also: Indra Nooyi Bio: Her Rise to the Top in Corporate America

Answer: Yes, Neil is married and has children. However, he keeps his family and children beyond the reach of most media houses.

Answer: Shen earned his bachelor’s degree in arts from Shanghai Jiao Tong University. After that, he majored in mathematics from the University of Columbia, US, and later joined Yale University, the US, for his master’s.

Question: Has Neil Shen made any achievements?

Answer: Yes, Shen has helped many organizations achieve their financial goals by financing their operations for a stake in the business.

Shen has also played and continues to play various leadership and advisory roles in the business world, especially in venture capital investment.