Overseeing more than 40 companies with assets greater than some smaller countries, Tom Gores is undoubtedly one of the most prolific American investors. This charismatic self-made billionaire is considered an A-list superstar in business circles.

Gores is an owner of the Detroit Pistons, founder of Platinum Equity, philanthropist, and a father of three. Let’s check his unique success story in this complete Tom Gores bio and learn how he became who he is today. On July 31, 1964, Tom Gores was born Tewfiq Georgious in Nazareth, Israel. He has four older siblings and one younger. His brothers Alec and Sam (both older) are renowned since they both became successful businessmen, just like Tom.

Tom was born into a devoted Christian family. His father was Greek, and his mother was of Lebanese origin. The family immigrated to the U.S. in 1969, settling in the Detroit area with their relatives. Right from the beginning, all of the kids were given American names by their aunt, which is how Tewfiq became Tom.

The family was struggling to make ends meet. They settled in Flint, Michigan, a place associated with the founding of General Moors, but also some crises, including lead contamination of water sources, a high crime rate, and low incomes.

Despite living far away from the place for his entire adult life, Tom Gores never forgot where he came from. He frequently partners with local communities and organizations, donating money and raising awareness of Flint’s problems to improve the everyday lives of its residents.

While studying at high school, Tom played numerous sports, including basketball, baseball, and football. Then he attended Michigan State University, where he graduated in 1986 with a bachelor’s degree in construction management.

Tom’s first job experience was stocking shelves at the grocery store that belonged to his uncle. He also worked as a janitor and telemarketer to fund his studies at university.

Tom was always very determined and organized when it came to his career. Rather than jumping into the buyout business head-first, he spent several years learning and searching for the best business strategy frameworks while working for his brother Alec at The Gores Group.

Nevertheless, Tom always knew he would go his own way one day, and when the time came, he was ready to go all-in.

In 1995, Tom finally parted ways with his older brother to run his venture. He established Platinum Equity, and despite being in debt at the time, he invested $200,000 in buying out several potentially perspective yet neglected businesses.

In the next five years, Platinum Equity acquired 32 firms, turning a total investment of $226 million into $940 million profit. By 2010, the company had already ranked number 31 on the Forbes list of the Largest Private Companies.

Some of the company’s best renowned (and most profitable) acquisitions include The San Diego Union-Tribune, Delphi, Cision, and PNA Steel.

The company is famous for its “worst-case scenario,” which helps it make a profit even on projects others consider hopeless. In Tom’s words: “Since we’re going in with a worst-case model, if we happen to hit the middle of the fairway rather than worst case, we’ll always make a great return.”

Platinum Equity often comes to the table when no one else dares to, and it has already saved quite a few companies on the verge of bankruptcy. 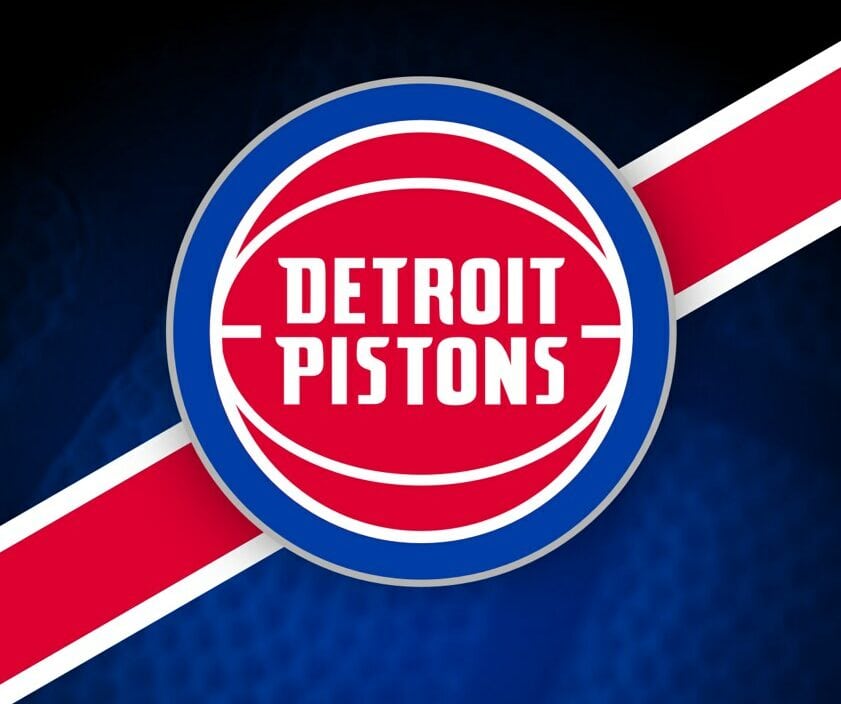 Like many wealthy entrepreneurs, Tom Gores always dreamt about owning a sports team. In 2011, his dream came true when he bought the Detroit Pistons basketball team for $325 million.

But it seems like the team means much more to Tom than just a billionaire’s childish dream. He repeatedly said that he views the team first and foremost as a community asset and an investment in something significant for everyone.

Unfortunately, the team struggled to score in all major competitions in the first years under Gores’ ownership. Despite making many positive changes and smart decisions, people criticized Tom for not delivering what he promised.

Nevertheless, Gores was not discouraged by the initial struggles. In 2015, he became the team’s sole owner and continued with various transformational projects and initiatives.

His business instinct seemed to be right again, as the Pistons have already gained almost $1 billion in worth since Gores’ purchase in 2011.

In this short promotional video from 2018, Tom Gores explains how his company, Platinum Equity, was founded, how it works, and what it can offer to other firms and businesses.

Tom Gores speaks about his basketball team, the Detroit Pistons, in this one-on-one interview for Detroit’s Channel 7 from 2014. He reviews past difficulties and sheds light on his plans with the team.

In this 2020 video, Tom Gores explains his focus on making an impact on communities through both his business and the ownership of the Detroit Pistons.

Although Tome Gores’ life story is full of exceptional accomplishments, he is not afraid to admit that he was often wrong in his life and made numerous bad decisions. Let’s look at one of the most notable controversies associated with his name and company.

One of the many companies associated with the Gores’ Platinum Equity was Securus Technologies, established in 1986.

Besides some other business activities, the company provided phone calls to inmates incarcerated in Massachusetts. Tom Gores reportedly bought it in 2017 for $1.6 billion.

In 2018, the company was accused of inflating the cost of calls based on the exclusivity deal acquired in exchange for a bribe collected by the office of the Bristol County Sheriff.

Moreover, in the same year, The New York Times revealed that Securus could track the location of phones in a matter of seconds through one of its products. That leads to speculations on illegal surveillance.

The revelations fueled nationwide criticism and demands for reforming the profit-driven inmates’ telecommunication services. Some voices even call for Gores’ responsibility, claiming that the billionaire’s philanthropism focused on poor communities is false.

Lately, the entrepreneur, rational as always, commented that he only purchased Securus as it seemed to be a good investment but now believes that private companies should not be allowed to operate these services. He suggests non-profits should provide inmate calls instead.

After graduating from Michigan State University, Tom shortly landed a job at Continental Telephone. That’s where he met Holly, a Michigan native, who would become his wife in 1995.

The couple has three children together: Amanda, Catherina, and Charles. Charles was diagnosed with severe food allergies when he was just one year old and had to resort to treatment with EpiPen, an expensive yet effective auto-injector providing life-saving relief from symptoms.

In a reaction to his situation, in 2011, Catherina and Amanda started collaborating with a nonprofit organization that provided vulnerable low-income families with access to EpiPen.

Although Tom and Holly should soon celebrate their 30th wedding anniversary and seem happy and harmonic, the pair allegedly went through some tough times in the past.

In 2000, Tom was accused by his brother Alec of having an affair with his then-wife Lisa. Alec even hired a private detective to substantiate his suspicion, and just one year later, he and Lisa got divorced. Tom’s marriage withstood this affair.

As of May 2022, Tom Gores’ net worth is around $6 billion. Based on Forbes’ statistics, his wealth steadily increased over the past decade, doubling in just about eight years. This puts him at #424 in the magazine’s list of the most prolific Billionaires (2022).

Tom Gores does not disclose his monthly or annual income to the media, so all the publicly available figures are just estimates or speculations. According to some, Tom should be earning at least $4,000,000 per year, but as his net worth constantly grows, this is most likely not accurate.

Tom Gores grew up in humble conditions, often sharing an apartment with an extended family to make ends meet. Nevertheless, he certainly cannot complain about his housing situation today.

Gores and his family live in Beverly Hills (similar toJeff Bezos and other billionaire entrepreneurs). Here are just some of his other known and notable real estate holdings.

Through two separate transactions (completed in 2005 and 2008), Tom Gores invested $18 million into a lavish 3.2-acre development site in Bel-Air, just above the famous Bel-Air Country Club.

The property boasts two private driveways, retaining walls, an underground facility, and a 15-car garage. It once belonged to Herbert Kalmus, the co-founder of Technicolor Motion Picture Co., and contained a luxurious 1920s mansion that has since been demolished.

In the autumn of 2016, Tom Gores invested $100,000,000 in a 30,000-square-foot mansion located in the picturesque Holmby Hills estate in Los Angeles, California. The property formerly belonged to the singer and actress Barbara Streisand.

Gores reportedly purchased the mansion partially in cash and partially by trading in his 3.2-acre estate in Bel-Air (see above).

The two-plus-acre residence with several guest houses is a contemporary-style home with ten bedrooms and twenty bathrooms. There’s also a lounge, a wine room, a theater complex, a spa, three outdoor pools, and an indoor pool with a waterfall.

“I was fortunate to start working when I was about ten years old, and I learned a lot of lessons working at such a young age.”

“You can’t control the market. You can control your company.”

“Our base case is most people’s worst case.”

“It’s dangerous to try to price a company on hypotheticals.”

“Vision usually comes naturally after you’ve fixed the problems and established a direction.”

“I grew up in Michigan. I love living in LA. But at the heart of it, I’m a Michigan man at the end of the day.”

“Industries and businesses are always in transition.”

“If you’re willing to peel the onion, there’s a big opportunity for companies seeking the right owner.”

“If you’re successful in business, but you sit around in your office having the thought that you’re not being the best dad, then it’s not complete.”

Question: How much would it cost to buy the Detroit Pistons from Tom Gores?

Answer: In 2021, after ten years of Tome Gores’ ownership, the Detroit Pistons club had an estimated value of $1.58 billion. Nevertheless, nothing implies that Gores would be willing to sell his team regardless of its price.

Answer: Yes, Alec Gores is Tom’s older brother. The two used to work together in the early 1990s in Alec’s The Gores Group, but Tom left to establish his Platinum Equity in 1995.

Answer: Platinum Equity is an excellent investment company, one of the best and most acclaimed films in the equity business worldwide. It has approximately $13 billion of assets.