Its best-known software products are the Microsoft Windows line of operating systems for personal computers, the Microsoft Office suite of productivity software including Word, Excel, PowerPoint, Access, and the Internet Explorer and Edge web browsers.

Founded in 1975 by Bill Gates and Paul Allen, Microsoft ranks as one of the most valuable brands in the world for a continuous streak of over 20 years. It ranks third after Apple and Google, with annual revenue of $143.02 billion per the Forbes 2020 rankings. In the 2021 fiscal year, it recorded a revenue of $168.09 billion.

The company also forayed into gaming along with the hardware of Xbox, which is competitively rivaling PlayStation by Sony. Microsoft also competes in the worldwide PC market with several major players such as Acer, Dell, and HP. Moreover, it has obtained several patents for its technologies, supercomputer algorithms, and software development.

In 2014, Microsoft acquired Mojang, famous for its Minecraft video games, for $2.5 billion. By integrating it with Microsoft’s gaming console, Xbox, it hopes to enhance its gaming experience. It also acquired LinkedIn for $26.2 billion in 2016, intending to integrate it with its enterprise software business. Throughout its 46-year history, Microsoft has acquired over 200 companies.

It leverages an extensive network of corporate channel partners, including distributors, value-added resellers (VARs), and independent software vendors (ISVs) to add additional customers’ sales opportunities. In addition to this, Microsoft offers licenses to enterprises through more than 120 regional subsidiaries and field sales forces in 170 countries worldwide.

Cloud computing is the future of technology, and Microsoft has already developed many products to support this. Its focus on a cloud-First, Mobile First approach sets its strategy to integrate with its overall vision. It provides various cloud computing services through Azure, its platform as a service product line, competing directly with Google Cloud Platform, Amazon Web Services, and IBM Softlayer.

Microsoft is also focusing on the democratization of AI to make it accessible to everyone. It has introduced several products like the Microsoft Bot Framework, Cognitive Services, etc., providing developers tools for constructing AI solutions. In addition, it’s also involved in partnerships with several companies like Twitter, Salesforce, and SAP to move forward with its strategy. 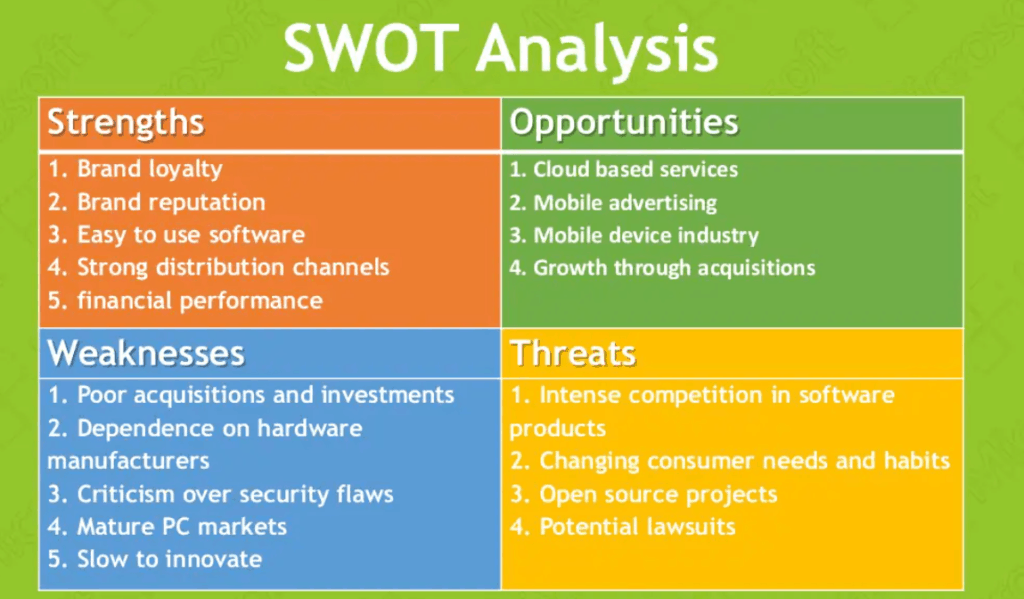 Microsoft competes against Apple, Amazon, Salesforce, IBM, and Google in multiple markets. These players are developing their presence in various verticals to provide a comprehensive range of products and services. While this gives Microsoft an upper hand in the enterprise market, it may face difficulties retaining its dominance with new competitors entering the segment.

Google is a strong competitor for Microsoft as they both compete in the enterprise solutions vertical. Google has its G Suite platform that includes apps like Gmail, Docs, and Drive, similar to Office 365.

It also provides business solutions such as Cloud Platform that include various other services like Google BigQuery, Data Studio, etc., along with an enterprise-level cloud infrastructure. Google is also aggressively pushing for the adoption of Chromebooks, which may pose a challenge to Microsoft’s Windows platform in the long run.

Google market’s Chrome as an alternative to Microsoft Windows in the desktop operating system segment. The OS incorporates features such as a cloud-based system for storing data and applications and new Web standards such as HTML5, which give it a unique position in the market.

Microsoft’s competitive advantage over Google lies in its enterprise market, as Google has not effectively penetrated this segment. However, it is gaining with an increasing focus on its enterprise portfolio. 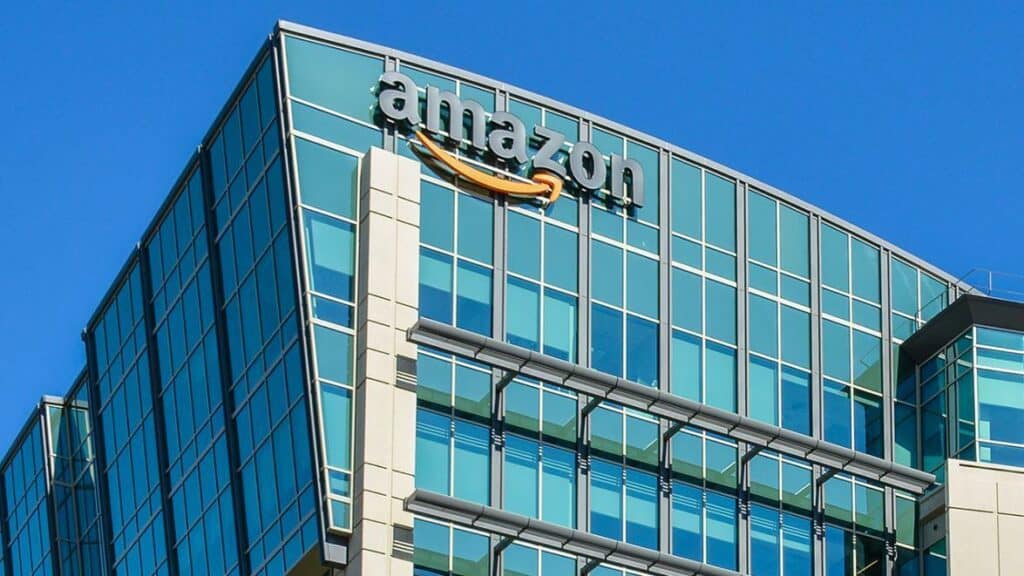 Microsoft and Amazon compete in the Cloud segment with their respective offerings. It’s a fierce battle between Microsoft Azure and Amazon Web Services (AWS) as both works towards maintaining their dominance in this vertical. Both companies have made significant investments to increase their services’ capability, reliability, and functionality through strategic partnerships with technology giants.

The Cloud Infrastructure Service market share of Amazon Web Services (AWS) and Microsoft is at 31 percent and 22 percent, respectively, as of 2021, according to Statista. With this level of competition, there is an increased risk of pricing pressure in the industry.

Microsoft faces a threat from Amazon Web Services’ (AWS) rapid development and expansion in the cloud services market due to its large customer base and low prices. AWS has made it easy for enterprises to build secure hybrid clouds with its infrastructure as service offerings.

However, Microsoft invests heavily in R&D to ensure that its Azure cloud infrastructure is highly secure and reliable. This enables it to price higher than AWS for the same service offerings. But, with increasing investments by Amazon into the security segment, Microsoft may face pricing pressure in the future. 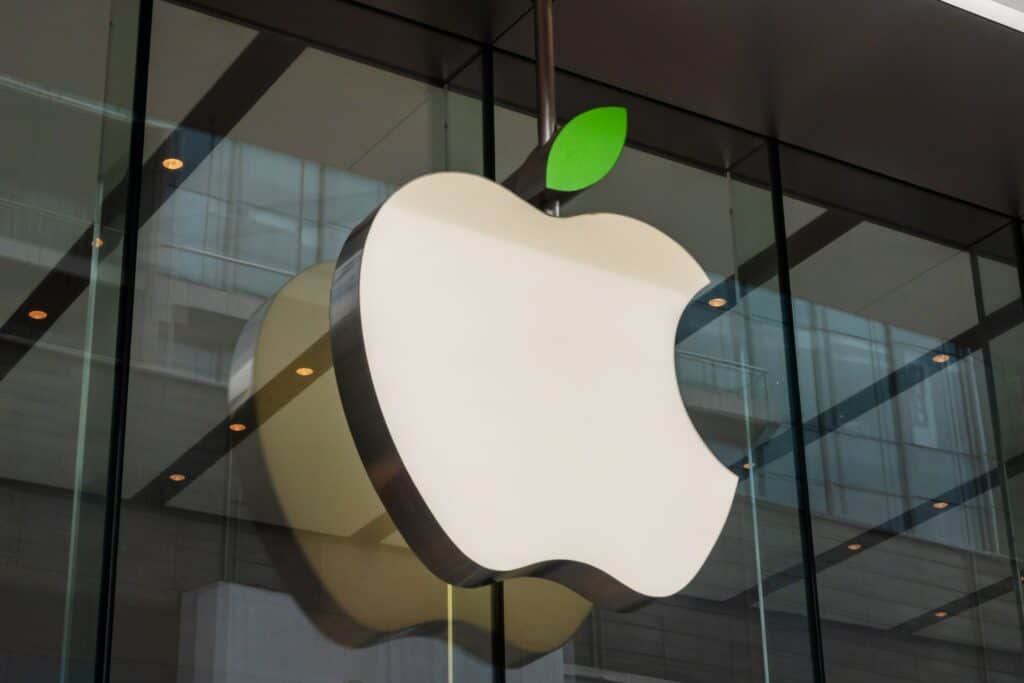 Microsoft competes against Apple in the enterprise solutions, hardware, and mobile operating system market. The competition has intensified as both are trying to strengthen their hold on different markets.

Apple has strengthened its presence in the enterprise market with its iOS platform that powers iPhone, iPad, iPod, and Mac devices. The company aims to provide its users with seamless communication across different Apple devices and constantly adds new features to improve productivity.

However, Microsoft is on track to introduce Windows 11 operating system with new devices and services such as Surface Pro X which competes directly with Apple’s MacBook Pro 16. 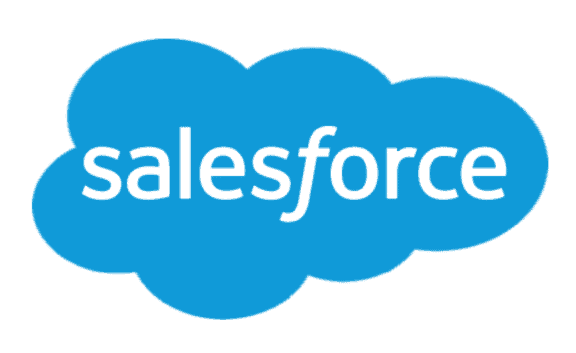 Salesforce is one of the biggest Microsoft competitors in the cloud with its client relationship management offerings. It offers a range of products across different industry verticals such as Sales, Service, Marketing, and Platform Cloud. Salesforce holds the largest market share with 19 percent in the CRM market, with Microsoft Dynamics holding a wavering 3-4 percent.

Salesforce CRM has a strong presence in the market, with more than 83 percent of the Fortune 500 companies using its solutions, of which it also ranks 137. The company reached $21.25 Billion in revenue in its 2021 fiscal year. Moreover, its cloud services are part of its Software-as-a-service (SaaS) offering that is gaining popularity in the market.

Salesforce captured a significant market share due to its user-friendly interface, easy setup process, and support for multiple platforms that do not require additional installation. It also partnered with several technology giants such as Amazon web services (AWS) to strengthen its offerings and add features to its existing products for a better customer experience.

Salesforce is gaining a competitive advantage by expanding its services to other market segments through acquisitions such as Slack’s $27.7 billion in 2020. The company has also differentiated itself from the competition by providing co-development opportunities with partners and competitors alike. Microsoft’s slow pace of innovation may result in its inability to keep up with Salesforce, which will erode its customer base over time. 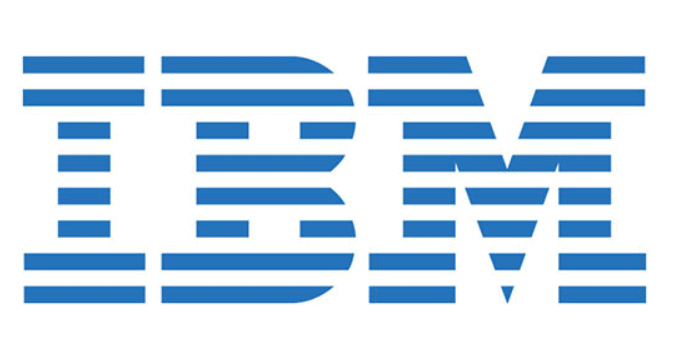 IBM is among the world’s leading enterprise cloud providers and has adopted a hybrid approach to data services. The company aims to deliver its solutions through multiple channels such as cloud-based offerings, on-premise solutions, and hybrid cloud platforms.

Microsoft identifies IBM as a competitor in the artificial intelligence (AI) market due to its Cognitive Services offering, database, and business intelligence products.

Microsoft claims that its Azure platform caters to the needs of enterprises better than IBM, and it has captured a significant share of the global market due to its competitive pricing, flexible deployment options, and availability in more than 170 countries.

In 2018, Microsoft held the largest market share in IaaS Cloud Services with 15.5 percent, while IBM lagged with 1.8 percent.

Microsoft’s Competitive Advantage Over its Competitors

Microsoft successfully offers solutions across multiple business verticals through its diverse product portfolio that caters to the needs of enterprises and consumers.

In terms of customer support, Microsoft has attracted customers with its 24×7 online support for Windows 10 OS. The company also provides easy access to updates through a one-click update process not available in other competing operating systems. Some of its latest products, such as Surface Pro X have been well received by critics and consumers alike due to their high performance.

Acquisition of other companies such as LinkedIn, Skype, Minecraft (a video game studio), Mojang (the Swedish company behind Minecraft) has helped Microsoft enhance the features of its existing products and diversify its product offering to a larger target audience.

It has also launched several initiatives such as AI for Accessibility, Advanced Cybersecurity protection in partnership with leading companies such as Cisco, Google Cloud Platform (GCP), Intel Security, PaloAlto Networks to ensure the security of its cloud offerings.

Question: What is Microsoft’s biggest Competitor?

Answer: Microsoft’s biggest competitor is Google, whose Android mobile operating system has captured a significant smartphone market share. Its strategic intent is to expand its mobile presence in the enterprise market through partnerships with leading telecommunication companies to roll out 5G.

Answer: Microsoft has established itself as a strong competitor in the market because of its focus on advanced technologies such as Artificial Intelligence (AI), Internet of Things (IoT), mixed reality, etc., acquisitions like LinkedIn and Skype. Its acquisition of Minecraft, Mojang, helped enhance its features and target a new set of consumers with diverse interests.

Question: What is Microsoft’s top-selling?

Answer: Microsoft office is its top-selling product. It is a suite of apps and services that enables users to work on their computer, mobile device, or web browser. Microsoft office comprises Word, PowerPoint, Access, etc., used widely by both consumers and businesses.

Microsoft has differentiated itself from its competitors by providing competitive pricing and offering flexible deployment options to its customers across different geographical markets.

With Microsoft’s AI, IoT, and Quantum Computing focus shifting towards newer technologies to enhance its product offerings, it is likely to further improve its position in the market.