If you’re, just like me, a fan of Storage Wars, you surely know Barry Weiss: A storage-treasure hunter turned reality TV star with unmistakably witty humor and distinctive skeleton gloves. Have you ever wondered how he became so rich?

Barry Weiss became publicly known in 2010 thanks to his appearance in Storage Wars, A&E’s reality show centered around the law, which allows any storage locker with an unpaid rent for at least three months to be sold by an auctioneer.

Barry appeared in the series as one of the professionals who bought the contents of the lockers without knowing the actual inventory. Sometimes he found a treasure; at other times, he wasted money on priceless stuff.

I must admit that this risky yet exciting business genuinely fascinates me. It’s like a Kinder Surprise for the rich grown-ups. I’d love to try it one day too.

So, I started looking into the people behind this modern treasure hunting – and that’s how I found Barry Weiss, a former wholesaler with a net worth of $10 million whose background is much more complex than I would have thought. Let’s explore his story together.

But first, a short disclaimer:

Barry Weiss, the Storage Wars star, is often mistaken for a music producer of the same name. During my research, I found confusing data mixing them together. I’ve tried to sort and verify all the information, but some details may be a bit vague as a result. 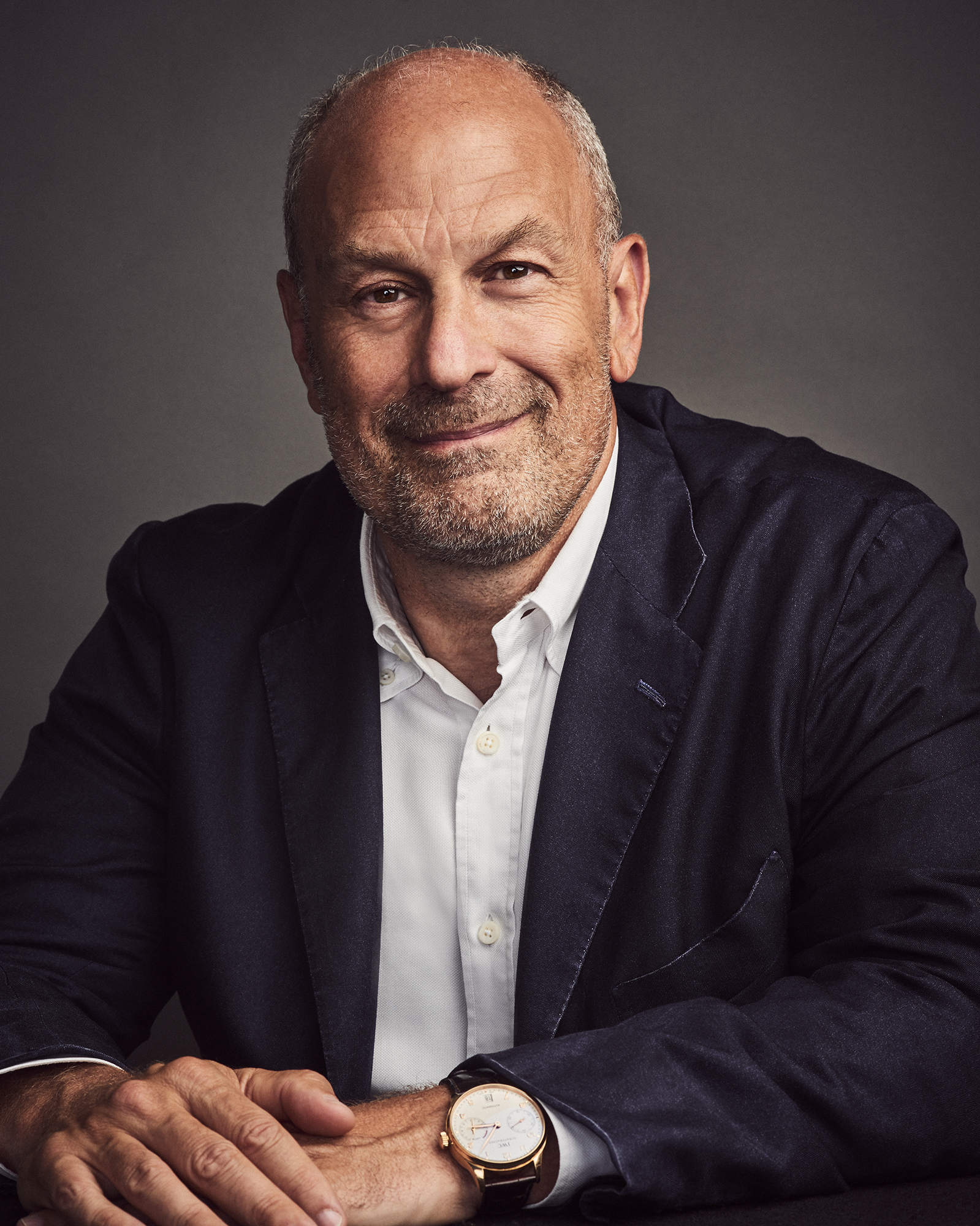 Barry Weiss likes to show off his impressive art collections and discuss all sorts of topics, but when it comes to his privacy or past, I’ve discovered he becomes reticent and secretive.

As a result, finding out when and where he was born became detective work for me. Based on my research, I believe he was born in 1951, possibly on February 11, into a Jewish-American family involved in the food trading business.

Barry’s exact place of birth is unknown, and so is his formal education history. I’ve learned, however, that Barry has a brother Joey Weiss and the two were apparently very closed in their childhood and adulthood alike.

I’ve also discovered that Barry always loved motorbikes and the lifestyle around them. He even sported a long brown ponytail in his youth.

Before becoming associated with the storage buyouts, Barry Weiss spent more than 25 years building a wholesale business with his brother Joey. 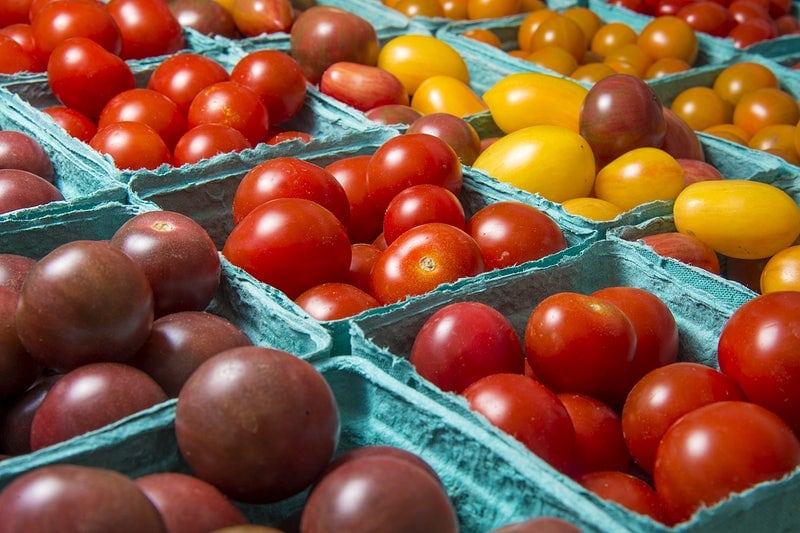 This wholesale called Northern Produce was a traditional Weiss family business established long ago by Barry’s grandfather. As I’ve read in some of the interviews, it focused on fruit and vegetables export and import.

In his own words, Barry one day realized that he became tired of the business after all the years, sold his shares in the company (reportedly for a significant fortune), and officially retired.

Nevertheless, while the careers of most of us effectively end with our retirement, Barry Weiss’ was seemingly just about to take off. This is one of the aspects of Barry’s story I find particularly inspirational and admirable. 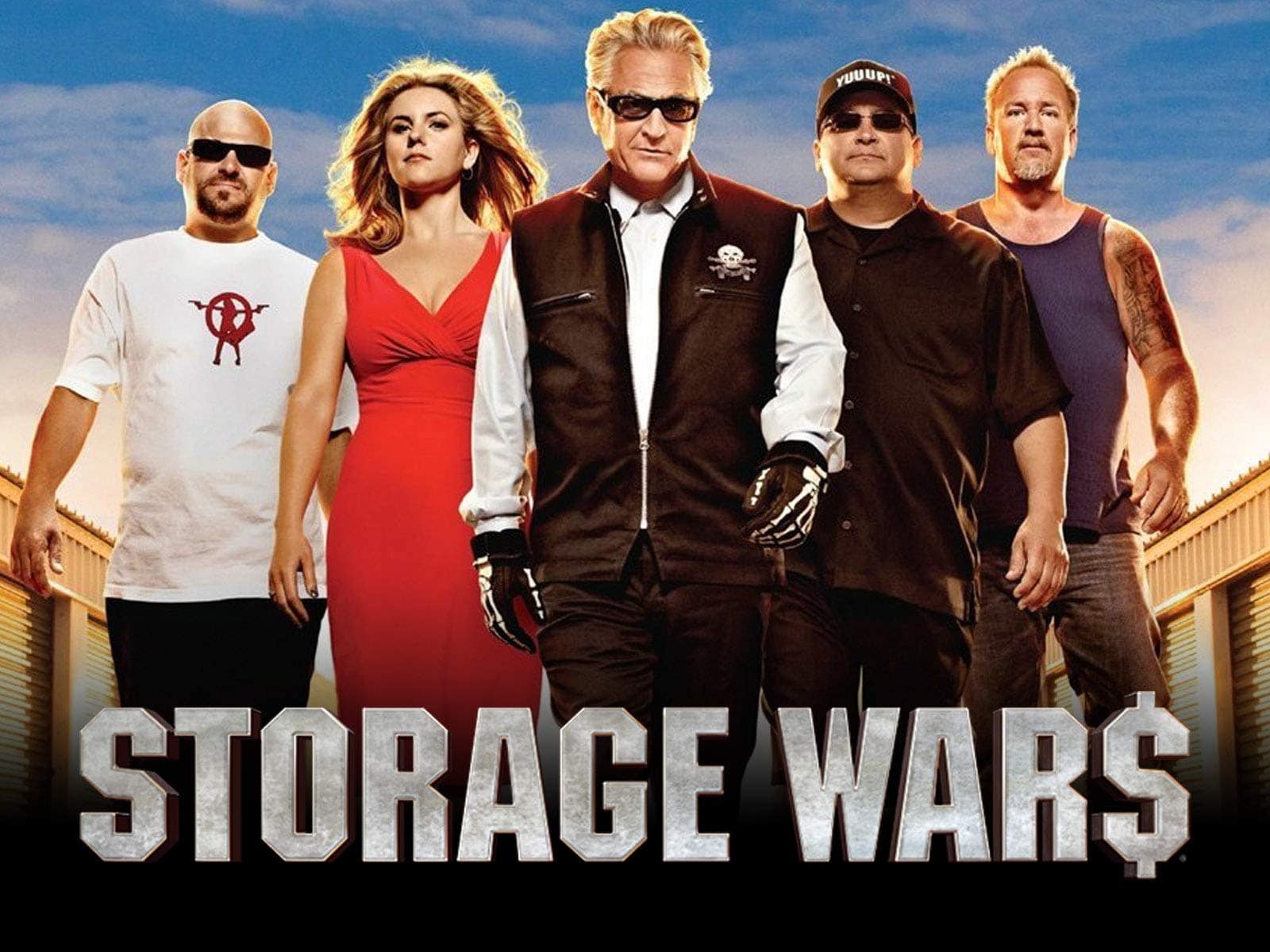 The reality TV phenomenon brought public attention to hundreds of exciting and successful people from various fields and business niches. My all-time favorites are Shark Tank (read our Chris Sacca’s Bio for details on one of its famous actors) and Storage Wars.

While they focus on very different topics, I love the insight they both provide while popularizing their specific industries through humor.

So, how did Barry Weiss get into Storage Wars? Despite being a lifelong collector of antiques (Barry claims he started with this hobby at 15 years), he had reportedly never bought a storage locker before.

This changed when his friend Thom Beers, executive producer and narrator of Storage Wars, invited him to join the show and thus, so to say, explore new grounds. Weiss was always up to a challenge, so he didn’t hesitate to take this chance.

Barry became an instant audience’s sweetheart thanks to his witty, unapologetic humor, distinctive skeleton gloves, and vast knowledge of all the different collectibles (for another famous art collector among the business people, check our JP Morgan Bio).

Barry was also very different from the other actors by preferring to keep his best catches instead of competing in selling them off for the best possible price. That’s also how Barry landed his nickname, ‘The Collector.’ I believe it fits him perfectly.

Sadly, when the show’s fourth series ended in 2013 and I (along with thousands of other fans) eagerly anticipated its return, the producers announced that Barry Weiss would no longer be part of it.

Spin-Off Series and Other Activities

In 2012, Barry Weiss was ready to return to our TV screens in a spin-off series, What Are You Worth?. The show produced by Metal Flowers Media recruited applicants for a $5,000 – $15,000 financial backup who would compete in persuading Barry about their cause. 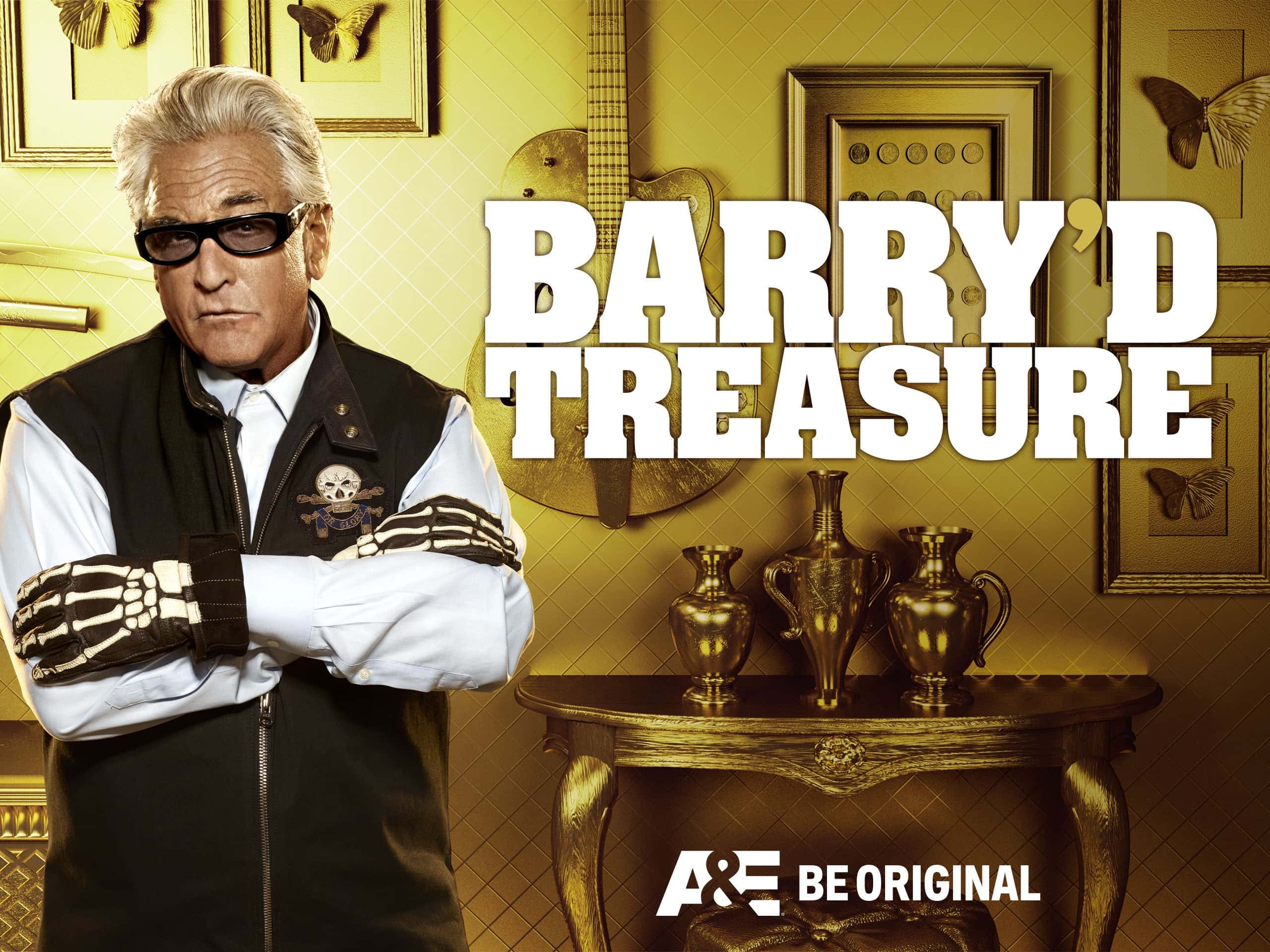 Sadly, the show never made it on the TV screens and was canceled. Instead, Barry started shooting Barry’d Treasure TV show in 2014. In this show, Barry travels around the U.S. in search of rare collectibles. I found the show pretty cool, but after just seven episodes, it was canceled too.

Subsequently, Barry Weiss disappeared from public view and even stopped posting on his social media channels, which made me worried about whether he was alright.

Nevertheless, he resurfaced after a couple of years and explained that he was just busy engaging in other activities such as judging cannabis competitions in Amsterdam or attending bull riding events all around the U.S.

Well, I must admit I’d love to spend my retirement this way too.

In 2021, Storage Wars was about to return to the screens with its 14th season. I was super excited to learn that Barry Weiss was returning as its regular.

Barry appeared (as far as I remember) in all 36 episodes of Season 14, spicing up the show with his unique sense of humor and rock star-ish presence.

Although A&E has not officially announced the shooting of Storage Wars’ 15th season yet, Barry Weiss would likely be a part of it again.

This 2021 Storage Wars scene captures one of Barry’s great catches – a 1927 Chevy Radiator Watch. At the beginning of the clip, he also showcases his original Batmobile-inspired 1939 black Zephyr.

Barry Weiss is considered one of America’s most passionate car collectors. This 2019 video introduces us to some of his dearest vehicles, including a 1957 Ford Ranchero, 1940 Ford COE Truck, and a 1947 custom-designed Cowboy Cadillac.

This 2017 interview was recorded during Barry’s hiatus from TV screens in Amsterdam, Netherlands, by Matthijs Albers van Weekblad Prive for ISHOOTPEOPLE. Barry discusses his international fame and favorite activities aside from collecting valuables.

According to all the available sources, Barry Weiss was a very successful businessman during his years in the wholesale business. He apparently continued to enhance his wealth efficiently even after retiring and becoming a famous TV personality.

However, the treasure-hunting is, by nature, an incredibly unpredictable business. Even a seasoned professional like Barry couldn’t avoid making a few notorious mistakes over the years.

Barry, also known as ‘The Collector’ in Storage Wars, has made quite a few disappointing buys over the years. In one of the latest episodes, he, for example, barely broke even on a collection of German beer steins.

On another occasion, he famously overbid the wrong locker – the one that had no other bidders aside from Barry. He also regularly loses contests between the buyers as he decides not to sell his findings but keep them instead.

Besides his professional treasure-hunter failures, Barry Weiss also participated in one much more serious accident: In 2019, he was crushed by a car while riding a motorbike in Los Feliz, California.

In his late sixties, at the time of the accident, Barry ended up in the ICU with serious chest and leg trauma. Fortunately, he fully recovered before returning to TV screens shortly after that.

Barry is not the type of guy who likes to share details about his family or love life with the public. When I researched his personal life, I could only find out that he was once married – but claims to have been “happily divorced” for more than 30 years.

The Collector is also a father to two children – daughter Julie and son Jack. They are both adults. Barry is also a proud grandfather to a boy named Oliver, who should be around seven years old (as of July 2022).

Although Barry is not known to be in a steady relationship at the moment, he claims to live a busy, perfectly fulfilled life surrounded by many people he loves and who love him back.

Barry Weiss has an estimated net worth of $10 million. This should include his exclusively-located properties and a vast collection of art and historic cars.

Since Barry engages in a diverse range of gainful activities and his income heavily fluctuates based on his luck at treasure-hunting, I do not dare to guess Barry’s current salary. Some sources, however, estimate it can be as much as $47,500 a month.

Talking about the salary, I must mention that at the time of his appearance in the first series of Storage Wars, it became publicly known that Barry earned less than some of his other colleagues – approximately $10,000 per episode compared to $15 – 25,000.

I assume this might have something to do with his departure from the series, and I also believe he might be earning much more after his 2021 comeback. However, Storage Wars actors’ exact salaries are not shared with the public.

Barry Weiss is a passionate collector of beautiful and lavish things. It probably won’t surprise you that he owns a few luxurious properties too. Although he likes to keep his private life out of public sight, here’s the little I’ve found at least on one of his houses:

Barry Weiss is an owner of a $1.8 million mansion in the Beverly Hills’ exclusive Laughlin Park neighborhood.

This area is rated one of LA’s top 5 residential areas. Numerous celebrities, including actress Natalie Portman and music producer Chris Ivery (read our Chris Ivery Bio for more details on him), reportedly call it home too.

In the past, the neighborhood was also home to Charlie Chaplain, Cecil B. DeMille, and quite a few other prominent residents.

Barry Weiss’ 4-bedroom house was built in 1928 in a characteristic Spanish Revival architectural style. His first owner was a successful financier Joseph L Durkin who shared the house with his wife, Mary.

Barry Weiss is, apparently, no philosopher, so most of his iconic quotes are first of all funny and sometimes even pretty sarcastic. Here are a few of them I particularly like:

“I want a lawyer and a sandwich. Oh, and I want to update my Facebook status.”

“I do own more cars than Bruce Wayne.”

“Good times are worth more than good money.”

“Can a singer have too much woozum? I think not.”

Question: Why was Barry Weiss gone from Storage Wars?

Answer: Officially, Barry stated that he felt the time was right for him to leave the show and move on while it was at the peak of its popularity. Nevertheless, according to widespread rumors, he might have also had financial reasons for leaving the show.

Question: Where is Barry Weiss from Storage Wars now?

Answer: In 2021, Barry Weiss returned to a regular cast of Storage Wars, appearing in all 36 episodes of the show’s 14th season. As of July 2022, it is not yet known whether the show will be renewed for the 15th season, but if yes, Barry will most be a part of it.

Question: How old is Barry Weiss?