He has reportedly won millions in private poker games, and he also entered the 2009 World Series of Poker Main Event. He has a large social media following, especially on Instagram, where he has over 32 million followers and is well-known for his lavish lifestyle.

Dan appeared in several films, including Olympus Has Fallen, Lone Survivor, and The Equalizer. His company, Ignite, focuses on cannabis products and made a reported $50 million loss in its first year; however, in the last quarter of 2020, Ignite generated $10.1 million in revenue. 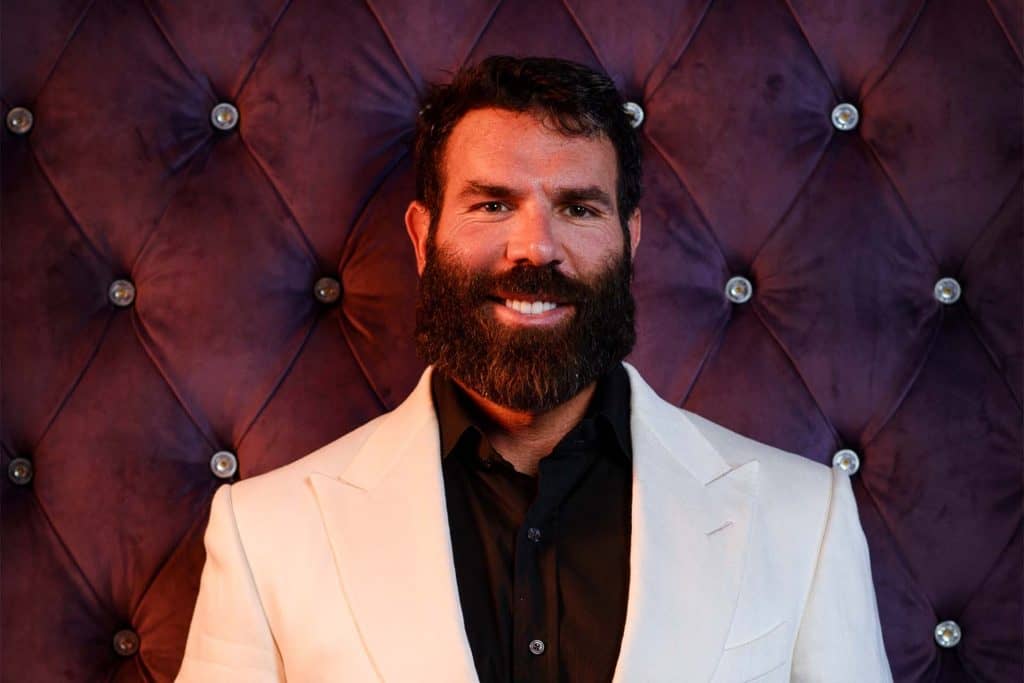 Dan Bilzerian was born in Tampa, Florida, to Paul and Terri. His father, Paul Bilzerian, was a successful corporate takeover specialist, earning millions in the 1980s. He grew up alongside his brother, Adam, in a 28,000 square foot mansion, and his father’s net worth was estimated to be $40 million at the height of his success.

In 1988, Paul Blizerian was indicted for tax and security fraud which subsequently led to him declaring bankruptcy in 2001.

In 1999, Dan joined the Navy and underwent SEAL training, although he left the program before he could graduate. He reportedly left over a dispute over safety at the shooting range. After his exit from the Navy, Dan attended the University of Florida, where he studied business and criminology.

Dan Bilzerian made his name playing poker, and he began to play professionally in 2009 (his first foray into poker was at the University of Florida).

In the 2009 World Series of Poker Main Event, he finished 180th with winnings of $36,626. This performance, and also being called one of the funniest poker players by Bluff Magazine, got him a $1 million sponsorship with Victory Poker.

Instead of focusing on sanctioned poker events, Dan has mainly played in private cash games where he has reputably won millions of dollars. He turned an initial $750 investment into over $187,000, and he also claims to have won $10 million in Las Vegas.

He has also helped many poker players cover the cost of the buy-in for poker tournaments in exchange for a percentage of their winnings. For example, he funded Jay Farber with $2,000 for the 2013 WSOP main event in exchange for 20% of his overall winnings at the tournament. Jay went onto win $5 million, which landed Bilzerian $1 million.

Dan Bilzerian founded the company Ignite which sells cannabis-based products such as CBD oils and electric cigarettes. The company began business in 2019 and was said to have lost $50 million in its first year due to lavish marketing and other expenses. The initial share price for Ignite was $2.50, although this plummeted to 54 cents.

However, in 2020, Ignite started to make money and in q4 generated $10.1 million in revenue. The company has also begun to channel their energy on other areas aside from cannabis products and are launching vodka brands and tequila.

Beyond poker and his business ventures, Dan Bilzerian has also run many charitable initiatives. The Robin Hood Project helps people who are in need of financial assistance. He raised over $100,000 for charity in 2015 when he set up a poker tournament that was attended by many celebrities, including Vin Diesel. The winner got tickets to the Pacquiao vs. Mayweather fight, and the money raised went to aid brain research.

Dan Bilzerian’s company Ignite did look as if it was destined for failure after a miserable first trading year when it reportedly lost $50 million. However, it had a strong 2020 and is about to venture into different markets.

Victory Poker that he signed a sponsorship deal with in 2010 on the back of his performance and personality in the World Series of Poker Main Event folded less than 18-months after it was launched. Even though Dan wasn’t involved in setting up the company (Dan Fleyshman founded it), Victory Poker wasn’t able to capitalize on its impressive roster of poker professionals.

J Aubrey is an American Youtuber who explores Dan Bilzerian’s wealth claims and career, calling him ‘The Biggest Fraud on Instagram’.

J Aubrey is an American Youtuber who explores Dan Bilzerian’s wealth claims and career, calling him ‘The Biggest Fraud on Instagram’.

A look at Dan Bilzerian’s life and career including his many ups and downs.

Explore Dan Bilzerian’s former home with CNBC as they look at the $65 million mansion that he had on a ‘lease to buy’ basis.

Watch Dan Bilzerian playing poker at the WSOP Main Event in 2009 where he finished 180th with winnings of $36,626.

His father, Paul Bilzerian, made millions in the 1980s working as a corporate takeover specialist; however, he was eventually found guilty of tax and security fraud and declared bankruptcy in 2001. He did set up a trust fund for Dan and Adam, and this where much of Dan’s wealth had reportedly come from. His mother is called Terri Steffen.

Dan Bilzerian’s net worth is estimated to be $200 million, and this has risen from a reported $50 million in 2013.

A breakdown of his net worth growth is: 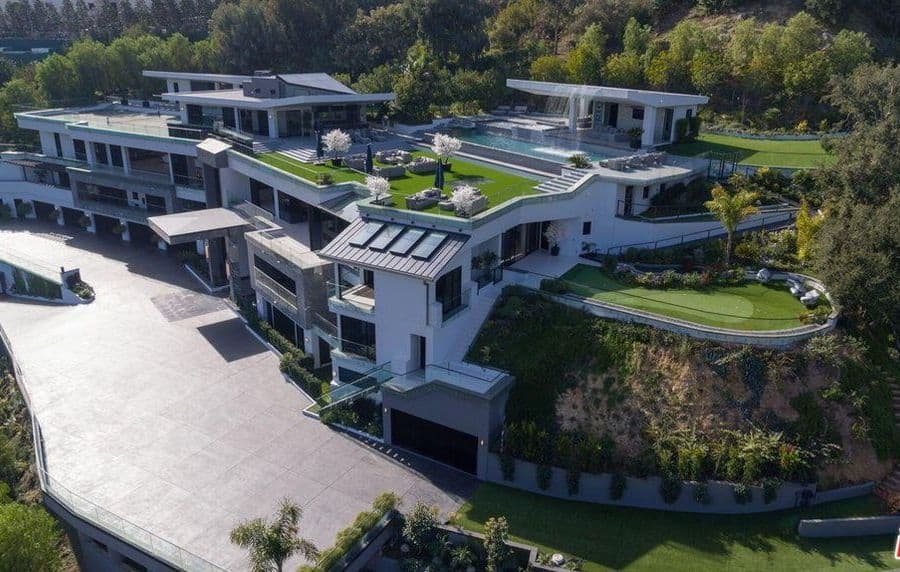 In 2014, Dan purchased a house in Summerlin, South, Nevada, for $4.1 million. He sold the 5-bedroom property three years later for a $1 million profit and went on to buy another property in the same area for $10 million.

He has also rented a 12-bedroom Bel Air mansion for a reported $50,000 per month alongside a property in Hollywood Hills for $39,000 per month. His current property has a two-lane bowling alley, movie theater, five bars, and a sizeable wine cellar.

Dan Bilzerian isn’t without controversy and he has made many unsubstantiated claims about his life and wealth.

He has been involved in several legal issues including suing the producers of the film Lone Survivor as he stated his investment guaranteed him 8 minutes of screen time (this was shortened to less than one minute in the final cut). He was also involved in an altercation with model Vanessa Castano in a Miami nightclub and was sued for $1 million.

Bilzerian was arrested at Los Angeles International Airport in 2014 and charged with “violating a law making it a crime to possess an explosive or incendiary device with the intent to manufacture it”. He was eventually fined $17,231.50.

There have been many claims about Bilzerian highly exaggerating his wealth (including winning $10.8 million in a single poker session). His company, Ignite, is said to have actually owned his homes while also paying for his lavish lifestyle. Many people have attributed this to the business losing a reported $50 million in its first year.

He is known as a gun fanatic and is said to own a large collection. Bilzerian once fired a 50-caliber machine gun at an RV causing it to burst into flames, and he suffered two heart attacks before the age of 30 due to his lifestyle.

“In poker, it’s tough, it’s tough to manage your money. Because you don’t know. You can go out and play great and still lose. You can get your money in with the best hand and still get unlucky.”

“Climbing the mountain is always more fun than sitting at the top. It’s just that you have to find different mountains to climb, people are going to love you, people are going to hate you. When you’re in the public eye, it’s just something that comes with the territory.”

Answer: Dan Bilzerian is Armenian-American. He was born in Tampa, Florida, but has Armenian descent through his father. Dan, his brother Adam, and his father Paul, went to Armenia to take their oaths for Armenian citizenship in 2018.

Question: What is Dan Bilzerian’s net worth?

Answer: Dan Bilzerian’s net worth is estimated to be $200 million. He has reportedly won millions playing poker; however, his father had set up a trust fund for him and his brother. He is also the founder of the cannabis product company, Ignite.

Answer: No, Dan Bilzerian is not currently married.

Answer: Dan Bilzerian joined the Navy in 1999 and underwent SEAL training, although he didn’t graduate.

Answer: Dan Bilzerian mainly focuses on private poker events (he has claimed to have won millions), but he did enter the 2008 World Series of Poker Main Event, where he finished 180th.

Question: Is Dan Bilzerian an actor?

Answer: Dan Bilzerian has appeared in several films. This includes parts in Olympus Has Fallen, Lone Survivor, The Other Woman, The Equalizer, Cat Run 2, Extraction, and War Dogs.

Question: Where does Dan Bilzerian Live?

Answer: Dan Bilzerian lives in Las Vegas, Nevada, although he has previously rented property’s in Bel Air and Hollywood Hills.