Jonas Max Ferris came to the limelight in 2002 after appearing as a panelist on the stocks investment show “Cashi’ In” that aired on Fox Business Network.

But, other than glazing our screens, he is a man of many different hats, including those of an investment advisor, economist, and economic analyst.

He also offers financial services and advice, about the stock market, to consumers through MAXFunds.com, a website he co-founded with a former classmate.

He’s thrust into the global spotlight is partly because of his comments regarding the murder of Jamal Khashoggi, the TV dramas he produced, and his rise to be the face of economic analysis of a national broadcasting channel.

To better get to know more than just the face behind Jonas Max Ferris’s name, we delve deep to bring you all you need to know about him. Let’s start with his biofacts;

Max Ferris was born to North American parents, were artists on 13 September 1971 in Southfield, Massachusetts. The economist grew up in Greenwich Village, New York City, before joining Manhattanville College. Max Ferris fancied pursuing a role in the film industry as an actor when growing up.

However, when joining the college in 1993, he let go of his childhood dream of being an actor for a career as an economist, a field he had become passionate about. He later graduated from college and went to work on to work with several funds within America.

After graduation from the University of Georgia Business School in1997, he and a classmate co-founded the Maxfunds.com website. Currently, Jonas Max is the website’s editor that offers investment advice and stock market analysis to consumers.

After graduation from the University of Georgia Business School, Jonas Max worked for Bull & Bear Fund, a global macro fund whose mission is to help clients manage their assets wisely to achieve their financial goals.

Jonas Max Ferris started his media career in 2002 when he joined Fox News (check Arianna Huffington, another prominent media personality) as a Fox Business panelist. Since then, his fame has progressively grown, earning him a seat in most investment shows across America. As of the writing of his Biography, he still a Fox news economic analyst.

Together with a former university classmate, Jason Burr, Jonas set up Maxfunds.com that later got registered as a company. Unlike most popular publications, the company often features small and new funds navigating the murky roads with the hope of a global presence.

The company’s platform conveniently avails percentages for consumers to invest in each mutual funds and packages the investment portfolio a given consumer follows in their brokerage accounts to enable investors to invest in their preferred portfolio wisely.

Jonas Max was a panelist for the American business analysis show Cashin’ In. Together with his current wife Dogan MacDowell, Jonas often held a fun faceoff that was mutual and informative to the viewers.

Chances are, the two were picked to be co-panelists because of their naturally argumentative nature that left viewers both informed and entertained. At the time of the show, his current wife Dogan, was still legally married.

Your World With Neil Cavuto 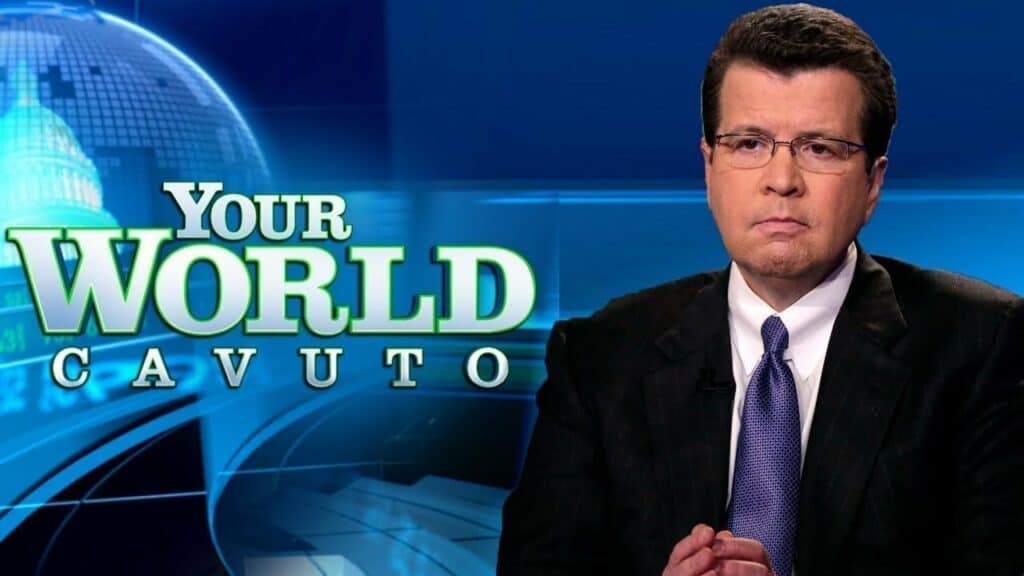 The weekly show that Neil Cavuto hosts, he is FNC’s business news senior vice president, often have Jonas as a guest panelist.

Money with Melisa Francis is a daily business program hosted by actress come Journalist Mellissa Francis. The show focuses on everyday happenings that influence how the taxpayers, especially how they conduct business.

As an economist and economic investor, Jonas was an obvious panellist who constantly featured in the published author’s discussions (Mellissa Francis) held for the better part of 2013.

His frequency on these prime shows and publications has also seen him invited on numerous financial advice programs hosted across different shows and programs.

Bulls and Bears was one of the longest shows that aired on Fox Business Network. The show was for the longest time hosted by the late Brenda Buttner (2002 – 2016) until her demise as a result of cancer.

The show was re-introduced and was hosted by David Asman. It got canceled again and came back in March 2020. Being an informative talk show, it always had a balanced cast of panelists, one of whom was Jonas Max Ferris, who gave the economic perspective.

The show later got permanently halted after it had morphed into Cavuto Live.

Jonas produced and is credited with being the Executive Producer of this 2014 drama. The drama is a holocaust kind of show that cuts across different facets of life, including religion, ethnicity, and the value of second chances to human beings.

Other Movies and Shows

Jonas also played a role in producing the movies Bulls &Bears that premiered in 2004, The Evening Edit that debuted in October 2014.

This 2016 rhetoric question had two of the most seasoned guests; Jonas Ferris and Stephen Leeb. The two weighed in on the current state of the economy and the possible direction it could take.

Equally important was the historic withdrawal of a significant market, the United Kingdom, from the European Union and an increased caution to invest in the stock market.

Let’s face it; oil is one of those commodities whose price fluctuations have ripple effects felt across all sectors of the economy.

Who better to explain how that volatility would likely affect investments other than veteran investment advisor Jonas Ferris and wealth management expert Ty Young?

The trade wars erupted after the Trump administration slapped goods from China, Canada, among other EU Nations tariffs worth billions. The countries responded in kind by imposing retaliatory tariffs on US goods (get inspired by these 14 influential business operators).

Little is known about Ferris’s life before his appearance on the Fox News channel as a panelist in 2002. However, on joining the news channel, he found favor and love in his co-panelist, Dagen MacDowell.

The panelist, a seasoned business host, held informative arguments with Ferris, with whom they briefly dated before tying the knot in 2005.

Similar to Ferris, MacDowell had her marriage life away from the public. To date, it has never been clear to who she was married to. According to celebrity.com, however, her affair with Ferris might have been the cause of her divorce from her ex-husband (whose identity is still a mystery).

The two have no children 15 years into the marriage (you think 15 years is long, check Paul Pelosi’s biography and marriage life ). However, they have a dog for a pet named Ramon. The two often plaster their Instagram accounts with pictures of their chihuahua dog “Ramon”.

Jonas is often quoted saying he is a passionate dog lover and refers to himself as a dog wrangler.

Jonas has managed to keep his love life and family away from the glare of the media. But, of course, this is other than the marriage he has to MacDowell, a business news anchor. 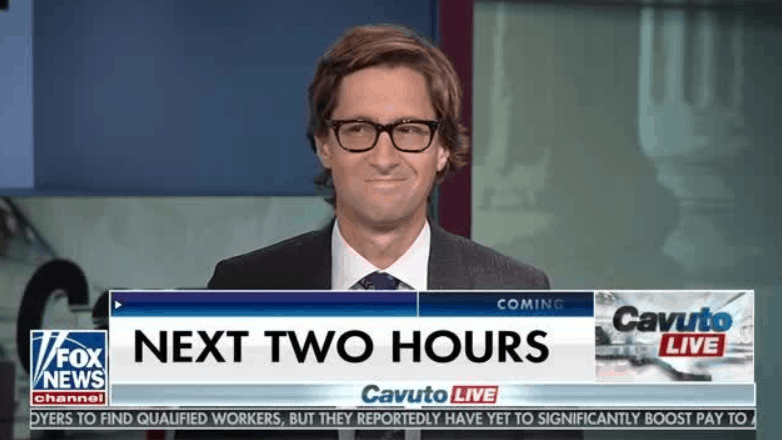 According to celebritynetworth.com, Jonas has a net worth of $5 million. Most of his wealth has accumulated over time from his diverse ventures, including being a show panelist, journalist, and website Maxfund.com.

A significant portion was also obtained from the movies he produced, most of which have aired through Amazon’s IMDb. Though not currently available, his current salary lies in the $7300 to $133,000 range, which most economists earn.

Ferris leads a flashy lifestyle that is bankrolled by his glamorous profession; Economist.

Jonas has done a pretty good job keeping his life, family, salary, and other business ventures a mystery. This is other than Maxfund.com which is publicly registered under his name.

“All you can eat “Frankenfish”! “DRI” swims up 10 percent November.”

“Saudi Arabia is one of the safest places to be as a journalist in the world.”

“….. it’s primarily income taxes and capital gains taxes, and you look at hiring and lowering the cost of hiring employees…..”

“There have been double-digit health care increases for the last 20 years and not just Obama care.”

Question: What does Jonas Max Ferris do, and who is he?

He hosts a show at Fox News Channel that focuses on the economy and investment, he is also the editor of Maxfund.com and frequently writes articles that get featured on Foxnews.com, New York Post, and other financial publications.

Answer: Yes, the couple is still married after they tied the knot in 2005 after meeting on the “Cashi’ in” set. At the time of the meeting, 2002, Dagen was married to her ex-husband; his identity is still unknown, but she divorced him before remarrying Jonas. The couple had a private wedding ceremony attended by close friends and family only.

Answer: Rumors of Jonas Max being critically sick made rounds sometime back. However, there was no credible proof of the Fox Business panelist being ill.