He was born and grew up in a working-class Jewish family in Pittsburg, Pennsylvania, and developed his business skills at an early age by selling garbage bags, coins, and stamps. During the strike, he made money at the Pittsburgh Post-Gazette by shipping in newspapers from other areas to sell.

He made his first millions by selling his first company, MicroSolutions, to CompuServe for $6 million in 1990. In the mid-1990s, Cuban joined Audionet (later Broadcast.com), which was eventually sold to Yahoo! for $5.7 billion worth of stock. In a shrewd business, move Cuban sold all his Yahoo! stock for $2.5 billion just before the dotcom bubble burst.

He bought the Dallas Mavericks in 2000 and also has significant stakes in both Amazon and Netflix. Cuban has been appearing on the TV reality show Shark Tank since 2011 and has invested nearly $20 million in companies pitched on the program. 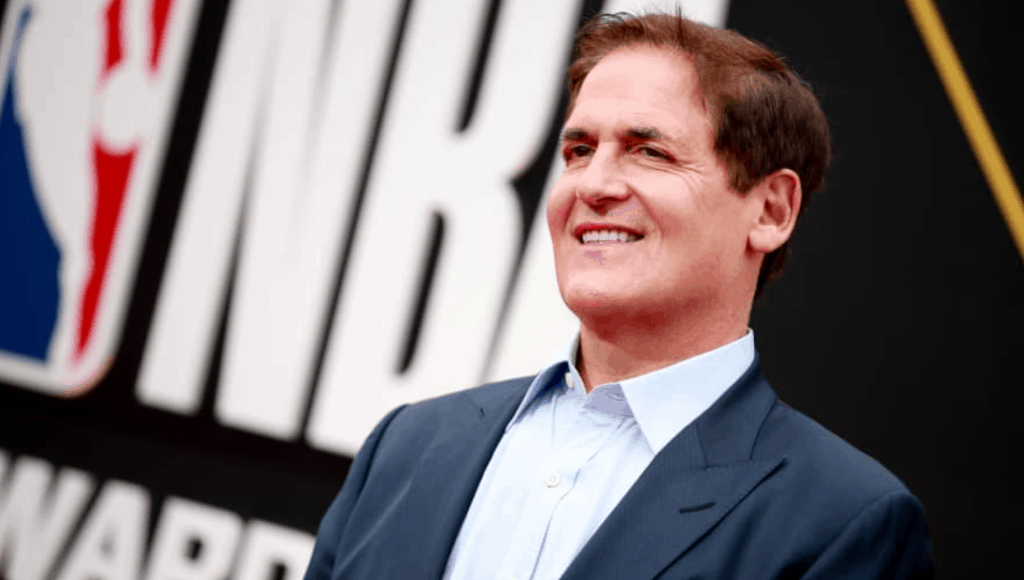 On July 31, 1958, Mark Cuban was born in Pittsburgh, Pennsylvania, to a working-class Jewish family. His father, Norton, worked as an automobile upholsterer.

Cuban began making money from an early age. When Cuban was just 12 years old, he sold garbage bags (each pack netting him a $3 profit) and started making money by selling stamps and coins. When staff from the local newspaper, the Pittsburgh Post-Gazette, went on strike when Cuban was 16, he brought in newspapers from another city and sold them to residents in the area.

Rather than complete his senior year at high school, Cuban studied at the University of Pittsburgh before moving to Indiana University to study business after one year. During his college years, Cuban was involved in many different business ventures, including offering dance classes on campus and running a bar.

In 1981, Cuban graduated with a B.S. in Management and moved to Dallas, Texas, to start his business career.

One of Cuban’s first jobs was with Your Business Software as a salesman. The company was one of the earliest PC software retailers in the area; however, Cuban was fired after a year when he met a potential client rather than open the store.

His first company, MicroSolutions (a software reseller and system integrator), grew rapidly and brought in $30 million in revenue by 1990. Then, Cuban sold the company to CompuServe for $6 million, making him a millionaire as he received $2 million from the sale.

Cuban joined Audionet with Todd Wrangler in 1995. The company had been set up by Chris Jaeb in 1990 and worked as an internet radio company by having the rights to broadcast professional sports games live on the Internet. The company eventually morphed into Broadcast.com in 1998 and started to gain interest from the internet giant Yahoo!

Broadcast.com was bought by Yahoo! for $5.7 billion in stock. As a clear demonstration of Cuban’s business acumen, he sold all his Yahoo! stock for $2.5 billion in cash. At the time of his sale, the stock price for Yahoo! was $163 per share; however, by October 2001, it had dropped dramatically to $8.11 per share. Cuban’s forward-thinking and anticipation of the dotcom bubble bursting is said to be one of the smartest financial moves in business history (consequently, Yahoo! buying Broadcast.com has been described as one of the worst acquisitions of all time). Had he held onto his Yahoo! stock, it could have been worth as little as $125 million just a couple of years later.

Now a billionaire, Cuban has been able to fund and invest in various start-ups. This included IceRocket, a real-time search engine, RedSwoosh, a peer-to-peer file-sharing company, and Weblogs that was sold to AOL for $25 million in October 2005.

Cuban has been a regular on ABC reality program Shark Tank since 2011. The show allows would-be entrepreneurs to pitch to investors for a stake in their company. In total, he has invested nearly $20 million through the show with varying levels of success for the companies he has given money to. Cuban is also associated with Landmark Theatres, which he purchased in 2003, and Magnolia Pictures (a film distribution company).

Cuban bought the Dallas Mavericks from H. Ross Perot, Jr in January 2000 for $285 million. The team won the 2011 NBA Final (although they have a sketchy record of success in the 20 years of Cuban’s ownership). However, as a business, the team is now estimated to be worth $2 billion.

Mark Cuban owns $1 billion worth of Amazon stock, and he stated that he also has a significant investment in Netflix.

Mark Cuban shares tips with Vanity Fair on saving money, getting a better return on your investments, and how to build wealth.

Find out how Mark Cuban became a billionaire with this video from Bloomberg Quicktake.

Mark Cuban answers questions from Twitter users, including How do you start a business with no money? and How does a business gain a customer’s trust? 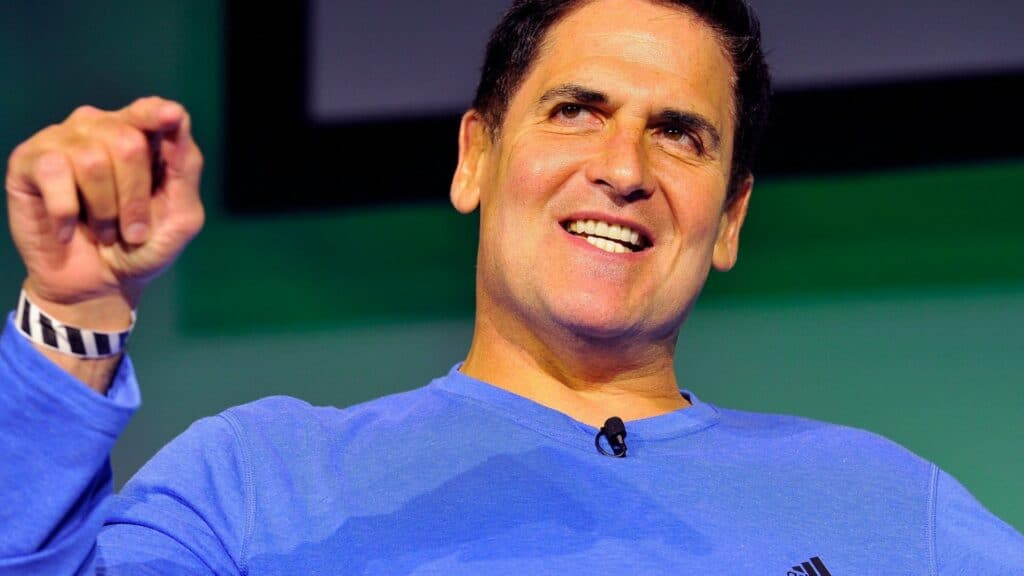 Cuban was fired from Your Business Software for meeting a potential client and not opening the store. This and striking a possible deal without the CEO’s approval caused him to lose his job, and Cuban has described having several positions in his youth that resulted in a quit or be fired scenario.

He has invested nearly $20 million in companies that have pitched on the reality show Shark Tank. Not many have gone on to have any notable success; however, GrooveBook, an app that lets users order physical prints of social media posts in a photo book, sold for $14.5 million in 2015 (Cuban and Kevin O’Leary owned 80% of the licensing rights).

He also started his own TV show, The Benefactor, where 16 contestants tried to win a $1 million prize. The show flopped and only ran for six episodes before being canceled.

In 2008, the U.S. Securities and Exchange Commission (SEC) filed a civil suit against him in relation to insider trading. It was alleged that Cuban avoided a loss of $750,000 by stock dilution in 2004. The chargers were dismissed in July 2009, and a federal jury in Texas also found him innocent in 2013.

Cuban has also been involved in many controversies within the NBA. He has been fined more than $3 million, and this has included:

Cuban has stated that he matches the fines from the NBA with donations to charity. 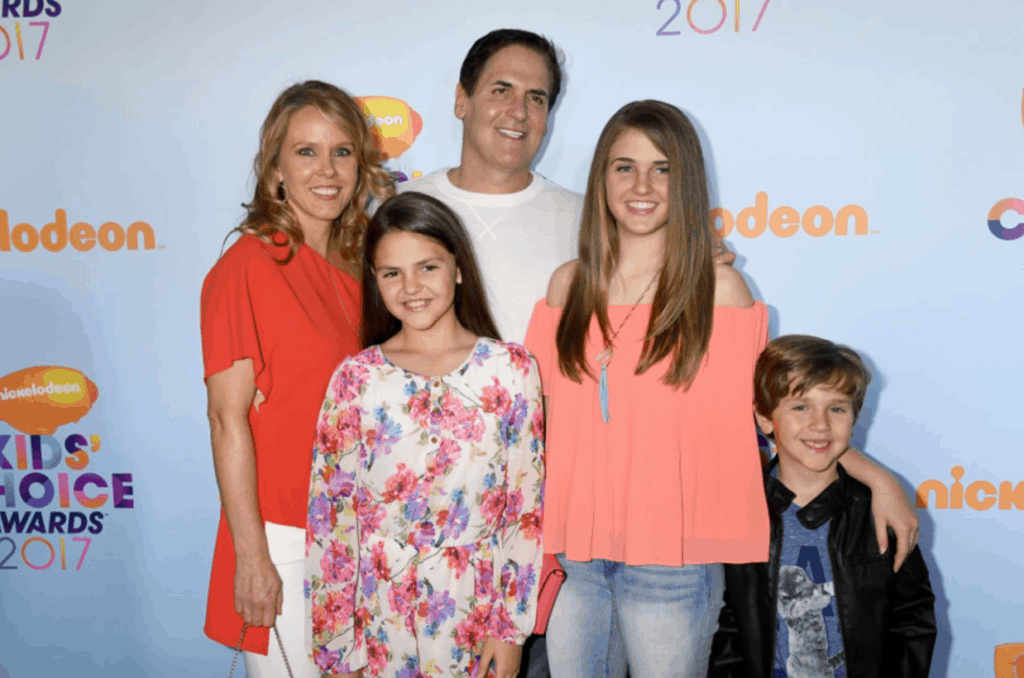 Mark Cuban was born to Norton and Shirley Cuban, working-class Jewish parents in Pittsburg, Pennsylvania. He has two siblings, Brian and Jeff. Brian Cuban works as a lawyer and activist, while Jeff is the executive vice president of HDNet.

Cuban married Tiffany Stewart in 2002, and they have three children together – Alexis Sofia, Alyssa, and Jake.

Mark Cuban has a net worth of $4.5 Billion and reportedly has a yearly salary of $40 million.

He became a millionaire in 1990 when he sold MicroSolutions to Compuserve (it landed him $2 million), and much of his wealth came from selling 100% of his Yahoo shares just before the dot com bubble burst. He received $2.5 billion for the sale of his shares, and this has allowed him to invest in many businesses and buy the Dallas Mavericks.

Cuban lives with his family in a 24,000 square foot mansion in the Preston Hollow area of Dallas, Texas. The sprawling property features ten bedrooms and 16 bathrooms and is said to be worth $19 million.

He also owns a vacation home in Laguna Beach, California. Cuban bought the 7,867 square foot home for $19 million in 2018, and it features six bedrooms and 10 bathrooms.

“It’s not whom you know. It’s not how much money you have. It’s very simple. It’s whether or not you have the edge and have the guts to use it”

“You have to figure out what works for you”

“In business, to be a success, you only have to be right once”

Question: When did Mark Cuban become a billionaire?

Answer: Mark Cuban became a billionaire when he sold his entire stock in Yahoo! For $2.5 billion. He acquired the stock when Yahoo! bought Broadcast.com and sold it when he anticipated the dot-com bubble bursting.

Question: What was Mark Cuban’s net worth?

Answer: Mark Cuban’s net worth is $4.5 billion. He is said to have a yearly salary of $40 million.

Question: Who is Mark Cuban married to?

Answer: Mark Cuban married Tiffany Stewart in 2002, and they have three children together – Alexis Sofia, Alyssa, and Jake.

Question: Where does Mark Cuban live?

Answer: Mark Cuban splits his time between his 24,000 square foot mansion in the Preston Hollow area of Dallas, Texas, and a vacation home in Laguna Beach, California, which he purchased for $19 million.

Question: How much has Mark Cuban invested in Shark Tank?

Answer: Mark Cuban has invested nearly $20 million in different companies and startups in Shark Tank. One of his notable successes has been investing in Groovebook, which was sold to Shutterfly For $14.5 Million in 2015.

Question: Does Mark Cuban own the Dallas Mavericks?

Answer: Yes. Mark Cuban bought the Dallas Mavericks from H. Ross Perot, Jr in January 2000 for $285 million. The team is now worth around $2 billion; however, sporting success has been hard to come by, although they did win the 2011 NBA Final.