Her latest venture – Thrive Global – a consulting firm with an emphasis on science-backed solutions to wellbeing – has an estimated valuation of $120 million.

She was previously married to former Republican Congressman Michael Huffington, and the pair divorced in 1997. She has two children and one sibling, Agapi, who is a best-selling author and inspirational speaker. 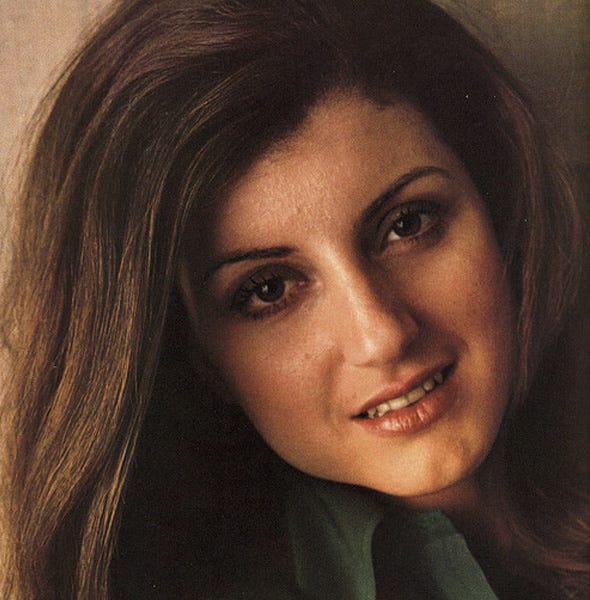 Arianna Huffington (then Ariadnē-Anna Stasinopoúlo) was born on 15th July 1950 in Athens, Greece. Her parents, Konstantinos and Elli, divorced when Arianna was young, and her father worked as a journalist and management consultant.

She was raised alongside her sister Agapi, who has successfully pursued a career as an author and inspirational speaker. When Arianna was 16, the family moved to the United Kingdom, where she studied economics at Cambridge University. Arianna was the president of the Cambridge Union and became the first foreign and third female person to achieve this.

She also studied in India, and in the 1970s, she was romantically involved with author Bernard Levin (described as ‘the most famous journalist of his day’). She began her career as a writer under Levin’s guidance, and her first book, The Female Woman, was released in 1973.

In 1980, she relocated to New York mainly due to Levin’s reluctance to marry or have children, and it was in the 1980s, she met her future husband, Michael Huffington.

Her first business success was her desire to create an alternative news platform. This led to her co-founding the Huffington Post in 2005 alongside Kenneth Lerer, Jonah Peretti, and Andrew Breitbart.

The platform published work from both unpaid bloggers and staff writers. It rose rapidly in prominence, and after the first year, the company received $5 million worth of capital from SoftBank, a Japanese multinational conglomerate. The website continued to grow, and local editions in Chicago, New York, and Denver were released in 2008.

HuffPost now has a worldwide presence with the UK and Canadian editions and Spanish, German, Italian, and French versions.

In 2011, The Huffington Post (now known as HuffPost) was bought by AOL for $315 million. This landed Arianna $100 million as she owned 30% equity. After the acquisition by AOL, she stayed with The Huffington Post and became the President and editor-in-chief until her departure in 2016. 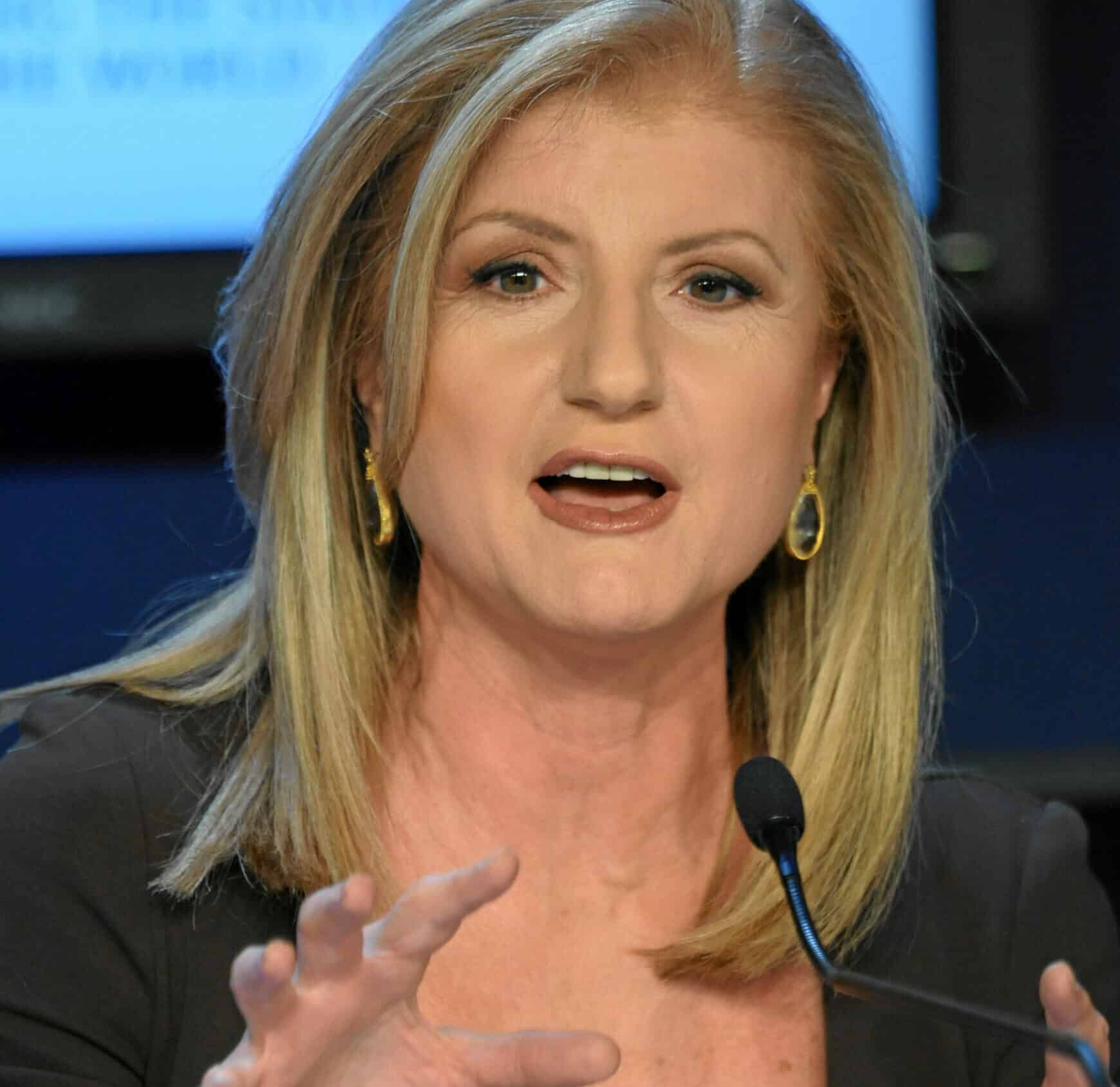 Since 2016, she has been focusing on her new venture, Thrive Global. This consulting firm has a focus on wellbeing through science-backed solutions. Since its inception, it has grown considerably since its inception with an initial $7 million in funding in 2016 and secured an additional $30 million funding one year later. The company has been named on the list of the top 50 startups and has since gone on to work with Samsung and SAP to promote employee wellness programs.

Ted Talk – How to succeed? Get more sleep | Arianna Huffington

Even though Arianna’s main business focus until 2016 was The Huffington Post, which has been highly successful, not everything has gone smoothly.

For example, one of her significant initiatives, which ultimately failed, was HuffPost Live. $12 million was spent on the project, aiming to venture into real-time internet broadcasting with eight hours of live streaming content per day. Unfortunately, HuffPost Live failed to generate the attention it was created for, and it ceased producing new live content in March 2016.

Another initiative at The Huffington Post that was widely viewed as a failure was ‘What’s Working.’ This project aimed to showcase ideas, solutions and highlight inspirational news. However, it was mainly seen as a method to generate ad revenue and didn’t have much of an impact.

While Arianna has always had a sizable media presence and appeared on numerous political shows on the BBC and public radio, she unsuccessfully stood as an independent in the 2003 recall election of Gray Davis, who was the California Governor at the time. While she dropped out before the election took place, her name remained on the ballot box, and she received less than 1% of the vote (47,505 votes). The election was ultimately won by Arnold Schwarzenegger.

In 1986, Arianna married Michael Huffington, who would go on to become a Republican Congressman in California.

They met in 1985 after she relocated to America following her time studying in India. Michael Huffington was elected to the House of Representatives in 1992; however, he narrowly missed out on being elected to the Senate in 1994 after losing to the Democratic incumbent Dianne Feinstein by 1.9% of the vote.

Arianna and Michael divorced in 1997, and they have two children – Isabella and Christina. 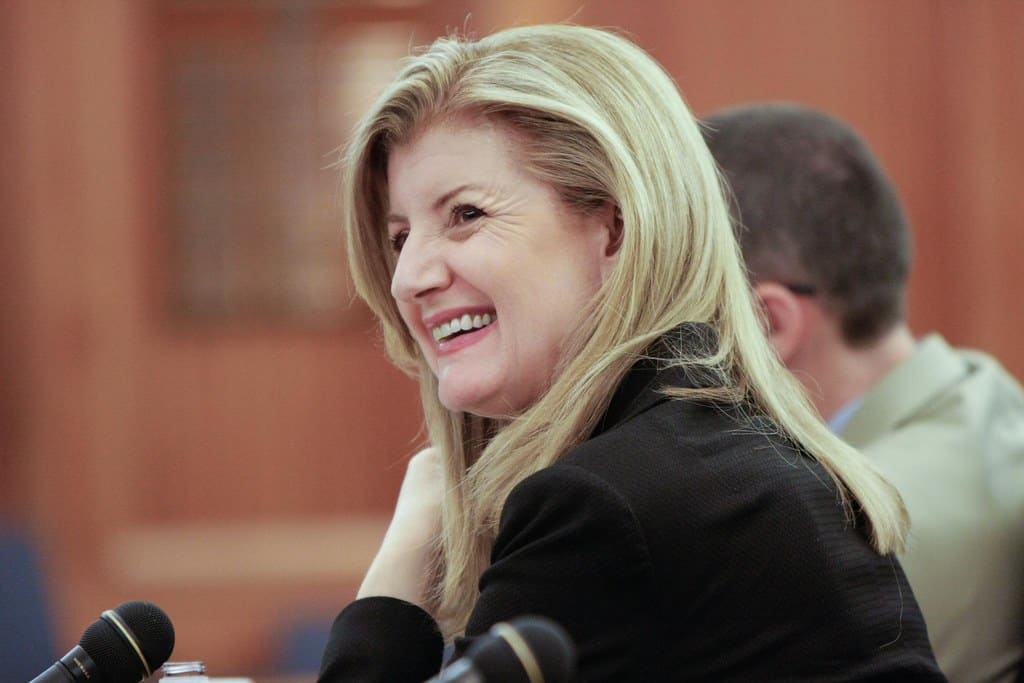 Arianna’s net worth is estimated to be $100 million. The Huffington Post, which she was a co-founder alongside Kenneth Lerer, Jonah Peretti, and Andrew Breitbart, was sold to AOL for $315 million in 2011.

She founded Thrive Global in 2016, which has an estimated valuation of $130 million.

In 1997, Arianna bought an 8,000-square-foot home in Brentwood, California. It is located in the East Bay region of San Francisco, and she bought the property for $4.1 million after her divorce from Michael Huffington.

Aside from her Brentwood home, she also purchased an $8.1 million, 4,177-square-foot apartment in the SoHo area of Manhattan.

“We think mistakenly that success is the result of the amount of time we put in at work, instead of the quality of the time we put in.”

“Failure is not the opposite of success; it’s part of success.”

“We need to accept that we won’t always make the right decisions sometimes and that we’ll screw up royally sometimes.”

Question: Where was Arianna Huffington born?

Answer: Arianna Huffington was born in Athens, Greece, in 1950. She moved to the United Kingdom when she was 16 and has subsequently lived in India and the United States.

Question: What is Arianna Huffington’s net worth?

Answer: Arianna Hugginfton’s net worth is estimated to be around $100 million, primarily due to the acquisition of the Huffington Post by AOL in 2011.

Answer: Arianna Huffington was married to Michael Huffington between 1986, and they were divorced in 1997.

Answer: She studied economics at Cambridge University between 1968–1972. During that time, she was the first foreign president of the Cambridge Union. She also spent time studying in India.

Answer: No. Arianna Huffington officially left The Huffington Post (now called HuffPost) in 2016. Before that, she was the co-founder and became President and editor-in-chief after the acquisition by AOL in 2011.

Question: How many books has Arianna Huffington written?

Answer: Arianna Huffington has authored 15 books. Her first was called The Female Woman and was published in 1973, with her most recent book, The Sleep Revolution: Transforming Your Life, One Night at a Time, being published in 2016.

Question: Where does Arianna Huffington Live?

Answer: Arianna Huffington has a home in Brentwood, California, purchased for $4.1 million in 1997. She also has an apartment in SoHo, Manhattan, after purchasing it for $8.1 million in 2013.