Gary Vaynerchuk is an entrepreneur who can smoothly drift from one niche to another, succeeding in anything he pursues. This Belarusian-American wine critic turned startup-ist turned digital media mogul is indeed an inspirational man and one of the richest.

Let’s look at his remarkable life story and see what drives him towards success and fuels his endless energy. 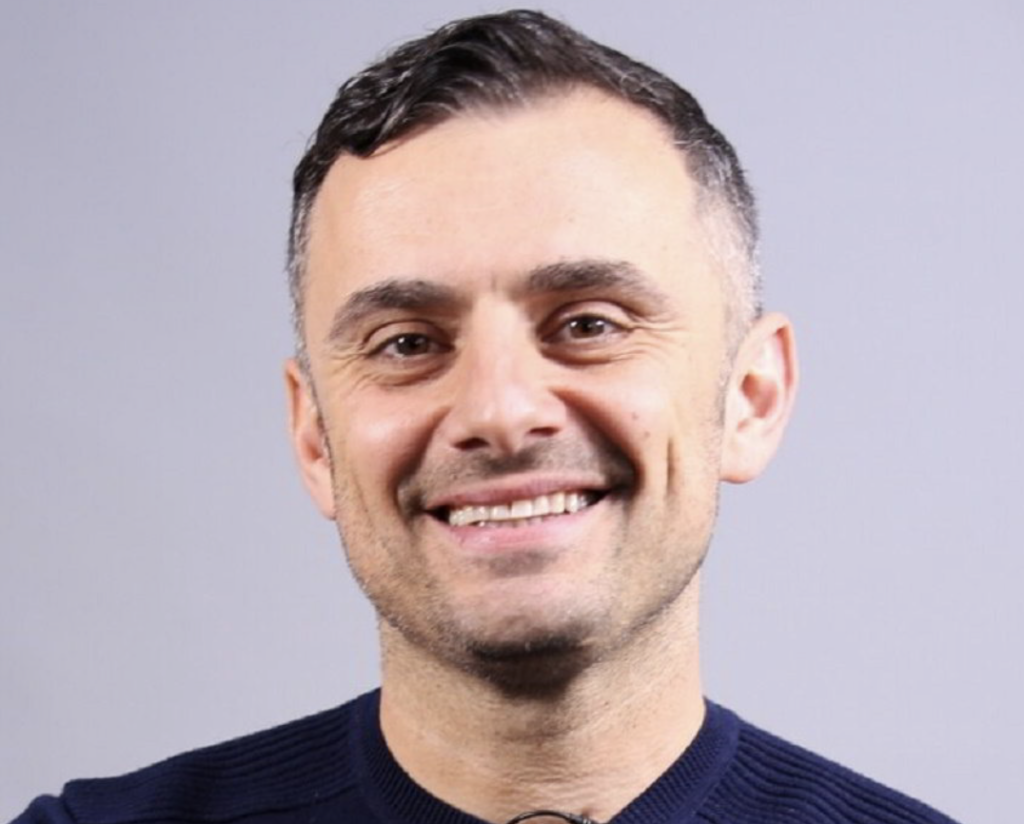 Gary Vee was born Gennady Vaynerchuk on November 14, 1975, in Babruysk, which was part of the Byelorussian SSR and incorporated into the Soviet Union. The city (currently home to about 219,100 inhabitants) lies in east-central Belarus, on the bank of the Berezina River.

Gary comes from an Ashkenazi Jewish family. He recalls his family suffered greatly under the socialist regime and faced severe existential problems. For example, his mother, Tamara, lost her mother at the age of 5, and her father struggled to make ends meet.

Tamara married Gary’s father, Sasha, at a young age and emigrated with his family to the U.S. when Gary was just three years old, first settling in Queens, New York. Sadly, Tamara’s beloved father passed away before joining them.

In the beginning, the Vaynerchuk family of eight had to squeeze into a small studio apartment, but they later moved to a bigger place in New Jersey, where Gary’s father worked at his relative’s liquor store.

At that time, Gary already had a brother called AJ, who now collaborates with him in his media projects and also runs his own sports representation company. Soon after emigration to the U.S., Gary’s sister Elizabeth (“Liz”) was born, who now works in real estate.

Gary had a sixth sense for business from his early childhood. First, he was selling lemonade on the streets and baseball collectible cards just like many other boys of his age. At 14, his relatives already invited him to join the family business because of his talent for sales and eye for good deals.

When Gary occasionally speaks or writes about his childhood, he always expresses gratefulness to his parents, who raised him in an atmosphere of empathy, love, perseverance, and orientation on goals. Gary believes he wouldn’t be able to achieve any of his success without this experience.

Gary Vaynerchuk went to North Hunterdon Regional High School in New Jersey. In 1988, he graduated with a bachelor’s degree in management science from Mount Ida Campus of UMASS Amherst (defunct since 2017).

Although Gary achieved higher education, he is a vocal critic of the American educational system. He openly says that children are forced to memorize instead of understanding while they can often learn much more outside the school than in their classrooms.

The entrepreneur also encourages young people not to concentrate on education as the only viable way to success, teaching them that skills and talent can often get them just as far – or even further.

Despite all the criticism, college reportedly wasn’t all just wasted time for Gary Vaynerchuk. It was, for example, the first time he met with the internet and started exploring its potential for making some profit.

Gary also discovered the large community of people collecting wines during his studies, which inspired him to improve his own family business within this niche.

The wine was the primary source of income for the whole extended Vaynerchuk family from the beginning. Although the business was quite successful even before Gary joined in, he turned a middle-sized company into first-class boutique retail sought after all across the country.

Gary reportedly helped his father’s business grow from $3 million to $60 million annually – yes, that is a twentyfold increase! How did he manage to pull off such an incredible stunt?

First of all, he renamed the somewhat thrifty store called Shopper’s Discount Liquors to Wine Library. Thanks to understanding the potential of the internet, Gary also created and managed an online shop for the business.

In 2006 Gary started Wine Library TV, a daily YouTube vlog covering wines. This was the beginning of his bright future in social media, but it also immensely helped the family business itself, as it drew thousands of new customers to the store and massively improved its reputation.

Despite all the success, Gary didn’t stop here. In 2011, after airing 1,000 episodes of Wine Library TV and skyrocketing his father’s business, Vaynerchuk ended both the show and his engagement with the family business to move on in a new direction.

Although Gary ended his popular YouTube vlog, he did not plan to leave the digital media altogether. In fact, he did the exact opposite by establishing a social media-focused digital agency VaynerMedia along with his brother AJ.

Like Gary’s wine business, VaynerMedia grew quickly. In about seven years, the company had more than 600 employers; it was A-listed by analytics from Ad Age and grossed about $100 million in revenues.

The company based in New York runs under VaynerX, LLC, a holding owned and managed by Gary Vaynerchuk as well. Under this holding, Vaynerchuk also runs subsidiaries like the Sasha Group consulting firm, a production lab Eva Nosidan, and event planning agency Vayner Speakers.

Gary also appeared alongside will.i.am and Gwyneth Paltrow in Planet of the Apps, the Apple TV’s reality television-style show where young developers brought their app ideas and competed for an investment

As of May 2022, Gary Vaynerchuk has published seven books. His first one, Gary Vaynerchuk’s 101 Wines (2008), focused on wine. His later works were about entrepreneurship, social media, or business and succeeding in it in general, typically offering motivational advice and practical tips.

His first bestseller titled Crush it! Why NOW Is The Time to Cash In On Your Passion (2009) remains his best renowned and most popular book. At the time of its release, it was one of the first publications discussing the potential of social media platforms like Facebook, Tumblr, and Twitter.

In this inspirational interview for MulliganBrothers, Gary explains his life perspective and appreciation for all the advantages we as a society have, although we often don’t see or understand them. In his speech, Gary addresses especially millennials and challenges the phenomena of procrastination.

In this 2021 keynote from Edmonton, Canada, Gary covers many topics, from hard skills, vulnerabilities of small businesses, or growth to finding the right balance between work and private life and being genuinely happy and grateful. It’s one of his most acclaimed speeches ever.

If you’re trying to grasp Instagram marketing, this explanatory video by Gary Vaynerchuk will undoubtedly help you out. It is full of super-practical tips you can try right away, but it also highlights the importance of perseverance and patience.

Gary Vaynerchuk appears to be unmistakable. Regardless of the goal he pursues, he always seems to succeed – and make a fortune. Nevertheless, this self-made millionaire openly admits that each of his successes results from many previous failures, refusals, and wasted efforts.

But the key, according to Gary, is not to see your failures as a result but as one of the means to success. Getting used to failing without giving up on your hard work is an important lesson to learn.

“I was fortunate – I was a failure my whole life,” Vaynerchuk said for The Jakarta Post during the Forward 2019 convention. “When I knocked on doors and asked to wash somebody’s car, 90 out of 95 people said no. When I was still at the lemonade stand, 100 cars would drive by for one that would stop. I was used to failure; it was my foundation, which is why I succeeded.”

Nevertheless, Gary also has one particular regret for his shiny career, which he ultimately sees as a failure: his investments between 2009 and 2011, when he had just started his VaynerMedia company.

According to Vaynerchuk’s account, he was investing too fast and too much, stretching his reserves to the maximum, and often choosing his investment partners based on the wrong criteria. As a result, he couldn’t make the impact he promised and lost some good opportunities. Gary Vaynerchuk has allegedly met his wife Lizzie through an online dating platform called ‘JDate’. The website targets Jewish single men and women, and Gary says he already knew that Lizzie was right for him on their first date in person.

Gary and Lizzie always seemed to have an exceptionally harmonical relationship. Gary repeatedly paid tributes to his wife in his social media posts, and he even wrote a whole essay about his love for her in 2014, for their tenth wedding anniversary.

However, in February 2022, a couple of Gary’s Instagram posts featuring social media star and entrepreneur Mona Vanda sparked rumors that he might have separated from his wife and found a new girlfriend. Gary has not openly addressed these rumors, keeping his love life private. 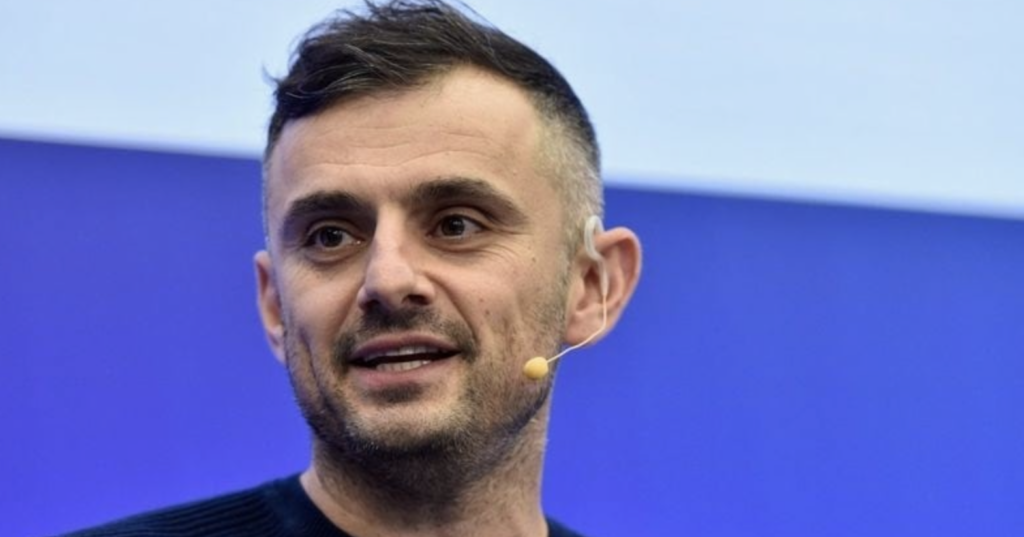 It’s notable that while many American entrepreneurs have struggled to keep their assets over the last couple of years, Gary Vaynerchuk’s wealth seems to be up by approximately 25% since 2019. This indicates that his business model is stable and sustainable even in unpredictable times.

Gary Vaynerchuk lives (apparently all his adult life) in New York. He owns a house, but its exact address or value is not publicly known. Although it might sound unbelievable, the million-dollar entrepreneur most likely doesn’t hold a handful of other properties.

In fact, he considers selling his residential house too and renting for the rest of his life, calling house ownership completely unnecessary and limiting. 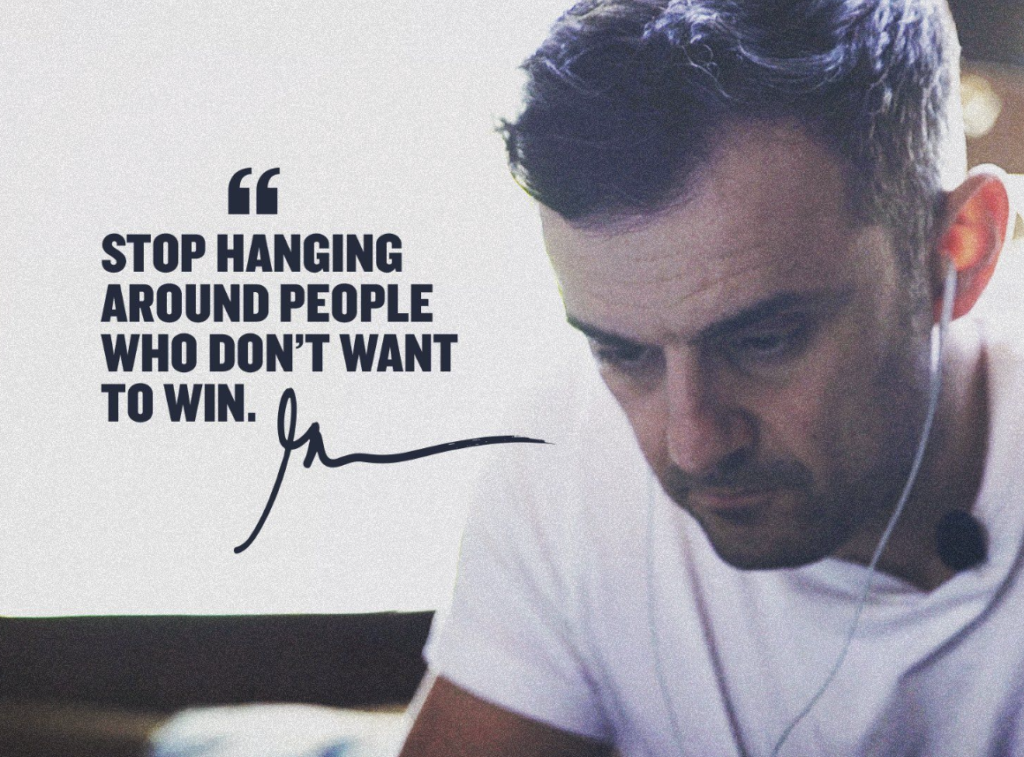 “The ability to not care about anybody else’s opinions is the singular gateway to happiness.”

“​​Reputation is the ultimate currency.”

“Your focus on hating yesterday is killing your opportunity to love tomorrow.”

“People want to succeed so fast because they want to prove something to somebody else. That’s what makes them vulnerable.”

“The biggest asset in the world is your mindset.”

“It makes no sense why people think that at 18, 22, 30, that they have to have their life figured out when “figuring everything out” is a forever game.”

“No matter where you start, how you finish is on you.”

“Wanna be happy? Have zero expectations of others.”

“How you make your money is more important than how much you make.”

Question: Is Gary Vaynerchuk a billionaire?

Answer: Gay Vaynerchuk’s net worth is somewhere around $200 million. He is definitely a millionaire, but he does not qualify for the billionaires club yet.

Question: Why does Gary Vaynerchuk hold up 5 fingers?

Answer: Ever since his childhood, Gary considered 5 his lucky number. Therefore, we can see number five appearing in numerous materials and branding elements related to Gary Vee, and the entrepreneur himself often poses holding up five fingers for photoshoots and selfies.

Question: What wine does Gary Vaynerchuk own?

Answer: The Vaynerchuk family has always been associated with wine. Gary entered the wine selling family business at 14 and later transformed his father’s store into a 60 million dollar company. Today, Gary is a proud owner of the direct-to-consumer wine company Empathy Wines.