In this Doordash Competitor Analysis, we’ll be taking a look at one of America’s fastest-growing companies and whether they truly stack up against those brands also competing for a slice of the tech-based food delivery market.

Because while carrying out an in-depth competitor case study may give us useful insights into the biggest challenges and opportunities faced by Doordash, if we’re even going to get to that task, to begin with, then a much broader competitive analysis simply has to take place first.

That way, we really get to know which companies pose the biggest threat to Doordash’s status as undisputed industry leaders and what decisions the brand could make to see off those threats.

Below, we’ll look at how the San Francisco outfit stacks up against the likes of GrubHub, UberEats, PostMates, and HelloFresh, but first, let’s familiarize ourselves with the company. 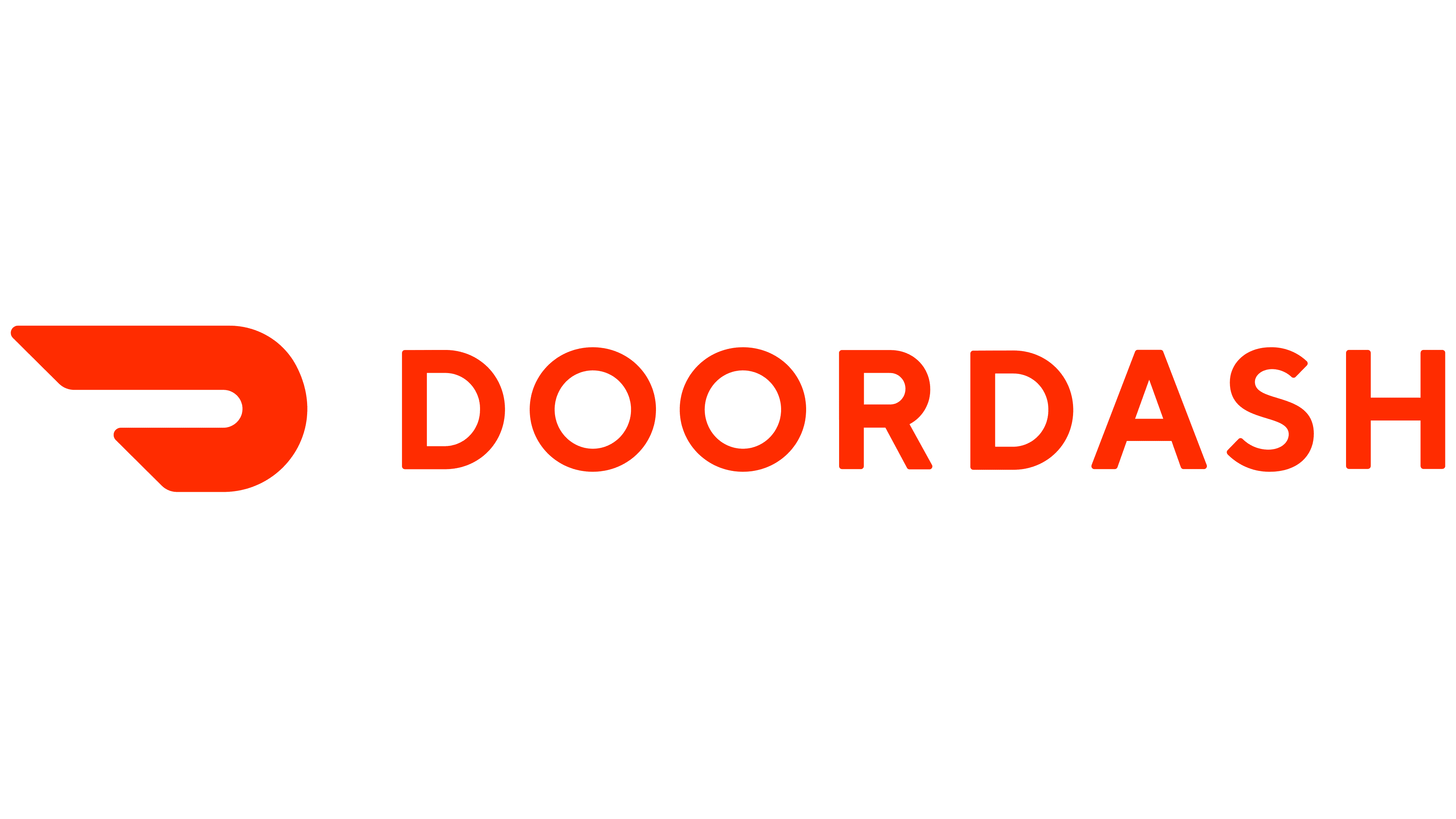 Unlike other food-based businesses such as Whole Foods or Chipotle, who have been around for decades, Doordash is a relative newcomer, having only been around for the past eight years.

Despite this, the company has managed to make an incredibly big splash in a relatively small amount of time, not that it’s been an easy ride.

When they launched in 2013, the company made it simpler for merchants to provide customers with delivery options. They created an app that allowed hungry customers to order from businesses who signed up to the app while at the same time allowing delivery drivers to sign up and serve as the middleman, bringing those food orders directly from business to customer.

In a blog post on Medium published months after their launch, Founders Tony Xu, Stanley Tang, Andy Fang, and Evan Moore insisted that they saw themselves more of a logistics company than a food company, stating that their ultimate vision was to create a “local, on-demand” version of FedEx.

It was an approach that worked for some time, but by 2019, the company had hit a snag. They were operating at a loss of $616 million, with most typical orders losing the company money.

The Impact of COVID-19 on Doordash

A year later, lockdown restrictions imposed as part of America’s response to the global COVID-19 suddenly brought the brand to greater prominence.

With in-person dining out-of-bounds in most places, Doordash found itself in high demand.

Their sudden growth was explosive, so much so that by December of 2020, the company went public and raised $3.4 billion, said to be one of the biggest tech IPOs ever.

Doordash has gone from strength to strength, boasting a 57% market share and making 1 million deliveries from 450,000 businesses to over 20,000,000 customers, ultimately making them the US’ largest food delivery company. 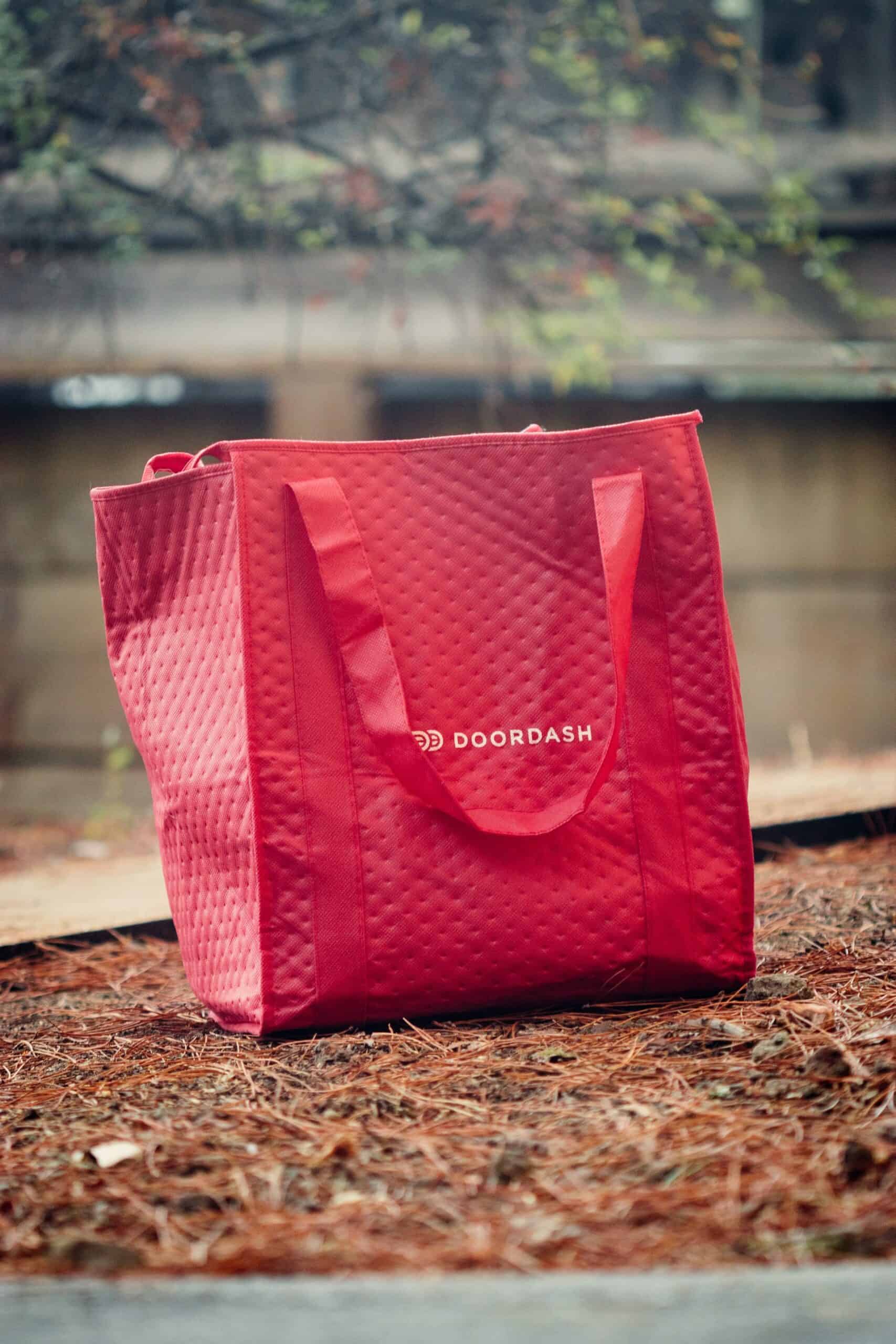 A SWOT analysis can help us to firmly establish a company’s competitive position. So, as part of our competitor analysis, we’ll look at the strengths, weaknesses, opportunities, and threats for Doordash and, later, for each of their competitors.

Doordash may be at the top of their industry right now, but they face some stiff competition, especially from these top five competitors:

The fact that UberEats launched within a year of Doordash in the same city isn’t the only reason why they’re the company’s number one competitor. They also own the second largest market share of 23%, though their actual profitability may be higher given that users can make purchases using the company’s own Uber Cash currency.

It’s the huge infrastructure provided by parent company Uber Technologies, coupled with the aggressive pursuit of beneficial partnerships and a knack for innovation, that poses the biggest threat to Doordash.

The ride-sharing app upon which the company originally built its success ensures they have a robust technological and operational infrastructure to meet customer demand. At the same time, the success of the Uber app has also opened up doors for UberEats rapid international expansion.

The company has a much larger global presence than both Doordash and Grubhub, which allows them to continue to thrive despite playing second fiddle in the US market.

However, the company is not without its limitations either. Several questionable business practices and issues relating to fair pay and monopolistic practices have damaged UberEats reputation. This presents an opportunity for Doordash in terms of learning from their competitors’ mistakes. 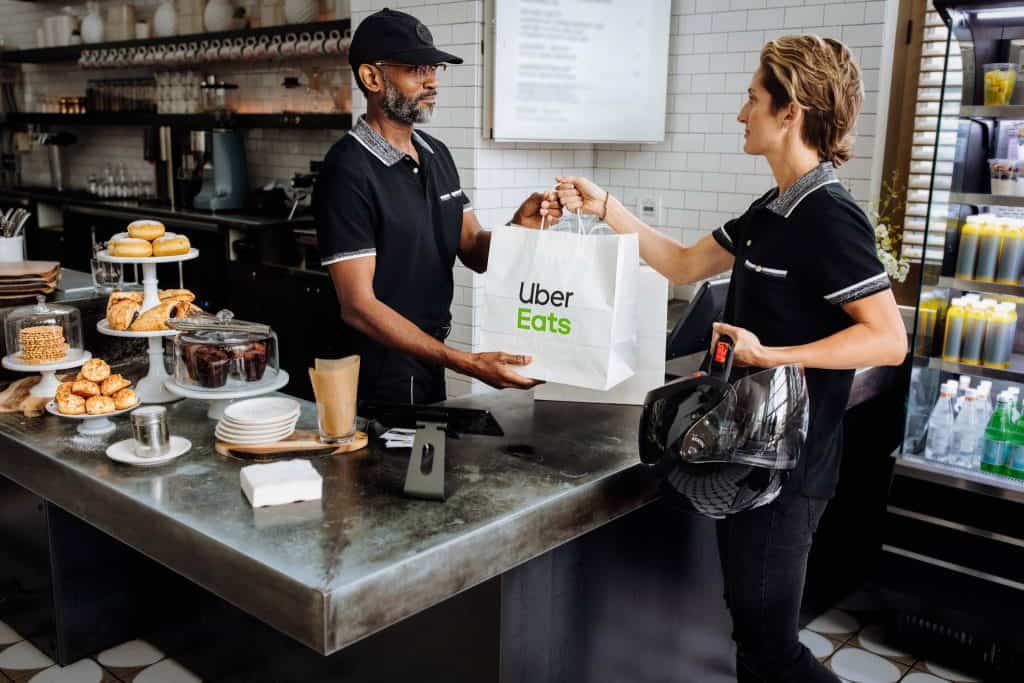 As the second of only three publicly-traded companies in this market space, Grubhub is undoubtedly Doordash’s next biggest competitor.

The company originally began life as a means to provide easy, online access to restaurant menus in the Chicago area, but thanks to their multiple acquisitions of companies like Seamless, DiningIn, Delivered Dish, and Eat24, they inevitably expanded to follow what is essentially the same business model as the one used by Doordash:

Provide a delivery service for restaurants that don’t have their own, make it easy for customers to order food online, and provide job opportunities to delivery drivers.

The company made impressive ground, but as of summer 2021, were only able to gain a 16% market share, compared to UberEats’ 23% and Doordash’s 57%.

Still, while they may be trailing behind at the bottom of the “The Big Three,” they have devised a strategy that looks likely to give them a competitive advantage in some aspects.

Their biggest plan of attack saw the launch of Grubhub+, a monthly subscription service that entitles customers to unlimited free delivery, 10% cashback on orders, and other perks.

The main reason for this was to address the same challenge faced by all online food delivery services; lack of customer loyalty.

It’s often the case that customers simply use whichever app will give them access to their favorite restaurants at good prices, meaning they may swap between two or three different apps.

Introducing a subscription service is a proven strategy for increasing customer retention. It may prove to be the key to their success in terms of regaining market share, especially since their Grubhub+ offer includes features that neither Doordash nor UberEats offer, included the aforementioned 10% cashback, access to exclusive menus and events, and more.

Use of Digital Media

Grubhub has also looked to set itself apart by focussing on specific niche audiences. While they still cater to everyone in America, their partnerships within the eSports community have seen them narrow their focus.

This approach has seen them use digital media creatively such as through Twitch-takeovers, a YouTube concert series, and partnerships with TikTok influencers designed to engage a younger crowd. Check out our article on “How Does Grubhub Make Money” here!

Postmates is the most well-established of Doordash’s top competitors, having been around for a decade.

This could have given the company a competitive advantage, allowing plenty of time to develop a concrete strategy and build up a loyal customer following. However, that doesn’t seem to have been the case.

Online reviews for the brand are overwhelmingly negative, while their position as a subsidiary of Uber means they’re prone to the same kind of criticisms levied at their parent company.

For Doordash, this could provide a welcome opportunity to further cement their status as industry leaders, examining what it is about Postmates that customers seem to deplore and providing a better alternative.

All that being said, Postmates does have an advantage over Doordash in that it’s much better equipped at offering delivery services above and beyond food.

Indeed, while that may be what the company is best known for these days, its original purpose was to provide delivery options for all types of businesses, not just restaurants.

As such, their limited market share in the food-on-demand market is offset by their continued success in the quick-commerce sector. 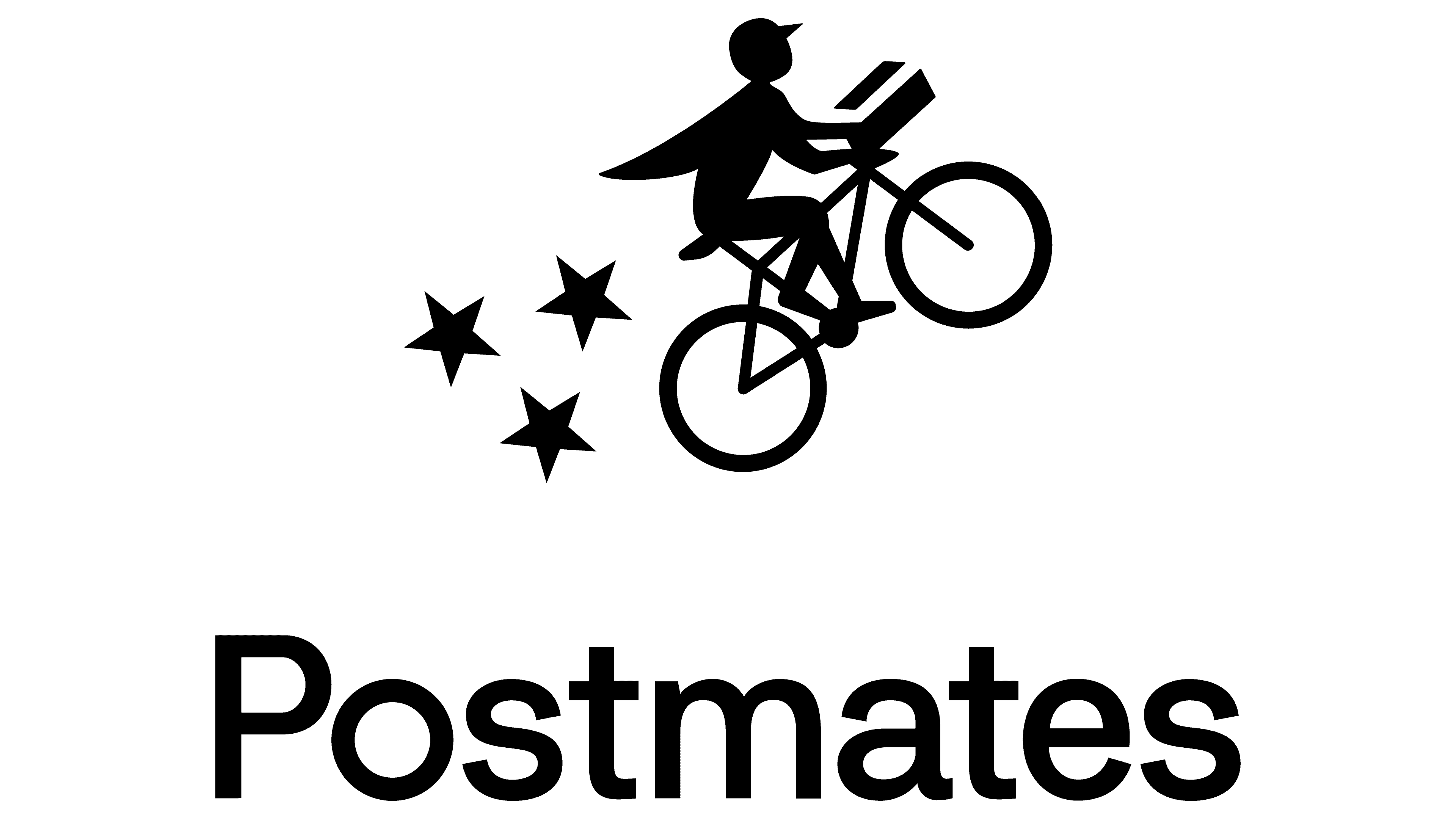 Despite being around since 2008, Waitr hasn’t enjoyed the same kind of national prominence as Doordash, Uber Eats, and Grubhub.

The company has clearly identified a way to maintain a strong competitive advantage by focusing on smaller markets, particularly those in the southern United States. These are the kind of markets often overlooked by their bigger rivals, meaning Waitr has been able to enjoy success in a relatively uncrowded space.

That said, it was only a matter of time before the bigger players took note of Waitr’s success and moved in on their territory, and we do see the likes of Postmates and Doordash competing directly with them.

Still, their hyperlocal approach serves them well and allows them to offer a level of service for both merchants and buyers that is lacking from other companies. 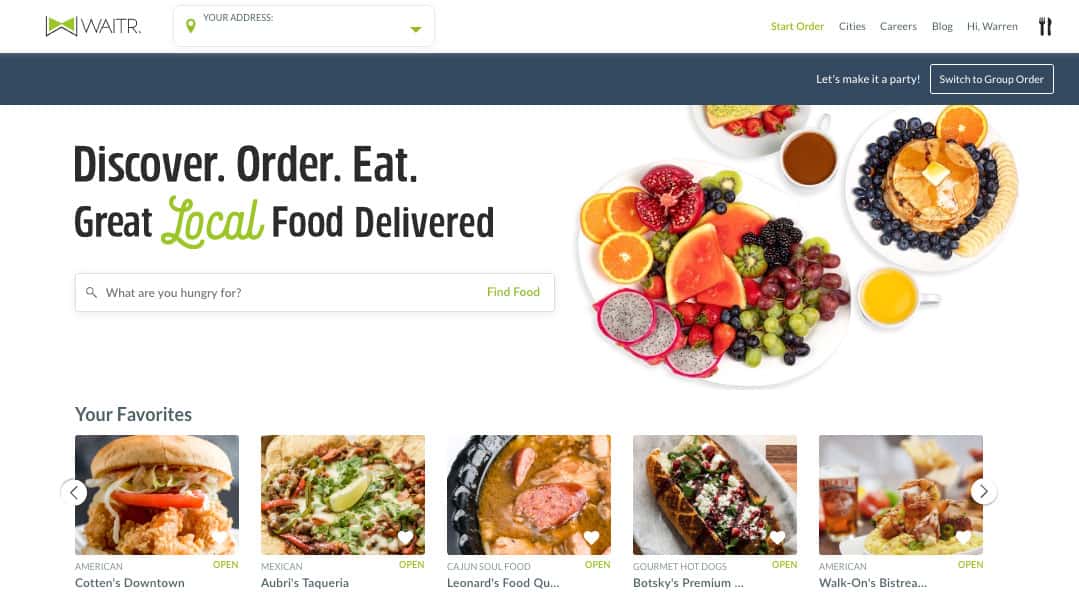 Frequently Asked Questions About Doordash and its Competitions

Question: Who are Doordash’s smaller competitors?

Question: How does Doordash compete?

Answer: Doordash has gained a competitive advantage thanks to a data-driven strategy to continually improve its service and deliver increased satisfaction for customers, drivers, and merchants.

Question: Which is the best food delivery service to work for?

Answer: Doordash is regarded as the most popular food delivery service to work for as their base pay plus tips and promotions averages out at around $16 per hour.

What We’ve Learned From Our Doordash Competitors Analysis

Having looked at the strengths, weaknesses, and market position of Doordash’s four main competitors, it’s easy to see why the company has gone from trailing behind to leading its industry in a very short space of time.

Much as we saw in our Home Depot competitor analysis, a focus on delivering exceptional customer value (in Doordash’s case, via low delivery fees, ease of use, and convenience) can prove incredibly valuable in achieving success. The company has also managed to avoid much of the criticisms and controversies levied against rival brands like UberEats.

However, they’re not without their challenges if they wish to retain their market leadership in the long haul.

UberEats and Postmates, in particular, have the huge behemoth that is Uber Technologies behind them, providing both an infrastructure and global brand recognition, which makes them much better poised to grow in international markets. At the same time, Waitr’s focus on serving local businesses and customers likewise sets them apart.