Marc Andreessen is a famous entrepreneur who co-authored the first well-known web browser, Mosaic. He first found worldwide fame when he became the co-founder of the popular web browsing platform Netscape.

Marc is quite clearly a dedicated and focused guy who is devoted to investigating the unknown and trying to solve life’s mysteries. As he is such an analytical thinker, he is perfectly equipped to deal with whatever life throws.

I believe that to achieve what he has today, he must have excellent research skills and a great deal of patience when it comes to concentration and creativity.

Because he is forced to use his creative mind daily, I would think he likes to spend as much time as possible in peace and quiet and working alone. He lives entirely by his own methods and doesn’t seem to have a large gathering of close friends. Some might say he’s a bit of a lone wolf.

Let’s take a deeper look into the intellectual and creative world of Marc Andreessen. 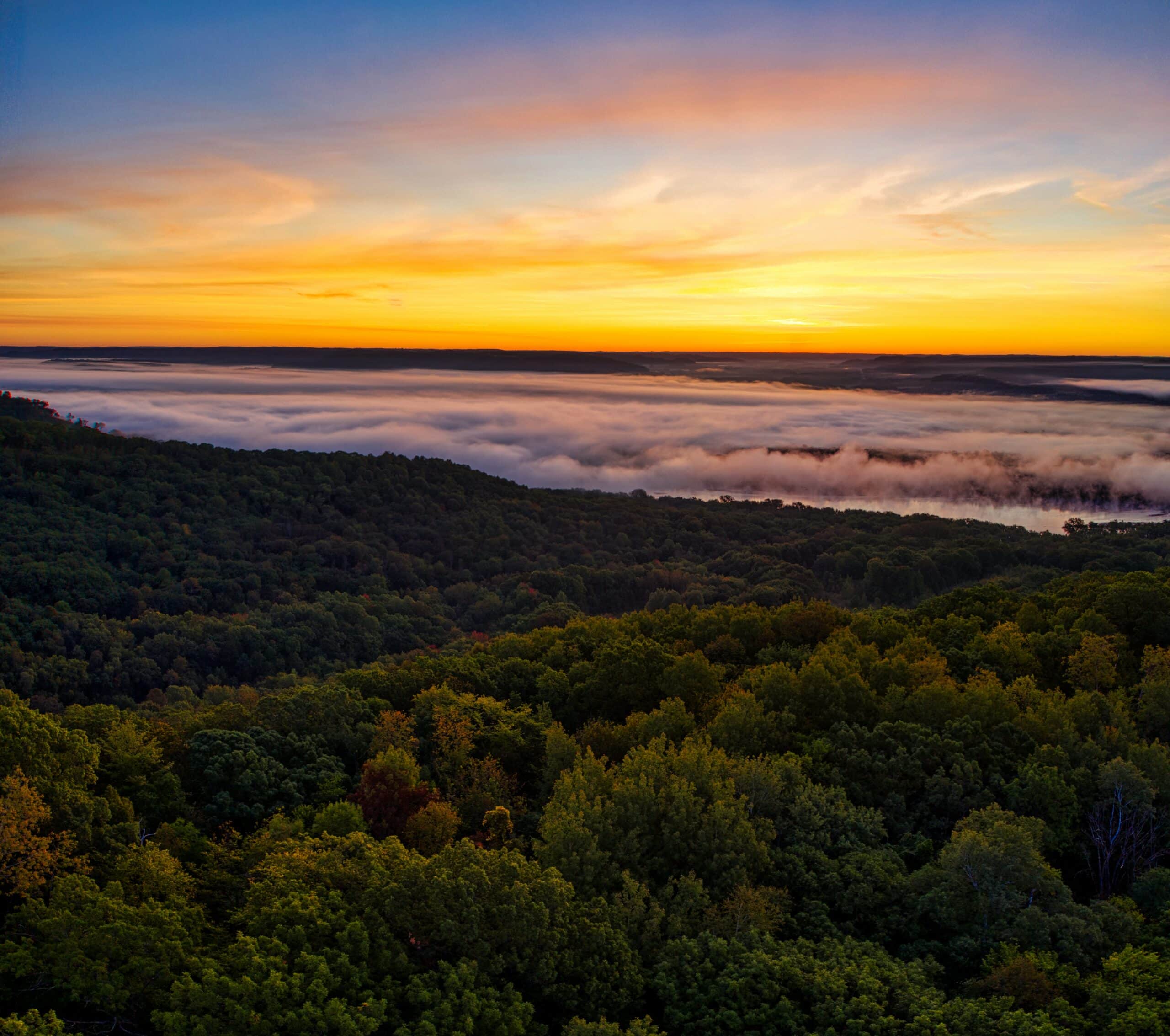 Marc was born on the 9th of July, 1971, in Cedar Falls, Iowa, but was raised in Wisconsin. His parents, Patricia and Lowell Andreessen, worked for a seed company.

He received his first bachelor’s degree in computer science in December 1993 and interned twice at IBM in Texas.

Though I’m not sure if it was his first real job, one of his previous jobs was working in the AIX graphics software development group responsible for the MIT X Window implementation.

He also worked at the Nation Center for Supercomputing Applications at the University of Illinois. I think this is where he first discovered Tim Berners-Lee’s open standard for the World Wide Web.

Marc, along with a coworker, worked together to develop a user-friendly internet browser with graphics that would work with various systems. The end game started Andreessen’s rise to fame, the Mosaic Web Browser.

Throughout his career, I think it’s pretty clear Marc has been around the block regarding successful companies. He has worked for big names such as Opsware and Netscape and founded Andreessen Horowitz. As well as these, he also invested in some massive platforms, such as Pinterest, Foursquare, Facebook, GitHub, Twitter, and LinkedIn.

The Rise of Netscape Communications

Once he graduated from university in 1993, Marc worked at Enterprise Integration Technologies; he relocated to California to make this possible, showing his dedication from the start.

While in California, he met with the founder of Silicon Graphics, Jim Clark, who had just left the company. Clark must have seen great potential in the Mosaic Browser and offered him the idea of starting their own internet software company.

Before long, Mosaic Communications Corporation was in full flow in Mountain View, California. Andreessen was the co-founder of the new company and vice president of technology. For reasons unknown, the University of Illinois wasn’t impressed with the chosen name of Mosaic, so they changed the name to Netscape Communications.

The IPO of Netscape in 1995 threw Andreessen even further into the public eye; he was featured wearing a crown and cape on the cover of Time Magazine, among other publications.

After the sale of Netscape, Andreessen continued to thrive and build his career even further. Along with co-founders Ben Horowitz, Tim Howes, and In Sik Rhee, he created Opsware, which provided hosting, computing, and various software services to customer-facing internet companies.

It became one of the very first companies to offer software as a service and attempt cloud hosting. Have a read about other cloud applications if this is something you’re interested in.

Over four years (2005 – 2009), Andreessen and his business partner invested $80 million in various startups, including Twitter, Facebook, and Qik, to name just a few. The pair quickly became known for their great investments, and on the 6th of July, 2009, they announced their venture capital firm, Andreessen Horowitz.

The firm’s capitalization grew within three years from $300 million to $2.7 billion. Their portfolio holdings include big-name platforms, such as Twitter, Honor, GitHub, Facebook, Foursquare, and Pinterest.

In 2009, an investor group that included the company acquired a majority stake in Skype, which I believe had a valuation of $2.7 billion at the time. This was considered a pretty risky move at the time but soon paid off, as, by May 2011, Microsoft bought Skype for $8.5 billion, which I imagine felt like a massive achievement. 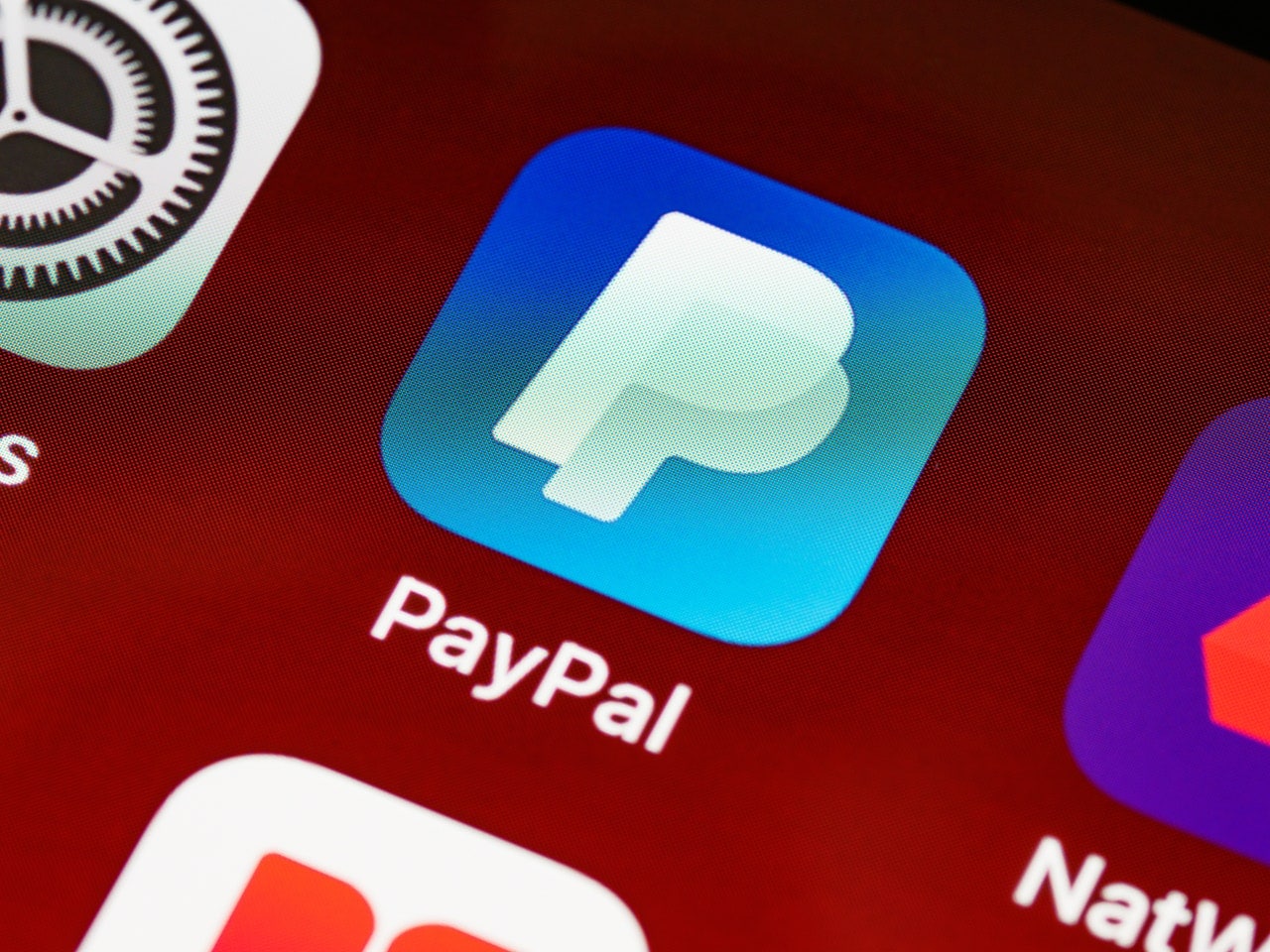 Marc joined the eBay board of directors in 2008, working on it for six years. He announced his resignation from the board in 2014; this was down to eBay’s decision to break away from its online payments unit PayPal. This was an issue of disagreement for Andreessen and investor Carl Icahn, who’d backed the split from the payment service. Andreessen was accused of being selfish and not putting the interests of shareholders first. Icahn’s letter published all the details of the dispute.

By this point, Andreessen and Horowitz were exceptionally well known for their investments and influence in the business world. They were ranked number 6 on Vanity Fair’s New Establishment list in 2011 and 1 on CNET’s most influential investors list. They also came number 1 and 21 on the Forbes Midas List of Tech’s Top Investors.

In 2010, Andreessen and many of the company’s partners pledged to donate half of their fortune and earnings to charity. While learning about entrepreneurs, I have learned that this is quite a common notion and humbling to hear; when you’ve finished here, you can read about Brian Chesky and find out where he donates his millions.

Marc was named as one of the top 100 most influential people in the world in 2012; this is likely due to his well-received essay, “Software is Eating the World,” which was highly praised and beneficial to many people.

In 2013, he was one of the five Internet and Web pioneers awarded the initial Queen Elizabeth Prize for Engineering.

In 2020, at the start of the dreaded pandemic, Marc published an opinion piece called “It’s Time to Build.” In it, he describes America’s response to COVID-19 and suggests a multitude of solutions to the problem. I bet there are a few people who should have read it at the time.

Other Ventures and Companies

In the years after Netscape and Loudcloud, Andreessen co-founded and was the chairman of the online social media network platform Ning. In 2011, the company was sold to Mode Media for $150 million. After the sale, Marc joined the board of directors for Glam Media, the company’s buyers. 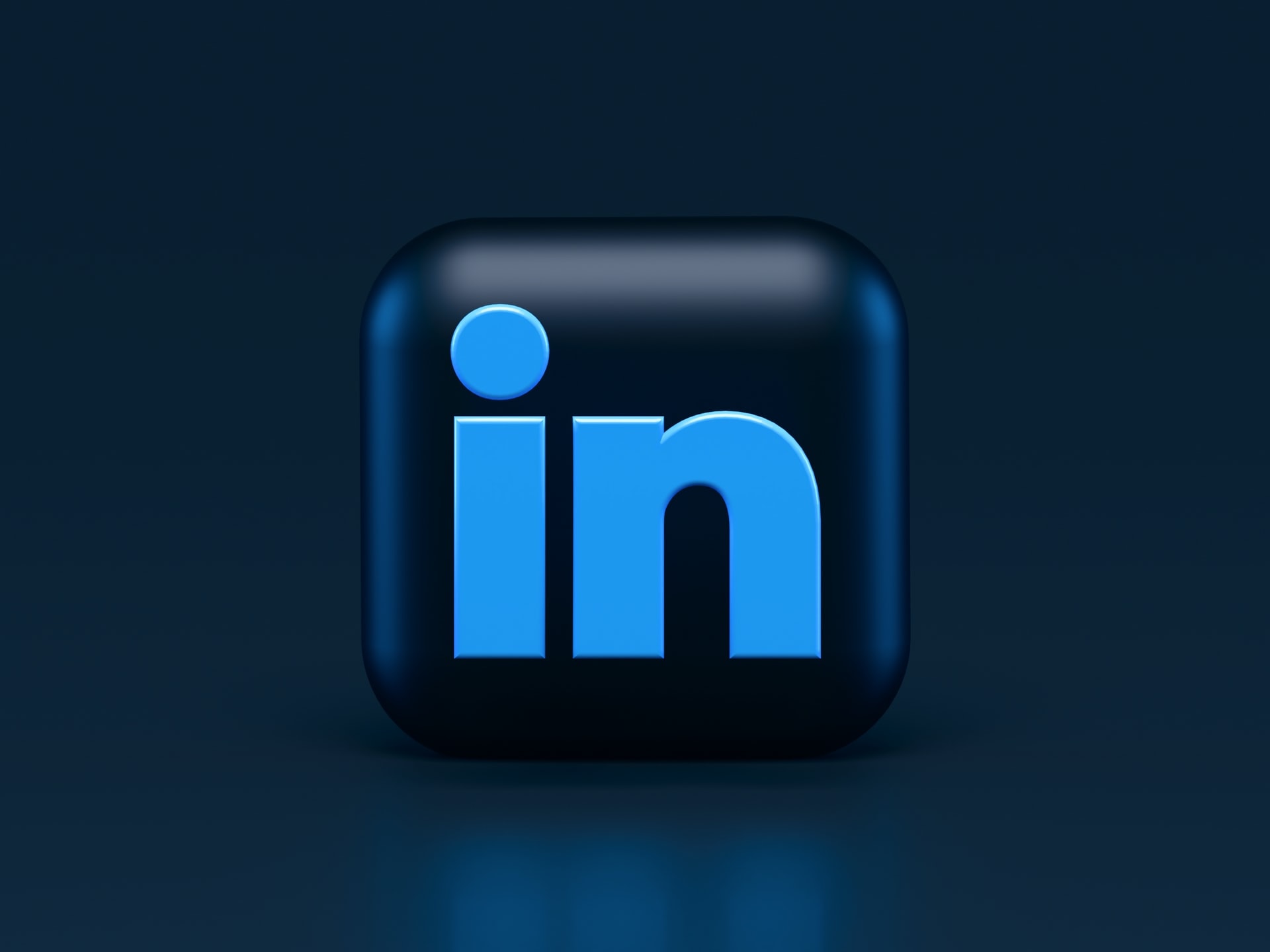 Andreessen is an investor in companies such as LinkedIn and Raine and also serves on the board for Facebook, OpenGov, Dialpad, TinyGo, Hewlett Packard Enterprise, Stanford Hospital, and Kno.

During his time at Hewlett Packard Enterprise, Marc was partially blamed for some failures within the company, such as recruiting Leo Apotheker and the acquisitions of Autonomy and Palm.

In 2016, when India decided to apply net neutrality to Facebook’s proposed project, Free Basics, Andreessen took to Twitter to give his opinion, suggesting that anti-colonialism had been catastrophic for the people of India. He deleted the tweet later after receiving criticism from the public and from the Facebook founder, Mark Zuckerberg.

In 2016, the shareholders of Facebook filed a lawsuit to block Zuckerberg’s plan to create a new version of non-voting shares; it alleged that Andreessen had been secretly coaching Zuckerberg in an attempt to win approval from the board regarding the stock exchange.

Apparently, Andreessen had shared information with Zuckerberg about their progress and concerns and was also helping him reach an agreement with shareholders.

Watch Marc discuss predictions in the business and academic world and where the projections come from.

Mark covers the world of news and how it has been growing and changing since WW2 and looks at where it’s going as we head into the future.

Watch Marc give his opinions on whether or not he thinks Zinga can turn around and compares it to how in 1997, Apple was in turmoil and managed to be one of the biggest tech companies on the planet.

Andreessen’s wife, Laura Arrillaga, is the second Silicon Valley Social Venture Fund founder. Her father, John Arrillaga, is the real estate billionaire of the company. Marc and Laura have one son together, who I believe is called John. After doing some research, though I am not sure when he was born, I would presume that given their high status as a family, they prefer to keep their home life as private as possible and protect their son.

Have you ever thought to yourself, “How rich is Marc Andreessen?” Well, you might wish you’d never looked. As it stands, Marc’s current net worth is somewhere around the $2 billion mark. 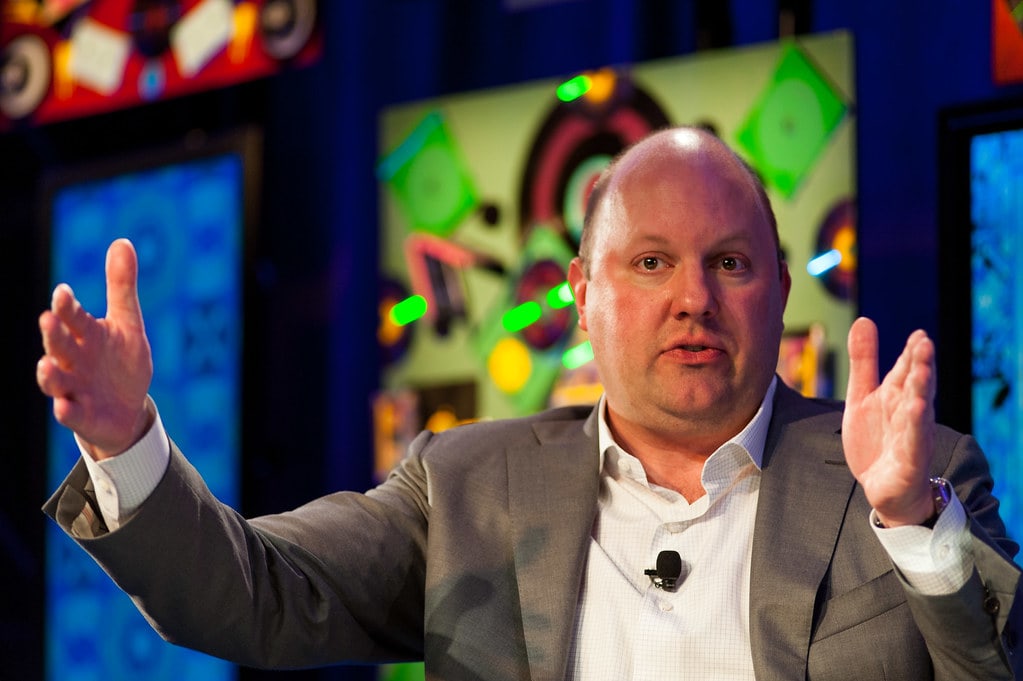 I think it’s fair to say that Marc has done pretty well for himself in his career, and when I looked into his real estate, it became clear where much of his wealth has gone.

It’s public knowledge that Marc set the record for the most expensive home in Californian history when he paid $177 million for his 7-acre, clifftop home in Malibu.

As if this wasn’t enough, in March this year, Marc and his wife paid $44.5 million for another home in Malibu, one on the beach, with panoramic ocean views, 7000 square feet of space, and parking to accommodate 14 vehicles.

There’s more, in Northern California, the couple also owns a mansion which they bought for $16.6 million back in 2007; I wonder what it’s worth now?

They also own a vacant lot in Las Vegas, which will cost them $36 million in 2021, it’s not clear whether or not they plan on building on the lot, but I would think that’s the plan.

Marc has obviously been highly successful in his professional life; here are some quotes that might inspire you to follow your dreams and make the most of your career.

“We have never lived in a time with the possibility to put a computer in the pocket of 5 billion people.”

“In a startup, absolutely nothing happens unless you make it happen.”

“My goal is not to fail fast. My goal is to succeed over the long run. They are not the same thing.”

“A lot of things you want to do as part of daily life can now be done over the Internet.”

Question: Where did the co-founders of Mosaic have their first meeting?

Question: Why are Andreessen and Horowitz known as “Super Angel Investors”?

Answer: This is down to the 45 significant investments they made for companies such as Twitter over a short period.

Question: What does Marc Andreessen do in his spare time?

Answer: He likes to participate in activities such as reading, watching movies, doing yoga, and writing in his spare time. He shares a lot of these interests with his wife. Despite their busy lives, they try to enjoy as much time together as possible.

Question: Where did the co-founders of Mosaic have their first meeting?

Question: Why are Andreessen and Horowitz known as “Super Angel Investors”?

Answer: This is down to the 45 significant investments they made for companies such as Twitter over a short period.

Question: What does Marc Andreessen do in his spare time?

Answer: He likes to participate in activities such as reading, watching movies, doing yoga, and writing in his spare time. He shares a lot of these interests with his wife. Despite their busy lives, they try to enjoy as much time together as possible.

HP Board Member Marc Andreessen, an Internet Pioneer, Deserves Some of the Blame for the Company’s Failures (thedailybeast.com)