The outspoken and ambitious Ursula Burns is a role model for many women and people of color. During her remarkable career, Burns became the first black American female CEO of a Fortune 500 company, Xerox. She served in the role from 2009 to 2016 and as chairman from 2010 to 2017.

Since then, Burns has served on the board of many large American corporations such as Uber, ExxonMobil, and American Express. In addition to serving as CEO of VEON and charwoman of Teneo.

In 2014, Forbes ranked the then CEO as the 22nd most powerful woman in the world. In addition, she was the leader of the White House’s STEM education program from 2009 to 2016. Burns grew up in a housing complex for the underprivileged in New York City. She was the second of three children raised by Olga Racquel Burns, a single mother. Both her parents immigrated to the United States from Panama.

Her mother operated a childcare center from her home and worked odd jobs such as ironing and cleaning. Using the little money she got from work, Burns’ mother paid for her to attend Cathedral High School, a Roman Catholic all-girls school.

While in school, Burns’ strongest subject was math. Burns rejected the common careers for young women at the time. She didn’t believe that becoming a teacher, nun, or nurse was the proper career choice for her.

Since she loved math, Burns wanted to become an engineer. She initially majored in chemical engineering, later realizing that she didn’t like it. She then switched to mechanical engineering, which she was in love with.

Burns earned an engineering degree from the Brooklyn Polytechnic Institute in 1980. Immediately after this, she went on to earn a master’s degree in mechanical engineering from Columbia University.

While doing her master’s, Burns worked as a summer mechanical engineering intern at Xerox through the company’s graduate engineering program for minorities. The company helped by paying a portion of her educational expenses. After receiving her master’s, she went to work for Xerox, where she built her career for over 30 years.

Burns joined Xerox as a full-time employee in 1981, swiftly advancing to a position in product development. Burns has always preferred to speak out, be genuine, and express her ideas.

Ursula started to gain attention at Xerox following her confrontation with Wayland Hicks in 1990. Hicks was the company’s executive vice president at the time.

Someone in the meeting asked why Xerox placed such a high priority on its diversity effort. Burns felt that Hicks’ reaction lacked passion, and she made no apologies for telling him so in front of everyone in the meeting.

Although the debate turned tense, Burns remained steadfast. To Hicks’ credit, he saw Burns’ enthusiasm and, rather than criticizing her for her “unpleasantness,” gave her a position as his executive assistant. Burns’ rapid ascent within the organization followed.

Burns was appointed senior vice president of corporate strategy services in 2000. In this position, she oversaw the company’s manufacturing processes.

Burns eventually had the chance to expand her leadership in areas such as global research, product development, marketing, and delivery. In 2007 she became president of Xerox. Two years later, Xerox’s board appointed Burns CEO and in 2010 elected her chairwoman of the board.

When she took control, Burns sought to overhaul Xerox. At the time, the company was suffering from dwindling revenue. To do this, she switched the company’s focus from goods to services. Burns then managed the acquisition of Affiliated Computer Services, a company that outsourced business services in 2010.

However, she was unable to revitalize Xerox. In response, in 2016, Burns started separating the company’s service assets into the independent business, Conduent Incorporate. The deal concluded in 2017. Burns left her position as CEO in 2016 and board chairman in 2017.

Amsterdam-based telecommunications provider, VEON, named Burns executive chairman in 2017. She was appointed chairman and CEO the following year. Burns guided the business through a crucial stage of restructuring, which included selling its Italian businesses to CK Hutchison.

Mikhail Fridman, who founded Russia’s Alfa Group and LetterOne, a significant telecom investor, said, “We have been fortunate to have Ursula as chairman; her leadership, perspective, and integrity have had an important impact on the company, and we thank her for building such a strong team and for positioning Veon for the future.”

In addition to serving on the boards of numerous organizations, Burns has also served on the board of Boston Scientific, FIRST, the National Association of Manufacturers, the University of Rochester, the Rochester Business Alliance, the MIT Corporation, and the RUMP Group. Burns had a variety of appointments in addition to her job at Xerox. The then president of the United States, Barack Obama, chose her to assist in leading the STEM Education Coalition in 2009. She held this position until 2016.

The STEM Education Coalition is a national coalition of more than 1,000 technological organizations. They work to enhance student engagement and performance through legislative advocacy.

Burns was also a president’s Export Council (PEC) member from 2010 to 2016. This organization is a group of labor, business, and government leaders who advise the president on methods to promote the growth of American exports. She chaired the committee from 2015 to 2016.

Burns advises educational, community, and non-profit organizations such as FIRST, the National Academy Foundation, MIT, and the U.S. Olympic Committee, to name a few. She was a founding member of the Change the Equation board, which works to advance science, technology, engineering, and math education in the U.S.

Burns met Lloyd Bean, who died in 2019, while she worked at Xerox. The couple married and raised two children together. The first child, Malcolm, is her stepson, born to Lloyd from a previous marriage. Their daughter, Melissa, was born in 1992. Both children attended MIT.

Where You Are Is Not Who You Are: A Memoir In 2021 Burns published the book “Where You Are Is Not Who You Are: A Memoir.” Burns writes movingly about her journey from tenement living to top corporate leadership positions. She credits much of her success to her single immigrant mother, Olga.

In the memoir, Burns writes about the various challenges and triumphs during her 35-year career at Xerox. From preventing the company’s bankruptcy to taking a risky $6 billion acquisition to secure its future.

Burns also writes about her experiences contributing significantly to President Obama’s STEM initiative. She reflects on her struggles and triumphs throughout her career in this witty, straightforward book which is equal parts memoir and cultural critique.

Answer: Burns was appointed to the Waystar board of directors in 2020. She joined Uber’s board in September 2017. In addition to serving as senior advisor to Teneo since June 2017.

Question: Why is Ursula Burns important?

Question: Who is Ursula Burns married to?

Answer: Burns was married to Lloyd Bean until his death in 2019. He was a scientist and researcher.

Answer: Under Burns’ leadership, the company transitioned from a copying and printing company into a business services outsourcing firm.

Burns’ life has been a series of transformative moments. Burns defied the odds, rising from the inner city housing projects to an ivy league education in engineering, then to the top of corporate America.

While at Xerox, Burns oversaw a critical acquisition that transformed the company from a copy and printing business into a leader in technology and services.

Ursula Burns has a big heart and is a big motivation for many people. She has invested a lot of time in organizations that provide for minorities and women. Her goals are to give them the skills and confidence they need to take risks, have great dreams, and someday give back.

Ursula remembers her commitment to learning and hard work. With the help of her mother, she used the opportunities and programs made accessible to her to pursue a degree and career in engineering.

Ursula is a testament to the fact that, no matter what your circumstances, grit, hard work, and a little assistance along the way can transform your life—and the world. She is idealistic yet pragmatic, sympathetic, and committed.

“Dreams do come true, but not without the help of others, a good education, a strong work ethic, and the courage to lean in.“ 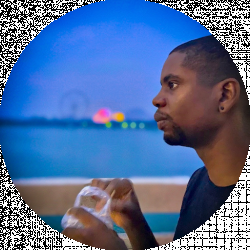 Kenique Ivery
With an advanced degree in finance, Kenique is currently an economics teacher. In his former role at Ernst & Young, he also did some blockchain and crypto training, to keep on top of new advancements. Here, at Business Chronicler, Kenique loves delving deep into the core business principles of others, learning a lot as he grows his own career and helps teach the next generation of entrepreneurs.