Since the global pandemic, I’ve been keeping a watchful eye on the healthcare industry, which has seen an unprecedented level of growth. As a novel virus swept across the world, governments leaped into action to mobilize new health products and processes globally, saving many lives.

Consequently, many healthcare companies are in a stronger position in 2022 than ever before, as you’ll see throughout this Johnson and Johnson competitors analysis. Not that J&J needed the help of a pandemic; it is the world’s largest healthcare company.

J&J sells products in over 175 countries, and I suspect you’d find them in most households throughout the developed world. I have Tylenol, Neutrogena skin products, and baby products in my house alone – all from Johnson and Johnson.

Factors contributing to this growth include a rapidly aging global population, strong growth in emerging markets, health insurance reforms, and the Covid-19 pandemic.

Now is an exciting time in the healthcare industry, thanks to disruption from new tech, artificial intelligence, data, and other innovative tools. Johnson and Johnson is more than capable of taking advantage of these changes. But will more agile startups get there first and steal J&J’s market share? Only time will tell.

This Johnson and Johnson competitors analysis offers insight into the healthcare industry and the threats that J&J faces from rival firms.

If you’d asked me three years ago about Johnson and Johnson, I’d have been able to vaguely explain what the company does and name a few of its products. After the pandemic, it’s a different story. Awareness of the J&J brand has grown exponentially, and the company’s revenue has increased with it.

Today, Johnson and Johnson is one of the biggest healthcare companies globally, thanks to its extensive product portfolio and investment in R&D. 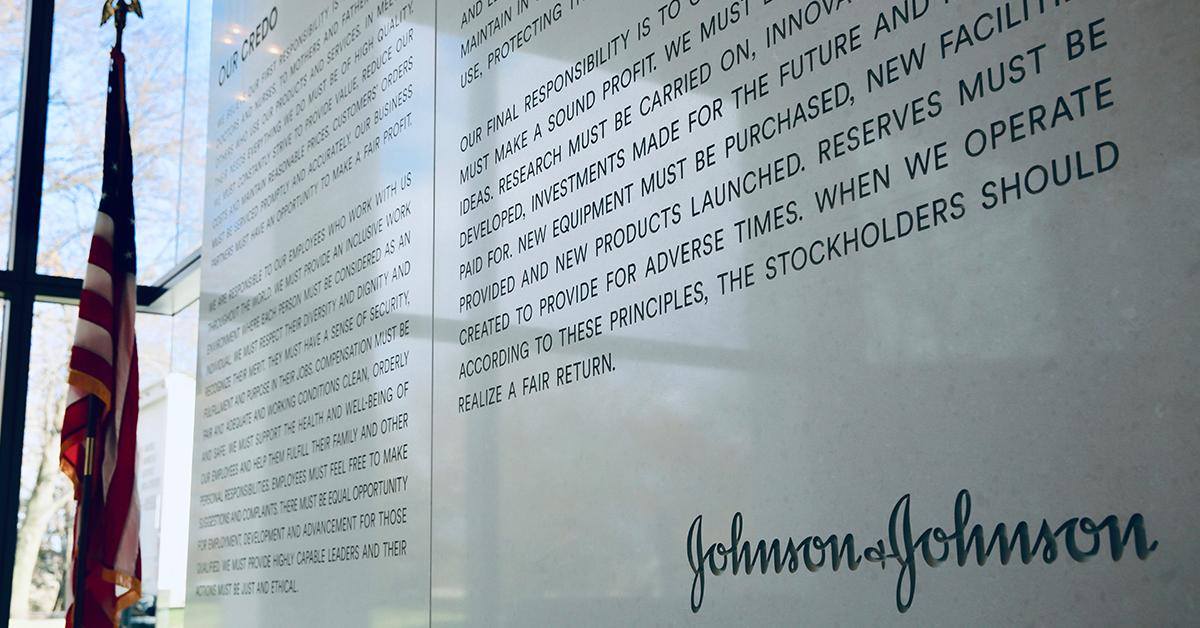 Johnson and Johnson is an American multinational healthcare corporation founded in 1886. It develops pharmaceuticals (under its Janssen Pharmaceuticals arm), medical devices, and consumer packaged goods. The company’s headquarters are in New Brunswick, New Jersey.

The J&J Corporation includes over 250 subsidiary companies – including household brand names like Tylenol and Clean & Clear – with operations in more than 60 countries. There are only two companies in America with an AAA credit rating, and Johnson and Johnson is one of them. Astoundingly, that’s a higher score than the US government.

The company also announced in 2021 that it would split into two publicly traded companies, one focusing on pharmaceuticals and the other focusing on consumer products. It was probably the high-margin drug business, which saw accelerated growth during the global pandemic, that influenced this decision.

Notably, J&J is one of the companies that successfully developed a Covid-19 vaccination, though it saw less success than rivals like Pfizer. The vaccine was never given a name, despite being touted as a convenient one-shot alternative to the other double-dose vaccines.

Still, the strength of J&J’s business strategy is linked directly to its breadth. The corporation doesn’t just operate in one sector of the healthcare industry but many, which makes it less vulnerable to poor results in one area.

Johnson and Johnson also invested a record $14.7 billion in research and development (R&D) in 2021 – a 21% increase from 2020. This investment reflects just how crucial emerging technologies within the healthcare industry are. For big corporations like J&J that have been around for over a century, innovation is even more critical: staving off competition from startups with fresh and sometimes revolutionary ideas.

J&J’s mission statement focuses on helping people to lead healthier lives by promoting better healthcare access and care across the globe. Its vision statement is “for every person to use their unique experiences and backgrounds, together – to spark solutions that create a healthier world.” 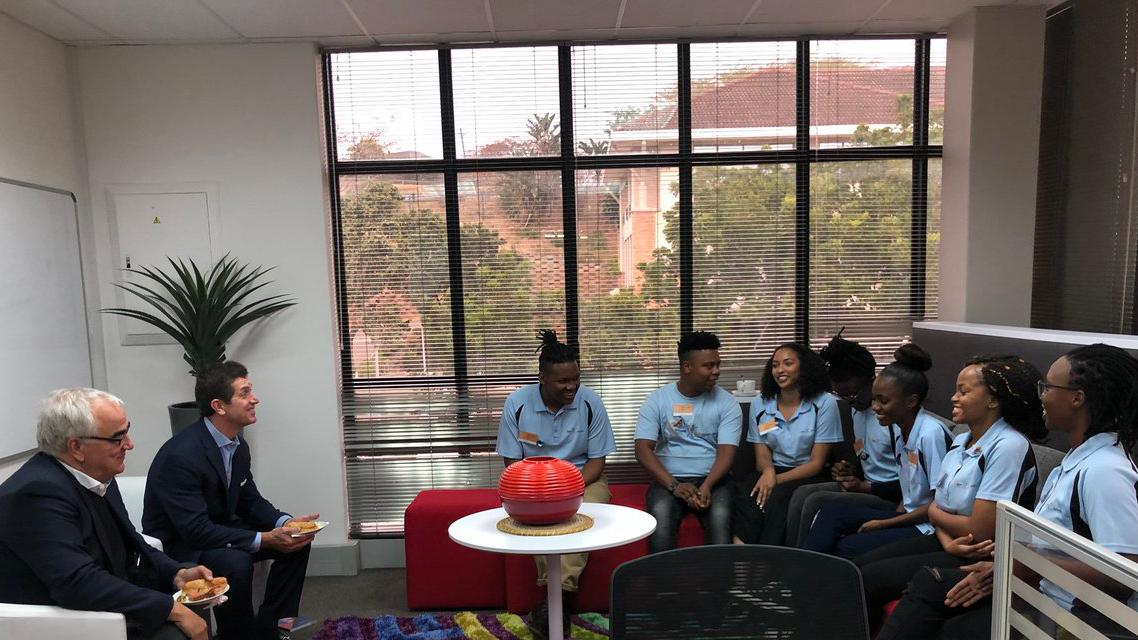 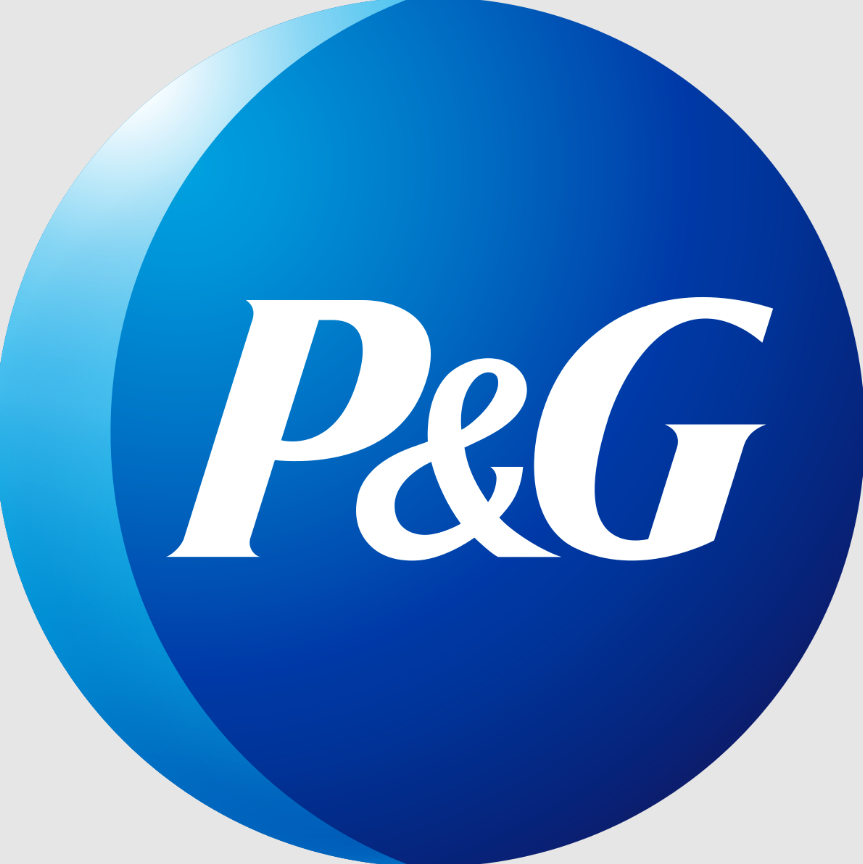 Procter and Gamble (P&G) is a multinational consumer goods corporation headquartered in Cincinnati, Ohio. The corporation was founded in 1837 by William Procter and James Gamble. Its mission is to “use every opportunity we have – no matter how small – to set change in motion.”

The chances are, you probably have a Procter and Gamble product in your house somewhere, if not several.

From selling the first fluoride toothpaste in 1955, to creating the first disposable diapers in 1961, P&G has been behind many significant leaps forward in consumer health care products.

P&G’s business model focuses on strategic acquisitions to diversify its product line, thereby increasing the corporation’s overall market share. Notable acquisitions include Richardson-Vicks for $1.2 billion in 1985 and Wella for a reported $7 billion in 2003.

Another vital pillar of P&G’s business strategy is research and innovation. The corporation has an annual research and development budget of over $2 billion, directed at creating products and processes that promote sustainability.

Over the past decade, P&G has undergone some serious restructuring. In 2014, it announced plans to streamline the company, dropping roughly 100 brands to focus on the 65 that were left. It sold 43 beauty brands to Coty for $13 billion and transferred Duracell to Berkshire Hathaway for an exchange of shares. This strategy proved successful.

This acquisition makes P&G a more direct competitor of J&J. In 2021, Procter and Gamble generated $76.12 billion in revenue. 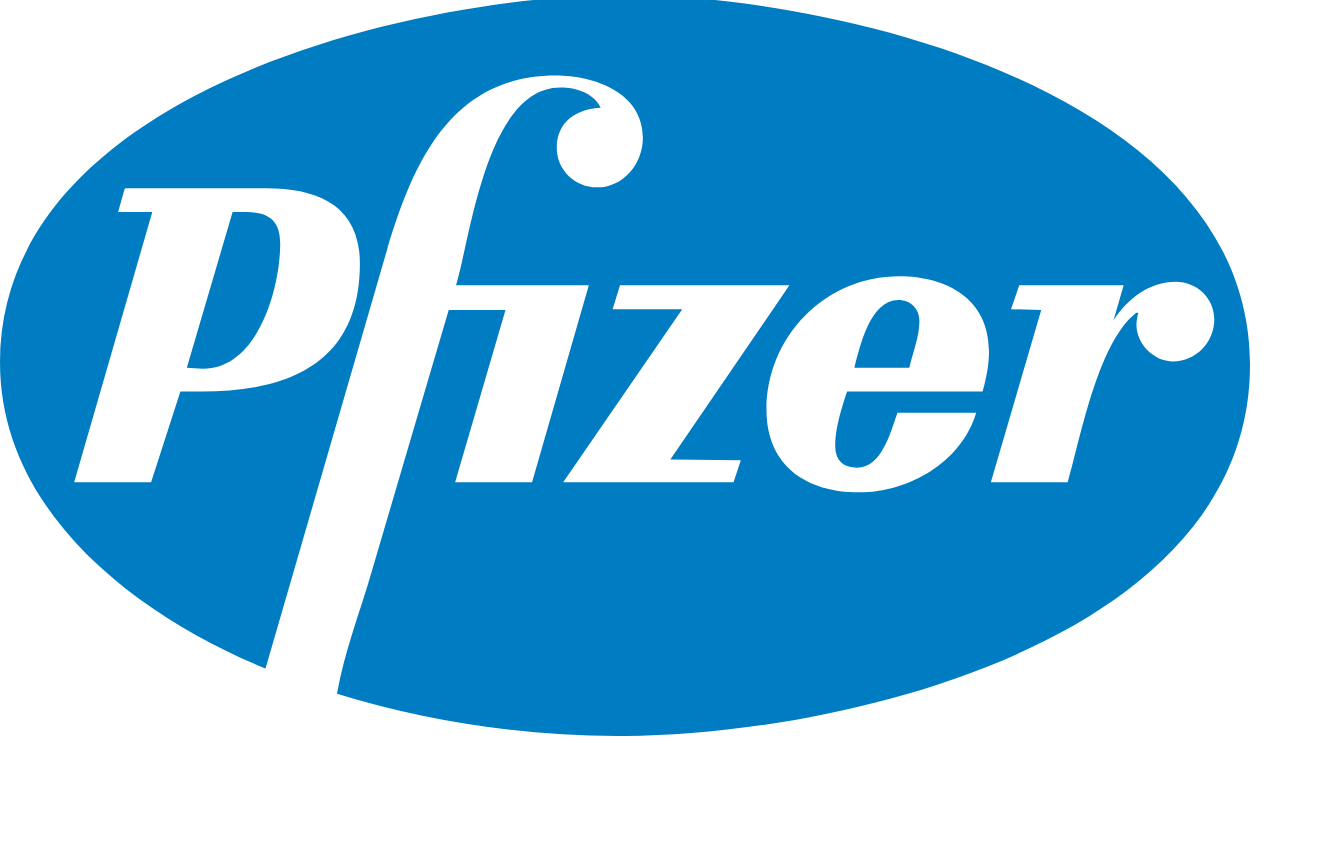 Pfizer Inc., a multinational biotechnology and pharmaceutical corporation, was instrumental in the fight against Covid-19 thanks to the vaccine it created. The company was founded in 1849 in New York, and its headquarters are still in Manhattan, New York.

Pfizer ranks 43rd on Forbes’ Fortune 500 list. The company’s growth strategy focuses on diversifying its portfolio of products and services through strategic acquisitions, of which it has made 35 in total.

In 2022, for example, the company acquired Biohaven Pharmaceuticals, a leading manufacturer of innovative migraine treatments, for $11.6 billion. That same year, Pfizer also acquired Arena Pharmaceuticals, a company known for developing therapies for treating immuno-inflammatory diseases, for around $6.7 billion.

During the Covid-19 pandemic, Pfizer played an essential role in developing and distributing the Pfizer-BioNTech vaccine. In March 2022, the company joined the Covid-19 Therapeutics Accelerator funding vehicle, a $125 million initiative set up by the Bill & Melinda Gates Foundation.

However, some have accused Pfizer of pandemic profiteering; it made $37 billion from its vaccine alone in 2021 and backed the draconian use of a vaccine passport mobile app in Canada, eroding public trust. 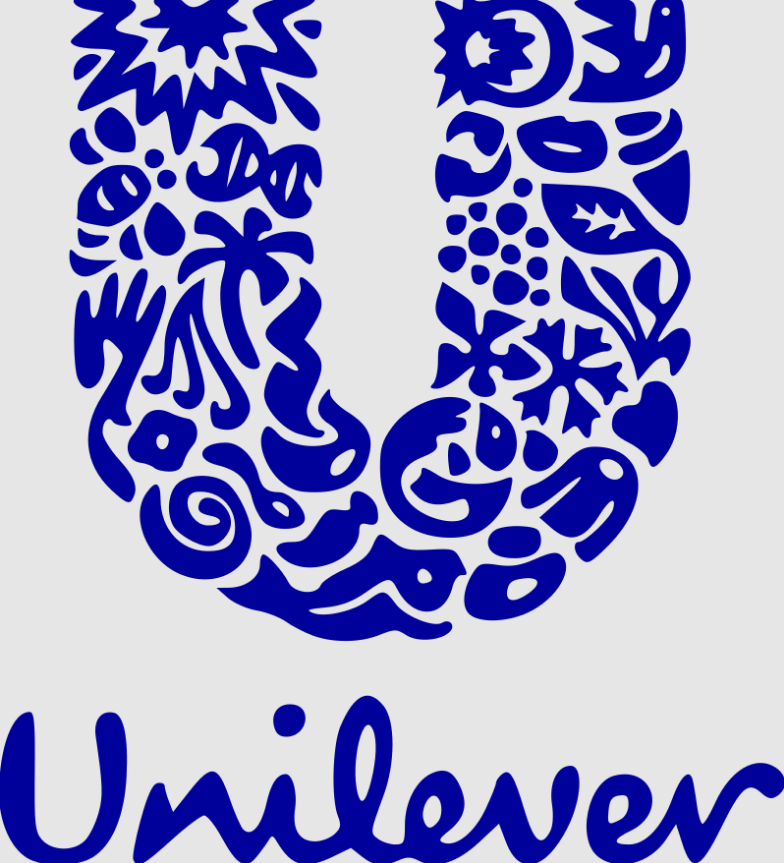 With over 400 brand names in 190 countries, Unilever utilizes a production revenue model. Several of these brands bring over 1 billion euros annually.

Like J&J and Procter and Gamble, Unilever’s business model relies heavily on research and development. The company has development facilities in India, the UK, China, the Netherlands, and the US.

In 2018, Unilever spent $809 million globally on R&D, and in 2021, it announced plans to pursue fewer but bigger projects, with a 30% reduction in projects by 2022 while simultaneously doubling project size.

The company has shifted its business direction over the past few years to focus on sustainability through strategic partnerships.

During the pandemic, Unilever played a vital role in shaping the global response to the virus. For example, Unilever partnered with the UK government to launch a hygiene campaign to tackle Covid-19. The campaign reached over one billion people in the developing world, providing soap, surface disinfectants, sanitizer, and advice.

In the Indian town of Kodaikanal in 2001, the state caught Unilever dumping toxic mercury waste in a highly populated area. Then, in 2014, Greenpeace accused Unilever of causing deforestation by buying unsustainable palm oil. The most recent blow came in 2019 when BreakFreeFromPlastic named Unilever one of the top ten global plastic polluters.

Despite these controversies, Unilever is in a strong financial position. In 2021, it generated 52.44 billion euros in revenue, an increase of more than 1.5 billion from 2020.

GSK PLC, formerly GlaxoSmithKline, is a multinational biotechnology and pharmaceutical company founded in 2000 with headquarters in London, England. According to its website, the company’s mission is to “unite science, technology and talent to get ahead of disease together.”

GSK is one of the world’s largest pharmaceutical companies (it was the sixth largest in 2019, according to Forbes). Currently, it is ranked 264 on Forbes’ Fortune 500 list, behind J&J and P&G.

When the pandemic hit, GSK was already in a strong position thanks to its previous work on vaccines and other vital medications. For example, several of GSK’s products are on the WHO’s list of essential medicines, including amoxicillin, pyrimethamine, and mercaptopurine. It also developed the first malaria vaccine.

In 2020, the UK government signed a contract for 60 million doses of GSK’s Covid-19 vaccine, which it developed with Sanofi. The US also ordered 100 million vaccine doses in a $2.1 billion deal.

Since then, GSK has unsurprisingly announced it will prioritize investment in R&D for vaccines, and other speciality medicines, which it expects will grow to roughly three-quarters of company sales by 2026.

To reinforce its investment in vaccine-based R&D, GSK announced in 2022 that it was acquiring clinical-stage pharmaceutical company Iffinivax, Inc., for a $2.1 billion upfront payment. Affinivax is pioneering the development of a novel class of vaccines to fight illnesses like pneumonia and meningitis.

I have included a SWOT analysis of J&J below, showing the corporation’s strengths, weaknesses, opportunities, and threats. 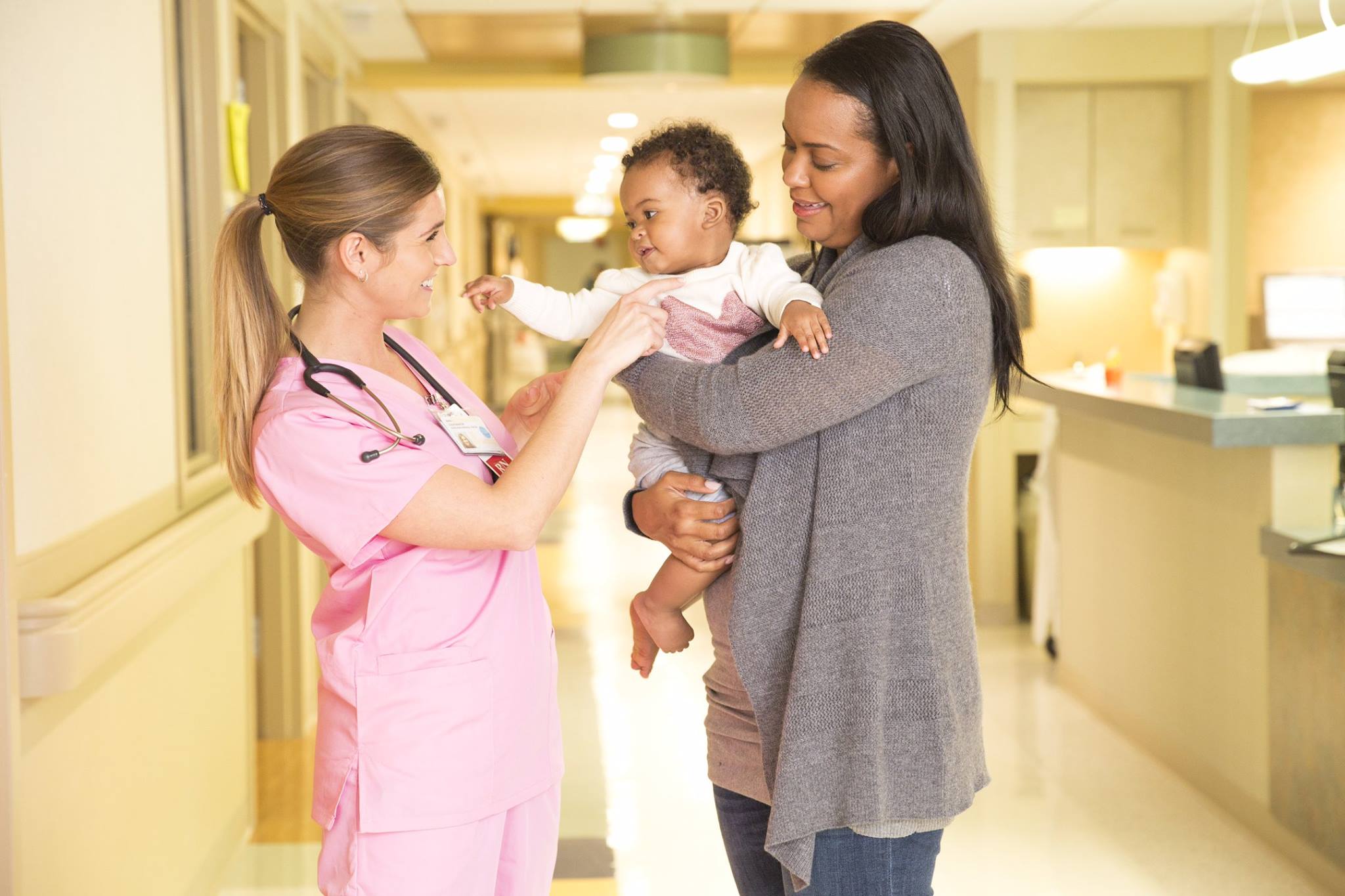 Question: Which company is Johnson and Johnson’s biggest competitor?

Answer: Regarding revenue, Pfizer is J&J’s biggest competitor. In 2021, Pfizer generated $81.3 billion thanks to its successful vaccine program. However, Johnson and Johnson still earned more revenue with a total of $93.77 billion.

Question: What makes Johnson and Johnson different from its competitors?

Answer: The thing I admire most about J&J, and which I think is its greatest strength, is the fact that it has such a diverse portfolio of products and services.

Question: What are Johnson and Johnson’s core values?

I’ve paid close attention to the global pharmaceutical industry over the past few years, and it’s been startling to see how a few companies have so much control over the health and wellbeing of people worldwide.

Thanks to its extensive product portfolio, Johnson and Johnson is one of these highly influential companies. Its decision to focus on research and development is wise, but as I’ve shown in this article, J&J’s rivals have the same idea.

At the end of the day, success in this industry often comes down to how much money you can invest in new technology and whether you can outbid your competitors for government contracts. Going forward, Johnson and Johnson is in a strong position to do both of these things.