With over 6 million American households cutting cable subscriptions in 2020, streaming services have sharply increased in popularity. Streaming services provide a la carte content that is affordable and easy to navigate.

Roku (NASDAQ: ROKU) is an industry leader in content streaming and has its share of competitors. Marketing its streaming boxes and Roku-enabled TV partnerships, the business provides users with hundreds of free visual content channels. Roku remains an independent consumer favorite compared to the heavy advertising from Amazon and Android streaming devices.

While you can binge-watch your favorite show with a couple of clicks, you may not completely understand how a company like Roku can generate such high revenue.

So, how does Roku Make Money? Let’s look at Roku’s diverse income streams and see who can give them a run for their money.

While advertising is the most profitable and device sales provide the least revenue, Roku makes, on average, over $30 per user from its over 60 million monthly active users. The company is valued at $45 billion dollars.

Roku was founded by Anthony Wood in October 2002. Wood is the current CEO.

Wood is also responsible for the startup SunRize Industries (Commodore), iBand in 1995, and ReplayTV (one of the first DVR devices).

The name “Roku” means “six” in Japanese, symbolizing the 6th company that Anthony Wood started. To this date, Roku is his most profitable company.

After working for Netflix for 10 months, Wood concentrated on bringing Roku to the market at an affordable price point. The first Roku was only able to stream Netflix content.

Within 2 years, Roku added 50 channels and expanded globally to Canada, Ireland, and the United Kingdom. Unfortunately, to compete with Amazon and Apple TV, Roku boxes were being sold at cost. In 2012, Amazon offered to buy Roku, but Wood declined.

Roku began to focus on licensing its technology and offering its operating system to streaming devices and smart TVs. Since Amazon and Apple were busy pushing their own content, Roku quickly gained market share as its content had no bias.

In September 2017, The Roku Channel was born. Roku provided users free ad-supported movies from MGM, Lionsgate, Warner Brothers, and Paramount. Like many online and streaming services, Roku used COVID-19 quarantine to its advantage. The company gained 14 million accounts just in 2020.

Roku continues to expand its content offering partnerships with Disney+ and NBC’s Peacock. The company employs 2,500 people and has offices in over 25 cities worldwide. Roku produces media-streaming devices that use Roku software. It utilizes the over-the-top (OTT) market, which provides various digital content over the internet, including television and film.

Consumers can use a Roku streaming box or stick or a smart TV with Roku built-in software to access the content. Once Roku is connected to the tv, consumers can access a wide variety of apps, including Netflix, Hulu, Amazon Prime Video, Disney+, etc. Each app requires a separate subscription cost (if applicable) and log in.

Roku also provides a mobile app with similar access to a box, stick, or smart TV. Select Roku products allow you to access music, video, or picture file from other devices and display them on your TV.

How does Roku Make Money? Roku makes the least amount of money on its hardware. For example, device sales account for 30% of Roku’s overall revenue. However, hardware accounts for less than 1 percent of Roku’s profits.

The current Roku product line includes (but is not limited to):

By 2020, Roku-enabled smart TVs had gained almost a 40% market share in America and 31% in Canada. Roku has licensing deals with 15 TV brands, including over 100 models.

Roku makes a licensing fee every time a Roku-enabled device is sold and activated by the consumer. Licensing fees vary by manufacturer.

Advertising on The Roku Channel Roku makes money from advertising different media on The Roku Channel. It also generates revenue from ads between content and when the consumer pauses the Roku. Licensing partners receive a cut from the advertisements.

The platform provides its partners with OneView, a software platform that can accurately segment users, so advertisers get more bang for their buck. Advertisers can also monitor ROI using ONeView.

Roku invests in owning content, so it doesn’t have to share advertising revenue. The Roku Channel purchased Quibi and the rights to This Old House and Ask This Old House.

In November 2021, Roku’s goals were to add 50 new Originals to the platform within 2 years.

Roku then features the content on The Roku Channel. Such revenue is likely based on the advertiser, type, or content length Roku creates.

Affiliate promotion of other streaming subscriptions

In 2019, Roku added a subscription video on demand (SVOD) service so the consumer could choose and purchase a streaming service such as Showtime or Hulu, all within the Roku platform. The company makes an affiliate fee by offering consumers a convenient and safe way to sign up for subscriptions. With the rise of digital streaming and the fall of expensive, bloated monthly cable bills, Roku has strategically become a leader in modern media. Roku focuses on creating original content for The Roku Channel, custom media services, advertising, and expanding its customer base internationally to stay competitive in the market.

The Roku Channel provides original content and helps its advertisers create custom content. As the platform creates more original content, it enjoys larger profit margins as Roku doesn’t have to share earnings with an advertising partner.

Roku also allows users to sign up for streaming subscriptions such as Netflix and Showtime directly through their Roku streaming device. In 2019, the company created software that allows Roku users to subscribe to multiple streaming services and pay for all of them through one bill.

Roku will also benefit from Netflix’s new ad-based subscription tier. In early 2022, Roku had more than 60 million active Netflix accounts, and that number is only expected to increase with Netflix’s low-cost ad plan. Unfortunately, this benefit could hurt The Roku Channel in the long term. By sending more people to Netflix, Roku’s originals may be abandoned by online streamers.

The company is registered under the ticker NASDAQ: ROKU. The company went public on September 28, 2017, with an opening stock price of $14.00. Currently (August 2022), Roku’s stock price is nearly 6x higher at just over $82 per share. The business was valued at $1.3 billion at IPO and is now valued at $45 billion.

According to Crunch Base, Roku has raised $208.6 million in over 11 rounds of funding. The last round of funding was in November of 2015. Roku is funded by 14 investors led by Fidelity, Fox Networks Group, Sky UK, Viacom Paramount, and Good Technology.

Roku makes, on average, 40% more per user than Netflix’s most expensive streaming plan. Roku’s strategy of having content for everyone approach has helped the company gain market share and retain customers.

The low-profit margin on device sales

While Roku takes a loss on its hardware sales to stay competitive in the market, the company makes up for the revenue loss by acquiring new customers and its advertising and licensing sector.

Supply-chain challenges and inflation also negatively affect Roku’s device sales, but both will eventually normalize and are not seen as long-term hurdles for the company.

Market share for smart TVs is very competitive and difficult for Roku to capture. Amazon and Google are fighting for smart TV partnerships and have more marketing dollars. High-end brands such as LG and Samsung still use their own smart TV software but could concede to a third party if consumers demanded it.

The platform has The Roku Channel for original content but cannot compete with giants like Netflix, Hulu, Amazon, and Disney+. As the company pledges to make more content, it will need to stand out amongst the crowd to receive traction for its efforts.

The rise of mobile TV

As consumers become more addicted to their smartphones and tablets, they are less likely to gather together around a big-screen TV. Not only are mobile devices portable and more convenient, but each family member can also watch a separate show without disruption. If the trend continues, smart TVs will slow in sales, as well as Roku streaming devices.

Answer: Once a consumer purchases a Roku streaming device, there are no monthly fees for channels that don’t require a paid subscription. However, if you want to view channels or apps such as Netflix, Hulu, or Disney+, you will need to purchase a subscription to said apps to access the content on the channel.

Question: Does Netflix pay to be on Roku?

Answer: Yes. Roku has licensing deals with Netflix, including a dedicated one-click Netflix button on the Roku remote control. For example, Roku receives $1 from Netflix every time a consumer purchases a Roku streaming device or remote with a Netflix branded button.

Question: Do I need Roku if I have a smart TV?

Answer: You don’t need a Roku if you have a smart TV. However, if you frequently stream your TV media content, it would be wise to consider adding a Roku to your electronic arsenal. Roku has a larger library of content options, is more user-friendly, has a better remote, has faster load times, and is updated more frequently than your standard smart TV software.

Question: Do you need WIFI for Roku?

Answer: While you can enjoy content like pictures, videos, or music using external media such as a hard drive or USB stick on the Roku without internet, connecting your Roku to WIFI will dramatically increase its viewing capabilities.

Question: Can you watch normal TV on a Roku TV?

Answer: If you have a Roku TV, you can connect an HDTV antenna to your TV to scan for local networks. After following the initial setup, you can watch local networks the same as watching Netflix or Hulu. Local channels include weather, news, sports, and primetime TV. All local channels found by the scan are free to set up and view.

Question: How many channels does Roku have for free?

Although Roku’s devices do not bring in significant revenue, the company’s hardware line is user-friendly and well-liked among users, and newer models include voice search technology. For example, consumers like Roku’s content neutrality above Amazon’s Prime content push. 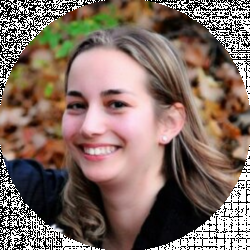