Mike Speiser, the Founding Investor and first C.E.O. of Snowflake, is a serial technological venture capitalist. He sits in over five multi-million tech-related companies as a director, doubles up as a Founding investor, and is credited with catapulting the cloud computing company of Snowflake to global prominence.

In his short lifetime of about 5-decades, he served as Vice president of 2 companies, co-founded renowned tech companies, and held a short stint as a University don.

These undertakings are among many others discussed below, which has seen his net worth rise to surpass the million label and earn him a Billionaire status noteworthy of Forbes ranking.

Below is a brief snippet of the venture capitalist’s education, family, net worth, business success, and inspiring YouTube video. First of is a summary of his bio-facts;

Children: Mike has no children.

Salary: Other than the $540,478 (detailed below) he got from Pure storage, he has no active income source and majorly relies on returns made from his vast technological investment interests. Mike Speiser was born Michal Lawrence Speiser in 1971 in Palo Alto, California, the U.S. He went through high school and later joined the University of Arizona, where he earned a B.A in Arts/Science.

He then proceeded to Harvard School of Business, where he graduated with an M.BA.

After his Master of Business Administration, he got a position as Faculty Lecturer at the Stanford University Graduate School of Business, a job he held till 2019.

He has lived across many states and regions in his many ventures and careers, including San Francisco Bay Area, Silicon Valley, and West Coast. He currently lives in San Francisco. 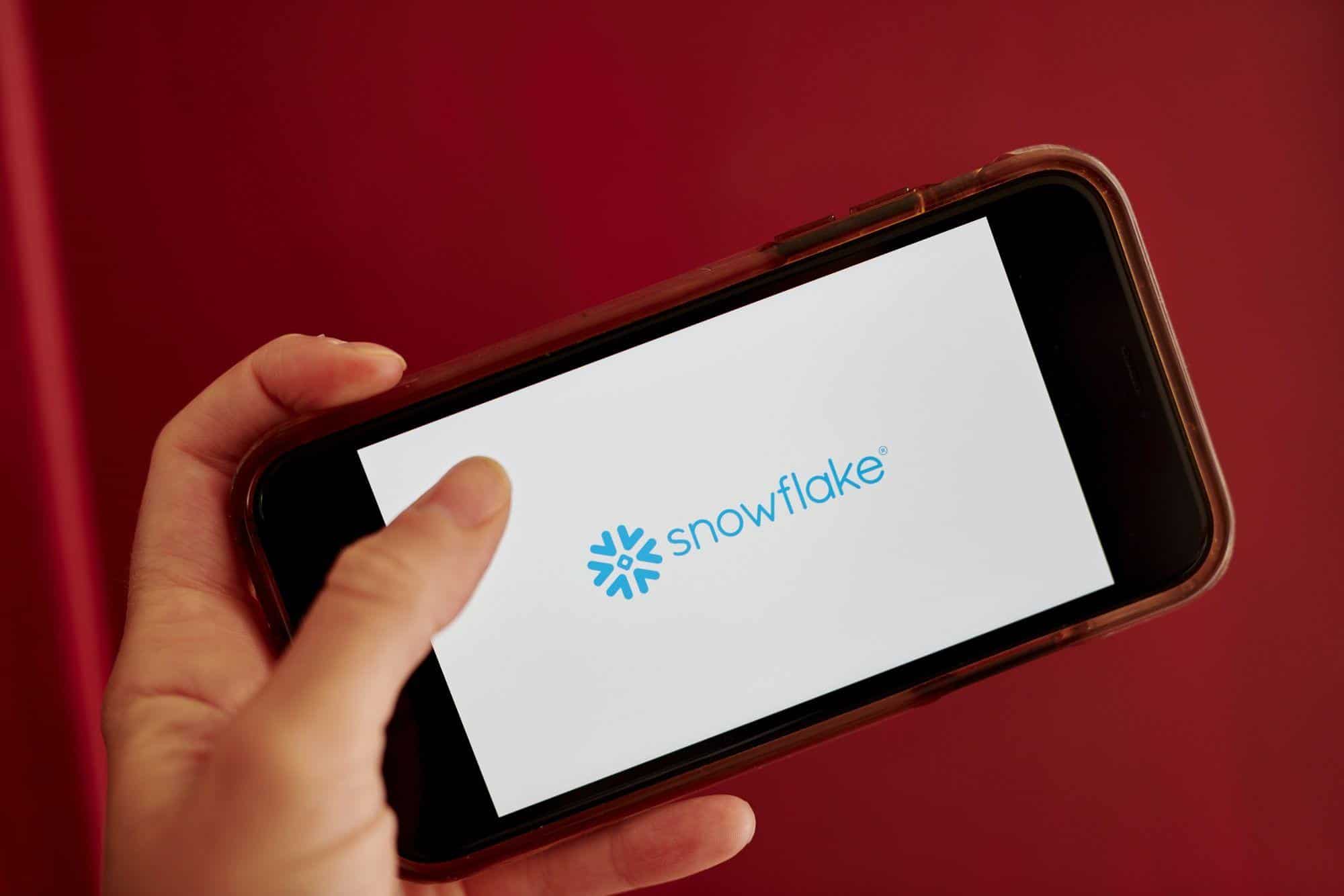 Mike’s most notable business success is how he managed to revolutionize how the business stored, retrieved, and analyzed data through Snowflake. Snowflake, an idea that later turned out into the biggest cloud computing warehouse.

On its first day to be listed on the stock exchange, the company started with a share price of $120, and by the close of the day, was trading at more than double the price. It then progressively advanced to rank as one of the most profitable cloud computing companies.

While most tech-related companies have had considerable success, not one software-based business has ever started with a $30 billion entry cap. This may seem like a drop in the ocean, but most business software-related companies, including Adobe, are worth $230 billion, Oracle is valued at $183 billion, and Workday is worth $50 billion. So a market cap of $30 billion is a pretty considerable sum for a newly launched software startup.

Snowflake was incubated at Sutter Hill Ventures, where Mike is a managing partner. The company started on a less than $200 million startup fund and grew it to be over $12 billion in less than a decade. Prominent business entrepreneur Warren Buffet made $800 million on its I.P.O., $200 million shy of the billion-dollar figure.

Prior to his current role as lead independent Director at Sutter Hill Ventures, he worked as a consultant at McKinnsey & Company, served as an analyst with Credit Suisse First Boston, and briefly worked at Symantec.

Mike was also involved in Clumio Inc, founded in 2017, and actively participated in raising $135 million in Series C funding. The funds were meant to bolster the company’s ambitious data protection plan to corporates.

Mike serves as a board member of the company. According to techcrunch.com, Clumio Inc has a net worth nearing or has slightly surpassed the $1billion mark.

Mike sits on the Board of Lacework, and he is also a founding Investor, a company that strives to offer extensive and real-time security. Lacework relies on advanced analytics to ensure end-to-end cloud security automation for various cloud computing companies.

He also sits as a Board Member and is a Founding Investor of Sila Nanotechnologies Inc., a company that seeks to enhance energy storage capacities for everyday use devices. The technology is built on Silicon-based anode material that relies on Nobel Prize-worthy Chemistry. Its targeted usage includes wearables, electric vehicles, watches, among others.

Another board on which Mike sits is Observe Inc. The company was founded in 2017 by Sutter Hill Ventures at a $35 million debt funding. The company intends to assist companies in identifying and solving lapses across different online systems.

Mike is also a Founding Investor and Board member of Sigma Computing, a visual programming tool that is purpose-built for cloud warehouse. The Business Intelligence tool (B.I.) is based on the all familiar and intuitive spreadsheet, is scalable, and has an incredible analytics interface.

Mike currently serves as the company director to Ghost Locomotion, a next-generation tech company developing a device that will hopefully turn cars into autonomous free driving machines on the highway.

In 1999, during the dot.com bubble, Speiser founded a consumer review site by the name Epinions.com. Through the site, consumers could access a vast array of reviews of items.

The company would later be sold to Dealtime in 2003, then Shopping.com before being acquired by eBay in 2005. At the time of acquisition, Epinions.com was valued at close to $30 million.

Before its acquisition by Yahoo, Bix, a contest site and online Karaoke, had registered over 1 million unique visitors and offered prizes of up to $50,000 in prize money to its contestants.

Though the exact acquisition sum was never revealed, rumor had it that it cost Yahoo $15million and a Vice President seat of Yahoo Community for Mike Speiser.

The Video draws a contrast between Facebook‘s I.P.O of 2008 and Snowflake listing on NYSE. In the Video, the venture capitalist Speiser is posited to make millions if not billions from the software I.P.O. that would trade in the New York Stock Exchange under the name ticker name SNOW.

Together with a few other investors, the serial venture capitalist had invested $200 million but had now grown it to over $12 billion barely a decade later.

In this brief synopsis, the article delves into the serial venture capitalist plan of investing. It notes how Mike consistently incubates not more than 2-promising ventures per year. And for each incubation, he follows the same old strategy that has worked for him.

Find a promising startup, assume an Interim C.E.O. role, shape its future and silently step down for a more suited professional C.E.O.. At the same time, he remains as Board Member and Founder Investor.

In 2015, Pure storage, -a privately held company, had the much-anticipated I.P.O. but ended up being one of the biggest I.P.O. flops.

The company started the day at $17 and closed at $16. By the close of the day, the company was worth less than it was when privately held.

As of then, Mike Speiser was serving as a Board Member and Founding Investor. Projections had estimated the valuation of Pure Storage at $3 billion, but after the I.P.O., its market value was $100 million less as it dropped to $2.9 billion.

The company directors could later attribute this to the market volatility and increased caution by investors to tech-related businesses.

As of the writing of this biography, Mike was a senior bachelor. He had no known kids or girlfriend.

As of the writing of this biography, Mike Speiser had a net worth of $1.2 billion and was ranked at number 2378 of Forbes 2021 Billionaires. He also ranks top 5 in Midas’s list of Top Tech Investors.

His fortunes got a major boost in September 2020 after the largest software I.P.O. that earned him a seat in the Forbes list of Billionaires. Prior to the I.P.O. of Snowflake, Speiser had been an aggressive tech and software investor whose main interest revolved around the tech world.

According to Forbes, Mike’s net worth stood at $1.2 billion as of the writing of this article. A figure Wallmine concurs with as it values Mike’s net worth at $1.17 billion. His fortunes took a sudden turn for the better in September 2020 after the largest ever software I.P.O. saw him sleep a millionaire and wake a billionaire.

Prior to the ‘blockbuster’ sell that saw his financial fortunes soar, he had made other notable sales, including Bix, which saw him get an undisclosed sum of money and a Vice President job at Yahoo, and a $30 million deal when he sold Epinions.com to Dealtime in 2003.

Forbes ranks him position 2677 in its list of richest people in the world.

This was the response Speiser gave to Gerstner, a CNBC host, who had was interviewing Speiser. And true to Speiser’s words, Snowflake went on to software I.P.O. at NYSE trading at $120 a share and closed at $253 a share, having hit a market cap of $70 billion.

“We invest in companies that leverage and drive fundamental technological shifts in massive markets……….. Lacework is one of Sutter Hill Ventures’ most important and promising portfolio companies.”

The quote above was in reference to a major positioning of Lacework that projected to grow the data security company to heights that had not been scaled early. The company had by then secured a $525 million growth fund to strategize and grow.

This was a response Mike Speiser gave when he was asked how he manages to catapult most of his ventures to amass considerable sums successfully. His response heavily borrows from the 80/20 Pareto principle.

“There hasn’t been a $100 billion company in security, and we think that’s about to change.“

Mike made this quote shortly after Snowflake’s total market value surpassed the $81 billion mark after its I.P.O. on NYSE.

This was a response he gave when he was pushed to comment about the premarket excitement prior to the IPO that had seen investors push the share price higher and higher.

“I’ve found that just by an intense focus on things, I can do really well if I stay in my swim lane, I work really hard, and I surround myself with a ton of people in other areas,”

This was Speiser’s closing remarks during a CNBC interview where he broadly and proudly shared about his Pure Storage, Lacework, and Snowflake journey.

Question: Who is Mike Speiser?

Answer: Mike is a venture capitalist that currently serves as managing partner of Sutter Hill Ventures. He is also a board member of 9 companies and has worn many hats across different tech and non-tech companies.
He joined Sutter Hill Ventures in 2008 long before it got a substantial stake in Snowflake, in which he served as Interim C.E.O. and Founding Investor.

Answer: Unlike conventional venture capitalists, who bet on company founders and let them do their magic, Mike invests both time and resources and, more often than not, assumes the responsibility of interim C.E.O. and Founding Investor.